Were kicking off our Firestorm: Lorraine Campaign tonight with a big three player game. Pete and I will join forces as the diminished Wehrmacht trying to hold the line against Matt's Americans. We've not picked armies yet as the Firestorm troops involved and the location of the battle should impact on our choices.

Here's the map at the start of the campaign: 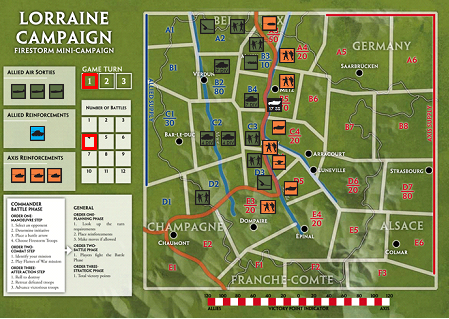 We're not going to be too intensive about things, so this is a project that could take some time.
Posted by Kieron at 09:19