I’ve carried on doing a little work tidying up my board for the Board in Brum 7TV event this coming weekend. Due to time constraints, this has only actually involved a single new terrain piece and a couple of signs, but it has given a little bit of TMNT flavour to my generic city board. 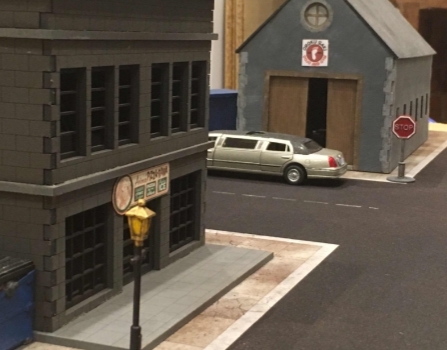 Also, there’s the little bit of work I did last week on the residential block and the TCRI sign.
Here’s the overall layout. 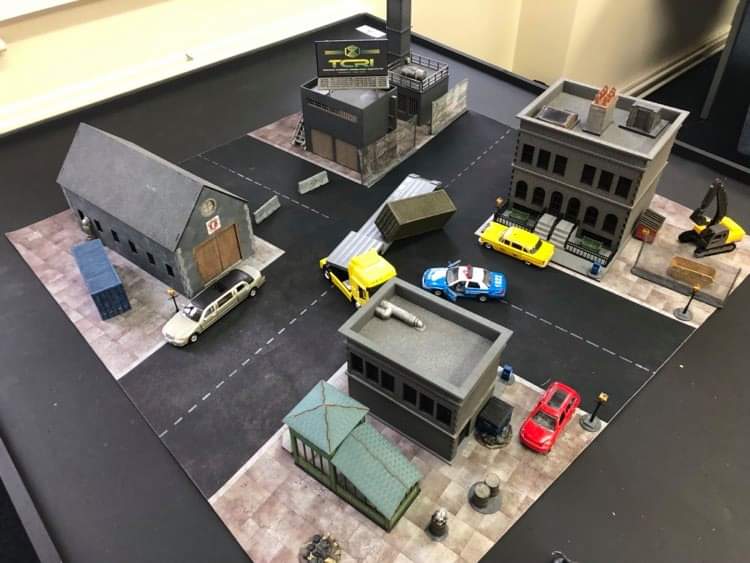 Some of the roads are a bit barren and potential kill zones, but roads are a bit like that.
The fuel tank is the new piece I’ve done this week. It’s from a company called Urban Construct and I picked it up at a show years ago. It’s a really rough cast, which is why I’ve never got round to it, or bought anything from the company since. I’ve kept it fairly generic in terms of colour scheme so that I can potentially use it in a range of settings.
So that’s all ready for the weekend. It’s functional and looks good enough, although I’ve seen some of the other boards that will be there and they look stunning.
The painting tally has taken a bit of a hit as I’ve only added the fuel tank, but something I ordered just after new year finally arrived, and this month’s Wargames Illustrated unhelpfully comes with 6 Bolt Action miniatures.
Acquired: 7
Painted: 6
Bugger!
Posted by Kieron at 12:45