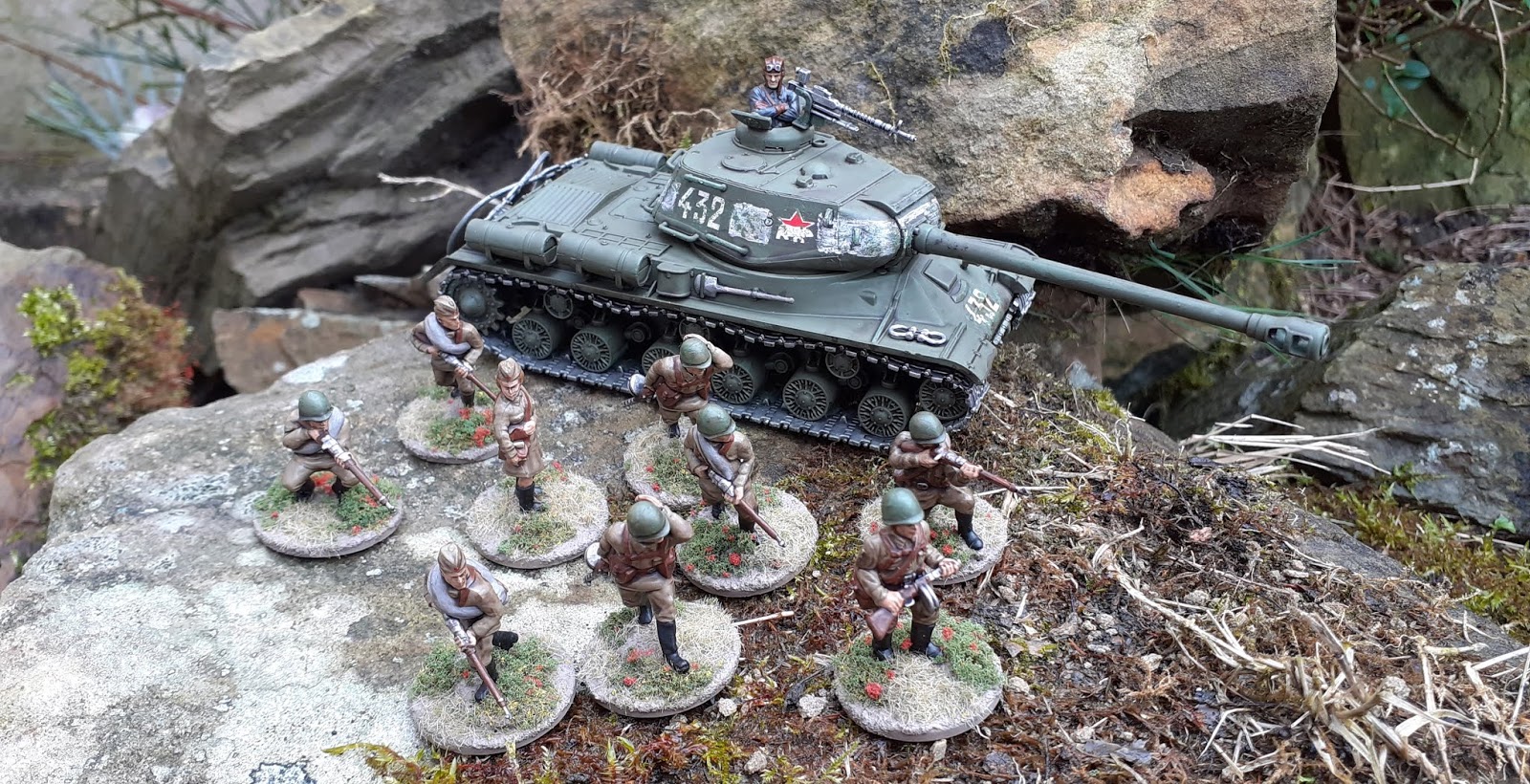 I'm really pleased to have finished off the last of the unpainted Soviets in my to do list, even though I hadn't intended to...more on that later. First up is a Warlord Games IS-2, a heavy tank with a big, big gun.
The kit was straightforward enough to assemble, but I'm constantly mystified with these kits why the turret (not including the gun) and tracks come in several pieces when Rubicon are able to do similar models with single piece turrets and tracks.

In terms of painting, I've kept things simple, as with the rest of my Soviet tanks. However, as well as adding the white stripe on the turret to indicate a Guards regiment, I've also grubbied up the transfers with paint chips to indicate wear and tear.
I like ho this has turned out and will probably do the same with the rest of my vehicles soon, as it's a pretty quick job. 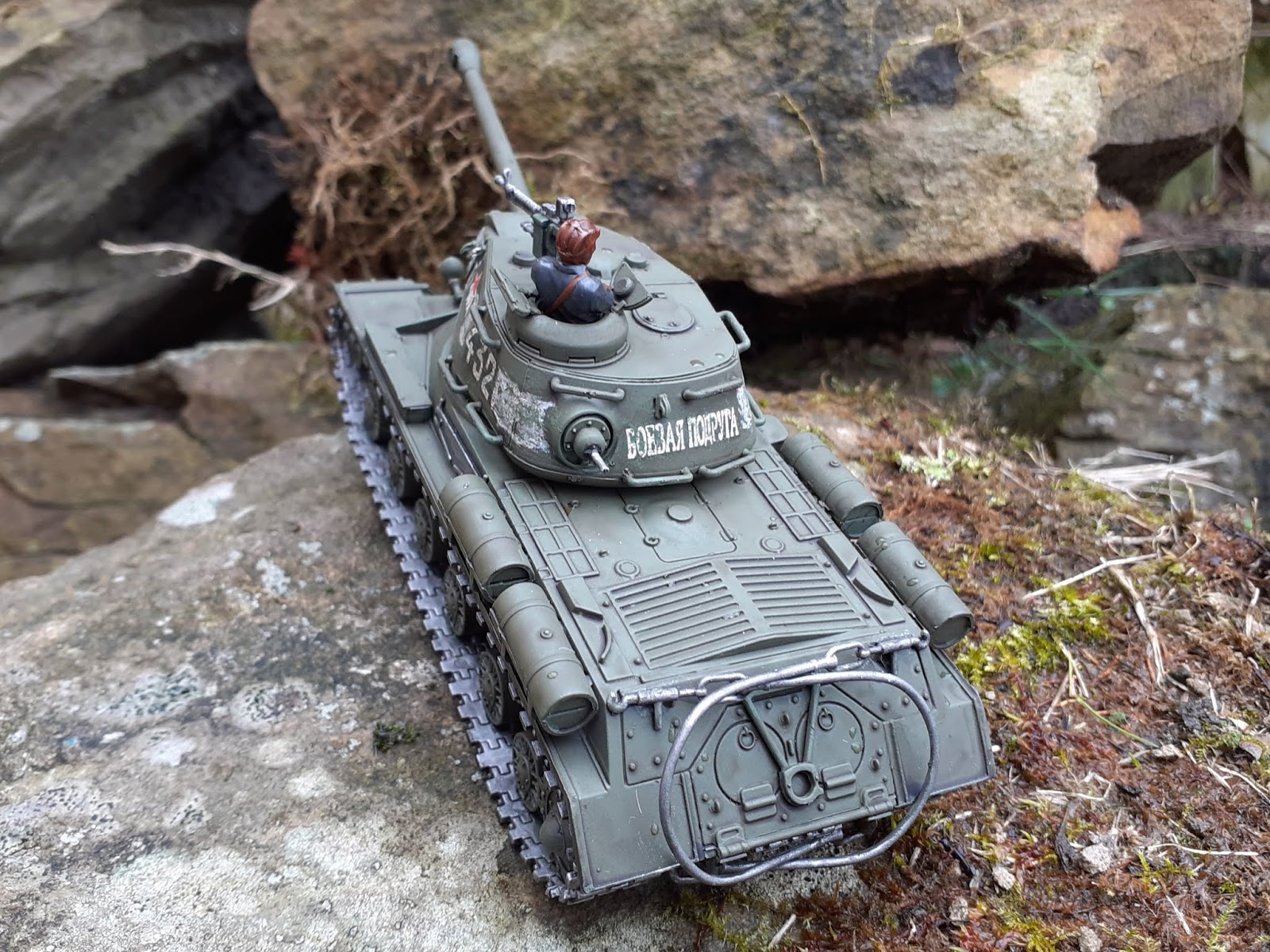 The IS-2 packs a heavy anti-tank gun, 3 MMGs (one of which is rear facing) and a pintle mounted HMG.
The price for all these toys is that this can't be the first unit I activate in a turn. I'll get a chance to see whether this is a problem or not in a game I'm playing against Matt tomorrow. 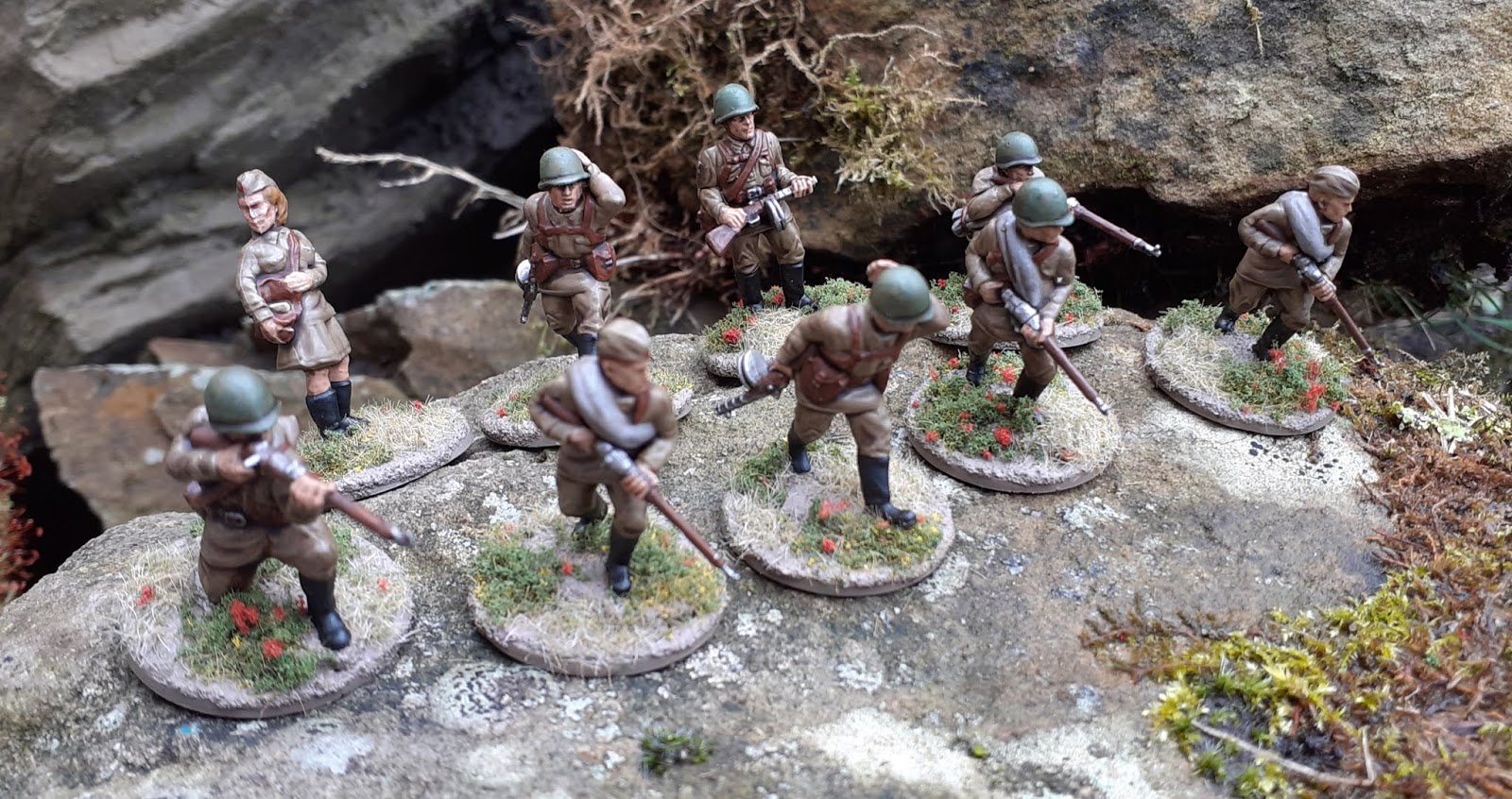 The infantry are the remains of a Plastic Soldier Company box I bought before I even played Bolt Action. The models are of dubious quality and include some bizarre poses.
I hadn't intended to paint them at all, but I spilt a load of khaki paint when I was basecoating the other infantry I painted earlier in the week, and not wanting to waste the paint, I quickly grabbed these models and slapped it on them as an undercoat.
They'll never be my favourites, but as was commented on one of my earlier posts, you can never have too many Russians. Also, it means I've added ten models to the painted pile (and reduced my acquired total by one as I threw another one away).
Acquired: 93
Painted: 64
With the Soviets done I'm now going to moving on to another unfinished (in fact, unstarted) project as I'm quite enjoying the sense of completion I'm feeling right now.
Posted by Kieron at 12:33