He-Month continues to grow and bloom and I’m reaping the harvest of seeds sown some time ago. This time my green fingers have blossomed into more reinforcements for the Evil Horde: Scorpio, a Slime Monster and Catra in her Dylinx (purple panther) form; along with some more Eternian terrain. 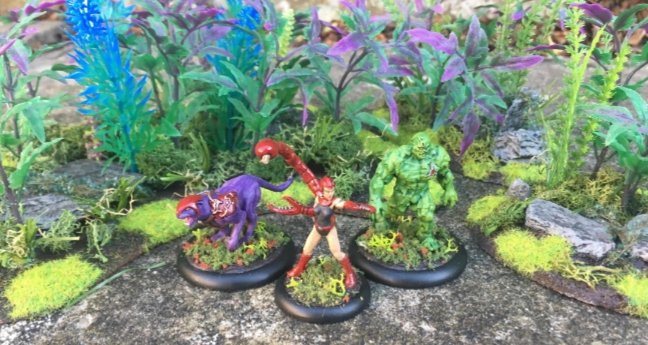 The terrain is the continuation of an idea I had this time last year and is simply some plastic fish tank plants based to look like a bit of jungle - hence its inclusion in the ‘green fingered’ theme.
The addition of the blue fronds makes it suitable for use as an alien planet, or even a lost world environment for my pulp adventures. The vibrant colours certainly evoke the landscape of Eternia or the Whispering Wood on Etheria.
In order to get it to match the similar terrain pieces I did last year, I needed to redo the static grass I used at the time as I bought the wrong shade when I restocked recently.
However, the addition of a particularly livid green grass only serves to make the terrain even more garishly appropriate.
Force Captain Catra is able to take on the form of a dylinx (a large purple panther) when she puts on her magical mask, and so I needed a model to represent her in this form.
This panther is from Mantic Games’ new Vanguard range and comes in a bundle with other models. However, I was fortunate enough to pick up a single panther for a few quid from eBay.
I was torn as to whether to use this as Skeletor’s pet Panthor, however it’s perhaps a little small to serve as a mount, and I’m hopeful that somebody might get round to sculpting Skeletor on Panthor at a later date.
Why ‘green fingers’? Well, because the original model has wings on its helmet that needed cutting off and smoothing down, a job I finished off by rubbing in some greenstuff.
On the subject of greenstuff, I’ve ventured into the realm of sculpting for the first time with Scorpia, which is based on another of the Hydra Miniatures range of Valkeeri that I have used for both Catra and Glimmer so far. 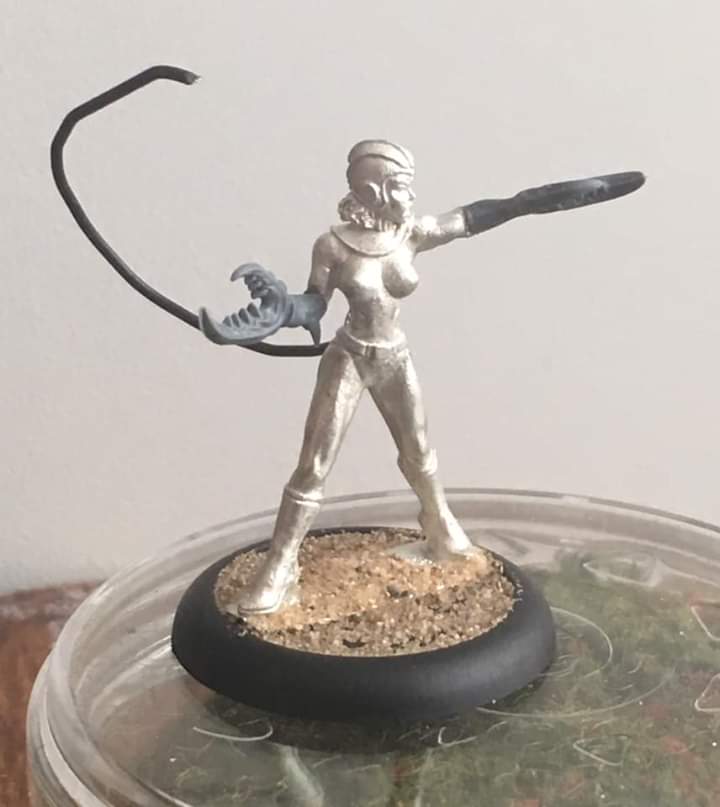 I began by cutting off the hands and replacing them with GW Daemonette claws (I did consider using a Daemonette for Scorpia too). I then pinned a wire into the base of her spine (or up her bum) and curving it over the model into a position like a striking sting. 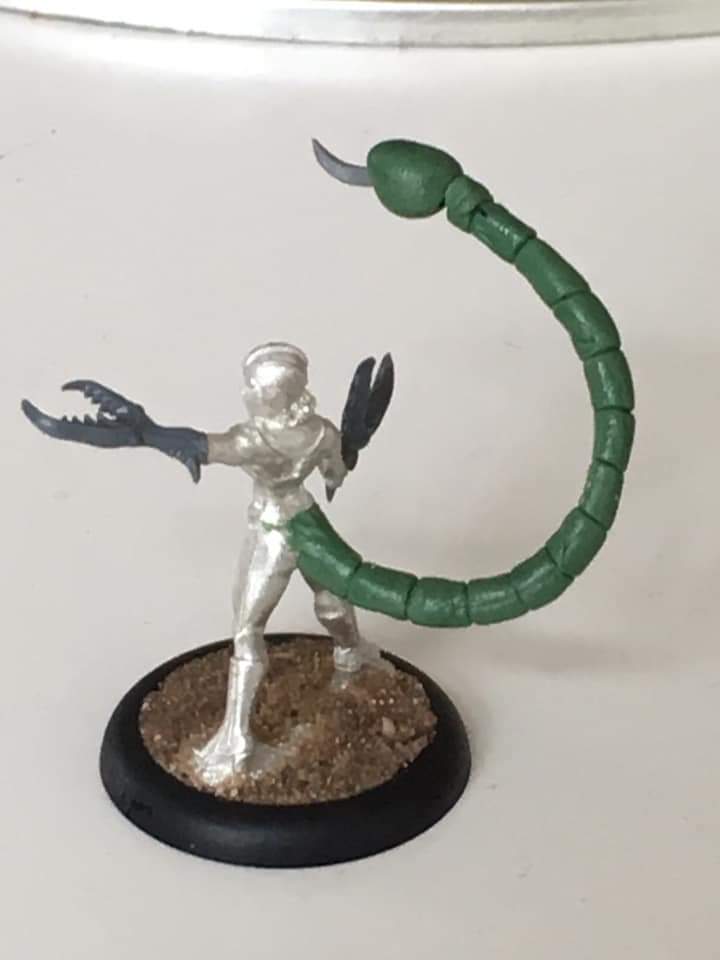 I then wrapped greenstuff around the wire and used a blade to cut the segments. The ball of the sting was added last with a bit of a zombie’s pitchfork embedded as the tip of the sting.
It was a bit rough and ready, with more than a few fingerprints and folds, so, once it had dried I set about trying to smooth out the worst bits with a modicum of success. When it came to actually painting the model I cheated a bit and used the Blood For The Bois God technical paint over red that had been washed brown. The sheen of this paint has hidden a multitude of sins and ultimately I’m really happy with how she’s turned out.
However. I don’t think I be starting a career in sculpting any time soon. 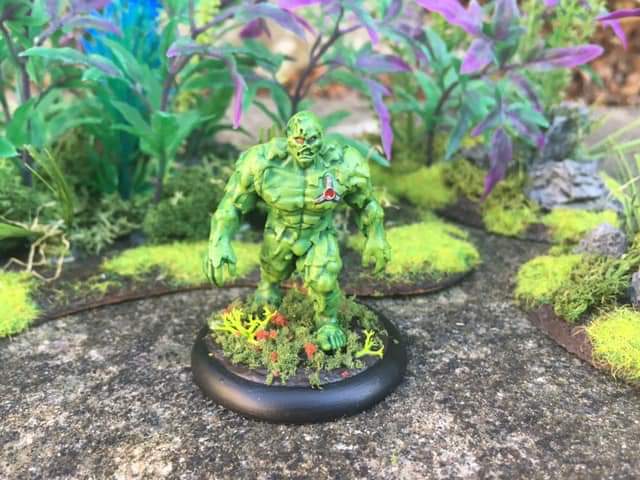 The final model in my green fingered theme is a Slime Monster which has fingers that are green.
This model is actually Tox, a superhero model from Kitbash Games upcoming range of miniatures which was kindly given to me by Leon, Pulp Citizen. This is a great model to paint and a high quality sculpt, and I’m really looking forward to this range hitting Kickstarter.
It occurred to me that Tox would make a suitable victim for Hordak’s mind-controlling slime pit. Although it was typically He-Man Who this was used on, it seems likely that Hordak would also seek to take control of other powerful creatures and unleash them on his enemies.
Again the tally has moved in the right direction, although I’m still suffering from the AVP ambush:
Acquired: 63
Painted: 19
Posted by Kieron at 08:10