Don't Look Back In Anger

As 2019 comes to an end it's time to review how I've done with my gaming resolutions for the year.
However, before getting to that, here's my last miniature of the year; a slave tech from Fallout. 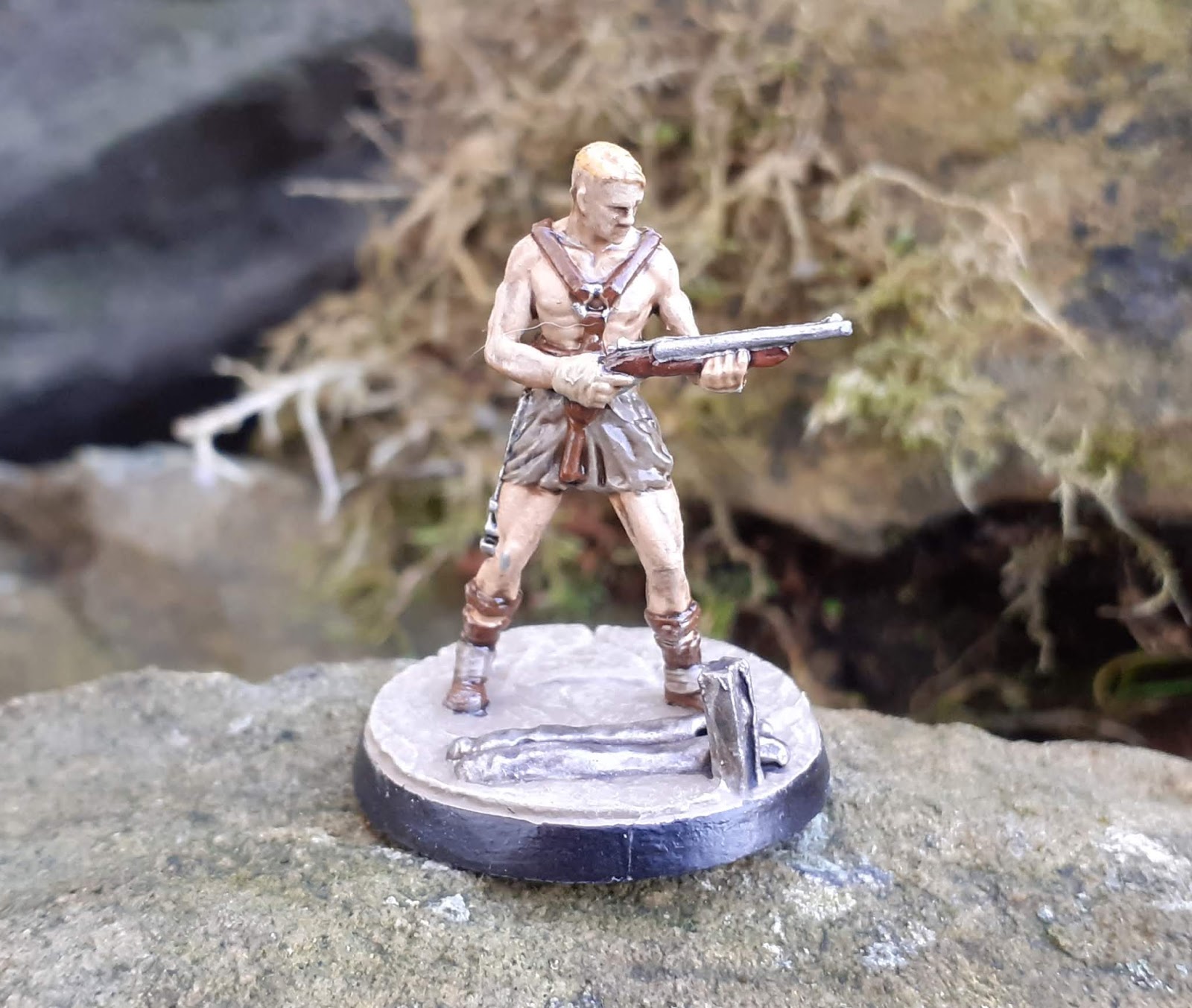 As it's from the starter set, this miniature is cast in PVC and it suffers for that. The material seems to struggle with finer details like faces and, just like Reaper Bones, has mold lines that I don't see until the models are painted.
This was never going to be my favourite from the set, but he's done to an acceptable standard.
And now on to the resolutions I set for myself; let's see how I did...
1. No New Games - Fail 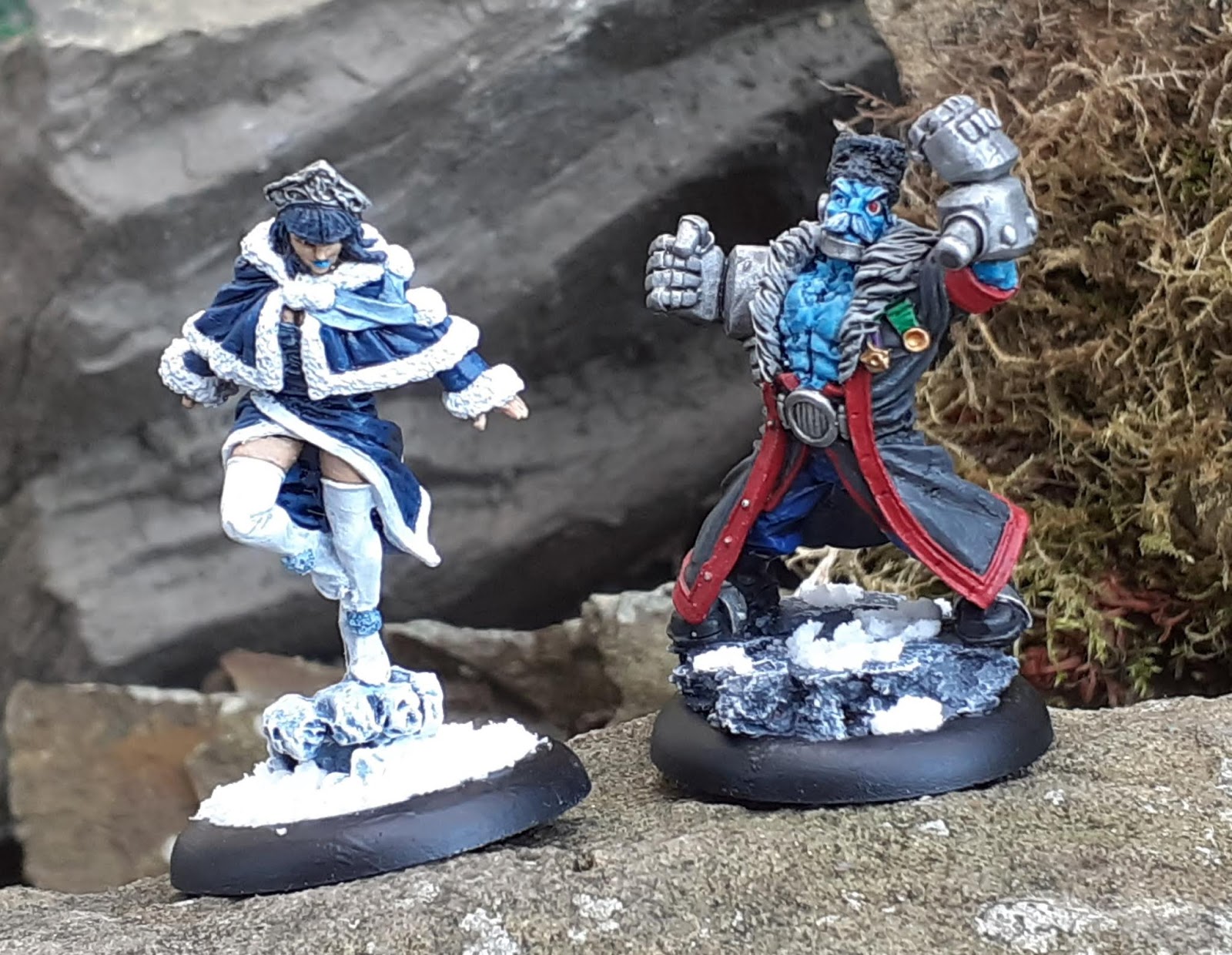 Despite my resilience earlier in the year in deciding to pass up the AVP game I won, the lure of new and shiny games got to me in the end. Pulp City, Rangers of Shadow Deep and Fallout: Wasteland Warfare have all dragged me into their orbits in recent months. In fairness, two of them are solo games and all three have a small model count, but a fail is a fail.

I listed a number of games last year and I've only actually 'finished' one of them, Terminator: Genisys (by which I mean I don't have a backlog and have two fully painted forces). However, although I've painted some Batman and Dropzone Commander, I've actually bought more for each game, and I haven't touched the Walking Dead, Flames of War, Dropfleet Commander or my War of 1812 army, again. 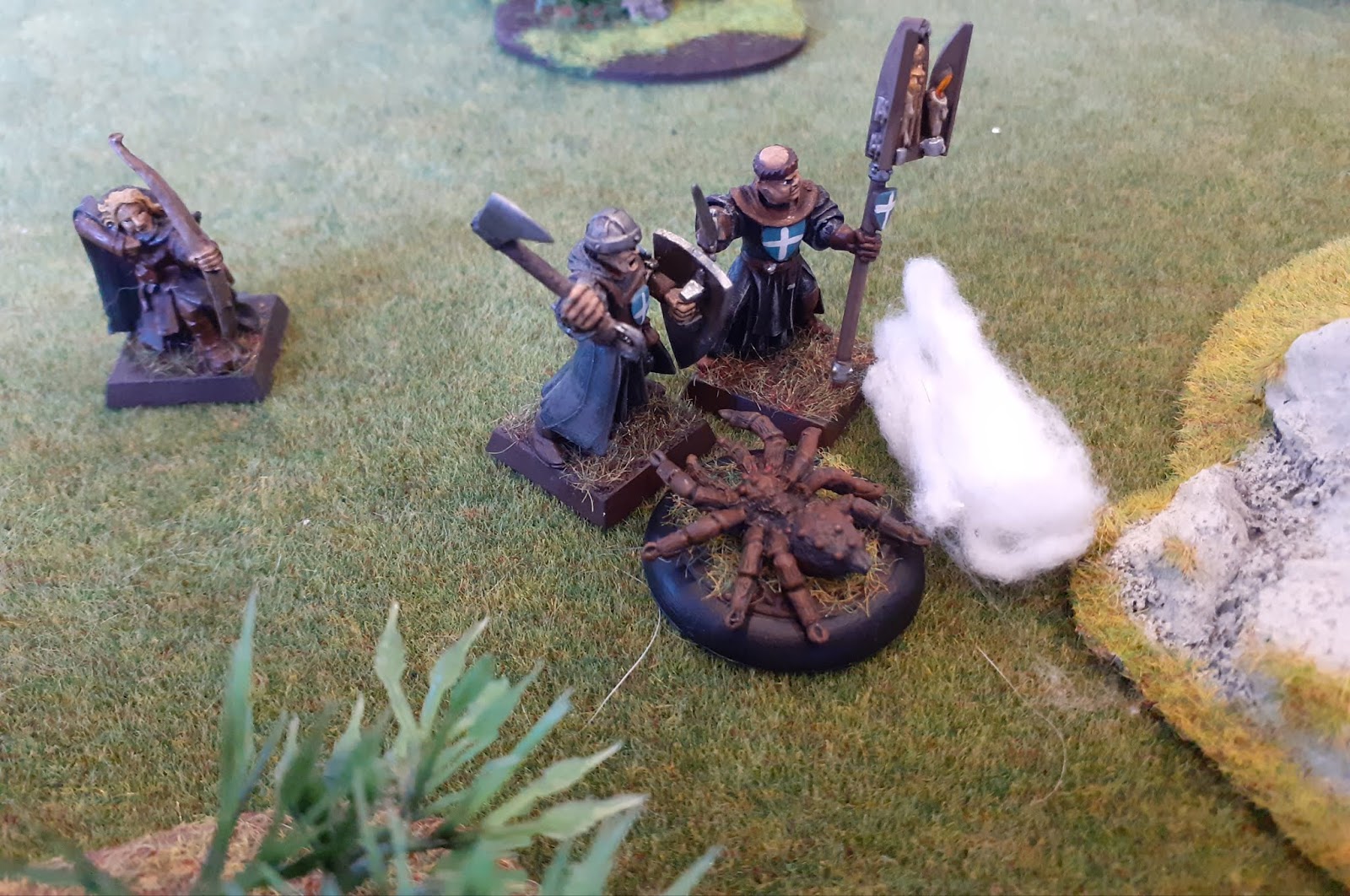 Although I have entered into a cooperative Rangers of Shadow Deep campaign with my daughter, I didn't actually return to the solo campaigns I mentioned last year in the Walking Dead or Super Mission Force. I will return to these campaigns one day, but I'm still waiting for motivation to strike.

4. Paint More Than I Acquire - Fail 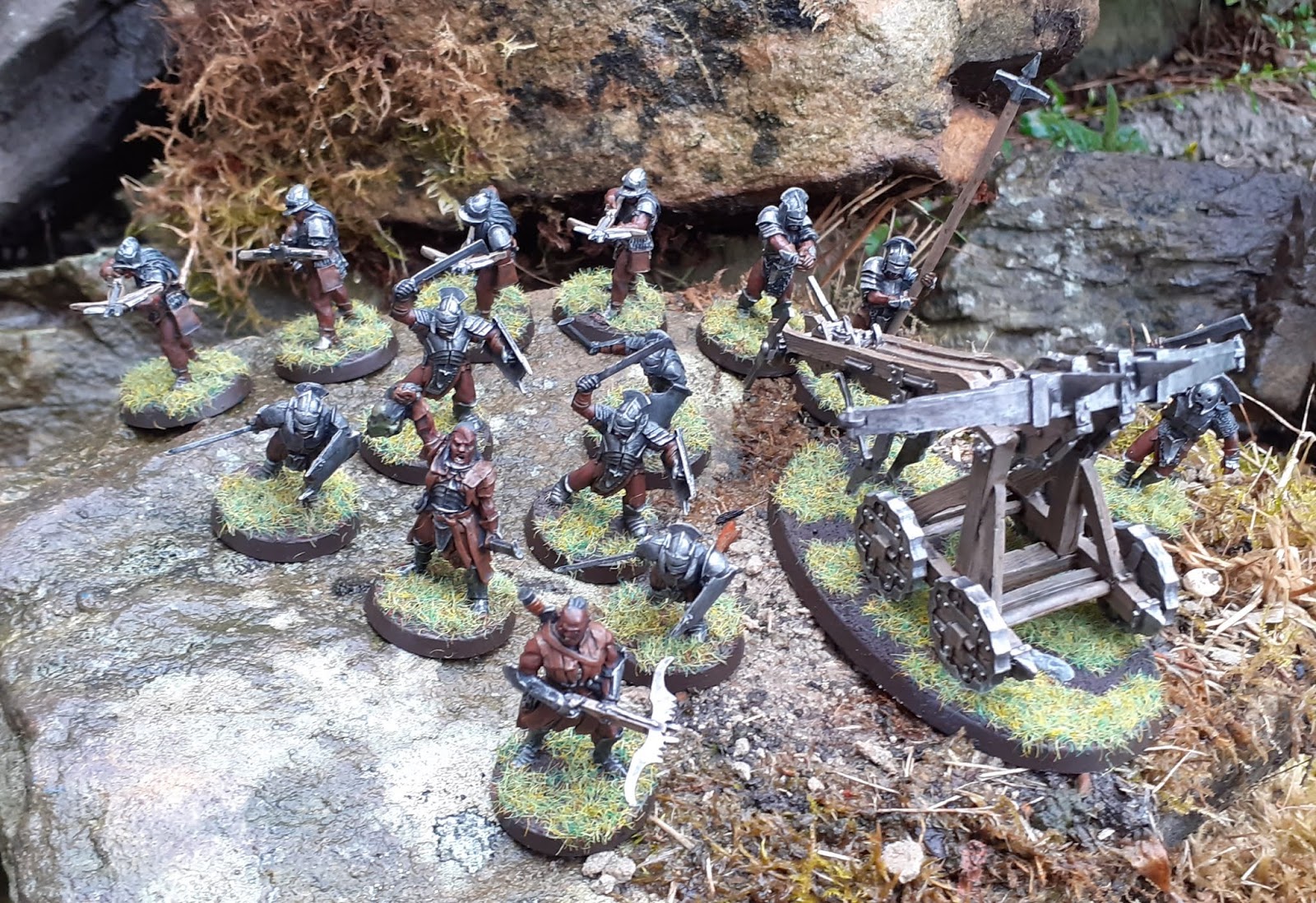 With the addition of the Slave Tech, a slight readjustment of what qualifies as a 'model' in the Mantic terrain I recieved, and a late secret Santa gift of an IS-2 tank (with infantry), the final score stands at a depressing 276-226.
226 is not a bad tally, and I have been somewhat hampered by Wargames Illustrated's constant stream of free sprues, but I've got into a slightly generous habit of giving these to people whole use them rather than hoarding. However this still wasn't enough to see the lead pile reduce.
5. Play & Paint More 7TV - Success 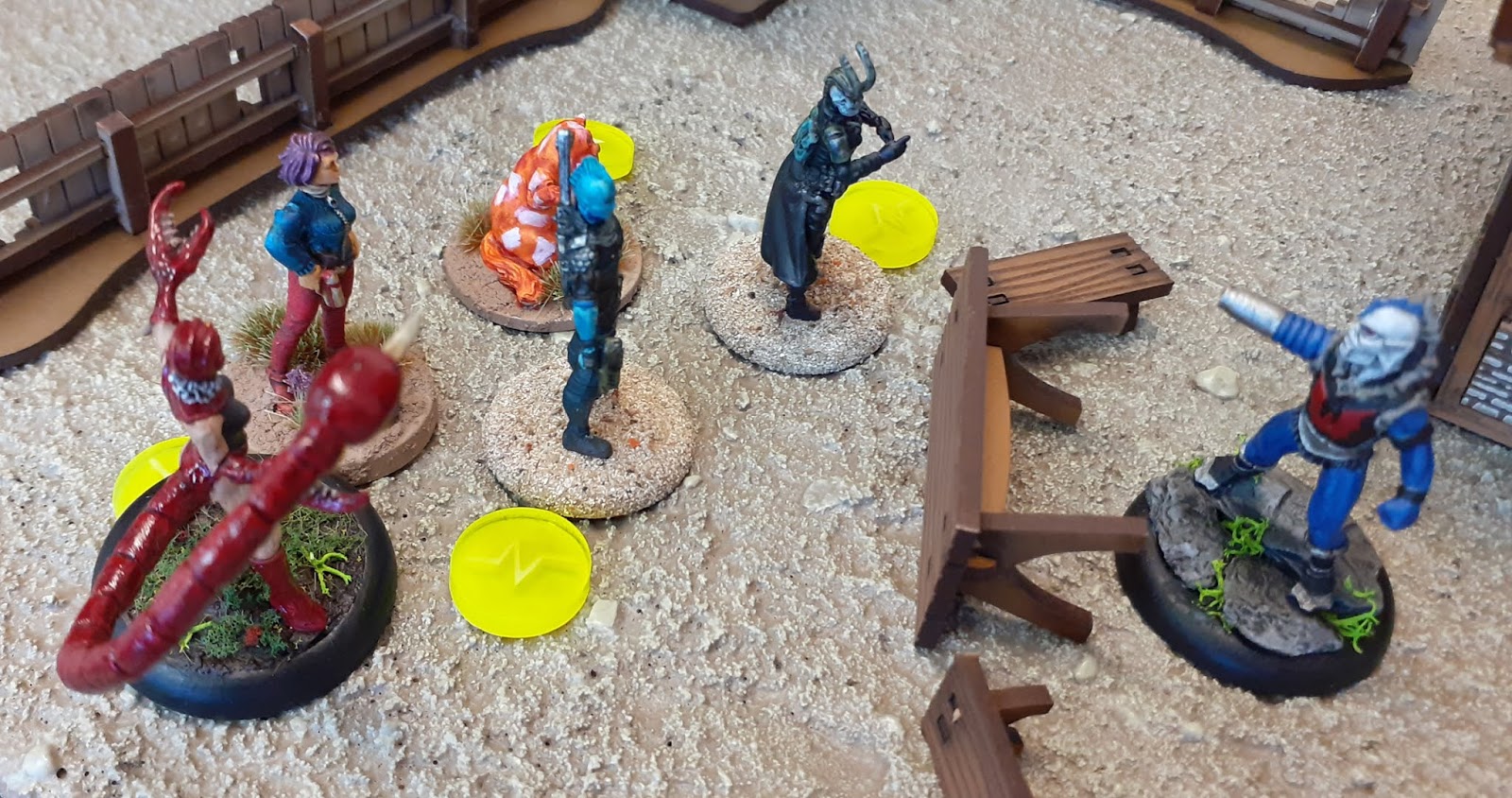 I've been to five 7TV events this year and played quite a few games with Matt as preparation and as a playtester for the Menagerie of Terror. I've painted more Masters of the Universe miniatures (and taken them to two events, winning best cast at one), loads of terrain, giant ants and a scorpion, a V cast, several vehicles, and numerous other miniatures. In fact, my focus on 7TV related projects is probably the reason I haven't made that much progress in other areas.

With such a weak performance this year, I'm going to keep things simple for 2020 and just have the one resolution.
I'm going to conquer the lead mountain! 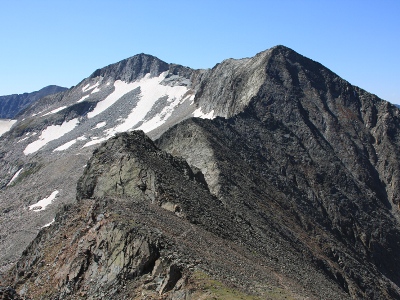 Not the one in Colorado though.
I'm not going to get rid of the lead pile altogether, that would be crazy talk (let's not bring up Operation Unthinkable, m'kay?), but I am going to aim to finish off or get rid the backlog from those older projects that have been haunting me for several years. I'm also going to paint more than I acquire; and this time I'm going to build up a solid lead before Christmas ruins it.
And that's me signing off for 2019. Thanks for sticking with my meandering blog, and I wish you and yours a very happy new year and I'll see you on the other side.
On the plus side, my painting should improve as I will once again have 2020 vision! 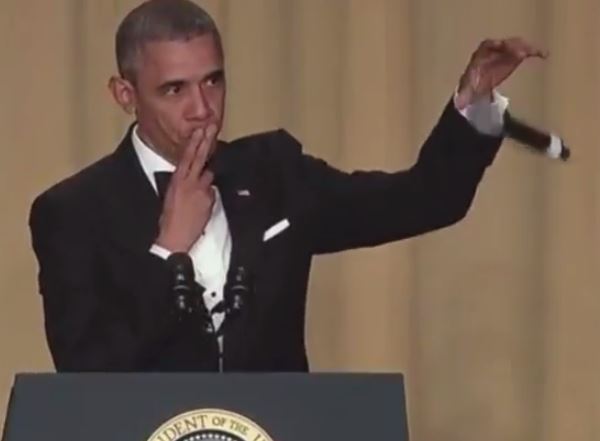