Apologies for the appalling pun, but I was struggling to find a title that linked my most recent progress.

First up, I've finished off the two remaining models from the Arkham Lunatics pack, the serial killer Victor Zsasz, and the awkwardly named File No 08923. These have been sat half-finished in the paint queue for well over a month as I found them quite daunting for different reasons.

File No 08923 has a lot of fiddly detail on the face as it appears that the authorities have mysteriously decided that the best way to treat his aggressive schizophrenia (his special rule in the game) is to use metal clips on his eyelids and mouth. I don't know about you, but personally, I suspect that would make me and my multiple personalities more aggressive. This character's rules seem to imply that he rushes madly towards whoever is closest, so I'm not sure how I'd use him in game, but he'll get a run out at some point. 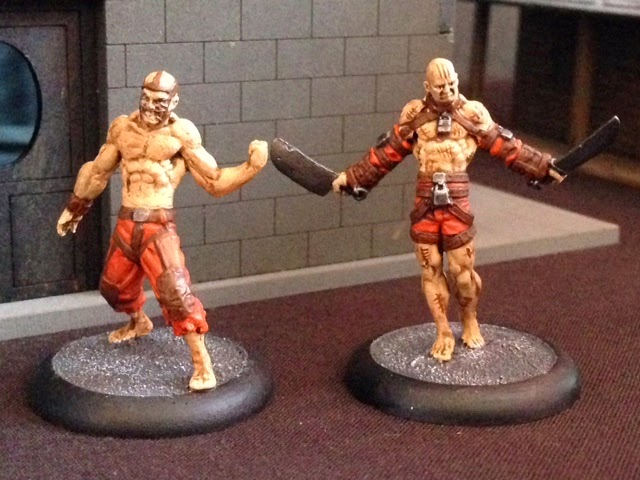 Victor Zsasz is one of my favourite villains. First appearing in 'The Last Arkham' storyline, he's a sinister killer who marks a tally of his kills in his own skin, and it's these scars that gave me pause when painting him. However, I eventually psyched myself up to get them done and overall, I'm happy with them. I've someone gets up close they might find fault, but at normal wargaming distance, the scar looks like what they're meant to be.

I have to say that I'm not overly keen on the look that the Arkham City game gave to Victor Zsasz as I think it's a bit too 'fetish', and those blades are a bit daft. I've quite liked the version of Zsasz that's turned up in the Gotham TV show (even though he's a bit shooty), and with Knight Models now having the rights to produce characters from that programme (they released the Penguin this month), I'm hopeful that an alternative Zsasz will become available. 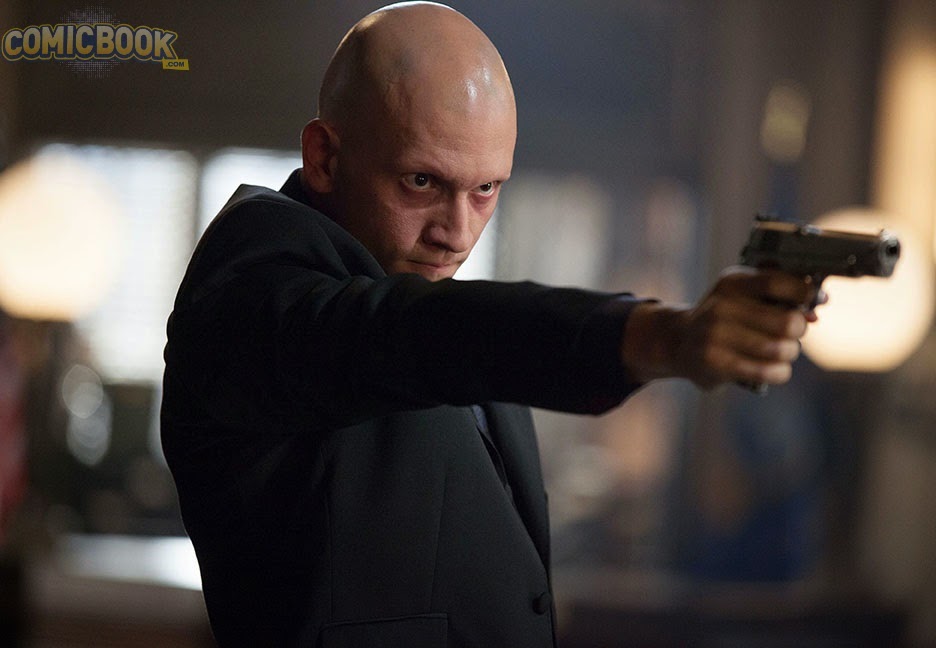 I've also finished off the second MDF warning sign. This one's not quite in the same colour scheme as seen in the Arkham City game, I've replaced the paler red with black lettering with dark grey and white lettering. I quite like it. These two signs will bring some much needed colour to my currently quite bleak rooftops or allow me to at least create an effective Arkham Asylum entrance using my fences and the gate from Fenris Games.
﻿ These signs have been fun to do. The details are clearly etched and so they have the feel of painting-by-numbers, which is more relaxing than most of my painting. I think I said in an earlier post that I was initially sceptical of the need for these as terrain pieces, but I wholeheartedly take that back and I'm genuinely looking forward to getting my hands on their new billboards set. 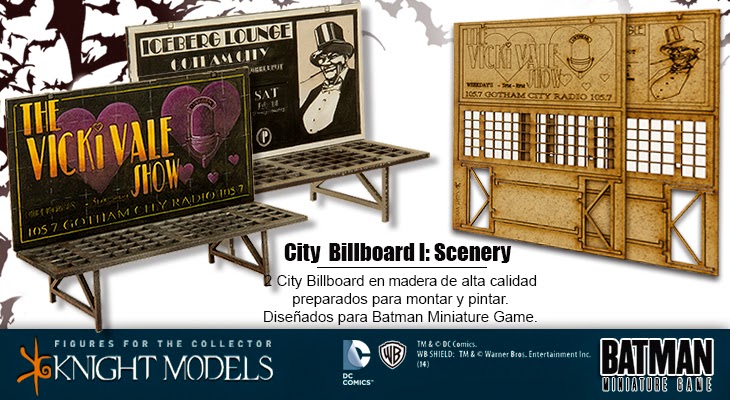