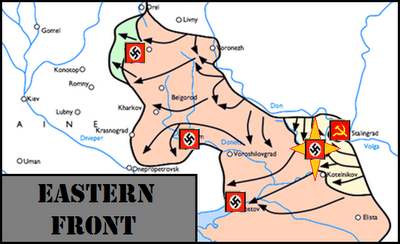 More fighting is expected in all theatres this week, and I suspect that German resolve will once again be tested.
Posted by Kieron at 08:18