Bat In The Game

After a bit of a Bat-break, I've finally got moving again on my ever-expanding BMG collection by completing another Batman (the Frank Miller version) and Black Canary. If I'm honest, these two have been arguably my least favourite models to paint for reasons I'll go into below, and that is probably one factor in my recent slowdown. 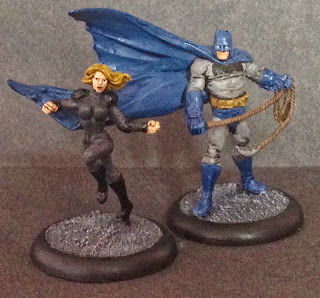 Canary took a bit of hacking initially to remove the tactical rock from her base and re-position her foot. I also had to build up he foot as I accidentally took a chunk out of it whilst removing the rock. I'd initially planned to have a go as painting her in her traditional garb of fishnets.

However, not only did it turn out that the casting of the mesh on her legs was too shallow in places, but also there was a socking great mould line down the back of her leg completely messing up the pattern. 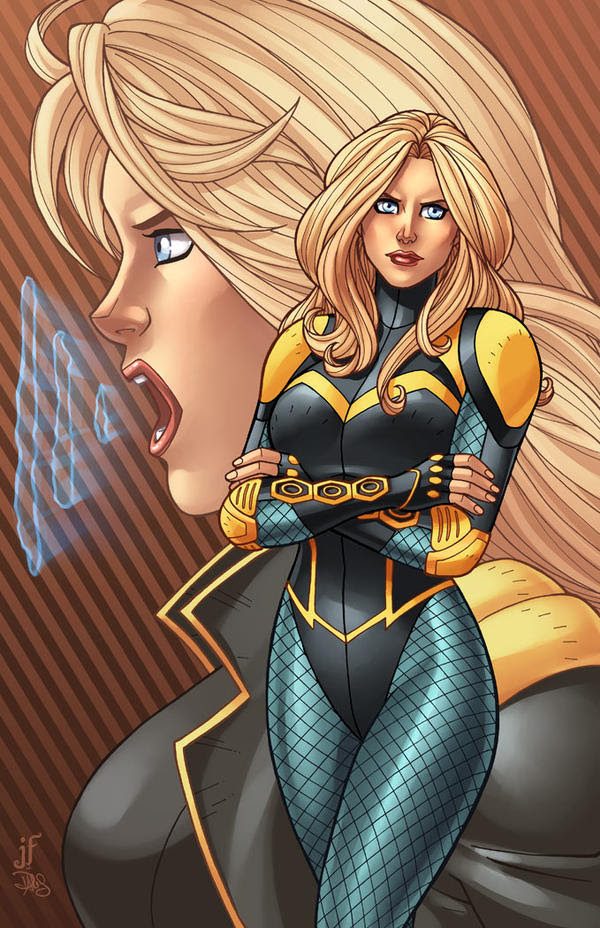 You can't quite see it in the picture, but the darker areas have actually been built up with ink and so a shiny, and the face is better than it looks but I couldn't get the light right when photographing her. 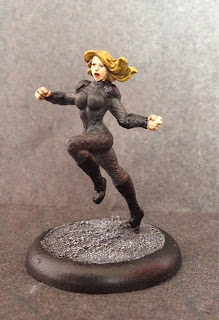 In the game, Black Canary is yet another Acrobat, built for speed and loot grabbing. However, she comes with her Canary Cry, which is a template attack that can potentially cause an entire swarm of Henchmen to lose their activations for a turn.

The Frank Miller Batman (in that this is the Batman as he appears in Frank Miller's seminal treatment of the character 'The Dark Knight Returns') is the lowest Rep version of the character except Adam West Batman and so brings a degree of versatility to my potential Batman crews. He's also, strangely, probably the best in close combat because of the Combo rule. However, there are no other tricks up those sleeves, he's quite a direct beast. 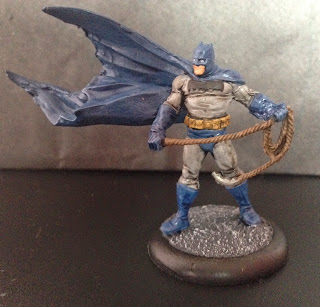 I've gone for a fairly traditional paint job on him, simply to echo the version he's based on. I've had this model since Christmas and not had much enthusiasm for him, mainly due to already having done a Batman earlier in the year. That cape is a big chunk of metal and I will probably need to weight the base as I didn't want to use the section of roof he comes with to stand on.

Neither of these two is going to be a favourite model of mine, and they're not my best painting, but they're done to a reasonable standard, and now I can move on with the bundle of miniatures I got for my birthday.