A New Year, The New World

For our first blog post of 2018 we’re off to the New World, which has just got a little more populated with the arrival of two 4Ground log cabins which I received from a certain fat, jolly, bearded fellow. 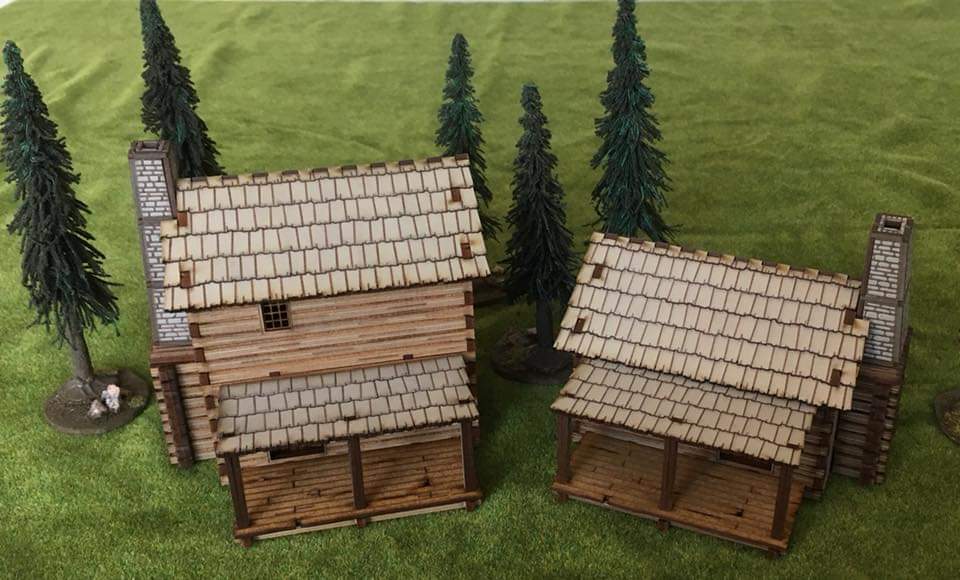 I really like 4Ground’s pre-painted terrain, as you get all the fun of the mdf jigsaw, but none of the hassle of painting. The cabins are also nicely detailed inside, which is somewhat different to my Perry plastic cabin - although now I have these, I’ll feel a bit more confident about trying to remedy that.

As ever with mdf builds, I’ve made a mistake. I’ve put the long walls of the upper story on the wrong sides, and so there is only one window at the front and two at the back. Rather than risk damaging the cabin, I’ve decided to leave it as it is. I’m not sure it matters that much as buildings such as this were made to suit their owner’s taste and as it happens, having an extra window on the back makes the cabin a bit more defensible from the rear, and the front still has plenty of firing points.

To go with the cabins, I’ve finish another unit for my Sharp Practice War of 1812 force. 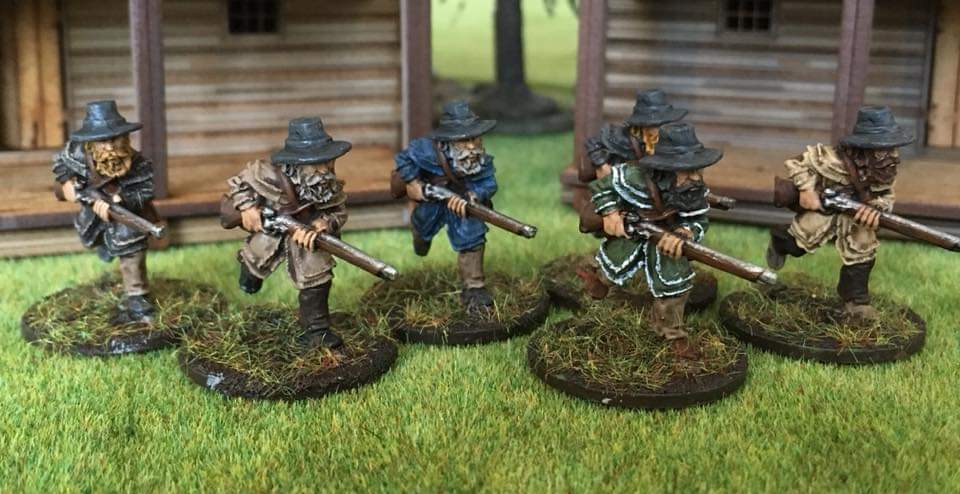 These chaps are some Wargames Foundry miniatures that I got as part of an eBay lot. In an ideal world I wouldn’t have such an irregular be single pose models, I’m trying to make use of what I already had available, and the fact that they aren’t painted uniformly helps add a bit of variation. 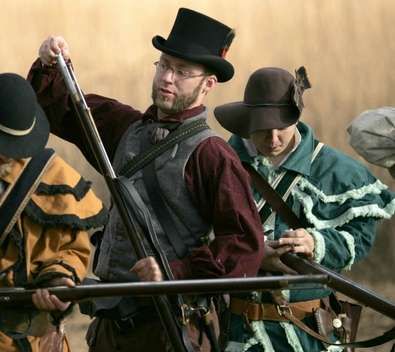 In terms of painting, I based my colour choices on those group of re-enacters from Kentucky, as researching irregular ‘uniforms’ is a little tricky, and I figured these chaps had found out what there was to find.

In game, the Woodsmen aren’t as good as my US Rifles but they do open up the option of leading another unit through a mobile deployment point to create ambushes and flanking manoeuvres, an ability also available to the natives that my US detachment will end up fighting in their first few games.

Finally, this is a picture of everything I’ve assembled so far. In order to complete my base force, I need to paint five more infantrymen, a couple of officers and nine (nine!) cavalry.

It may be some weeks before these chaps take to a table in anger.
Posted by Kieron at 07:02

Email ThisBlogThis!Share to TwitterShare to FacebookShare to Pinterest
Labels: Terrain, War of 1812