One Woman And Her Dog

As promised, I've pressed on with my Fallout: Wasteland Warfare miniatures and completed the Sole Survivor (who's apparently called Nora) and her sidekick Dogmeat. 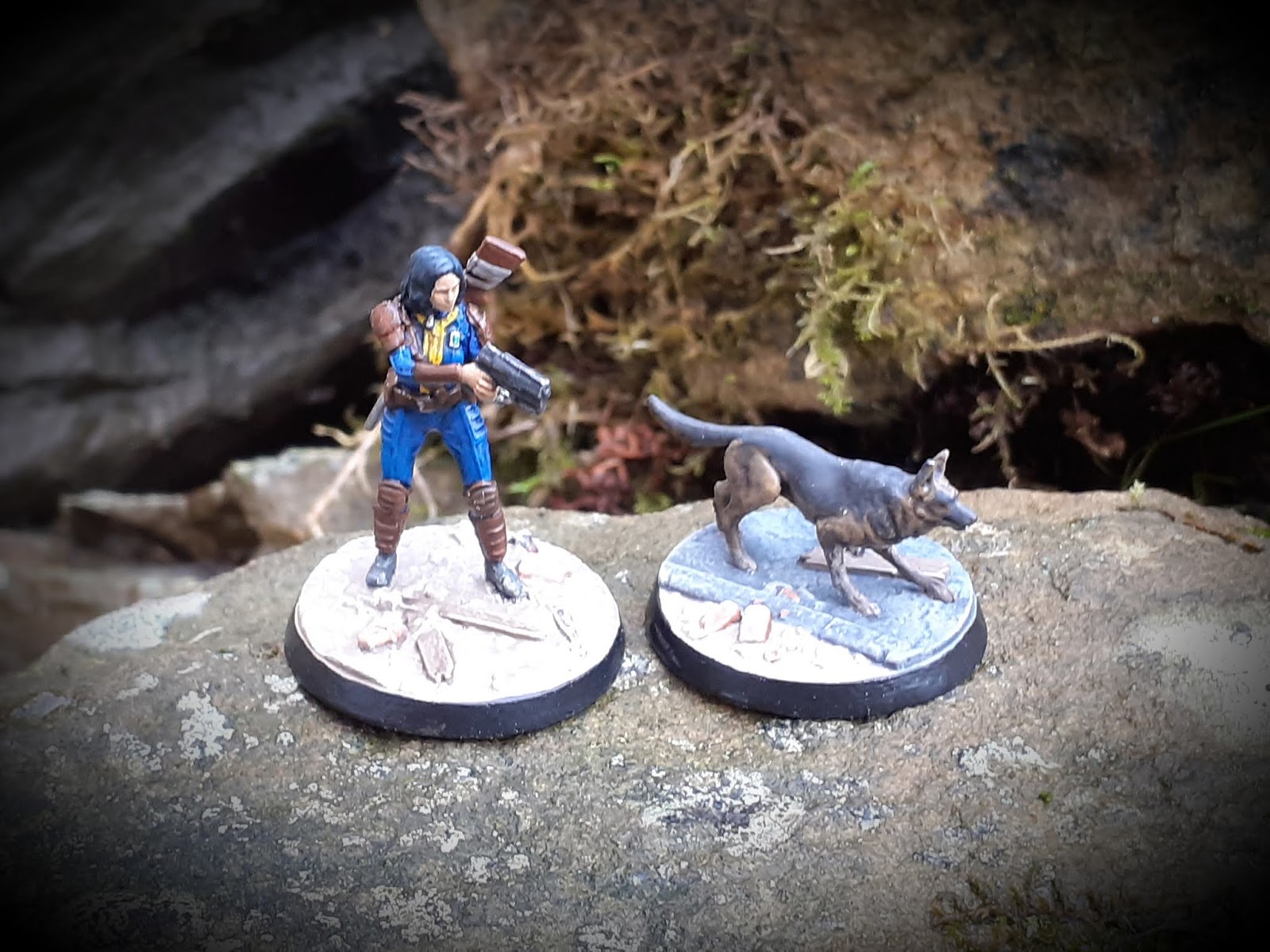 I have to admit to being back to being sceptical about the material these were cast in as both lack some of the detail is expect in metal miniatures. Specifically, Nora's face leaves more than a little to be desired and lacks any real character. 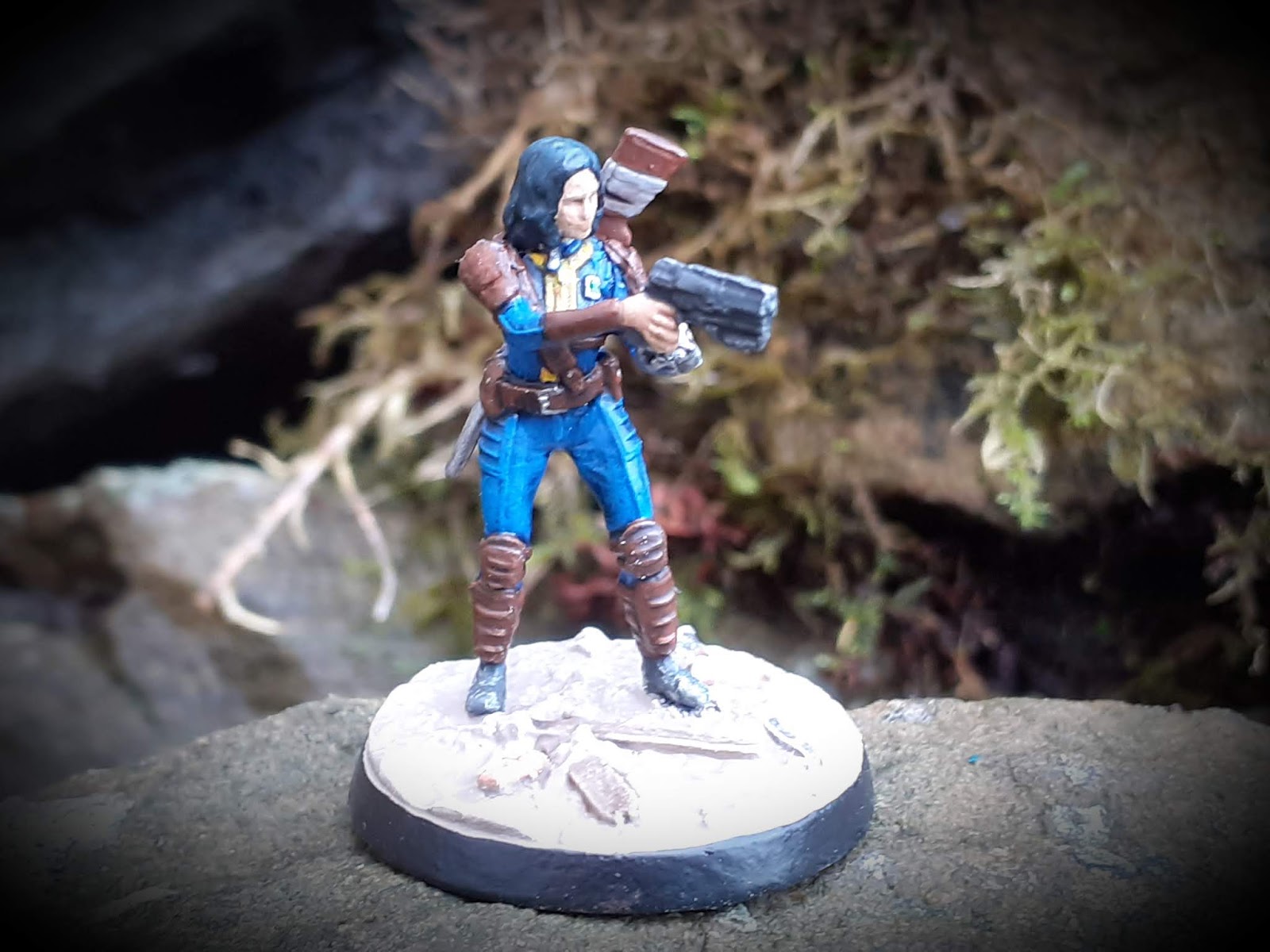 However, this might actually be the true scale sculpting jarring with the more exaggerated models I'm used to. The hair is also a bit flat, but it's able to pick up a little highlighting. 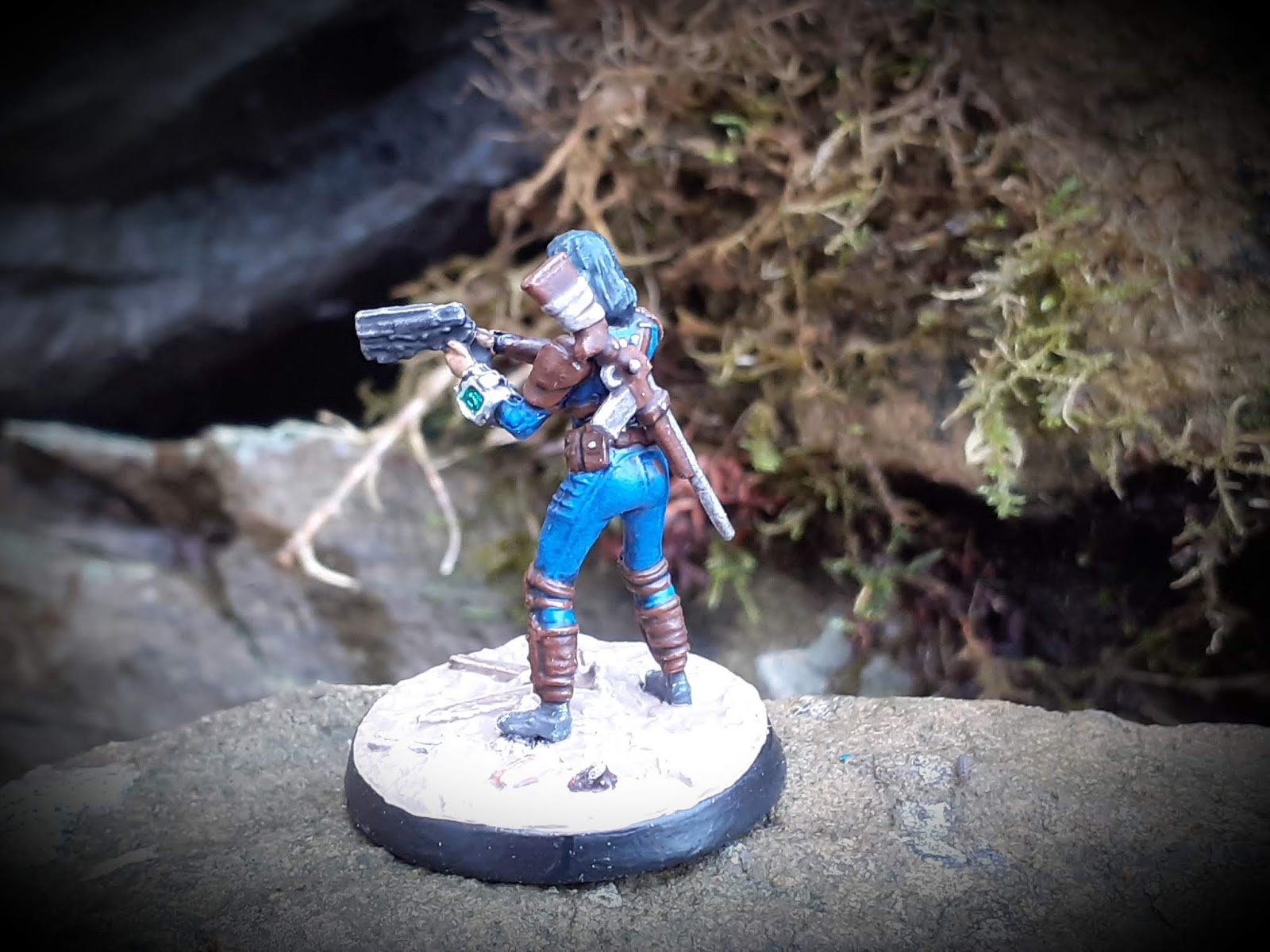 However, rest of the model has plenty of detail, and I'm particularly pleased with how the Pip-Boy (the wrist computer thingy) turned out; I'm rapidly falling in love with Hexwraith Flame and looking for excuses to use it. 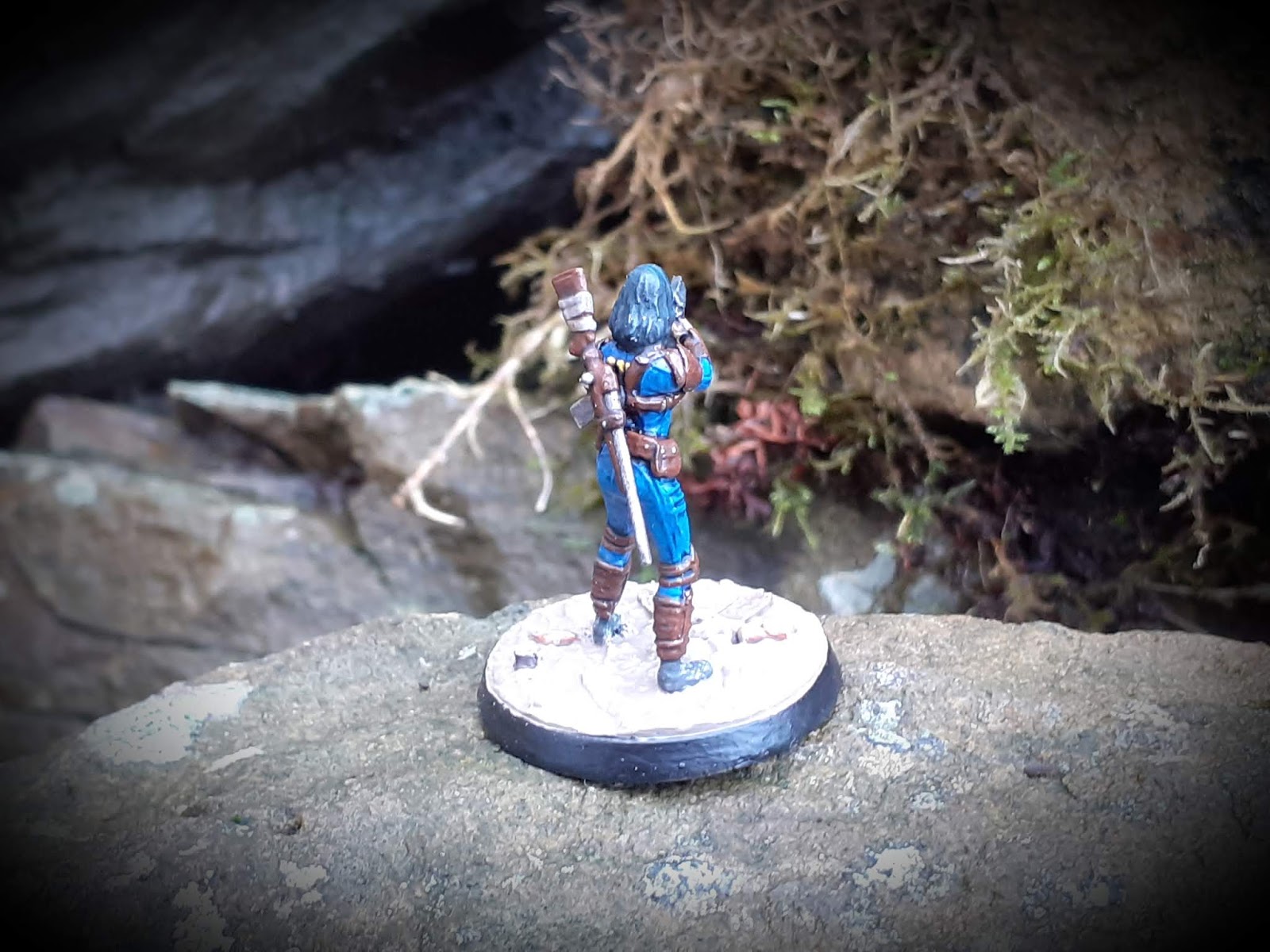 It's also nice to get an excuse to use bright colours. In my mind, everything post-apocalyptic should be fairly muted and washed out, however, given that Nora has spent the last 200 years in suspended animation, it makes sense to me that her clothing would be just as bright as when she went into the vault. 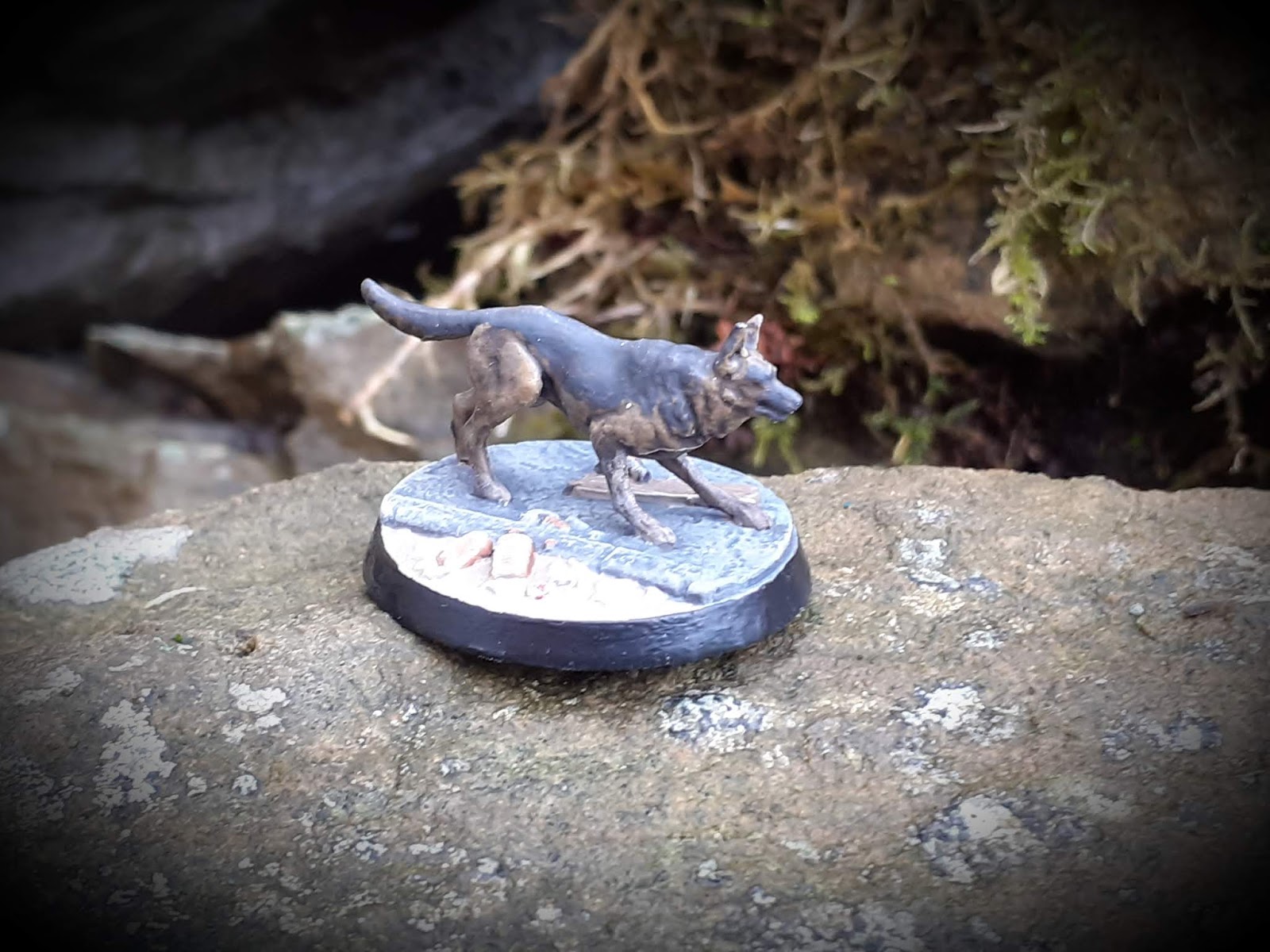 Dogmeat (there's a story in that name which I'm not aware of), is an Alsatian, and as such I approached like I did the dog for my 7TV cultists. However, I went for dark grey rather than black because there was less fur detail to highlight. 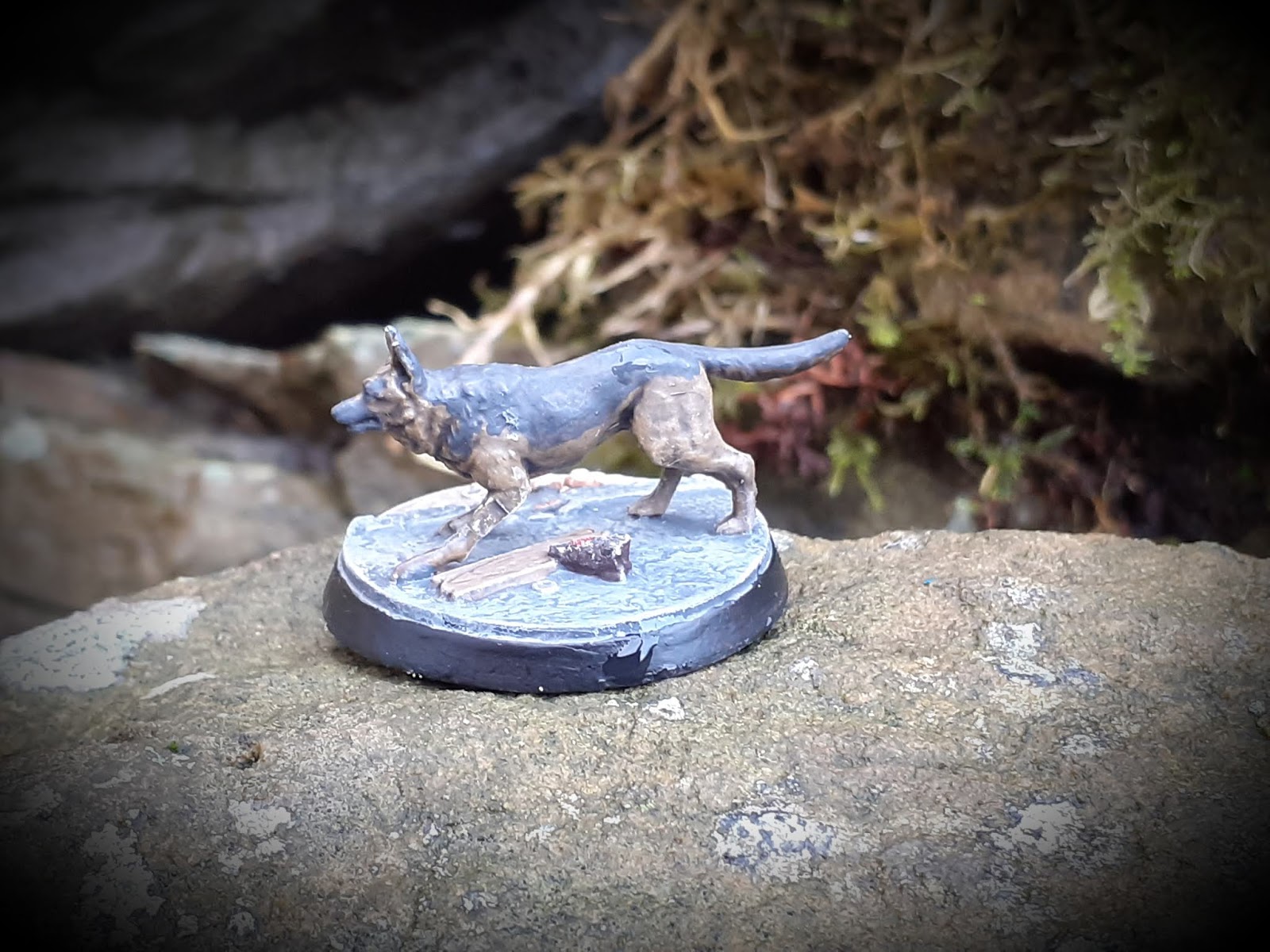 I'm happy enough with how he's come out (as I am with both of them), and feel that the elements I'm less happy with are more a consequence of the sculpting than anything I've done.
The only thing I'm really annoyed with is that my photos have washed out the bases, so there's actually quite a bit of detail on them that you cant see. 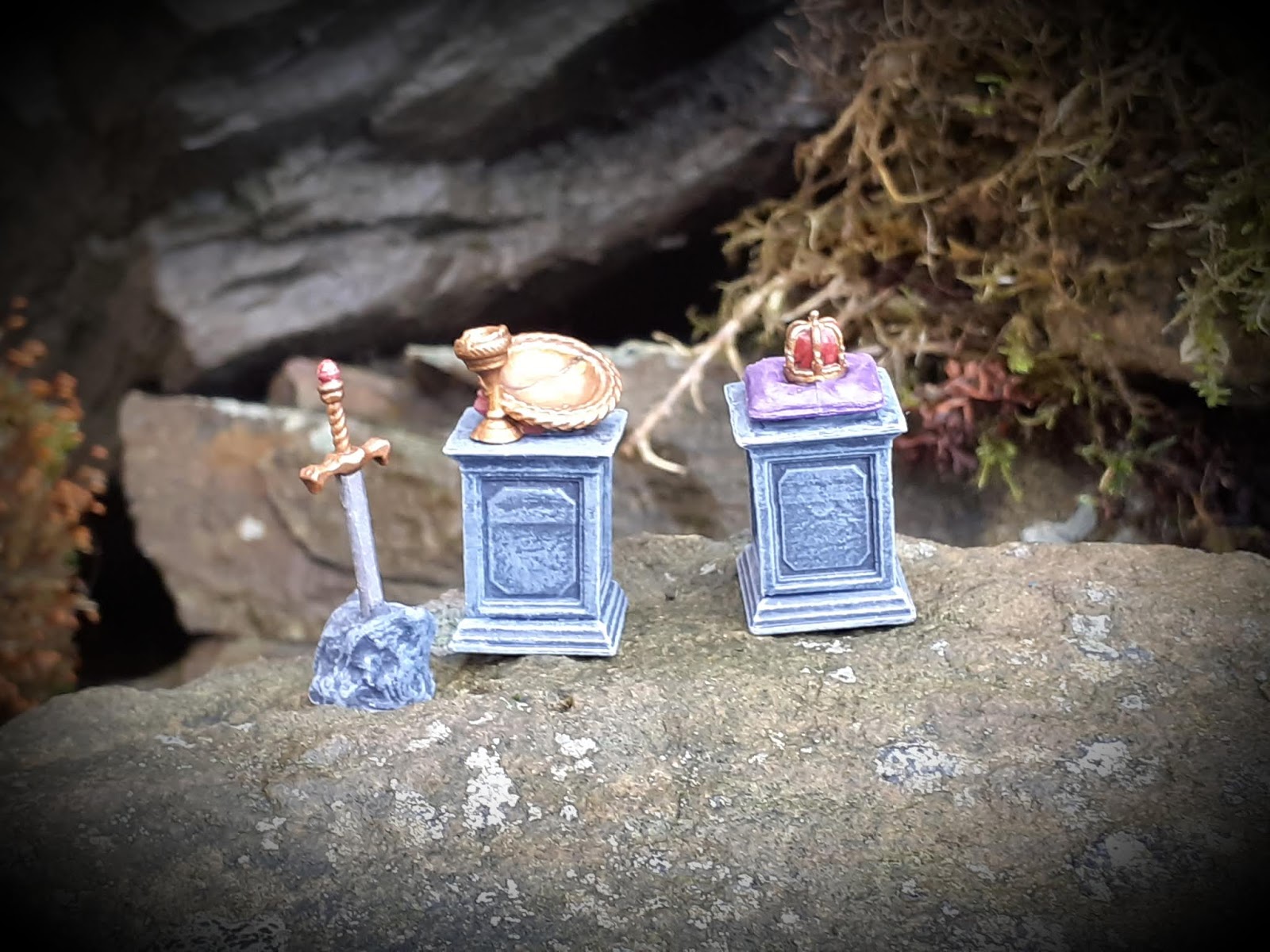 As well as Nora and Dogmeat, I finished some more pieces from the Mantic treasury terrain crate. The plate has a horrible mold line running through it, but otherwise these will be great as terrain or objective markers.
One of the odd side effects of this set clearly being two sets of one casting, is that there are two of everything, including the sword in the stone. I really can't imagine a need for two of these.
Additionally, there were only two pedestals, but four options to go on them. So I have a crown on a cushion and a plate and goblet spare. They might be easier to find a use for than a spare excalibur.
So with these five painted, my tally grows. However, the purchasing has begun and I recieved a parcel containing ten pieces of scenery, and Modiphius kindly replaced the poorly cast super mutant.
Additionally, I've done some sorting out, which has involved throwing out a few bits of very old terrain that were damaged and I was never going to use, and making the decision that some other pieces were fine as they were and now count as painted.
All this mathmatical jiggery-pokery means that I've continued to build my early lead.
Acquired: 4
Painted: 19
Posted by Kieron at 07:00