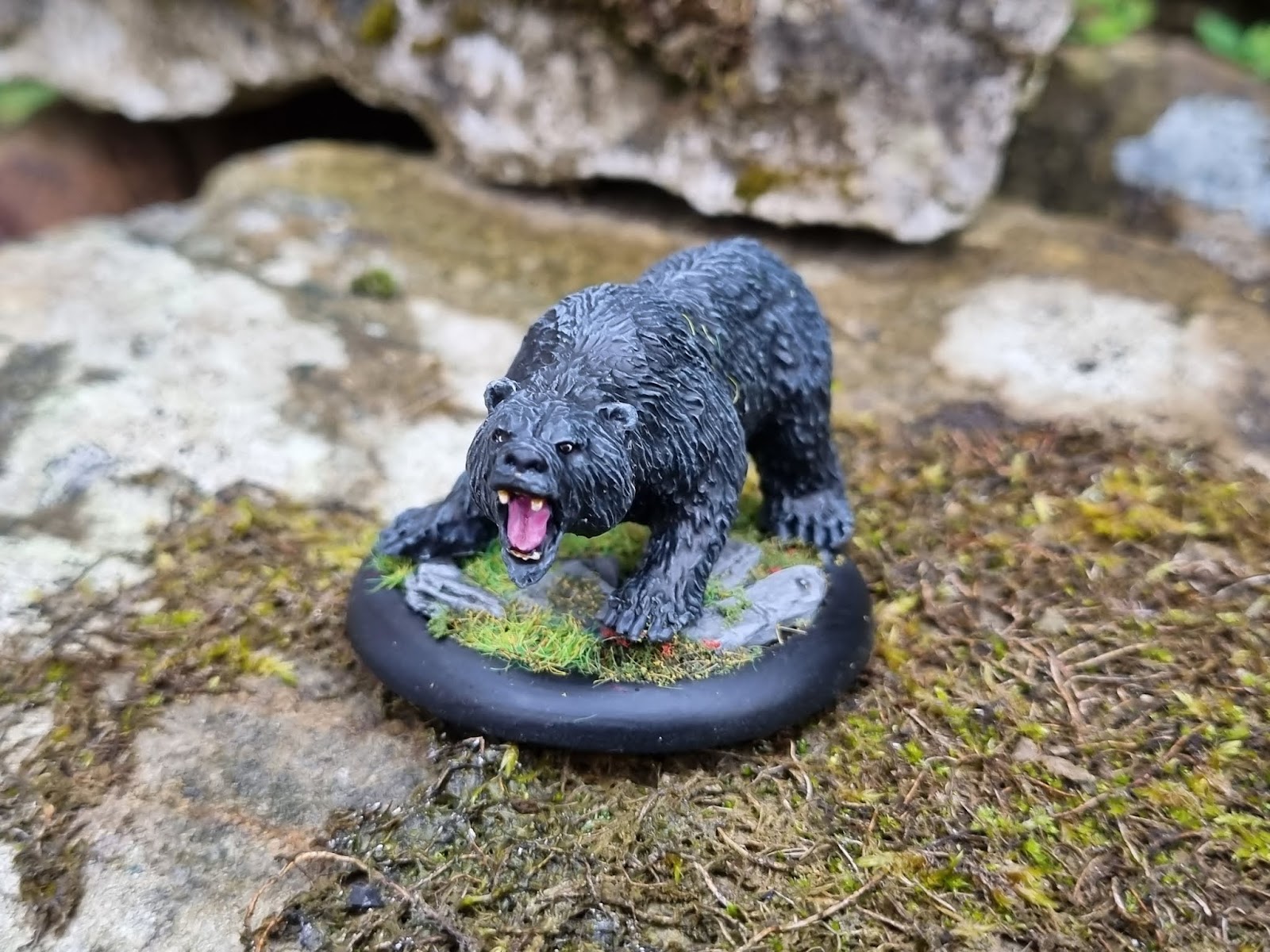 Last week the postman arrived bearing the newest 7TV Feature Pack, Orsa the Fearless, a three part campaign which riffs on sword and sorcery epics of the 80s such as Conan the Barbarian, Red Sonja and Beastmaster. 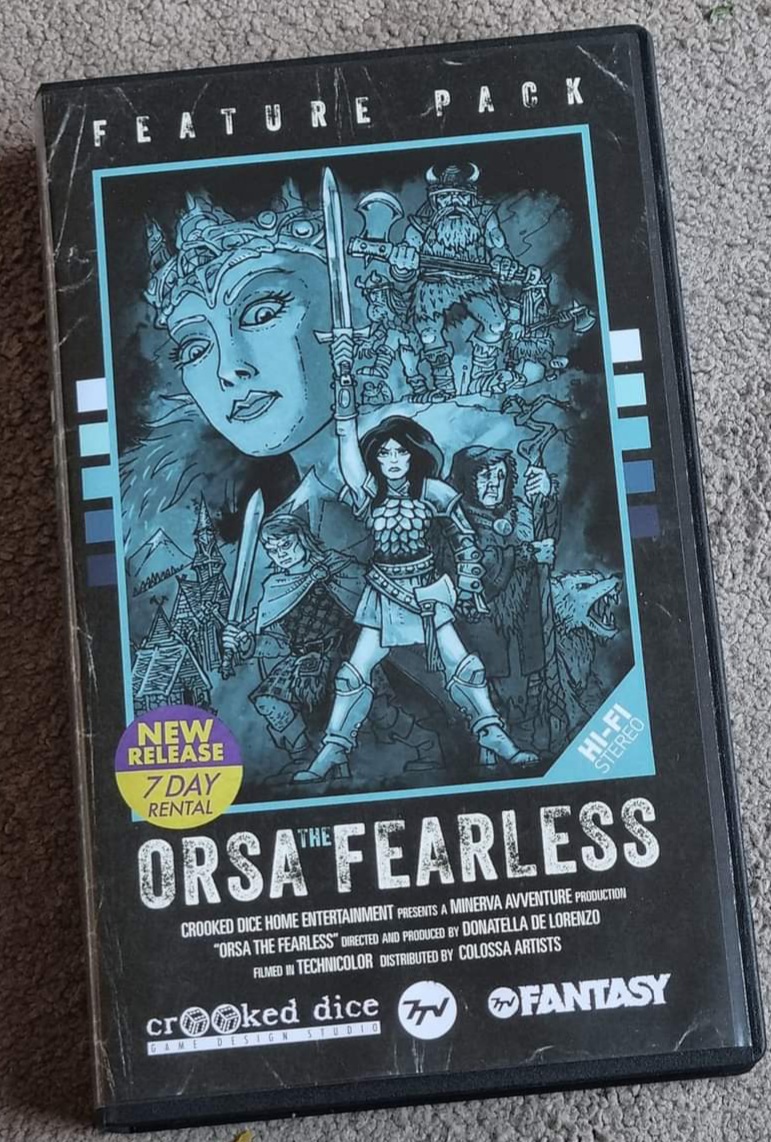 Although it has less scenarios than Lurkers of the Deep, Orsa the Fearless has a more cohesive campaign. The central characters appear throughout the whole campaign and so the games will hopefully bear out more like a single movie.
Being, at source, a Fantasy gamer with a penchant for historicals, I have all the miniatures needed for scenario one, except one. 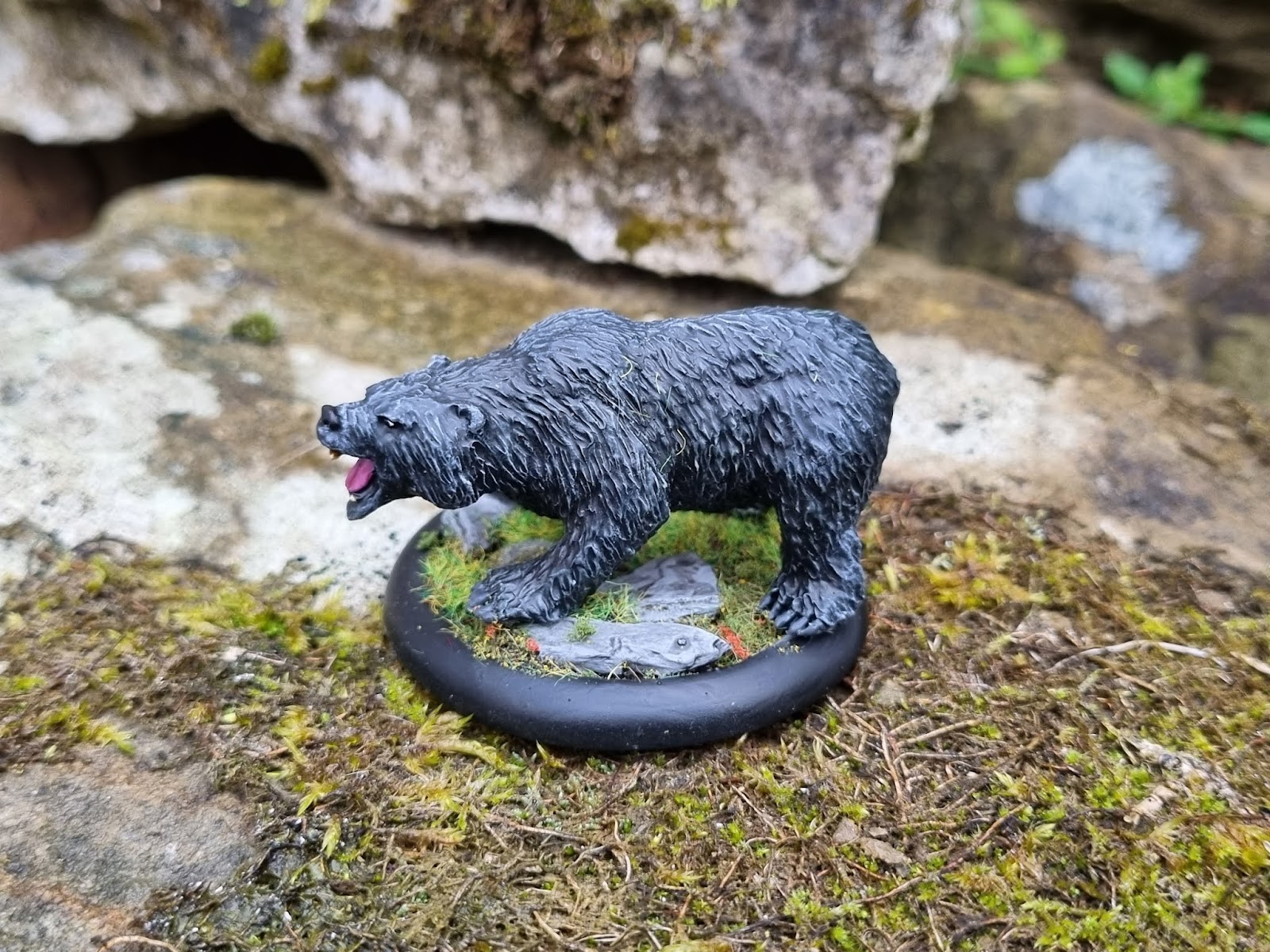 Shall I tell you which? Can you bear the excitement?
Orsa's animal companion Karhu is, as you may have guessed, a bear. This sculpt is a new one from Crooked Dice, released alongside the feature pack.

In terms of painting, Karhu was simple to do. A pale grey undercoat, contrast black all over, a light drybrush of grey and then details.
I decided to go for a black bear partly because of how easy it would be to do, but also I've identified that this model will make a suitable addition to another ongoing project. 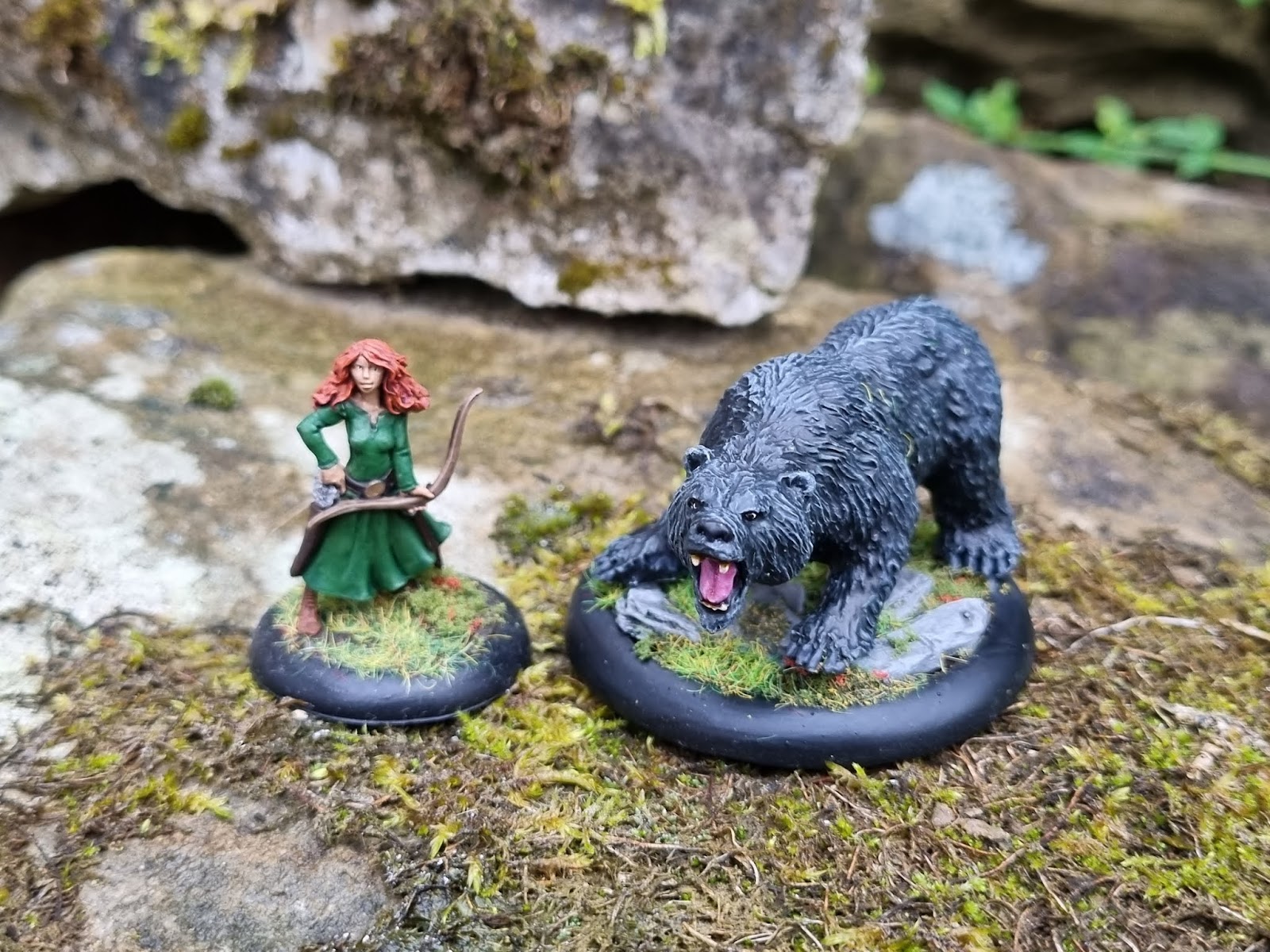 Karhu will also double as Mum from Brave in my Magic Kingdom cast. A very slow burning project that 7TV Fantasy will be able to bring to the tabletop.
Here she is alongside my Hasslefree not-Merida.
And so only one painted and I took delivery of a pack of four miniatures which will be painted for the second scenario. More on them later.
Acquired: 133
Painted: 170
Look! A bear behind! 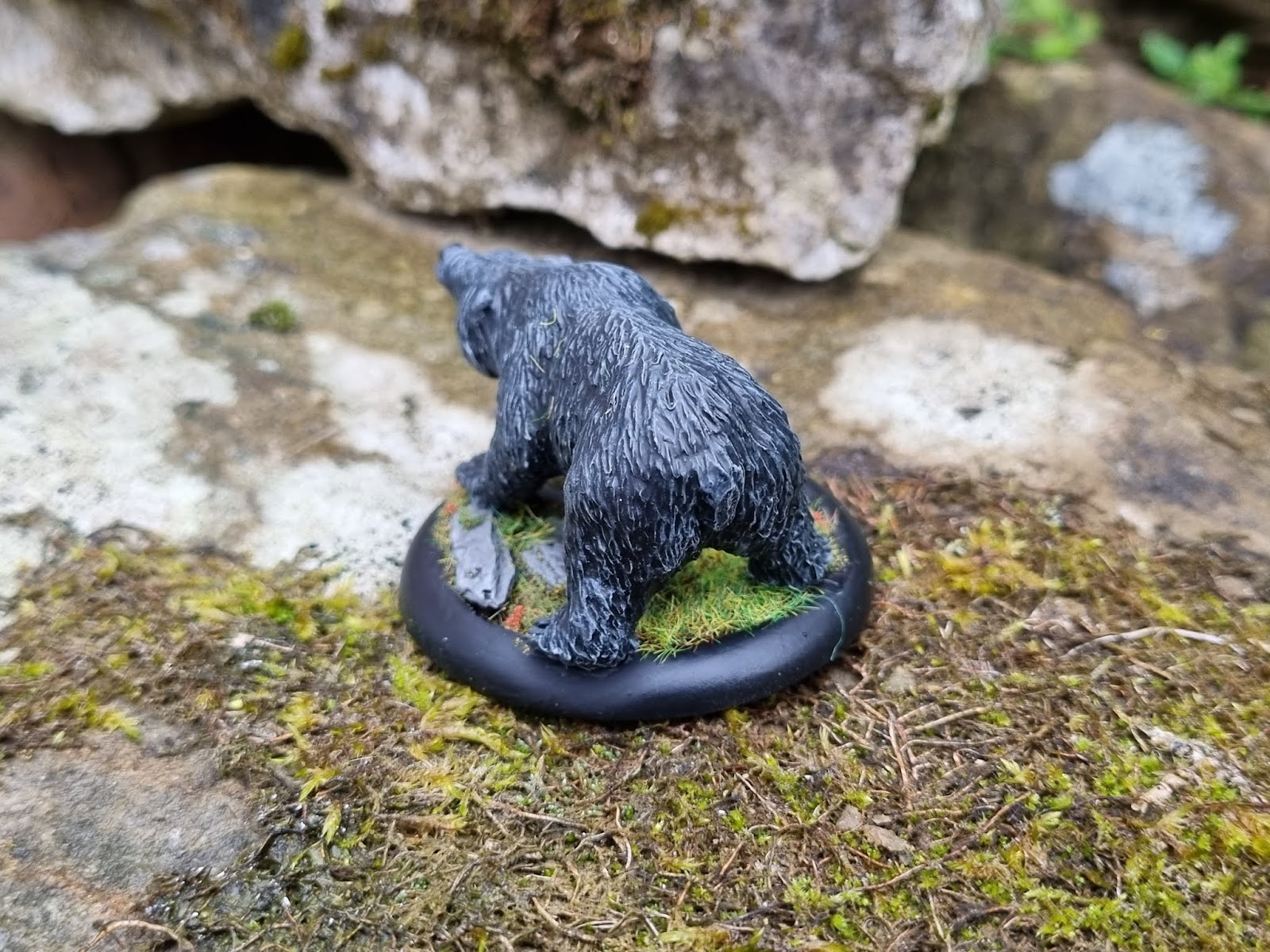