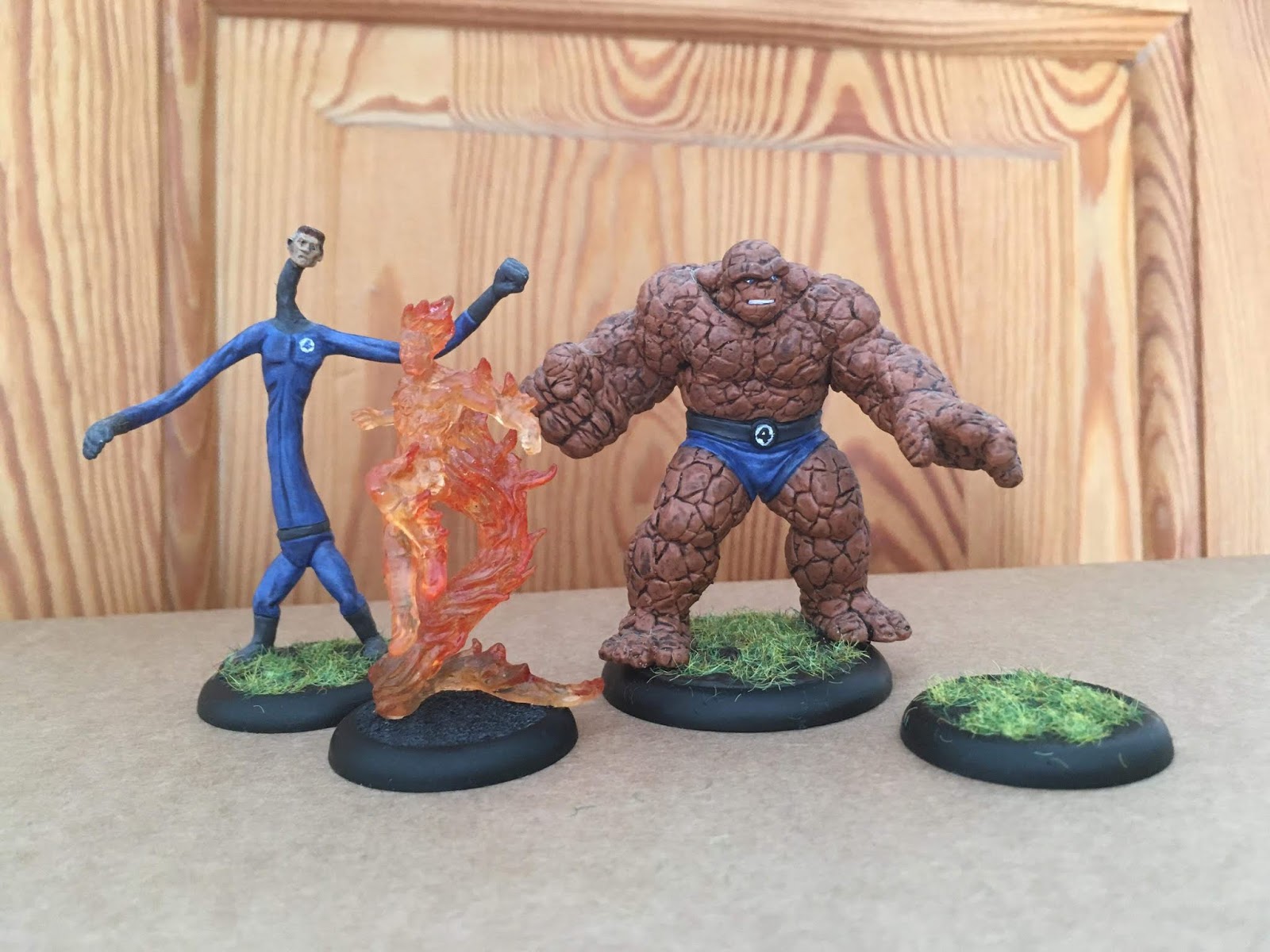 Okay, I know, there’s only three of them. However, in my defence I’ve not been able to find a model that suits the Invisible Woman yet, and I wanted to get the others off my painting desk, as two of them have been almost finished for quite some time.
Mr Fantastic is from Crossover miniatures. He needed a neck extension as I felt that elongated body and arms with the head just sat in his shoulders looked odd.
I’m quite pleased with the badge I painted free hand because usually I’m rubbish at this sort of thing.
Thing is from Knight Models and I’m really happy with him. I’ve even managed to give him blue eyes.
The model itself is massive, which in itself isn’t a problem as depending on the artist, Thing is a bit ‘scale neutral’. With most of my Marvel stuff he looks big, but fine. However, he makes some of the larger models, like Wrecker, look puny. I’ll just have to be careful who I put him up against.
As a side note, as Thing was and Avenger at one point, he fits into my Avengers team for the Marvel Universe Miniatures Game, which I might one day play again.
Human Torch is a Heroclix model that I’ve simply rebased. I figured that I could either repaint him to achieve much the same effect or just leave him as he was. Also, as ever with Clix, scale is all over the place and he’s actually a bit big. I think the translucent material hides that enough that it’s not a problem. Mind you, What with the size of Thing and the stretching of Mr Fantastic, scale is not really an issue in this team.
All that remains now is to find a miniature that I like for Invisible Woman. There are a couple of candidates out there, but either I’ve already used them for other characters or there are guns and holsters that need removing.
Fortunately, the Fantastic Four aren’t needed in my current campaign and so I don’t need to hurry my decision. And at a push, I could always use the empty base.
She is invisible, after all.
Posted by Kieron at 04:01