Bringing Knives To A Gunfight 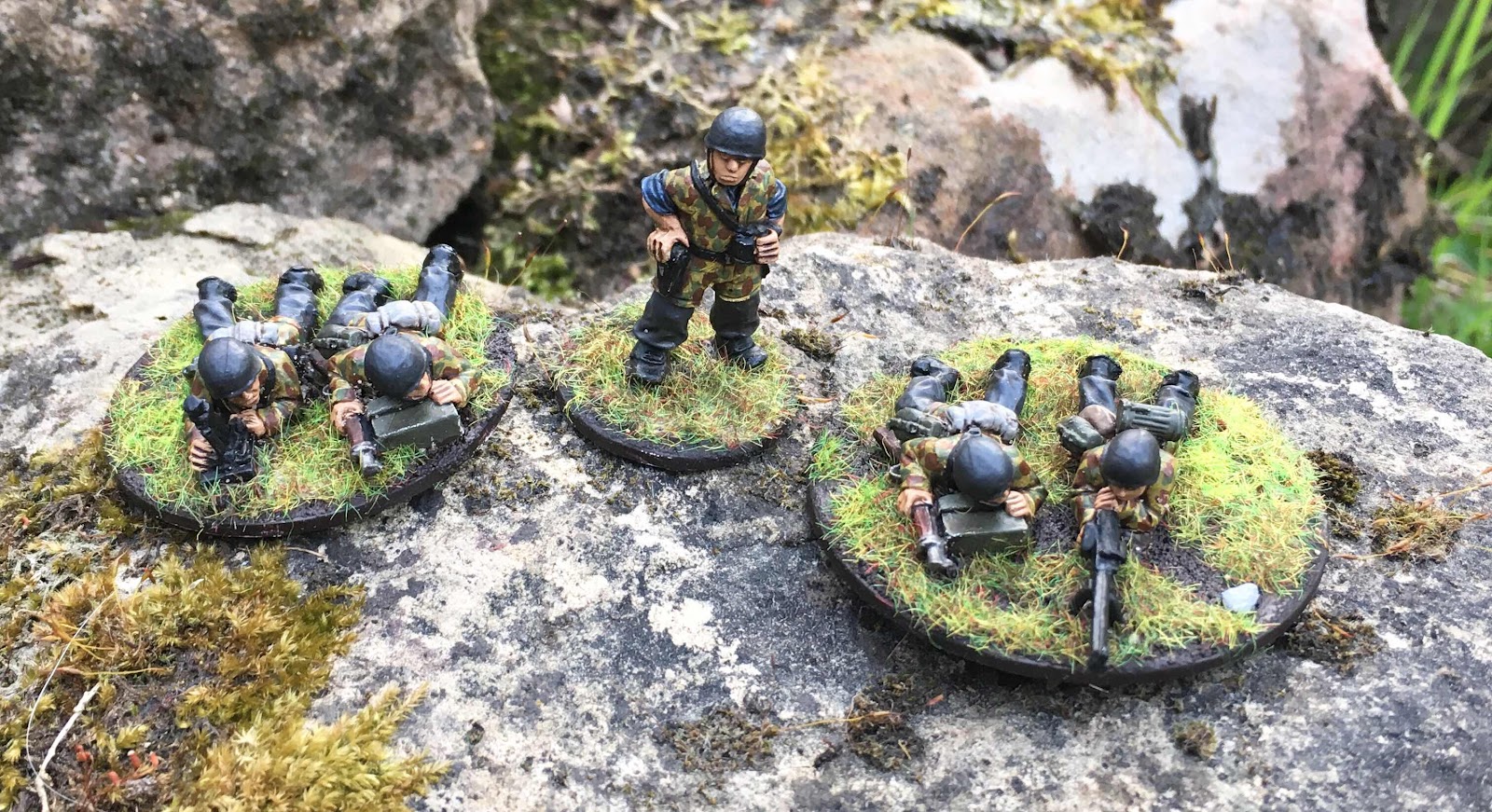 In preparation for Pete and I playing the Invasion of Crete campaign that featured in Wargames Illustrated #371, I’ve set about painting the last few miniatures required for the scenarios against Pete’s British (there’s one against Partisans, but I’ll have to persuade Matt about that).
That meant painting a Light Mortar team, an Anti-Tank Rifle team and a single chap to accompany my sniper. 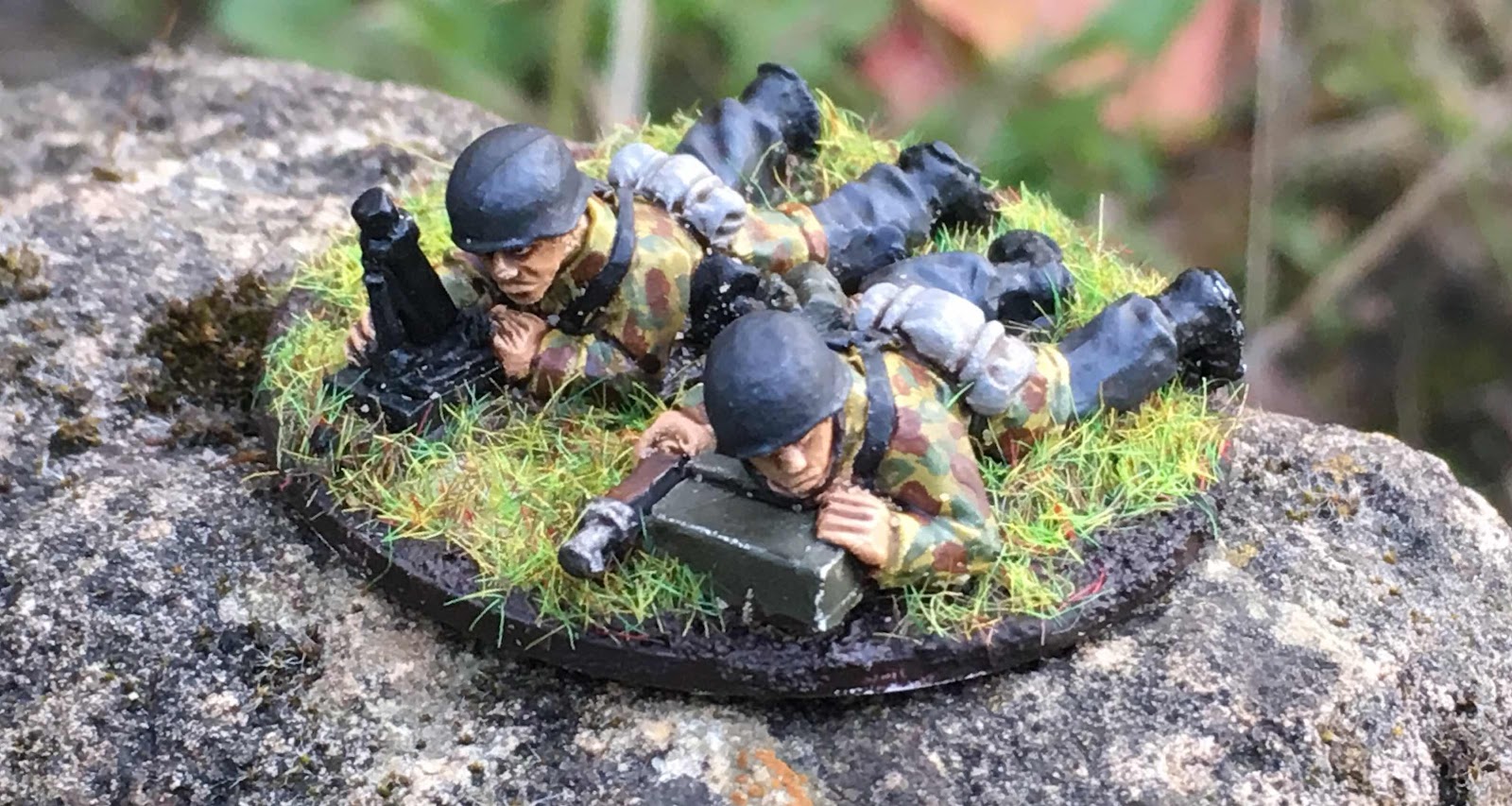 The Light Mortar will provide a minimal amount of artillery support in the third scenario, which is actually more than Pete gets. I don’t think it will be devastating, but it might allow me to drop smoke as cover.
All of these models are from Crusader Miniatures, and I have to say that they’re not as good as the Artizan Designs miniatures I’ve used so far. All of the prone models have slightly clubbed feet that have been poorly cast. It’s not that obvious, but it’s enough to make me think twice before buying more. 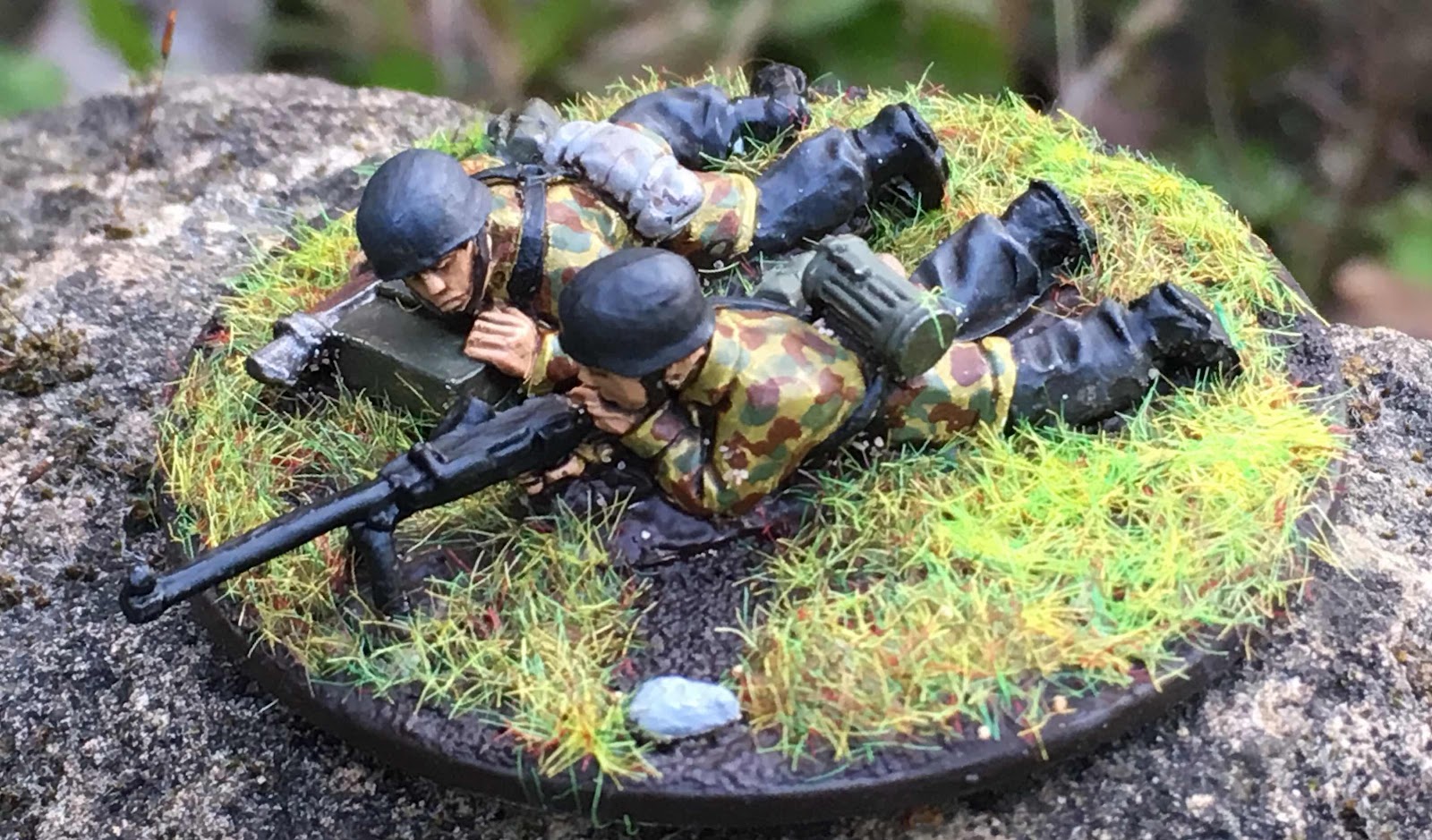 The Anti-Tank Rifle team is a bit of an anachronism as I’ve painted them in later war camo (rather than the earlier plain green), as worn by the Fallschirmjager in Normandy, but the ATR was pretty much obsolete by then.
In the final scenario this will be my only anti-tank weapon when faced with a Matilda II tank! Hopefully it will be enough to hold the monster at bay. 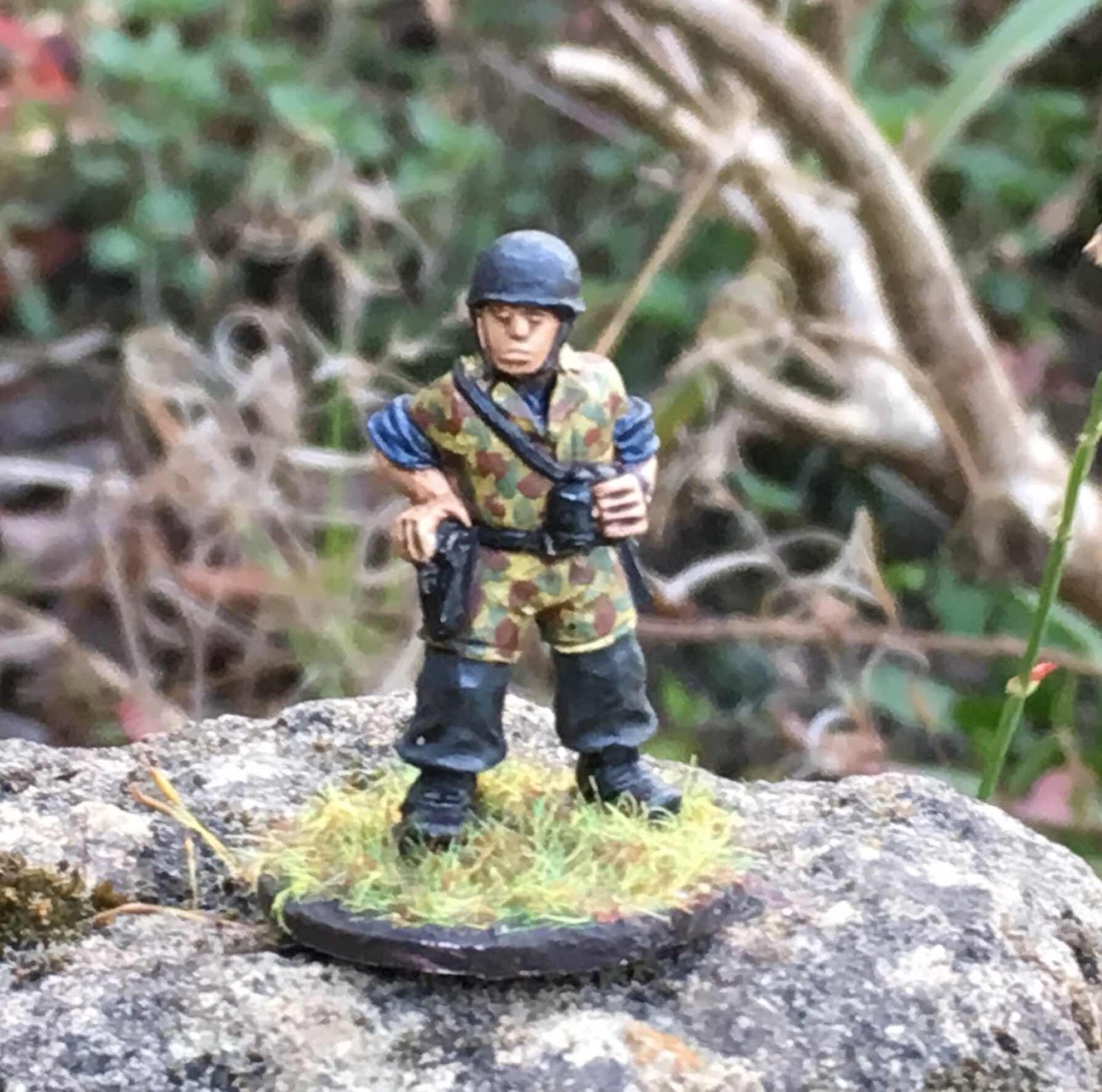 As ever, when I return to my Fallschirmjager, I have to relearn what I did last time to get the colours to match. I really should write it down.
This spotter’s rolled up sleeves betray the fact that the Crusader models are based in early war actions in hotter environments. Although he probably wouldn’t be able to roll up the sleeves of his uniform tunic, I like having the occasional flash of blue in the army, and so I gave him what look like some rather noticeable armbands.
As promised, the tallies are moving in the right direction, it’s almost at a ratio of 2:1...that’s good, isn’t it?
Acquired: 98
Painted: 45
Posted by Kieron at 11:10