“The future has not been written.”

Given the many and varied futures and pasts presented in the Terminator franchise, it seems I can still somehow manage to stage a scene which didn’t happen at some point.
Future Kyle Reese facing off against the 80’s Terminator.

After a couple of weeks without painting, I’ve returned to Terminator: Genysis because the colour schemes I’ve chosen are really simple and it’s probably my most slapdash project, and so it makes for a quick easy win as I settle into painting again. 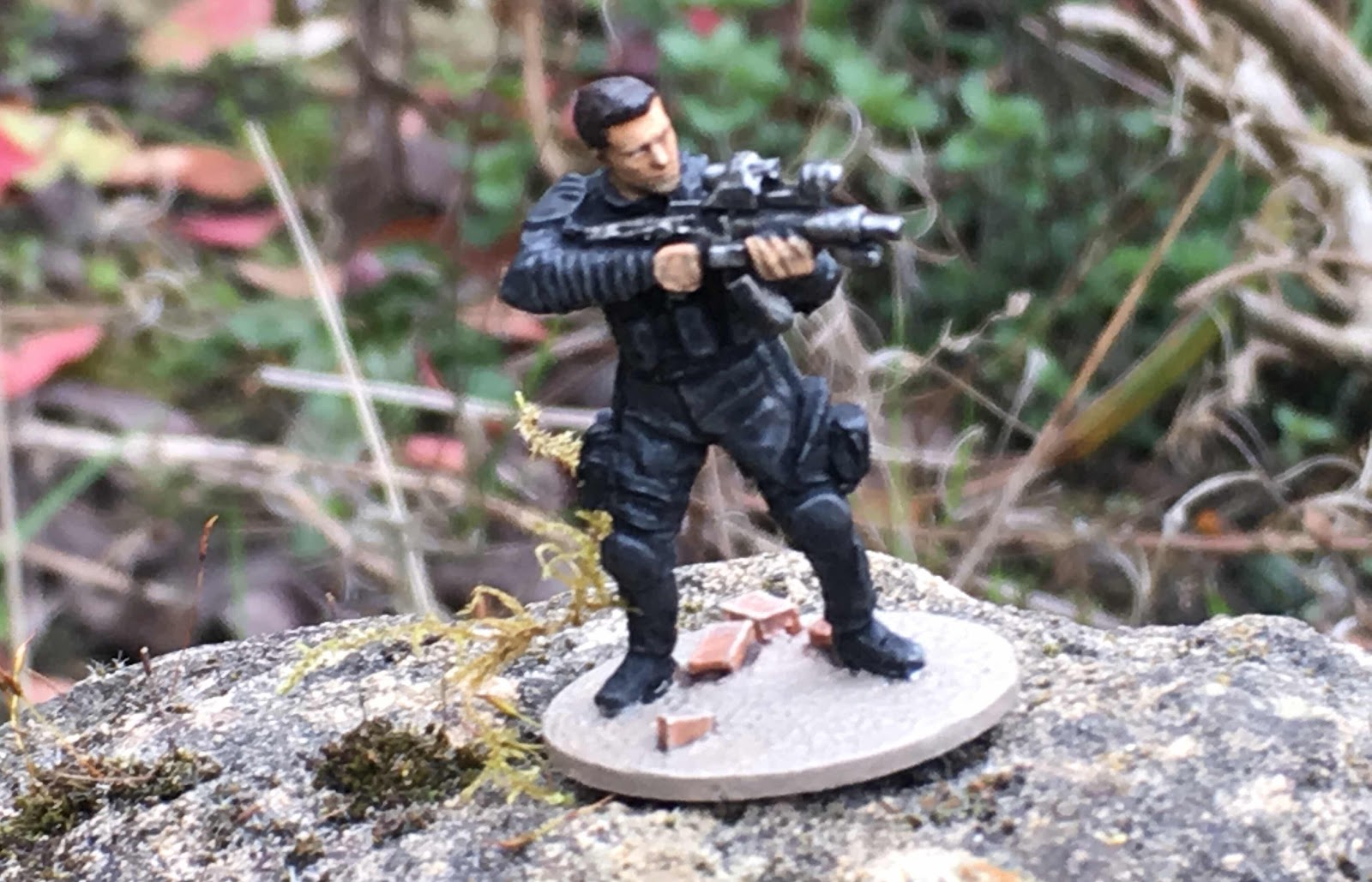 Kyle Reese is an official metal miniature from River Horse (via Warlord) which is actually a really nice sculpt. I was surprised to find that it had an integral base as I’ve not bought any of the metal miniatures before. However, a little bit of scenic detail will help me to spot him on the board.
As with he rest of my Resistance, I’ve gone for a simple grey base with a black wash, and then picked out a few details. Metal miniatures suit this method better than plastic as the details are more defined.
My only gripe with this miniature is that hear significantly bigger than the plastic models I already have. For a character, it’s fine, but it’s made me glad I didn’t invest in any of the extremely expensive metal weapons teams. 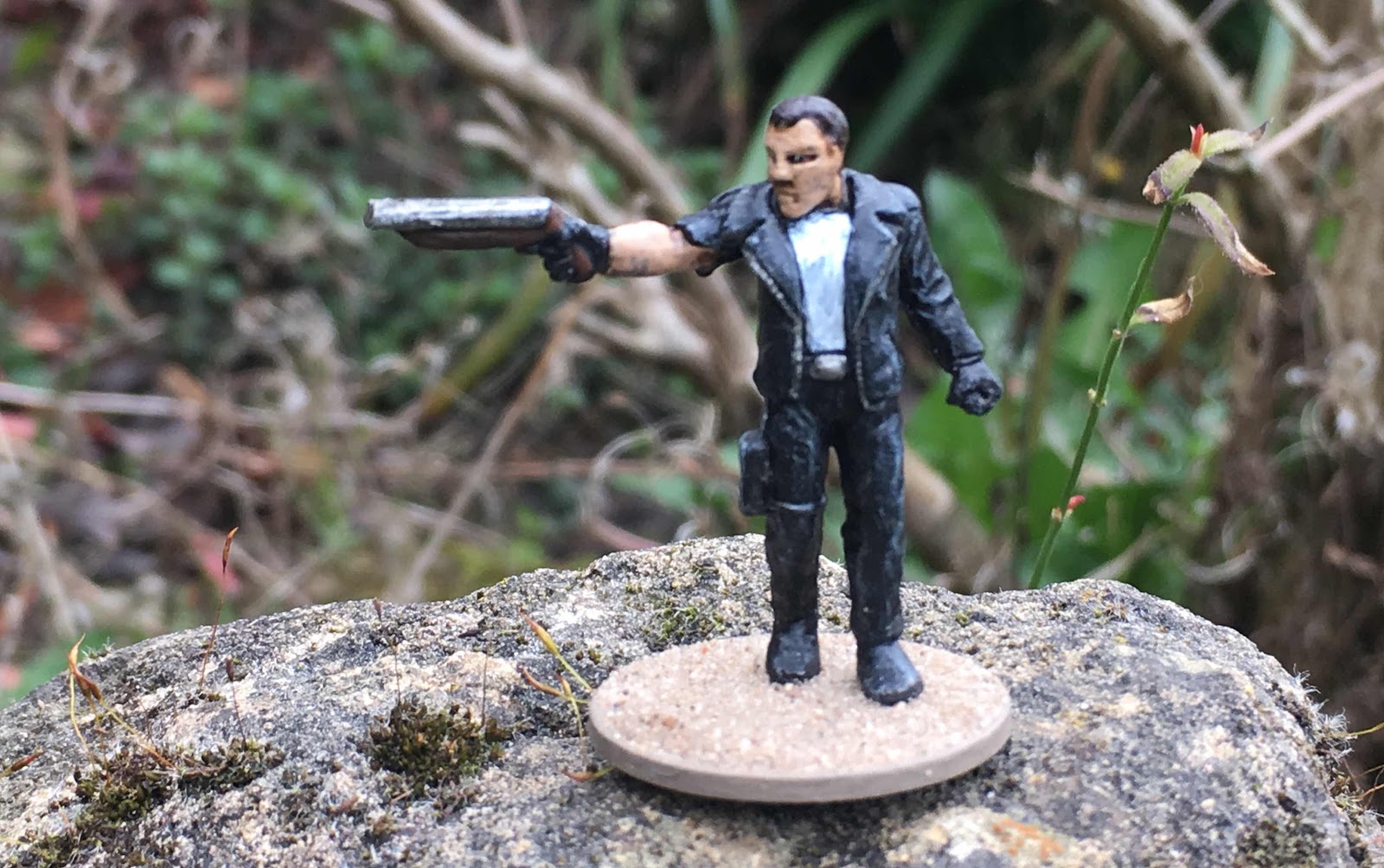 The ‘Terminator’ is a Reaper Bones miniature I picked whilst in Australia. I think it’s technically meant to be a Mad Max-alike, but it’s suitably Arnie like for my purposes.
I keep nd up being disappointed with Reaper Bones, and this model is no exception. The face lacks definition, there’s a chunky mould line on the far side of the head, and the shotgun is poorl cast. If I’d paid more than a couple of quid for it I’d be annoyed, but I need to learn my lesson and stop buying Reaper Bones as they’re not really a saving.
I may replace the arm holding the shotgun with an endoskeleton arm, however, this would probably stop me from using it as ‘Pops’ or using it as a Road Warrior in games of 7TV...mind you, I have a better miniature for that purpose and so amputation may be imminent.
This is the first positive movement on my tallies for a while, but it’s only fractional as Kyle Reese was actually given to me by Matt in exchange for a billboard I gave him. Even so, this hopefully marks the start of a period of clawing back my totals:
Acquired: 98
Painted: 40
Posted by Kieron at 07:36