"You may remember me from such films as..." Another week and another bit of pulp productivity with two models based on my favourite low budget action hero and rubber dinosaur wrangler: Doug McClure. 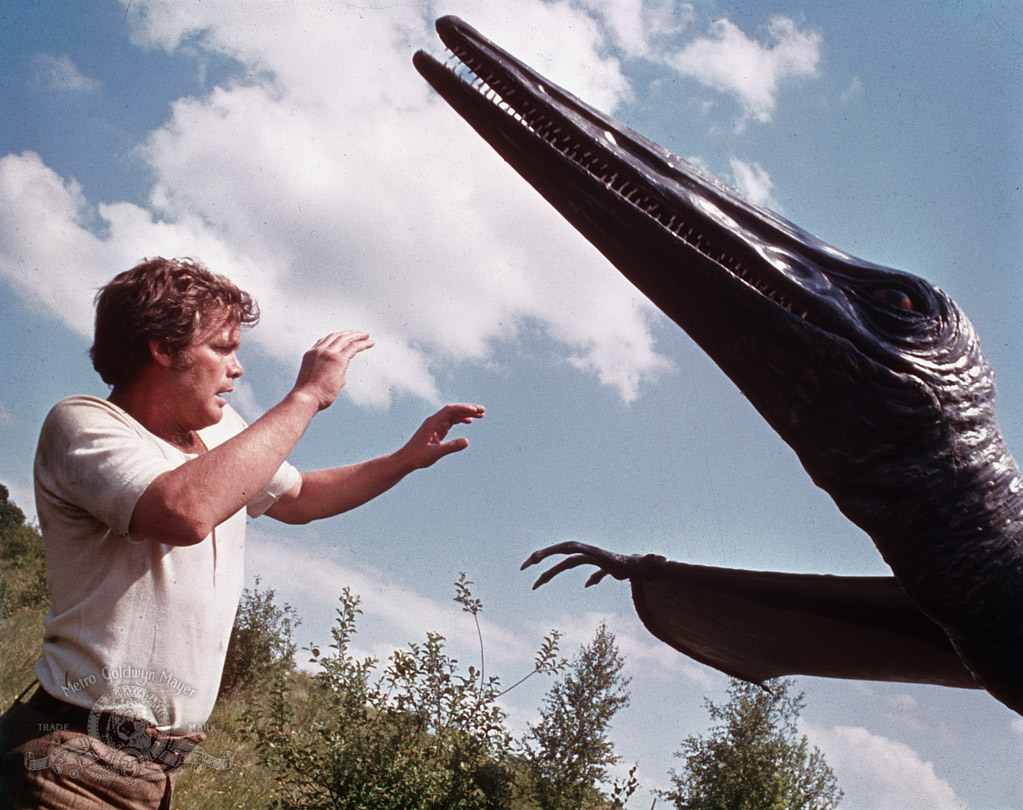 Star of such cinematic marvels as Warlords of Atlantis, At The Earth's Core and The Land That Time Forgot, McClure was a pivotal figure in my never focussing my efforts on anything useful and ending up the sort of person that blogs about toy soldiers.
Therefore it seemed only right that this paragon of seventies middle-aged heroism should be suitably honoured as part of my Lost World project, not once, but twice. 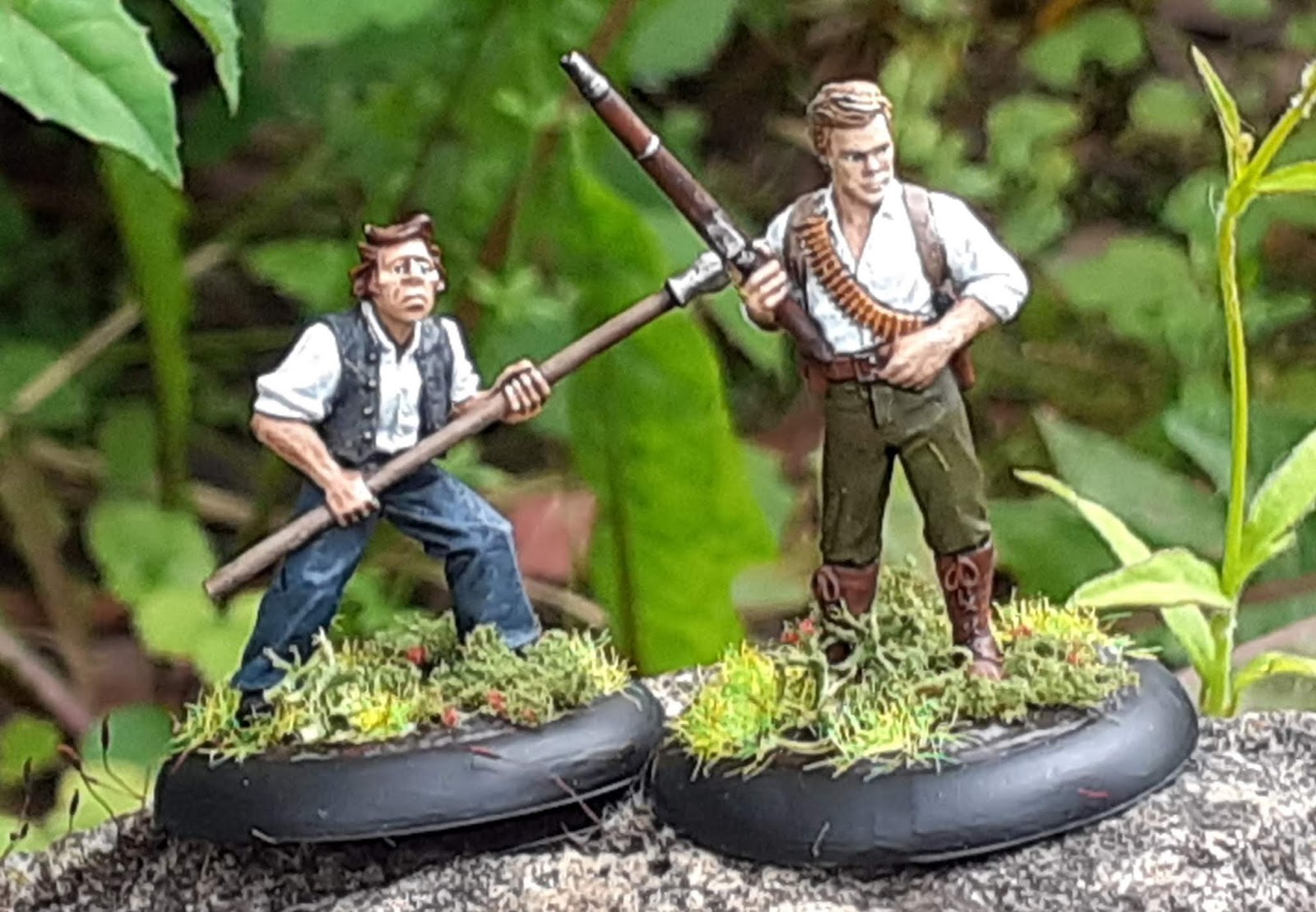 Both of these miniatures are homages to Doug, with the model on the right from Crooked Dice being the more obviously recognisable, sculpted by the frighteningly talented Ernst Veingart. The model on the left from Antidiluvian Miniatures has only a vague resemblance to the big man, but is definitely him because he's equipped in the same way as McClure was in At The Earth's Core,  and he came in the same pack as the Peter Cushing model from the same film. 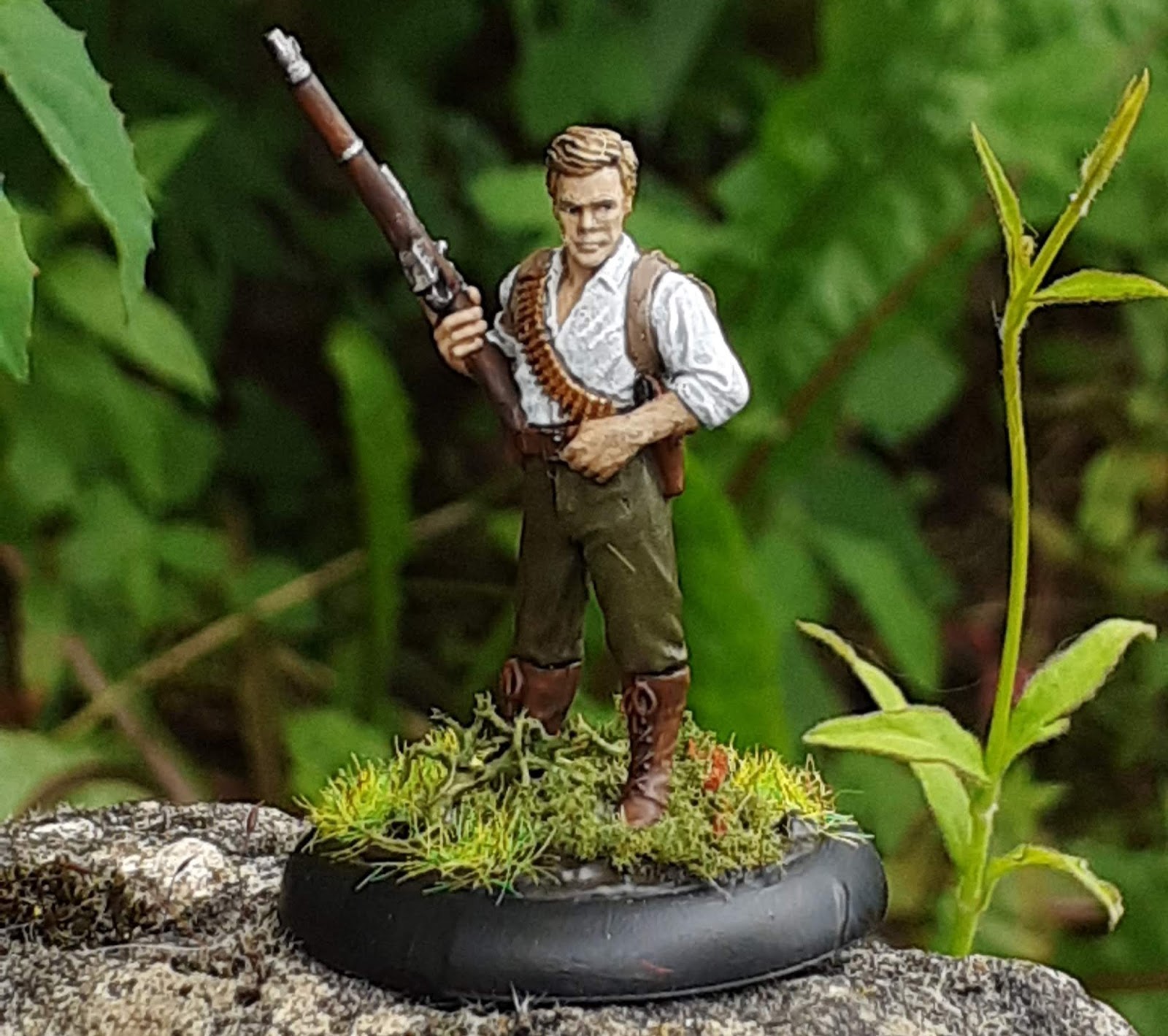 The Crooked Dice miniature is frankly an amazing rendition of McClure and I've tried to do justice to it with my painting, even down to trying to capture the right hair colour and actually painting eyebrows. I've been experimenting with the white contrast paint from GW, on the shirt, and I'm very happy with the result. 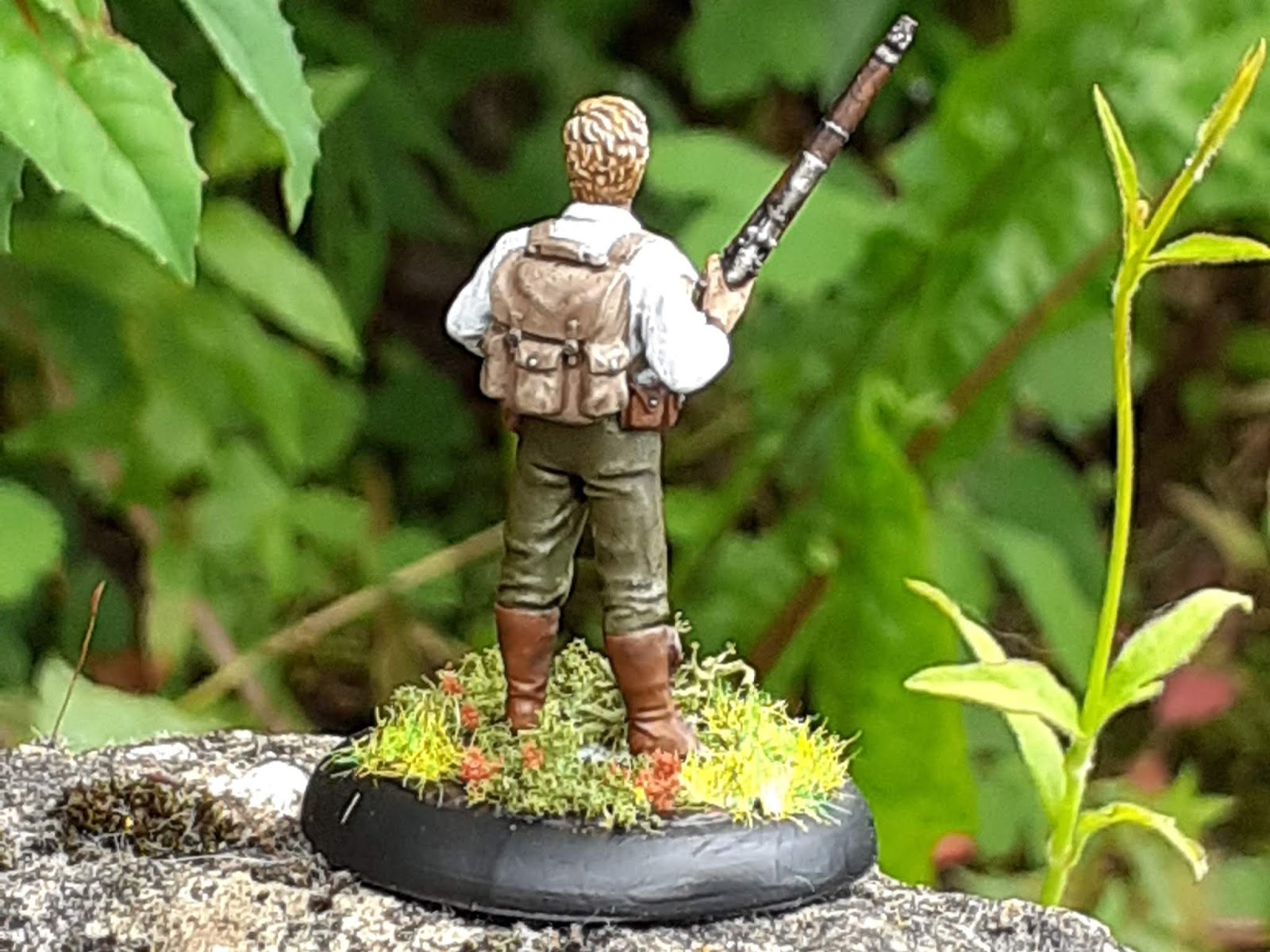 The only downside to the contrast paint is that I find it needs to be done before I've done other colours because the inking of other colours adds some necessary edging. This means that I'm having to be more careful as I paint. 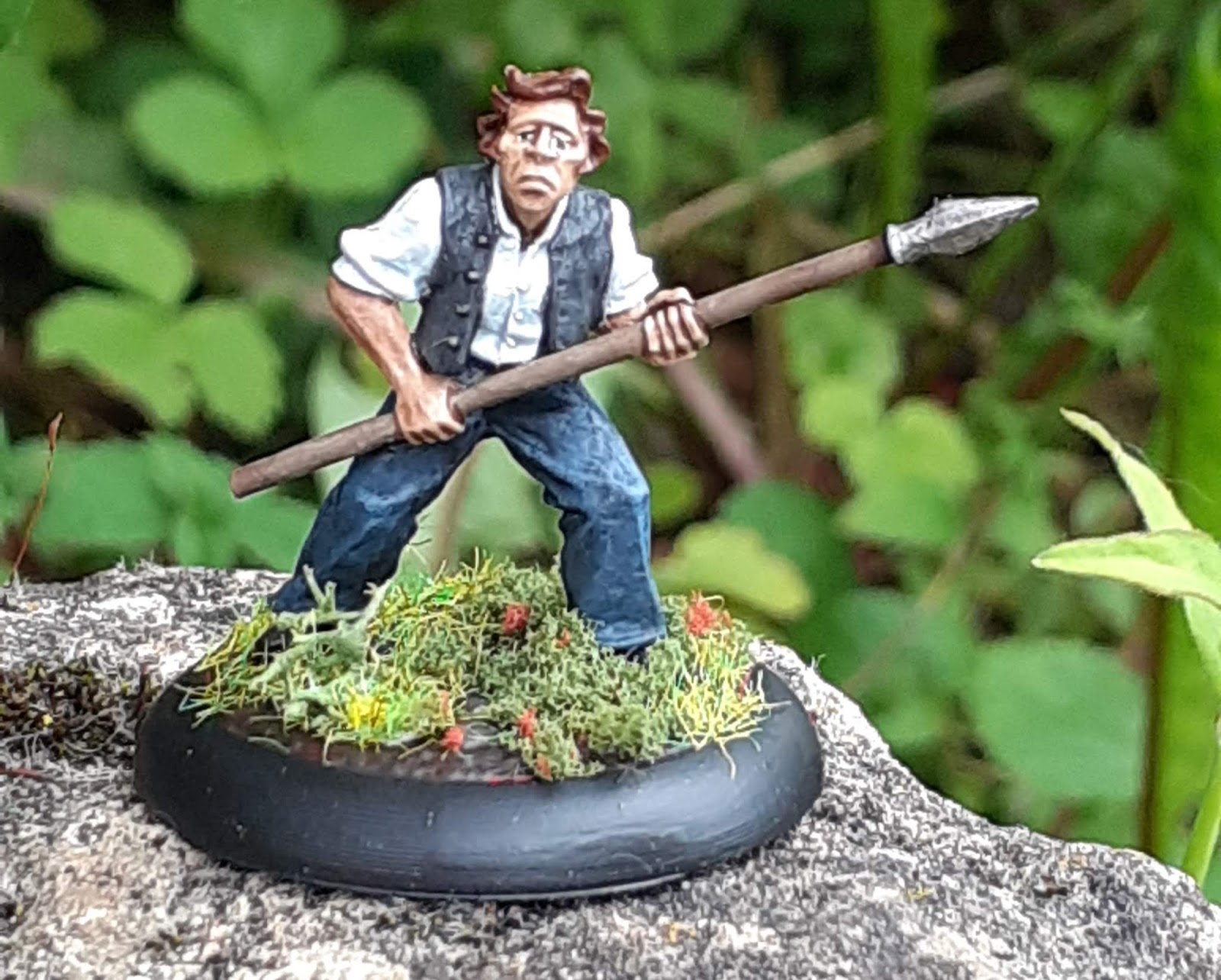 The Antidiluvian Miniature is more cartoonish, and so somewhat easier to paint. In planning my lost world cast, I want to have a Ship's crew stranded with my heroes, and so I've painted this model up to join the sailors (when I eventually get them). I may get round to turning the spear into a boat hook in time.
Another two miniatures painted, but this week saw the joyous arrival of the 7TV: Pulp box, along with 6 villains and 9 macguffin I acquired as part of the recent kickstarter campaign, and so my progress totals have taken a hit.
Acquired: 92
Painted: 78
However, I'm still within reach of a positive tally, and those macguffin shouldn't take long. I'll be doing a review of the pulp box shortly and you'll see what I mean.
Posted by Kieron at 15:44