The Boba Fett of D&D

Warduke - from the D&D cartoon and toy line.
Why do I say he's the Boba Fett of D&D? Because he looks so damn cool! 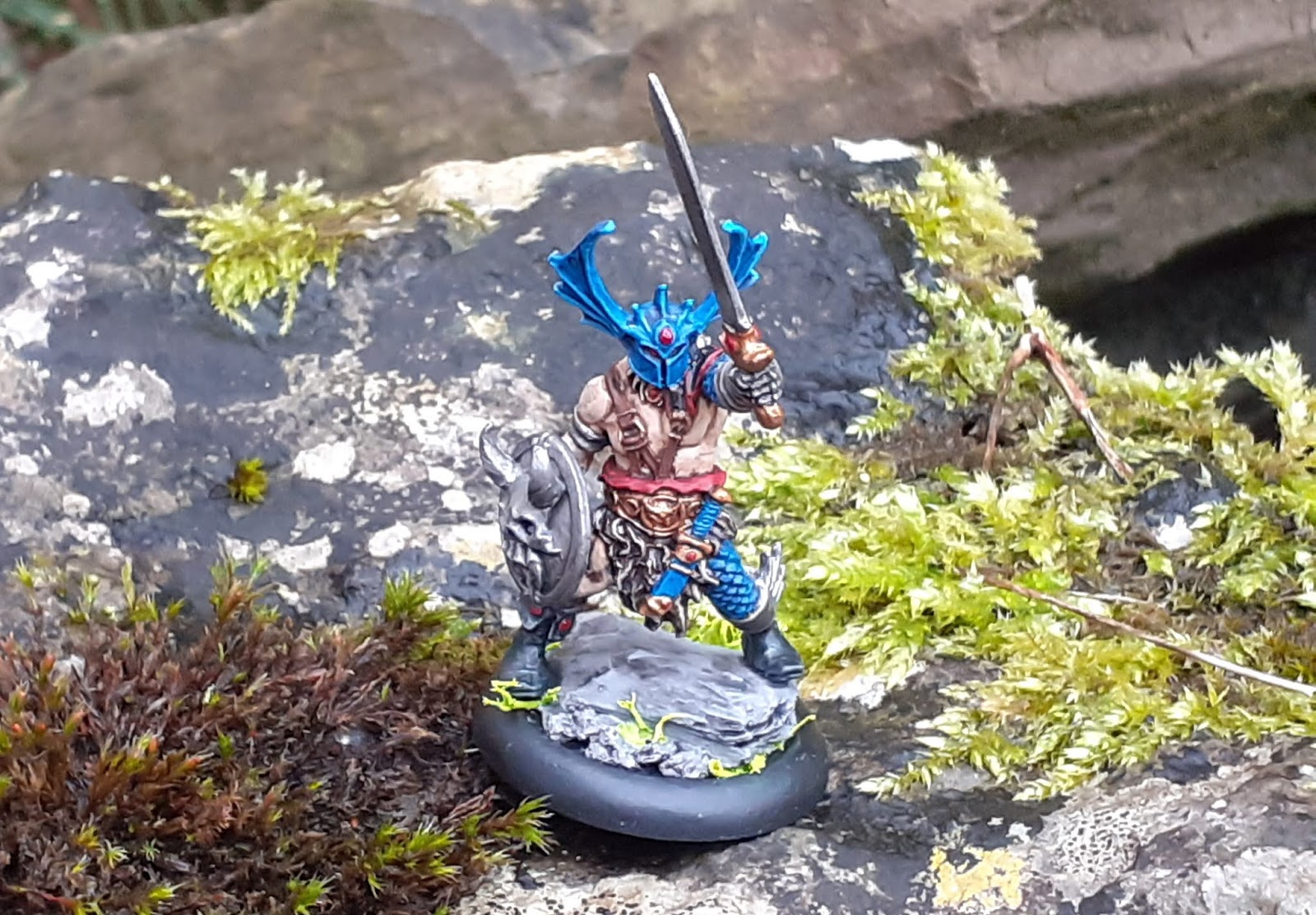 And you thought I'd exhausted every Saturday morning cartoon of the 80s?
Sorry to disappoint.
I hadn't intended to start a D&D project, but, well, look at the guy! 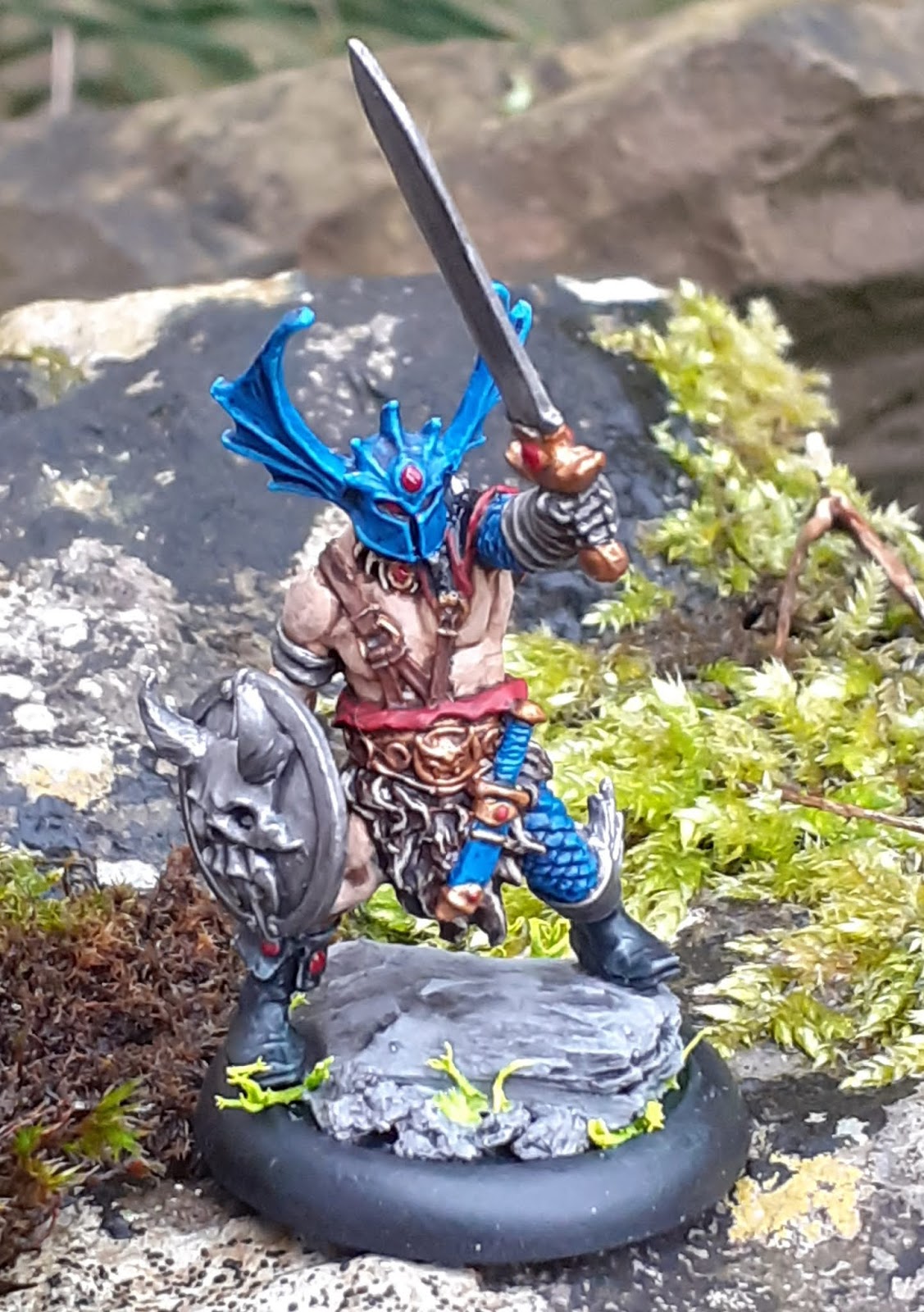 I had the toy version of Warduke, along with several others of the line, and was utterly bemused as a kid when only a few of them (Warduke, Strongheart and Kelek) turned up a maximum of once each in the cartoon series, and some (Elkhorn, Melf and Ringlerun) didn't show up at all. Instead it focused on a bunch of snivelling kids! 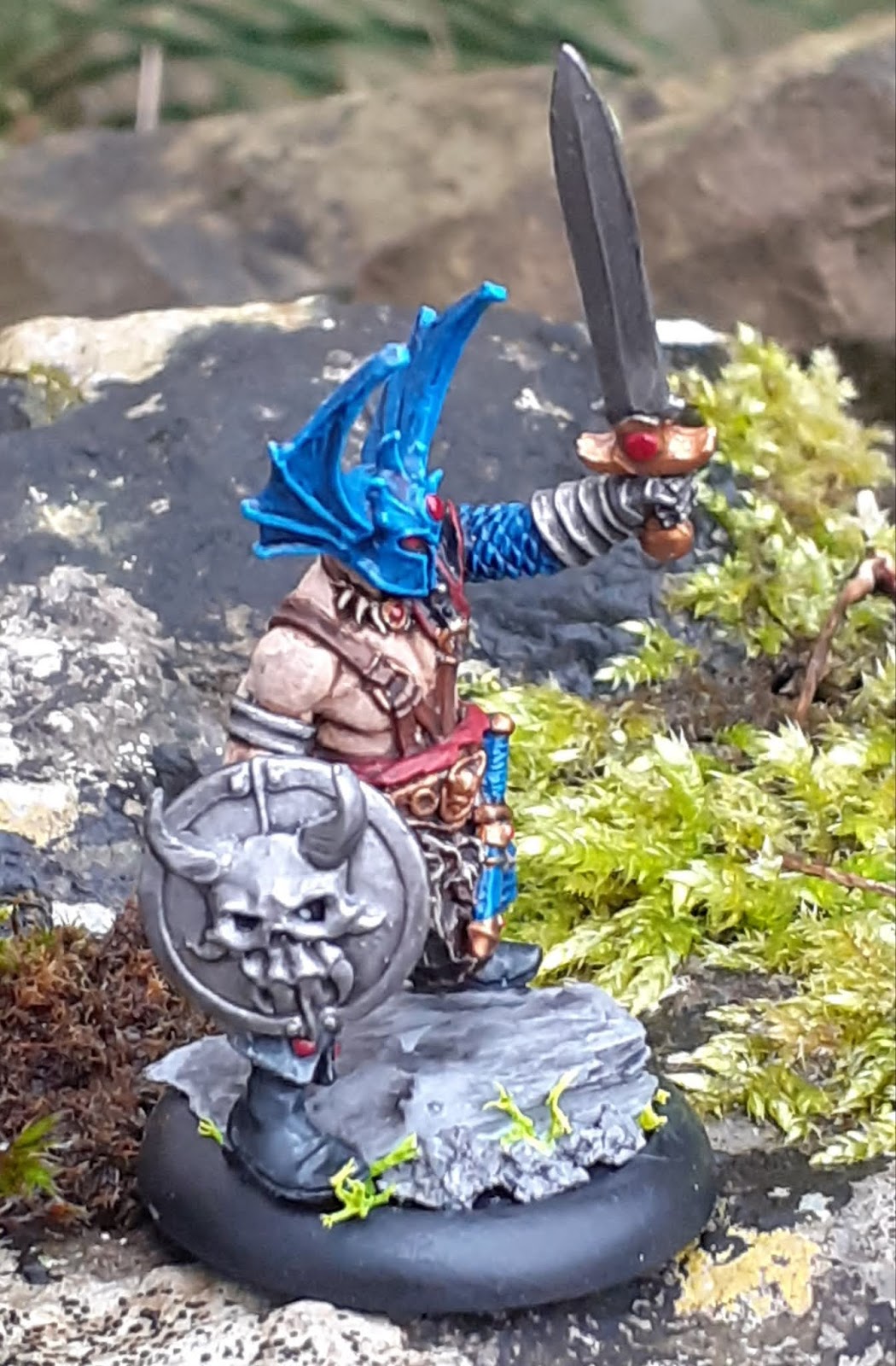 When the opportunity came to grab a fantastic custom sculpt of Warduke, I jumped at the chance.
The model is excellent and was a joy to paint (even though I forgot to wash it and was battling mould release agent all the way). I missed the only noticeable mould line on the bare leg, but the shield covers it perfectly.
I love this model. 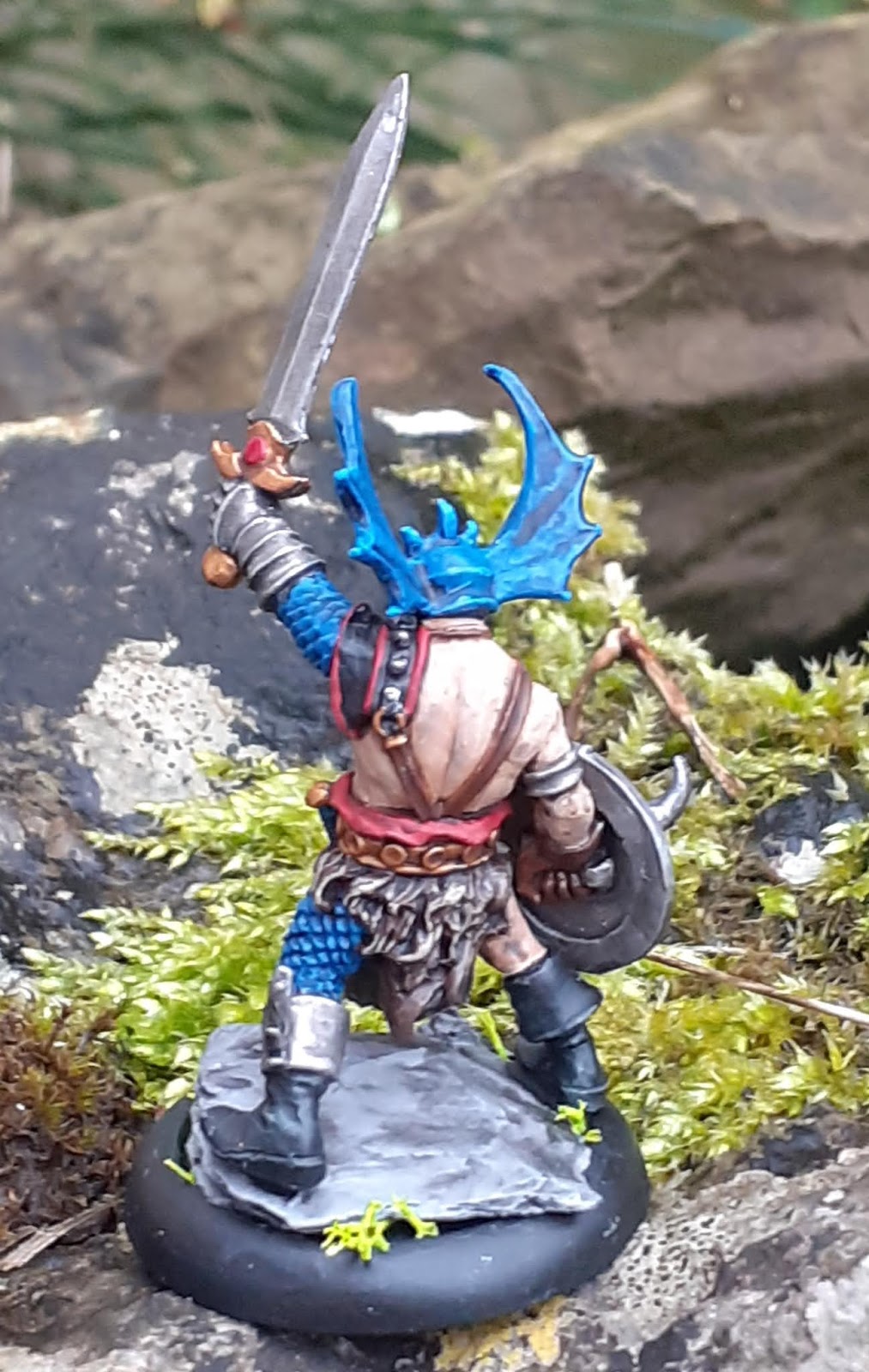 I'm also really pleased with how I've painted it. It's definitely improved my approach to painting blue.
He's destined to be part of my 7TV: Fantasy cast, when it's released. I have lots of other fantasy models, as you know, but the whole point of 7TV is recreating nostalgic TV and film, and so it's nice to do something specifically for it.
The only question that remains is whether to build a cast that evoke the cartoon episode Warduke is in: Venger, Orcs and Bullywugs (Antedilluvian Miniatures will help here), or to go hunting for proxies for the others in the action figure range.
Acquired: 25
Painted: 13
Posted by Kieron at 03:20