I often struggle with motivation when I'm painting rank and file miniatures, and so the last unit of Blood Angels turned into a bit of a chore.
However, I'm in more enjoyable territory, first with the Librarian and now thus guy... 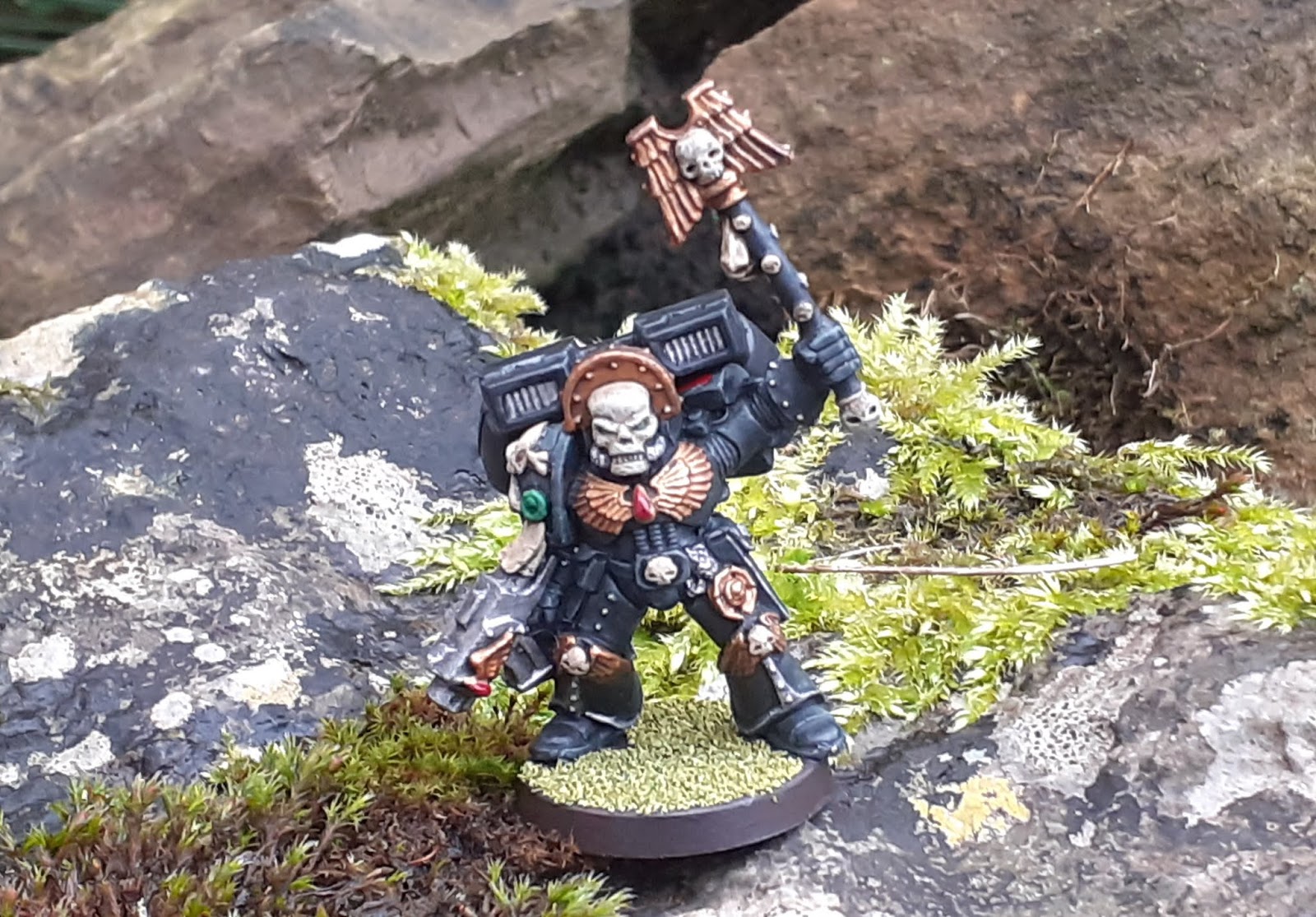 A Chaplain to accompany my Death Company into battle.
The more observant of you may now be thinking that I already have a Chaplain with a jump pack. However, Pete kindly gave me this guy and he's a much better model than my previous kitbashed one. 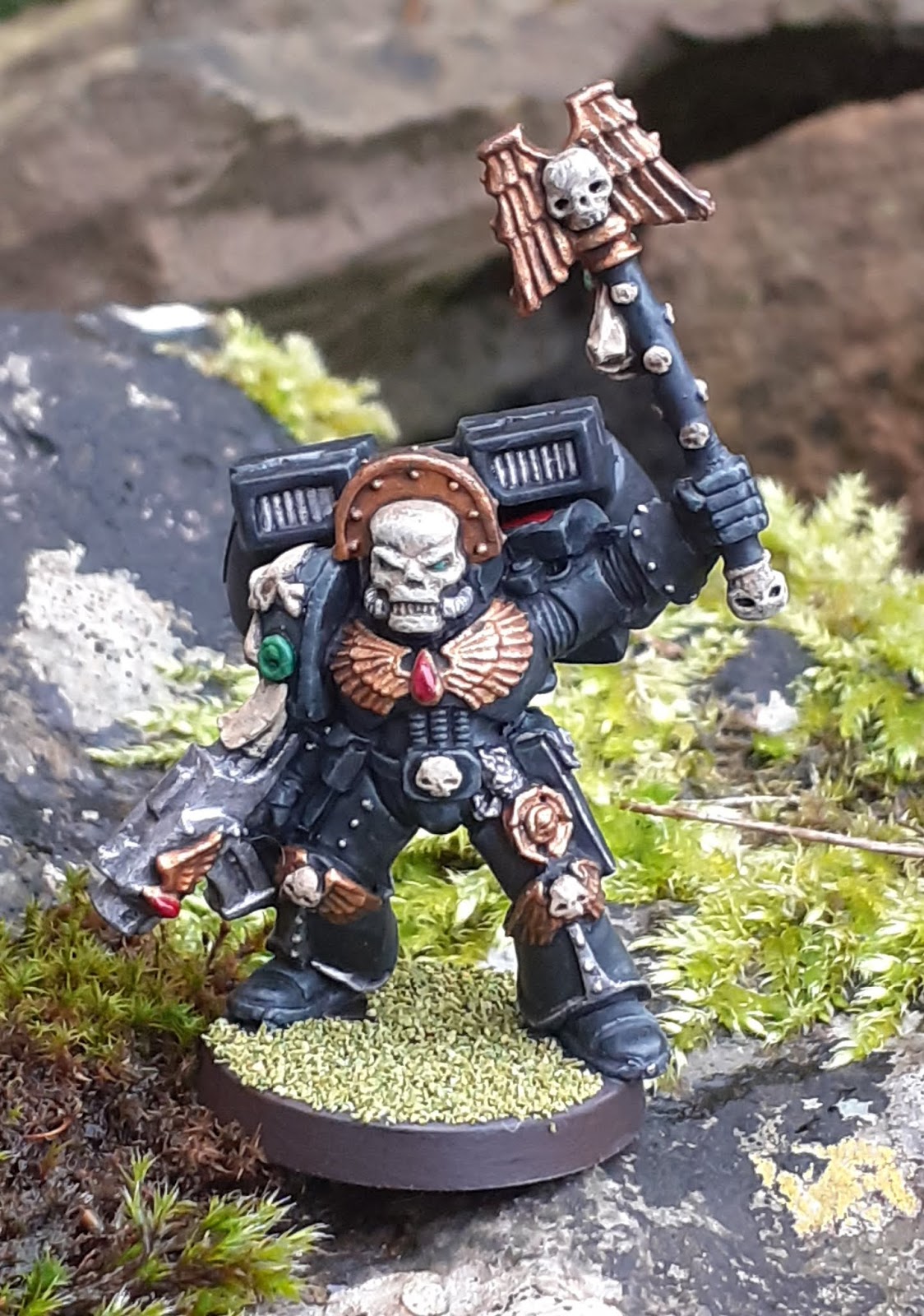 He's quite an old sculpt (1993) and the chunkyness of the model really took me back and highlighted just how much miniature production production has come on. However there's a certain impressive quality to the sheer weight of this little guy. 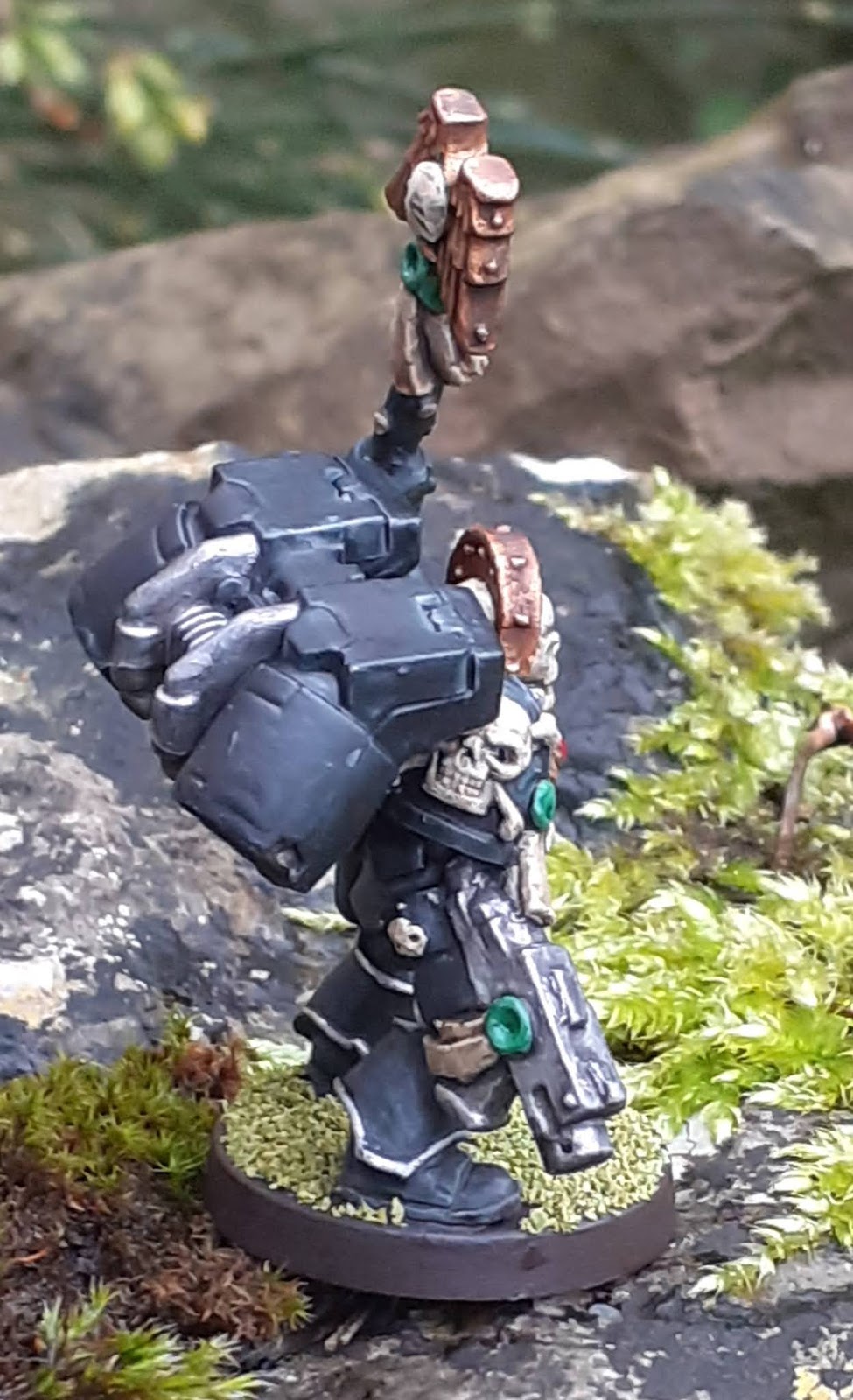 I did him with Black Templar contrast paint and it really brought home how much this range of paints was clearly designed for Space Marines. It's so easy. 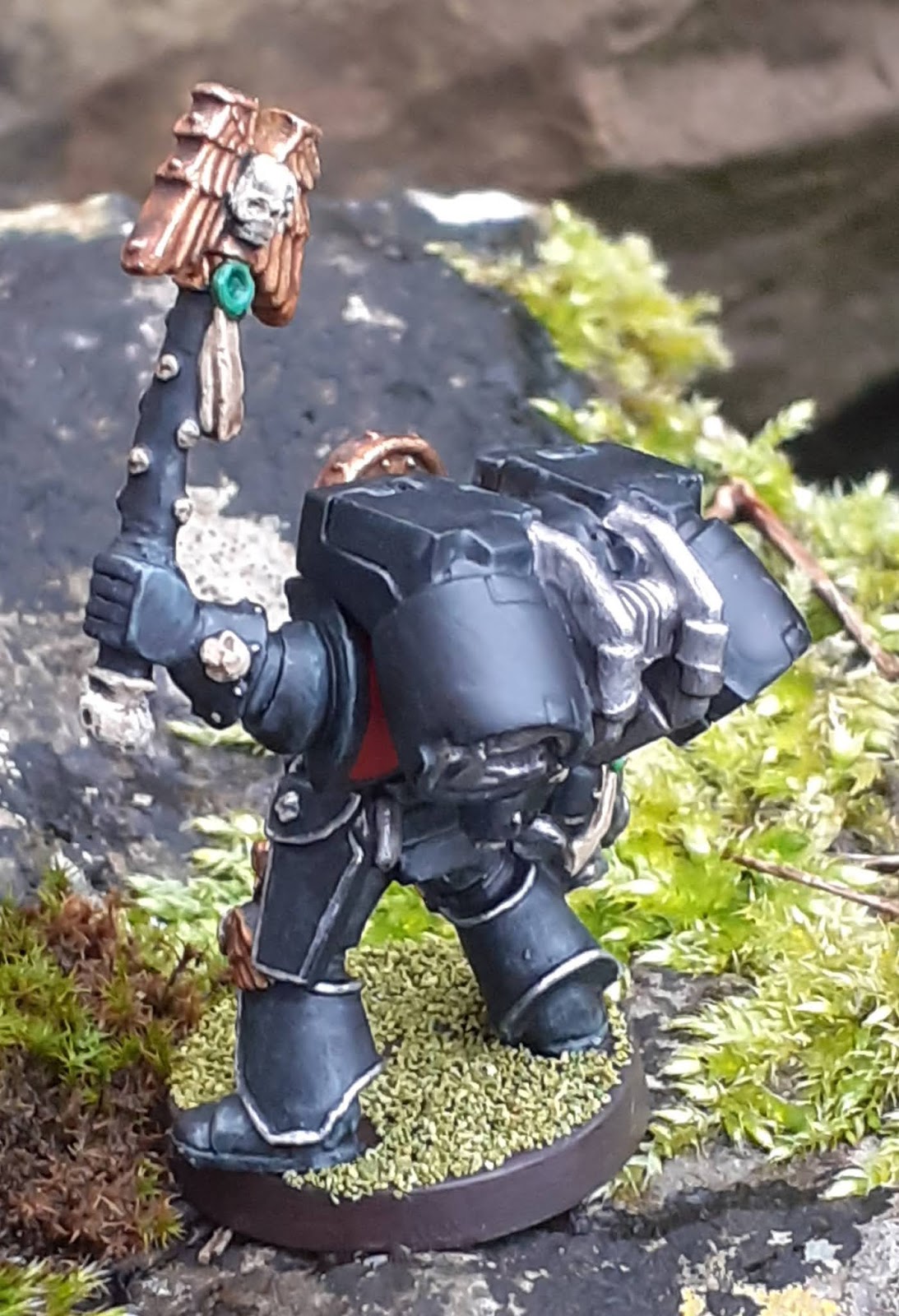 Given its age there was understanably some damage to the crozius (the weapon thing) and so that needed removing and attaching (although I think I've done it backwards). I've also given him a jump pack because he needs to keep up with the Death Company, who have them, and I have a mind to use him as the named character Lemartes, who also has one. 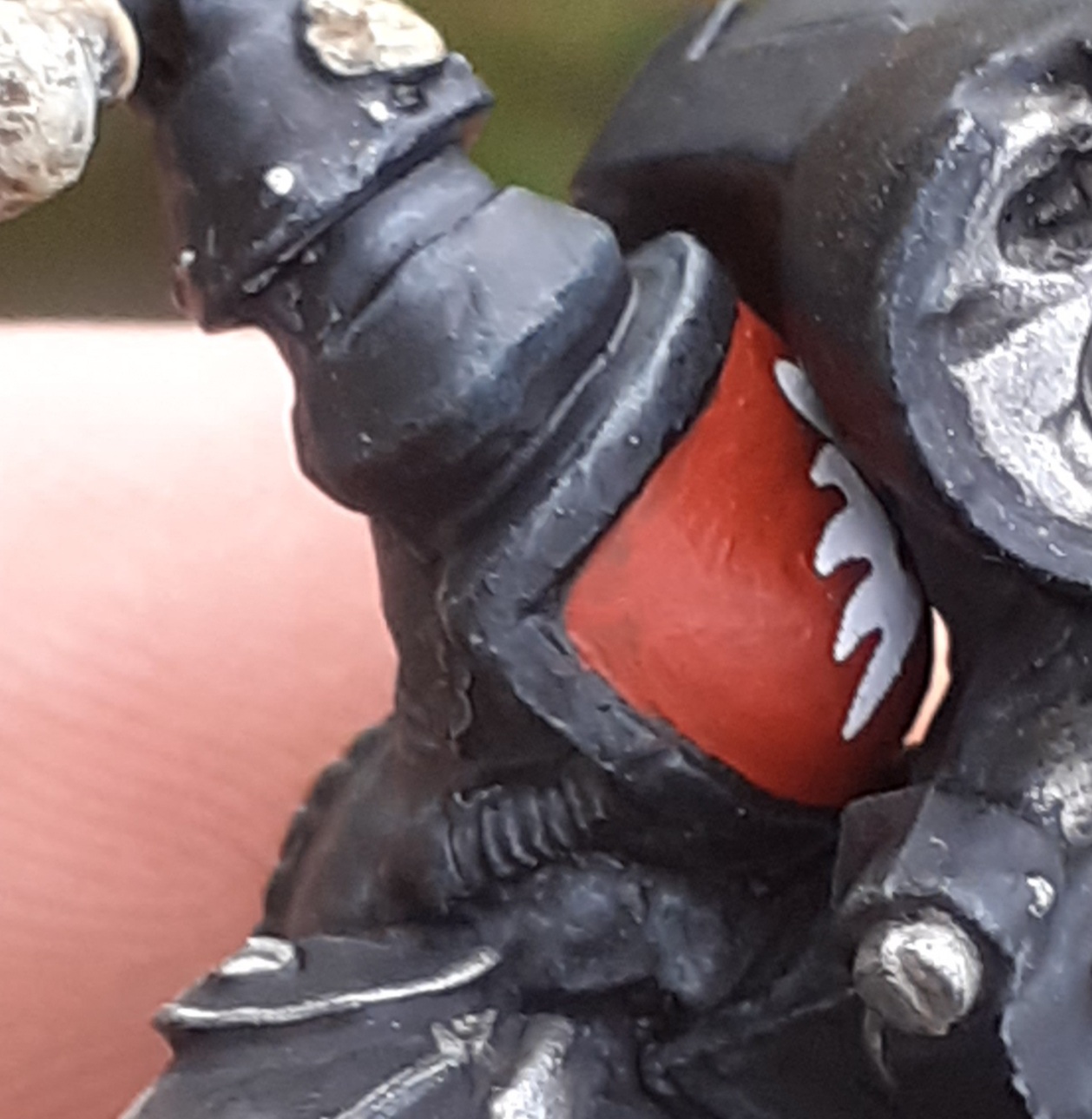 One slight irritation is that I went to the effort of putting a transfer on his left shoulder pad before checking whether the jump pack would cover the whole thing up.
At least I know it's there.
I'm going to approach my remaining Blood Angels as individual characters so that I can enjoy painting them, so you can expect them to keep popping up in the next few of posts.
And so we're off on the 2021 count and straight into the black (hence the post title, get it?):
Acquired: 0
Painted: 1
Posted by Kieron at 03:29