Time For A Change

The tendrils of Chaos have wrapped themselves round my thoughts, and despite the best efforts of the noble Blood Angels, a new threat has been summoned to my little corner of the galaxy, the Segmentum Cheaphammerus.
The vanguard of this incursion are three Blue Horrors of Tzeentch. 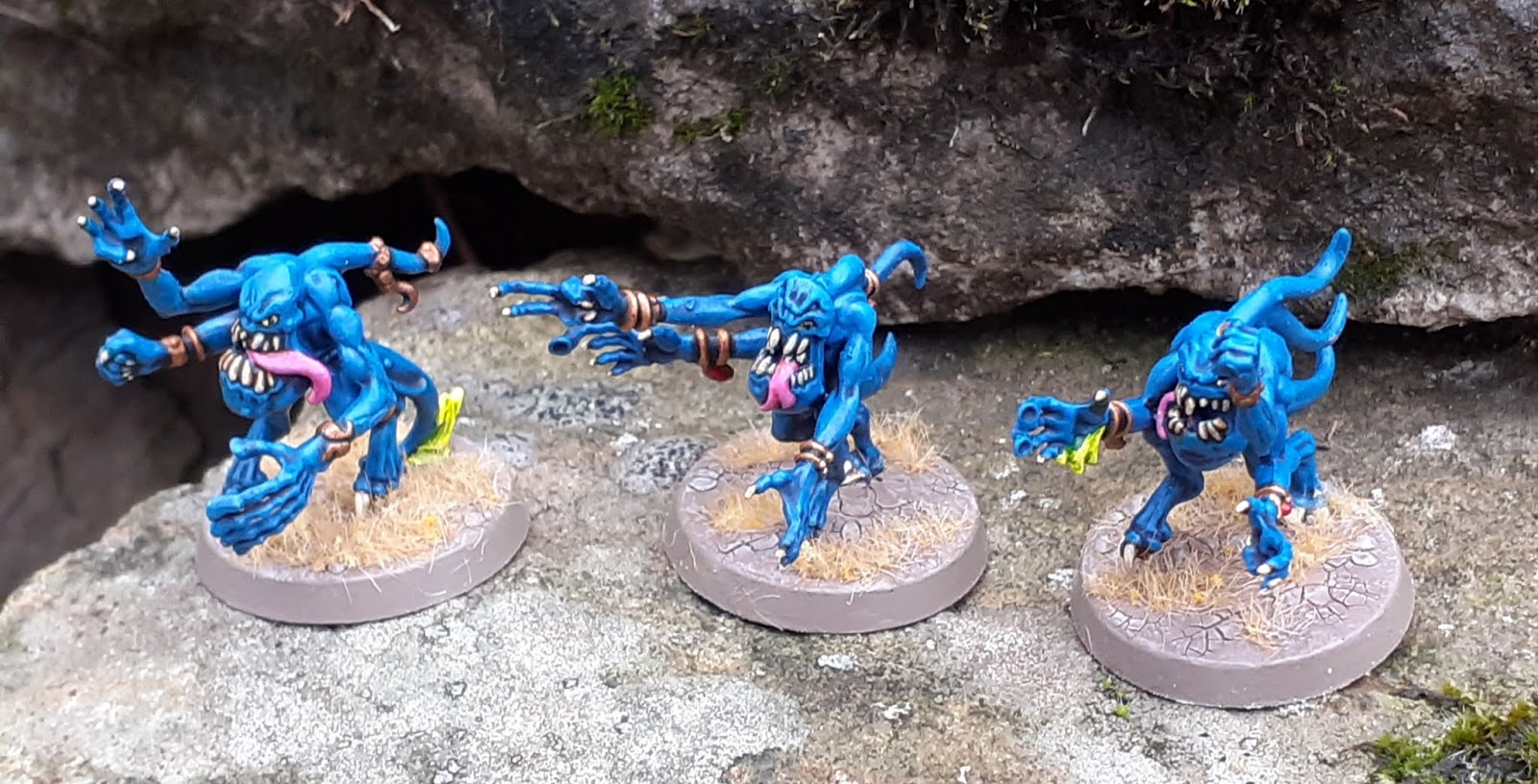 Having decided to take the plunge back into 40k, being me, I spent a lot of time just after Christmas pondering the best way to get something close to value for money from Games Workshop.
I settled on the Start Collecting Daemons of Tzeentch, which at £44 (from Outpost, further reduced by my accrued Outpoints) for 500 points seemed a decent start, given that the component parts would have been £77 from Outpost and a whopping £92.50 direct from GW.
On top of that, there is enough versatility in how you build the set (particularly the chariot & characters) that it's possible to make use of several copies of this box for further savings; unlike some boxes GW do. 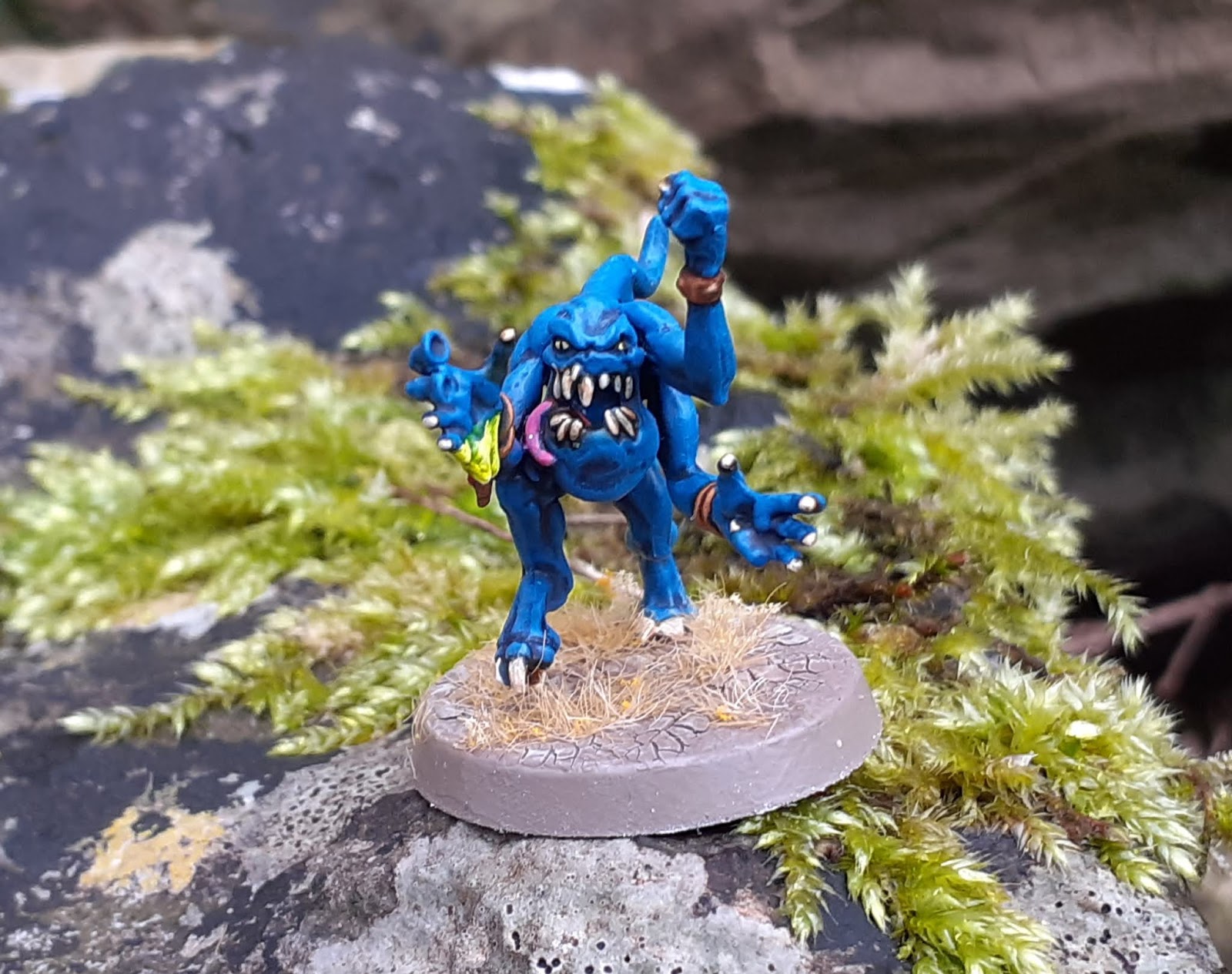 These Blue Horrors are actually an upgrade to the chariot kit and so not counted amongst the 18 models that you get. Therefore they seemed a good place to start to try out a few things.
Firstly, the skin was done with a base of Caledor Sky, a wash of Drakenhof Nightshade and drybrush of Lothern Blue. 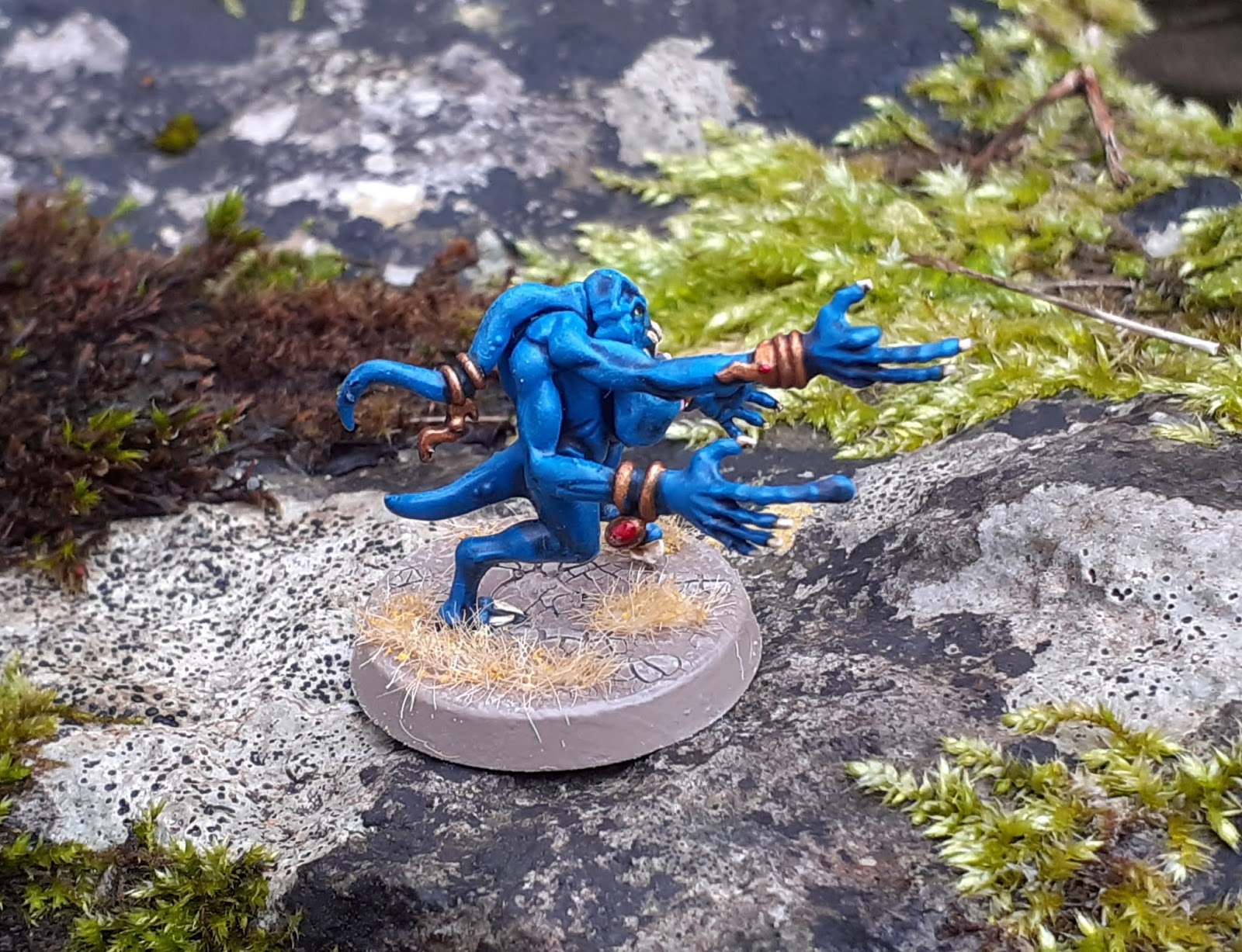 Given that there was very little in the way of jewellery or other accessories, I wanted it to contrast and stand out. Therefore it was all done in Retributor Armour, with a few jewels done with Blood For The Blood God, because I like the effect. 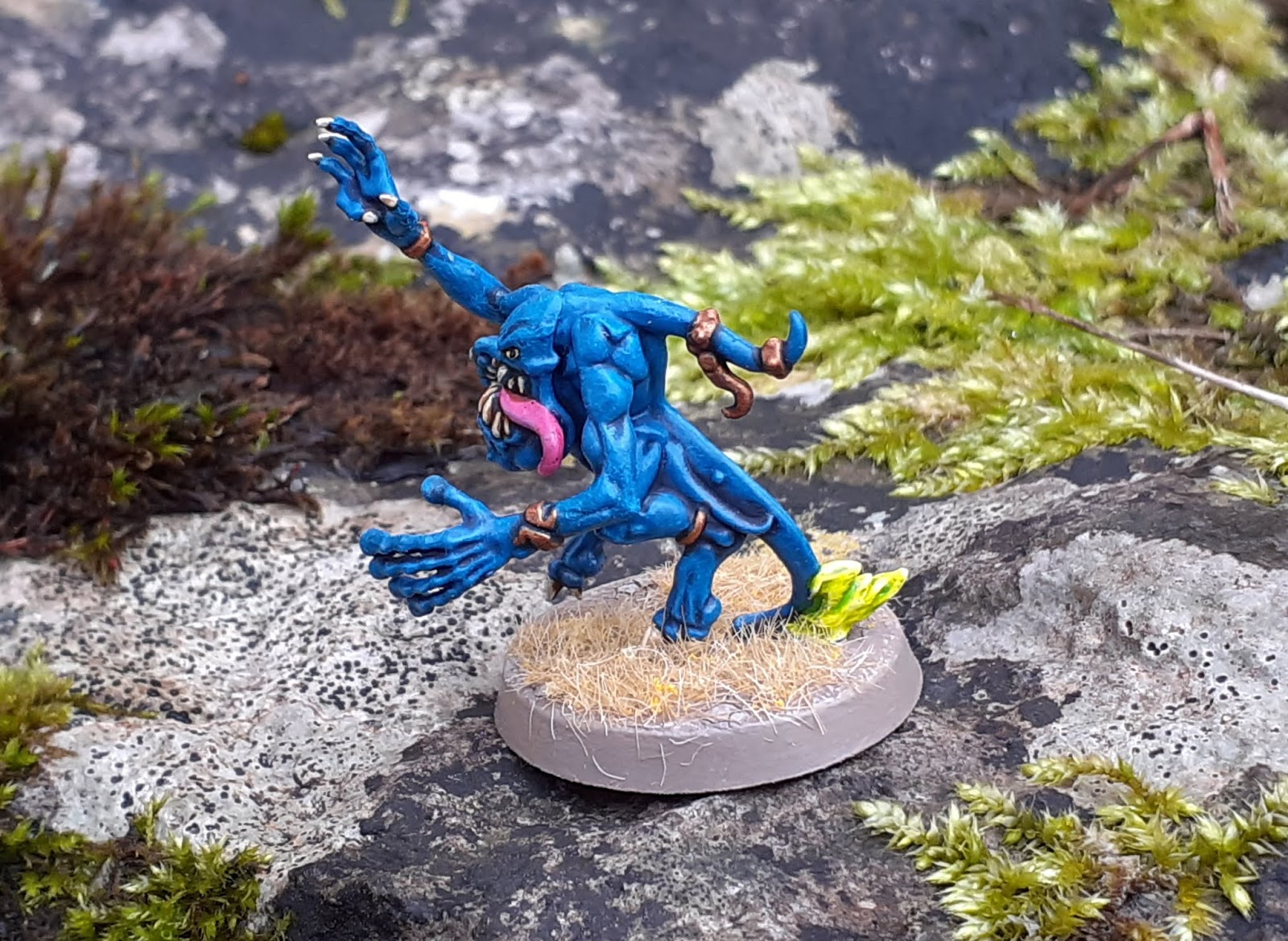 I've decided to use Tesseract Glow technical paint for any flames on the models, as I like the eldritch green-yellow effect, conveying a magical fire.
I'm also rubbish at doing regular fire.
The bases were done with Agrellan Earth technical paint, because I had it to hand, drybrushed with Ushabti Bone and finished off with some dead grass flock that I haven't used since I bought it about 8 years ago.
All in all, I like my Blue Meanies and even though they are too few to form part of the army for a while, there are certain proofs of concept that I've tried that will be used elsewhere in the army.
When I originally added the Start Collecting box to my tally, I only counted the 18 models labelled on the packaging. Given that I've used the Blue Horrors separately, I probably should add them to both tallies because I'm an honest sort.
Acquired: 28
Painted: 16
Posted by Kieron at 06:50