In the grim darkness of the 41st millennium there is, apparently, only war. Sounds dangerous. Somebody might get hurt.
Fortunately, I now have this guy. 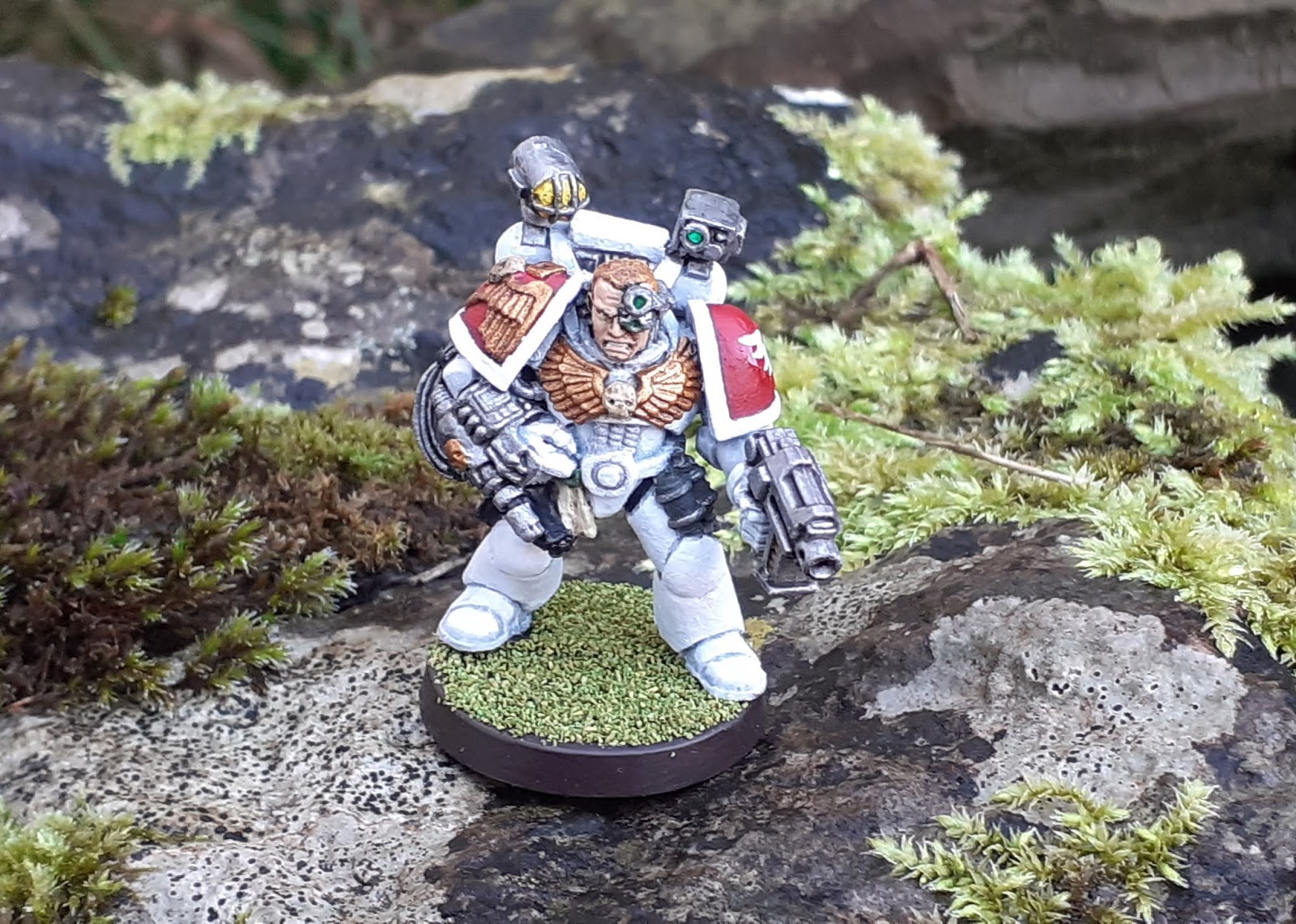 This is an Apothecary for my Blood Angel's force, which for some reason I'd originally painted gold, and so he's been stripped back a redone from scratch. 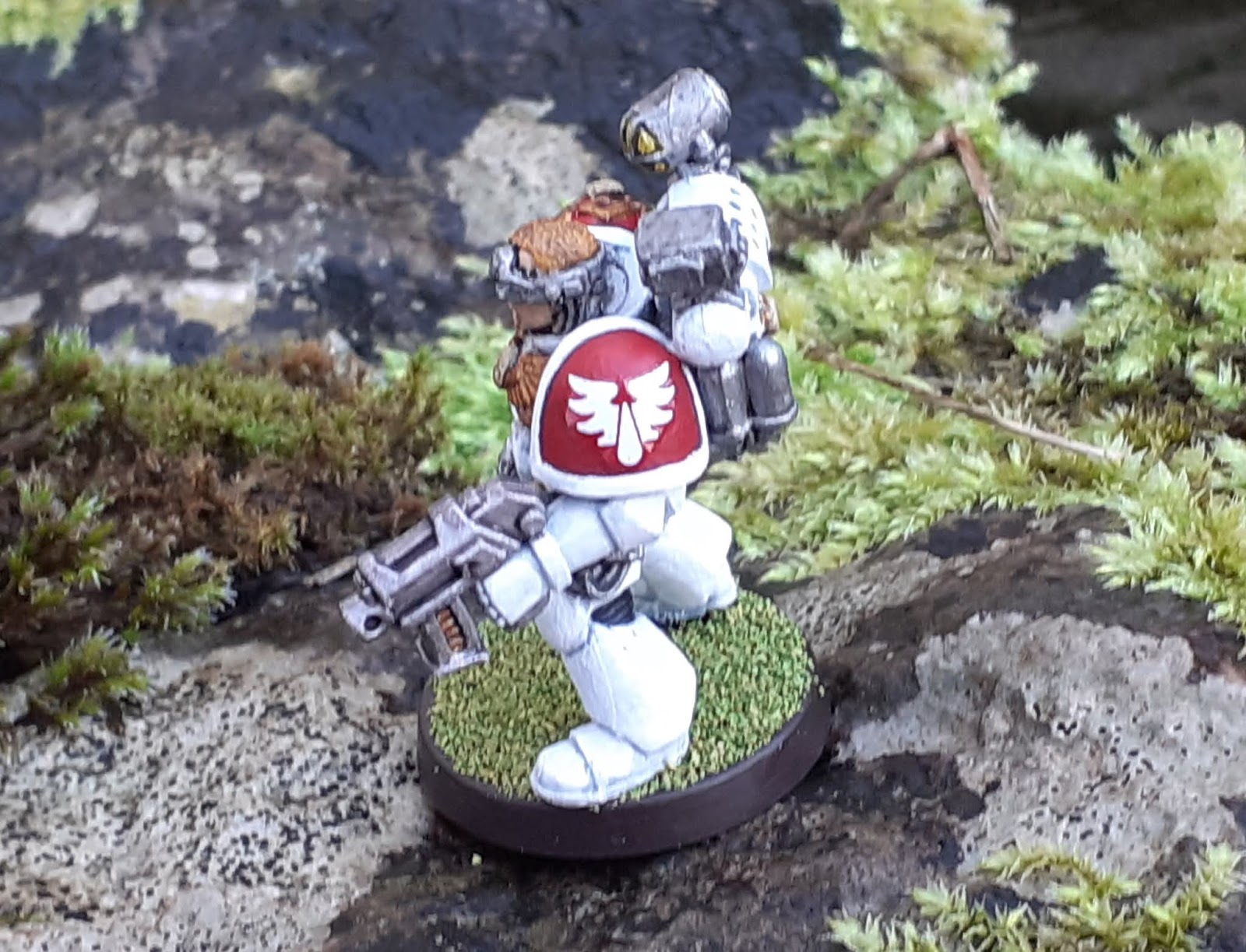 Painting white armour carries its own issues. I went for the aptly named Apothecary White contrast paint over a Corax White base. This comes out a little too grey, and so I then drybrushed and highlighted with White Scar.
Going back and filling in colours on top of white meant for a lot of tidying up as I went, but I think it's turned out okay. 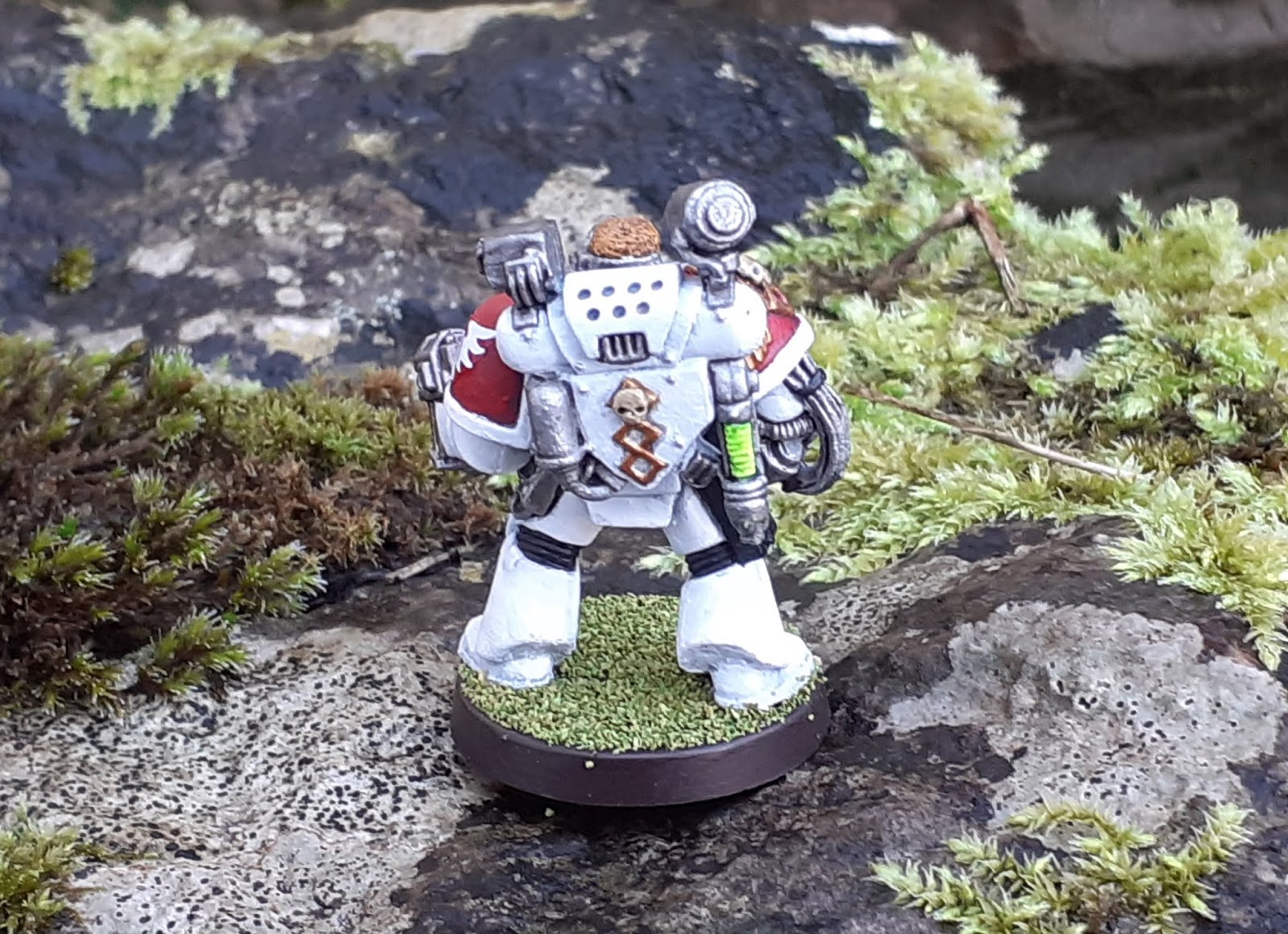 On the backpack I've used a tiny bit of Tesseract Glow technical paint to give a neon effect to something that looked a bit like a plasma generator to my eyes. I've also gone back to the few plasma weapons in the rest of my army to do the same and help them stand out. 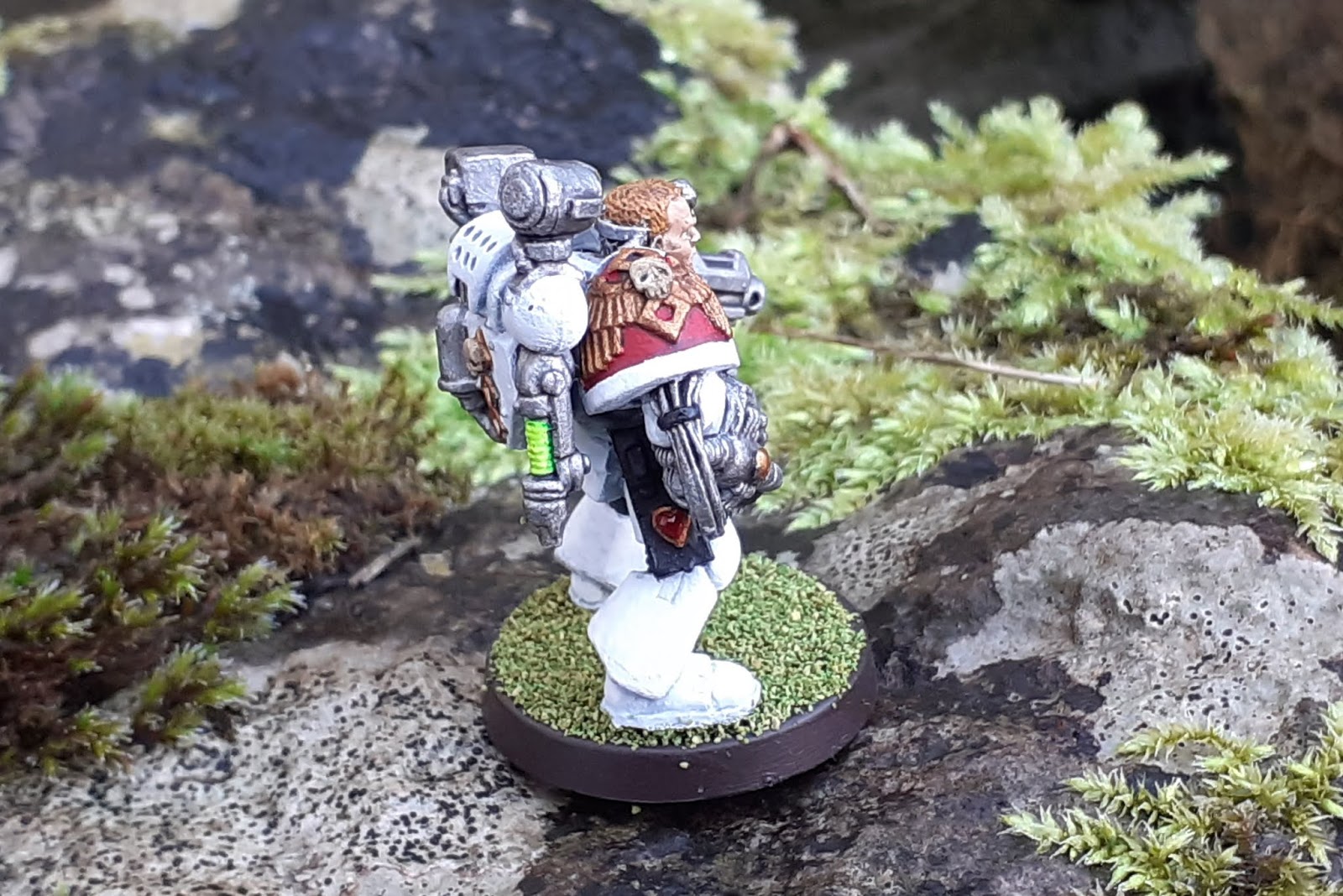 I'm a fan of the technical paints range and the gem on the holster (along with all similar gems in the army) has been done with the Blood For The Blood God technical paint to make them shiny.
I'm really quite happy with how this chap has turned out, despite being a bit worried early in the process.
However, even though I've painted an Apothecary, my painting tally has already taken a wound in the form of me inevitably spending some Christmas money. I've picked up a few LotR bits, a single model for the Blood Angels and a brand new project for 2020. That leaves things looking like this:
Acquired: 23
Painted: 2
There's a long way to go yet though.
Posted by Kieron at 03:00