Nothing to fear, except fear itself...

In honour of it being Halloween, I've been working on an appropriate miniature for the Batman game. None other than the Master of Fear, Professor Jonathan Crane, a.k.a. the Scarecrow! 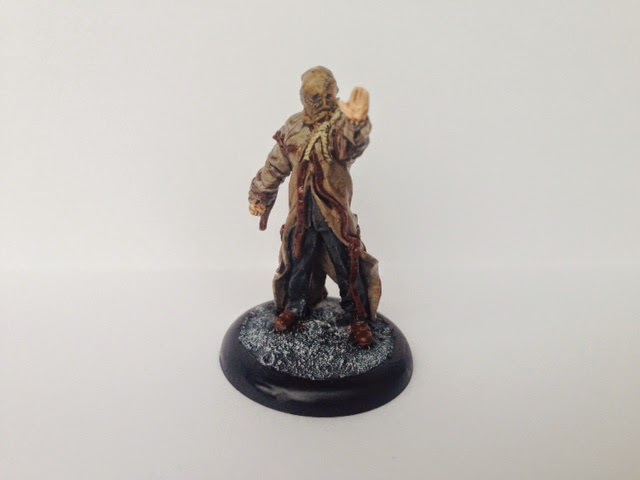 This is the incarnation of the character based on the Nolanverse Scarecrow, played by Cillian Murphy, who was a significant member of the League of Shadows in 'Batman Begins' and then a recurring bit player in 'The Dark Knight' and 'The Dark Knight Rises'.

It's not my favourite model, but painting him was straight-forward and I didn't pay full price, so he's a decent addition to my collection. In the game this version of the Scarecrow is a Free Agent who only works for the League of Shadows and so joins Talia Al Ghul and Bane (along with my Blackgate Prisoners) in what passes for my League gang...I really need some Ninjas.

Also for Halloween, I've spruced up the base of my original Scarecrow with a jack-o-lantern from a small company called Rapier Miniatures. It adds a bit of colour to what is otherwise a bit of a dull model, so I like it. 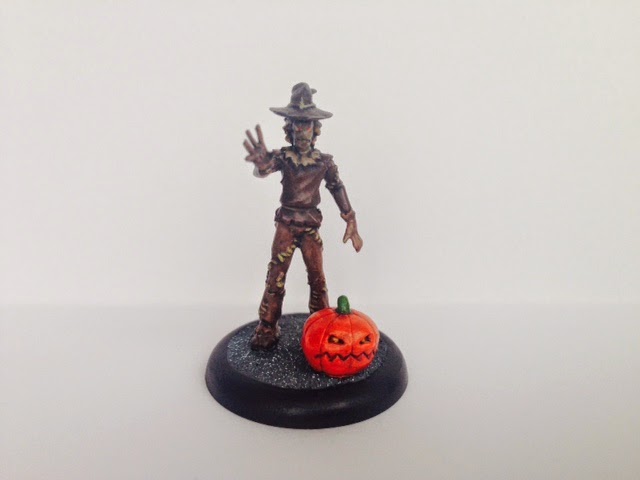 I've said before that I don't like the Arkham City version of Scarecrow, so this traditional comic book figure is the one I'll be using as my regular Scarecrow who'll work for anybody, as long as he gets to terrorise folk.

Tomorrow, as it's Halloween weekend (which is a 'thing' Matt), we're having a Zombie game. This will be the first time my Zomtober stuff from the last two years has hit the table, so I'm looking forward to it and there'll likely be pictures and a report.
Posted by Kieron at 08:58