Zomtober 2 - Faces From The Past

It's that time of the week and I present my offering of fresh meat on the slab of Zomtober: 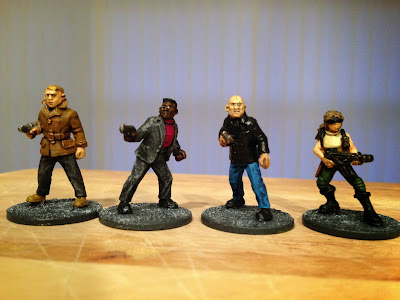 To be honest, just like last week, these models weren't actually painted last week. They're all models I've had for some time that have been, to varying degrees, re-touched, re-painted and re-based. This year Zomtober is helping me to clear the decks quite effectively.

As you may remember from last year, I like to give my survivors names with cliched pop-culture references. So, without further ado, I'll introduce the team. 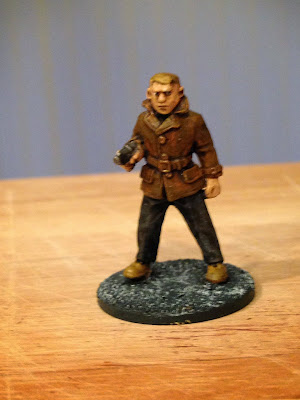 Daniel Bielski (to my mind he looks like Daniel Craig's character in 'Defiance') is the leader of a group of survivors. Tough and uncompromising, Danny is determined to do whatever it takes to keep his group alive. 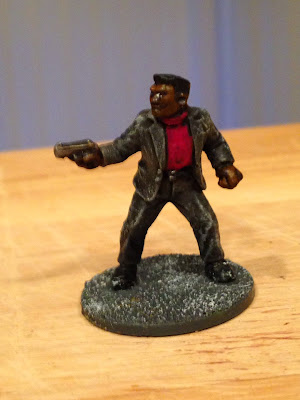 Carlton is from a rich family and is not the most practically minded individual. Prone to panic and moaning about the life he left behind.

Another KGB man. From way back the suit with roll-neck sweater just made me think of the character in 'The Fresh Prince of Bel Air'. This picture has also made me realise that his eye has spread onto his nose and needs fixing. 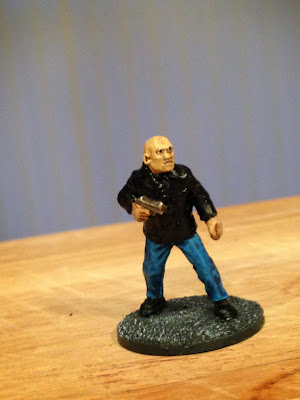 Mitchell was a car-mechanic before the outbreak. Gruffly spoken and likely to solve problems with his fists, Mitchell seems to have a limited range of facial expressions.

The last KGB man from the pack. I've done his jacket in black ink so that it's a little shiny like leather, however it doesn't show up well in this photo. And yes, I do think this looks like Ross Kemp. 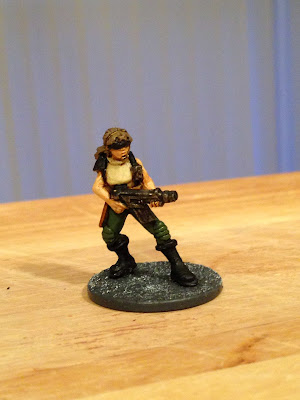 Ellen is a trucker who was the only survivor to escape the epicentre of the outbreak. Over time, she's learned how to protect herself and is prone to taking extreme measure to eradicate Zombies. It's the only way to be sure.

I have no idea where this model came from, but I've had it for at least twenty years. She was part of my Necromunda gang which was named after the characters from Aliens (I've never been good with names). This model was Ripley...thus she's now Ellen.

On a separate note potentially of interest to Zomtober visitors, I watched a film called 'Stake Land' this week. Although technically dealing with vampires rather than zombies, apart from a couple of moments, it could easily have been fast zombies. 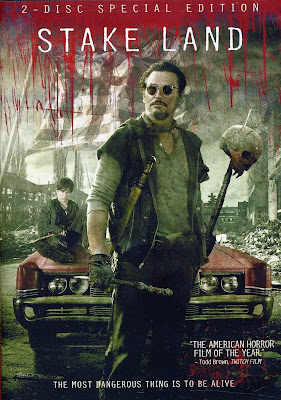 What was particularly good was that it didn't focus on the outbreak but on survival in the post-apocalypse world. It also avoided many of the group dynamic cliches usually found, and generally, folk behaved in a cautious and more believable manner.

It had a quiet and measured tone, but with plenty of action thrown in. I'd definitely recommend it to my fellow Zomtoberists.

Also this week we had a game of Black Powder to introduce Wes and Pete to the rules. Realising that I had no skirmishers painted, I quickly fixed that problem to at least give my brigade some options in terms of formation. 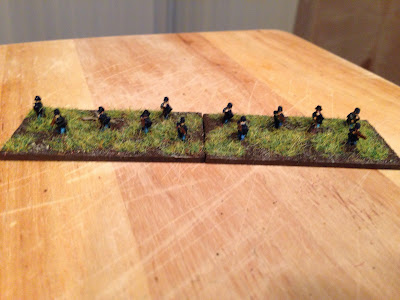 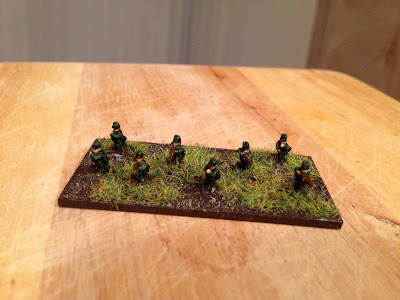 The game was fun as the four of us either  got to grips with or struggled to remember the rules. Matt and I won through a combination of knowing the rules (when our opponents didn't) fortunate dice roles and having nearly twice as many units painted as our opponents. 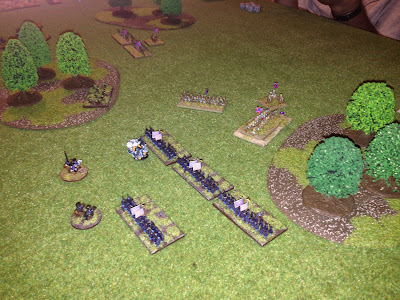 That wasn't the point though. Pete and Wes got a hang of the rules and know that they know that Black Powder doesn't really have a points system, I suspect a full on painting arms race will ensue.

Speaking of which, where did I put that artillery?
Posted by Kieron at 12:09