More re-basing from the Wood Elf army. This time it's the metal models. 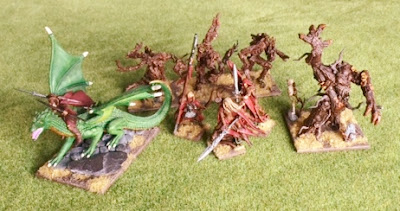 First up, my Treeman.

Yes, I know you've already seen this, but I've added a few details to the base as I felt it was a bit dull and need to match my other Forest Spirit units. 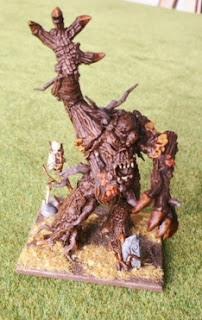 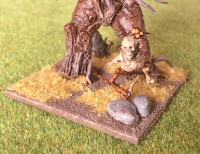 Next up, my Treekin...erm...Forest Shamblers. These guys add a little bit of resilience to my line and although they are slow due to the Shambling rule, they make up with it with a free move at the start of the game due to Vanguard, and can be Surged forward by the Treeman to get sneaky flank attacks in. 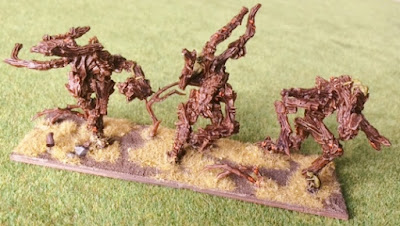 I've done three Hero models. An Army Standard Bearer to help with the inevitable Nerve tests. An Elven King/Prince, to add a little leadership and put a little extra hurt on unwary units. Finally, a Wizard, for a bit of healing and magical support. 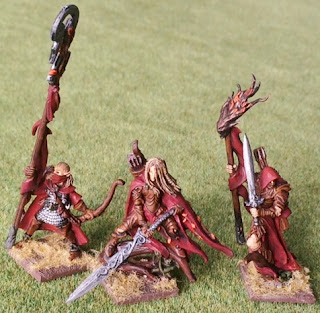 The last model is a Dragon Lord. Which is an Elf Lord...on a Dragon! This does what you imagine a Dragon to do: fly around, breathe fire, stomp and chomp! This guy will likely only appear in bigger games, as I'd imagine he's a little unfriendly in smaller games. 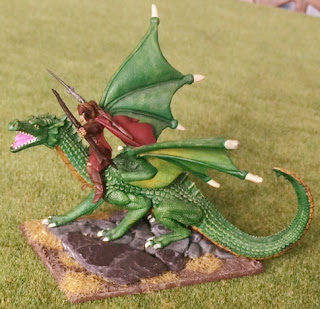 I've not attached the rider so that I have the option of adding the Dragon as a 'Beast of Nature' allied unit to both the Wood Elves and my Bretonnians. 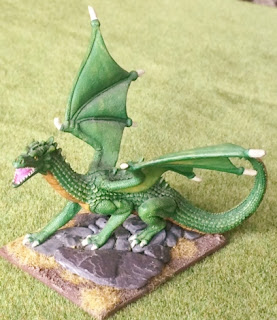