Beating Hydra To A Pulp

The Wargames Illustrated 7TV: Pulp day is edging ever closer, so I thought I'd better pull my finger out and get my cast sorted.

I had considered using my cultists, but that felt lazy and also cults are organised a bit differently in 7TV: Pulp. I also thought about my Atlanteans, but they're a bit short of numbers and I'd like to find more models that are appropriate to the film.

However, when I realised that the new 7TV: Pulp set included a profile for a Costumed Champion and his Stalwart Sidekick, I realised that I'd already started a suitable cast, and that completing it would enable me to use one of the many sprues that Wargames Illustrated have seen fit to add to my lead/plastic pile this year.

This is my 30 ratings cast ready for action. My choice is not only fortuitous in that it was announced this week that the theme of the day is a race for supremacy between the SSI (the people who made Captain America) and the nefarious nazi offshoot that is HYDRA, but also Captain America features in one of the very movie serials that 7TV: Pulp has taken as its inspiration. 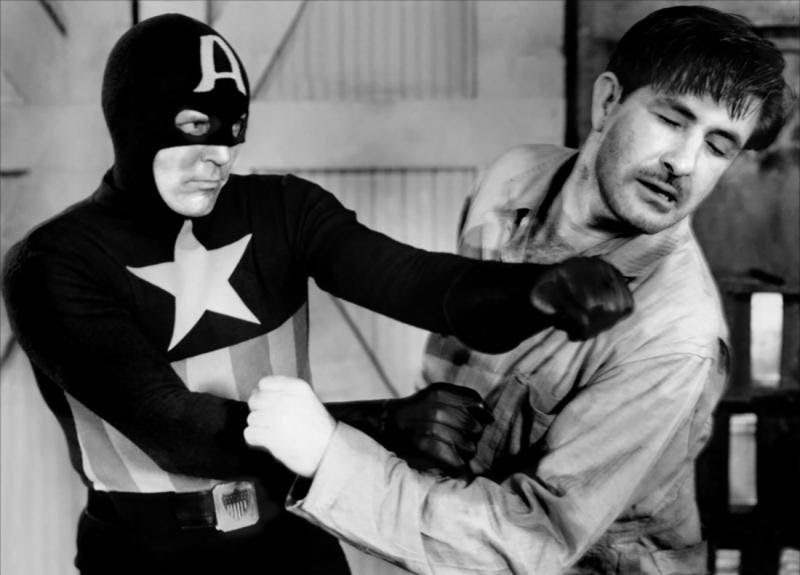 My own Captain America and Bucky are from What The? Miniatures and were painted some time ago. 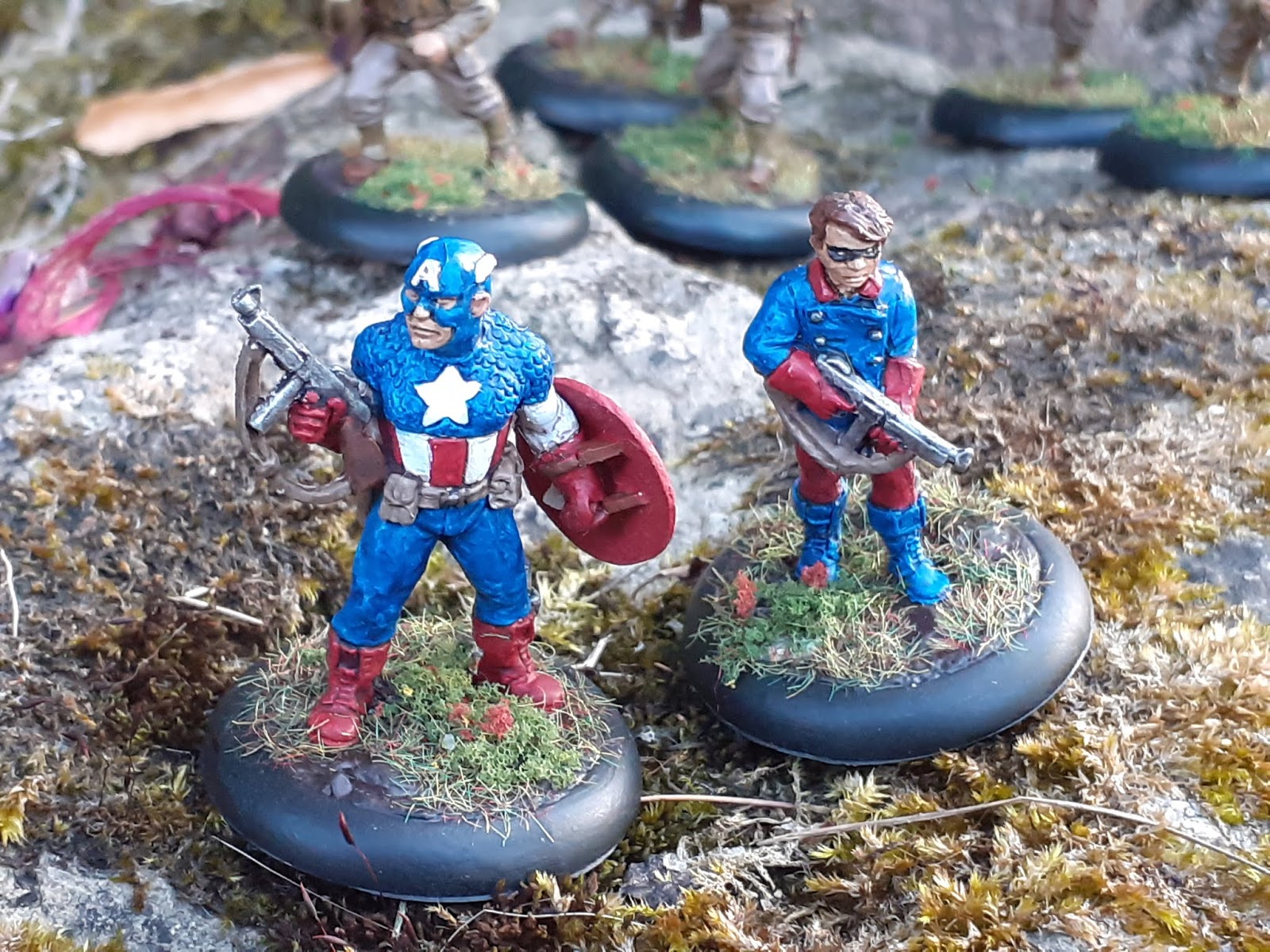 The soldiers, on the other hand have been done in the last week and have handily used up miniatures that might have tempted me to start a new army.

They've also reiterated my feeling that I'm just not keen on building or painting multi-part plastics anymore. I'm much happier with metal that someone more talented than me has posed. 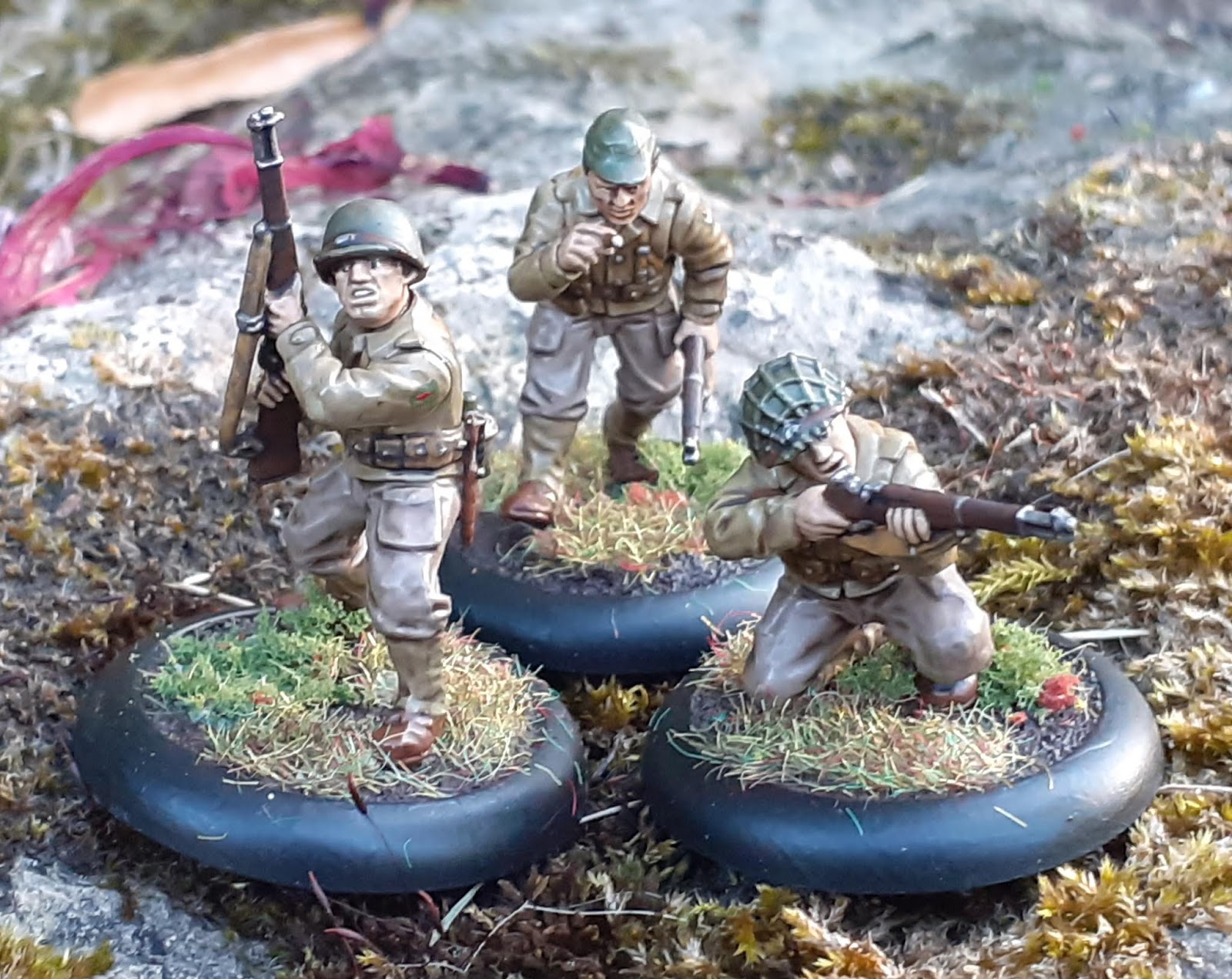 Painting them was more involved than I thought they'd be as for some reason I'd developed the idea that American uniforms were pretty much the same colour all over. They're not. Its not like they're massively involved, it was just more than I was expecting.

The Army unit in 7TV: Pulp includes an officer and a sergeant who are largely identified by their weapons, but I've had a go at rank insignia too, along with unit patches. My freehand work is never that great, but I'm happy enough with the results.

I'm much happier with the helmet on the medic, who's making up the numbers in the cast. 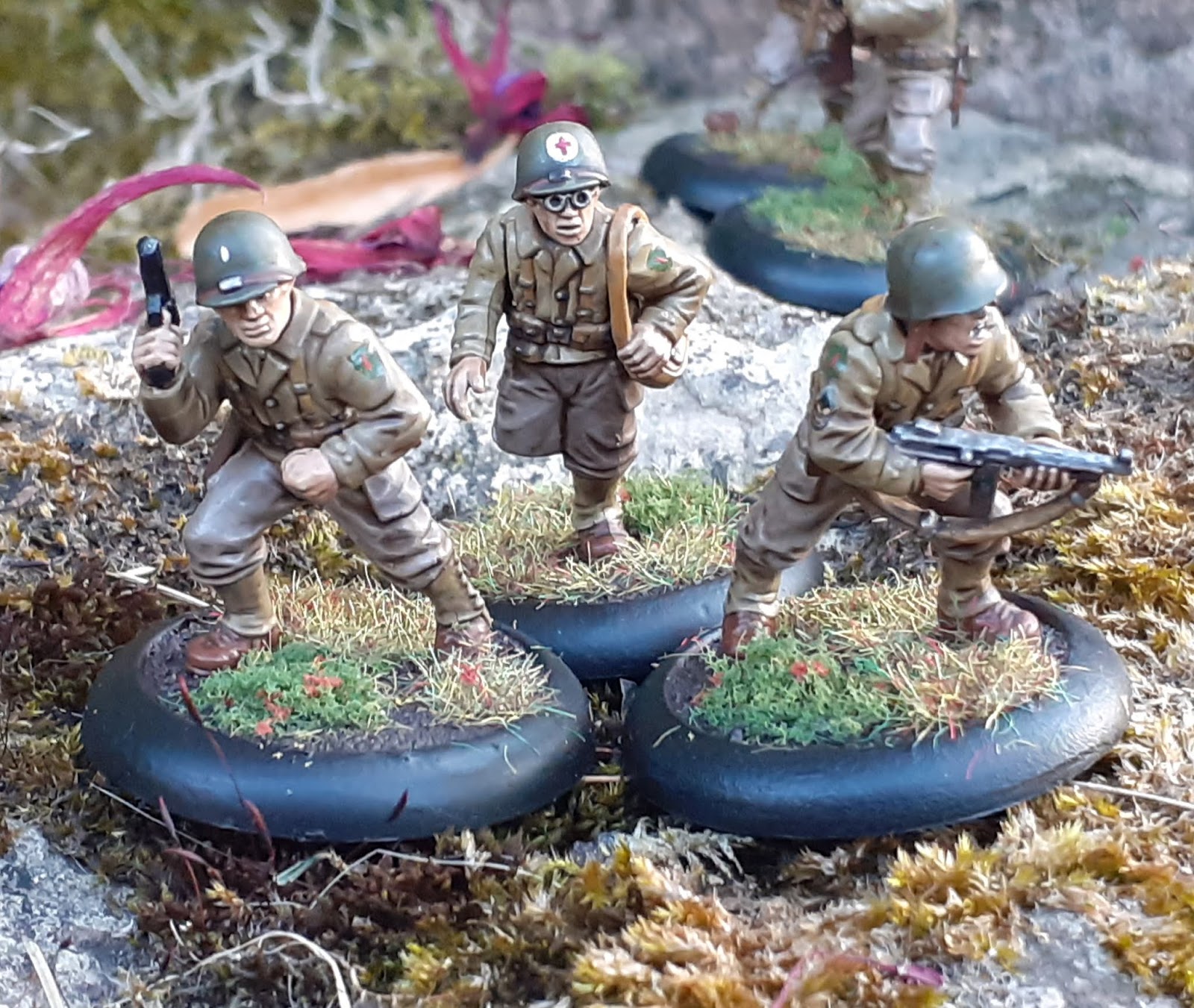 The final member of the cast is a bit of an odd one out, deliberately so. He's actually a model destined for my lost world cast (hence the different basing) and is another Antidiluvian Miniatures sculpt, this time bearing a striking resemblance to Peter Cushing in At The Earth's Core.

Yes, that is Doug McClure with him.
I've not painted mine exactly as Abner Perry, Cushing's character, mainly so I can convince myself not to do a project on this film as well as Warlords Of Atlantis. Instead I have gone for a brighter waistcoat for a bit of colour. I've also noticed that I've neglected to paint his watch chain, and so I'll have to go back and do that. 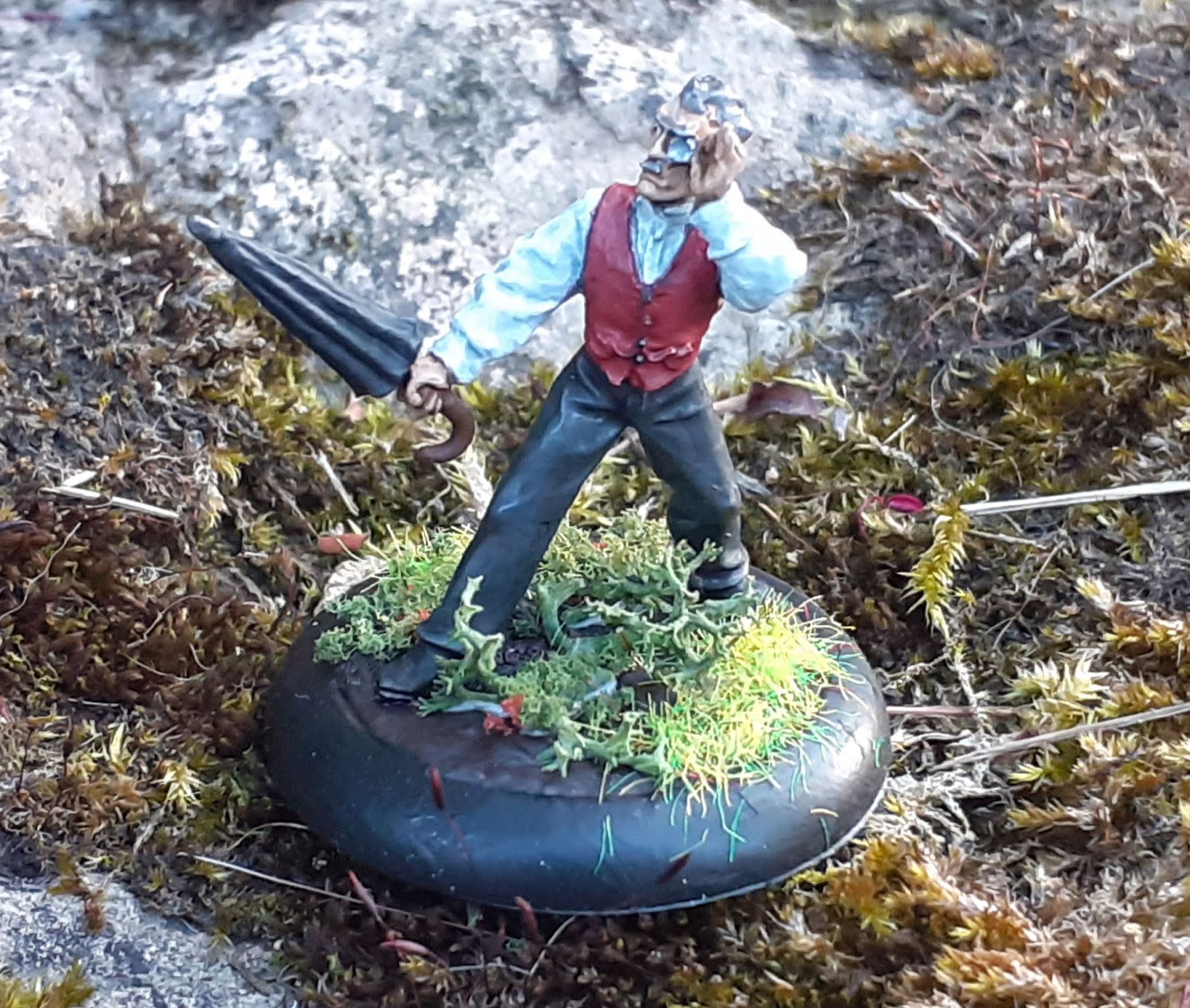 This miniature also represents my first foray into using GW's new contrast paints. Rather than grabbing the whole set I've just gone for the white as I often struggle with it, and I have to say I really like the results and would recommend it. The only major change I'd make is that I usually leave white until last, but I'd now probably undo it first because the paint runs onto other colours you've used and I had to tidy things up.
And so there we have it: Captain America, Bucky, a squad of GIs and an accompanying academic, ready to smash the plans of HYDRA in a suitably action packed way.
Now I just need my 7TV: Pulp box to show up.
This week's efforts have made only a tiny dent in my tallies as some Masters of the Universe miniatures I ordered a while ago showed up, but it's still a positive swing of two whole models and I'm now extremely close to being in positive equity.
Acquired: 77
Painted: 76
Posted by Kieron at 13:55