Actually, it’s not been a nightmare at all. It’s been really rather easy.
I took advantage of Warlord Games’ recent sprue sale to pick up some Cybermen from their Doctor Who: Exterminate! game. Even though I don’t play that game, I’ve wanted some of these for a while for my 7TV games that feature a certain time-travelling Timelord. 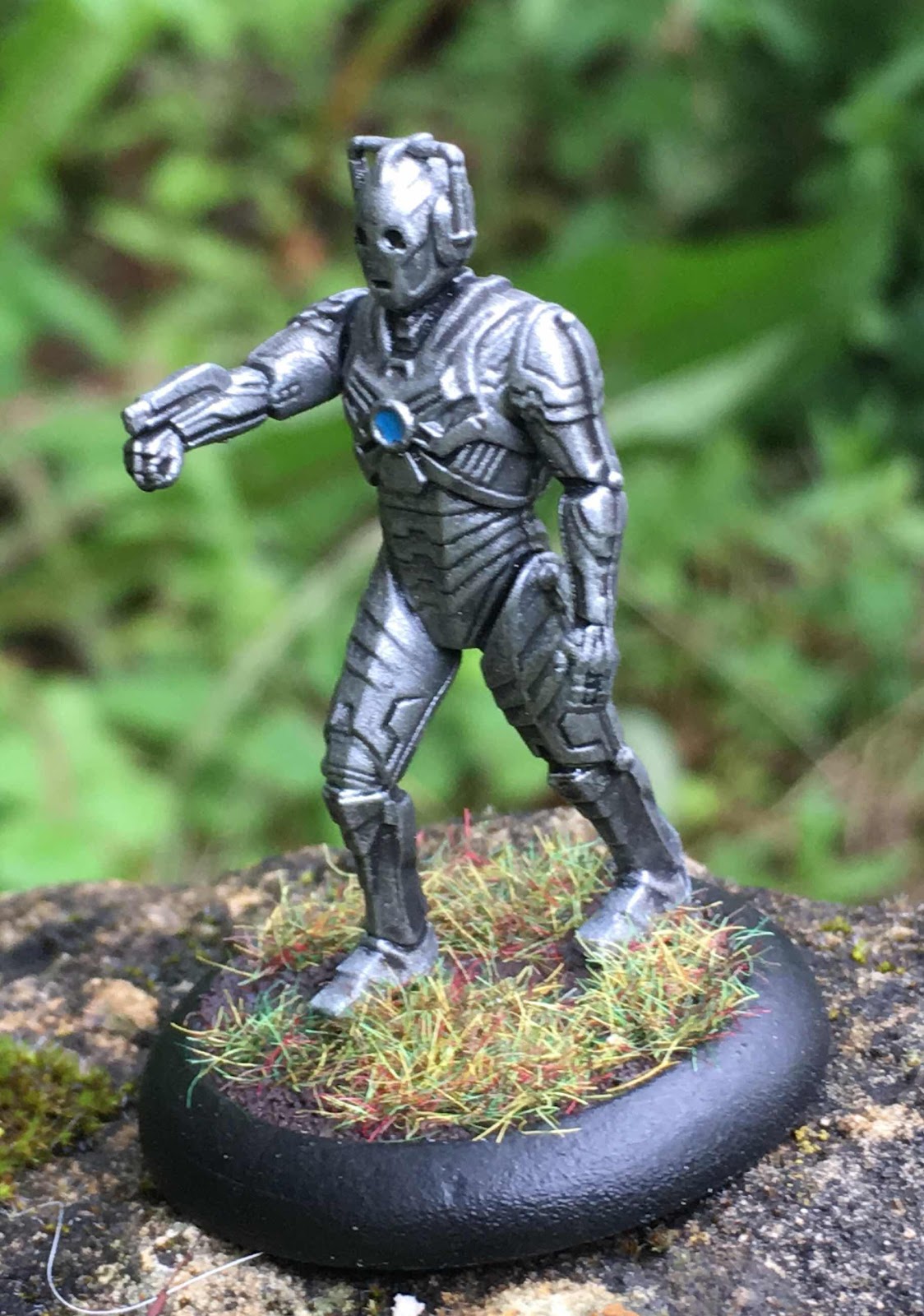 In terms of painting these were ridiculously simple: base coat silver, black wash, drybrush silver to highlight, black in the eyes and then blue in the light on the chest.
I did try putting some white in the blue to make it look like it was glowing...but it didn’t work. 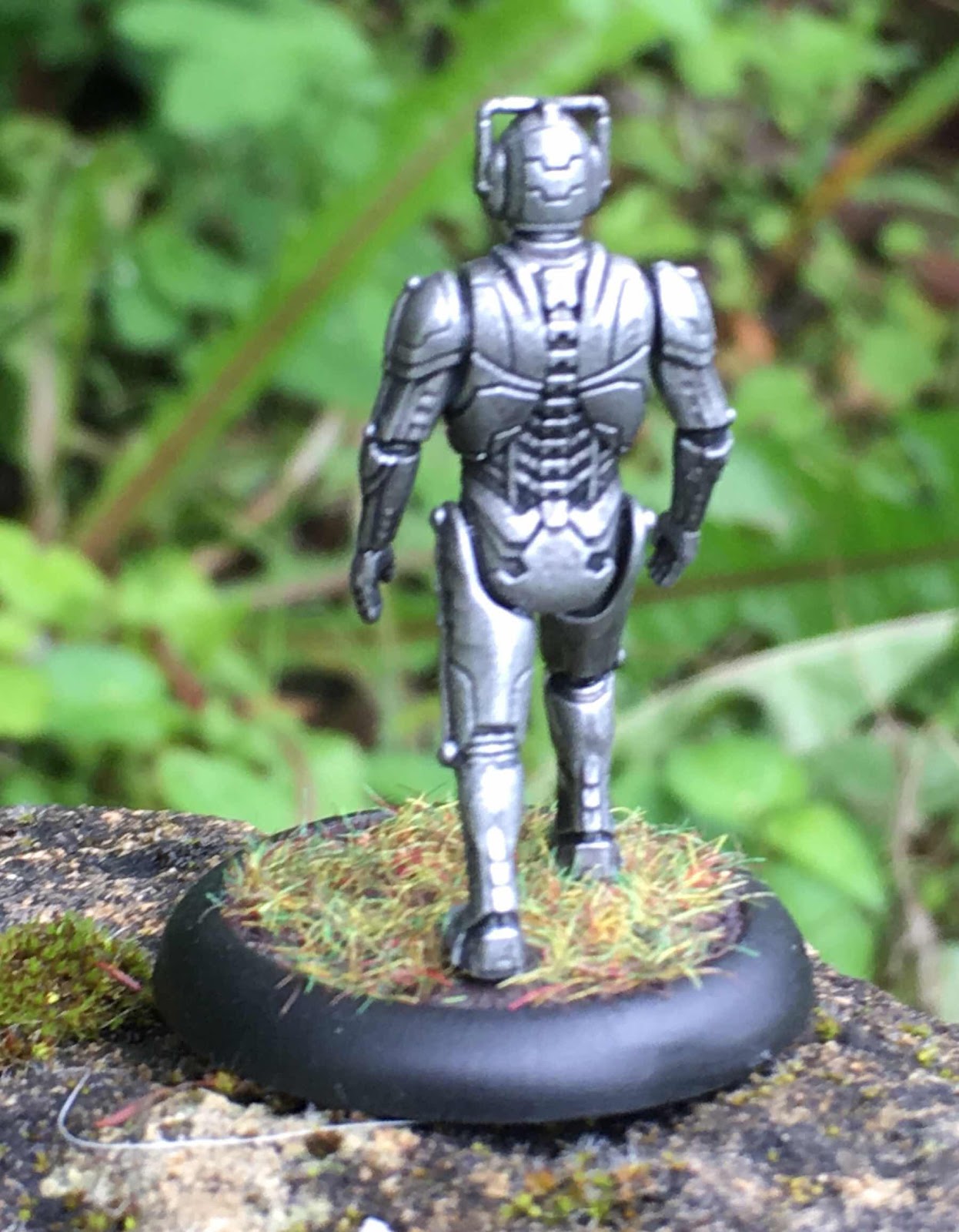 There are only a limited range of poses, with three slightly different bodies, and three variant arms. However, Cybermen aren’t especially dynamic, so this isn’t a problem and I’m really happy with how they’ve come out.
My production line approach has also had a positive income on my painting tallies, and I’ve resisted buying new things for a whole week!
Acquired: 72
Painted: 69
Posted by Kieron at 04:49