My final entry for Batvember is, as promised, Harley Quinn (aka the ridiculously named Harleen Quinzel...no, I don't know what they were thinking either), the Joker's right hand girl, main squeeze and one third of the Gotham City Sirens. 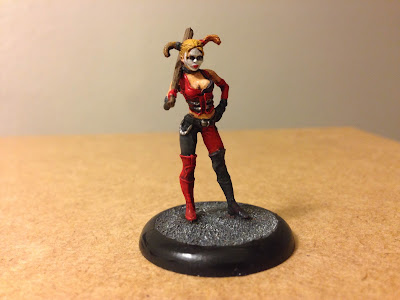 I have to admit that had I not seen the second hand lot on eBay, I would never have bought this model as if already painted a Heroclix Harley. However, I'm glad I have her as the model has bags of character and was thoroughly enjoyable to paint. However, seeing the picture above I've realised that I haven't painted the diamond on her legs, so she's not quite finished.

So that's it for Batvember, it's been pretty productive and has seen not only the arrival of new models, but a full game table and the arrival of a third faction for the game.

To celebrate the end of the month I've been playing with Comic Life (which has an iPhone app I hadn't heard if until today) and produced a comic strip of the game I played earlier in the month as an experiment.

I suspect that more of my battle reports will be using Comic Life in future. 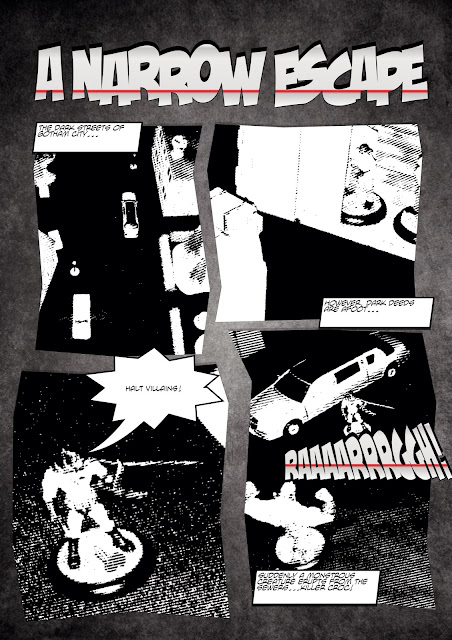 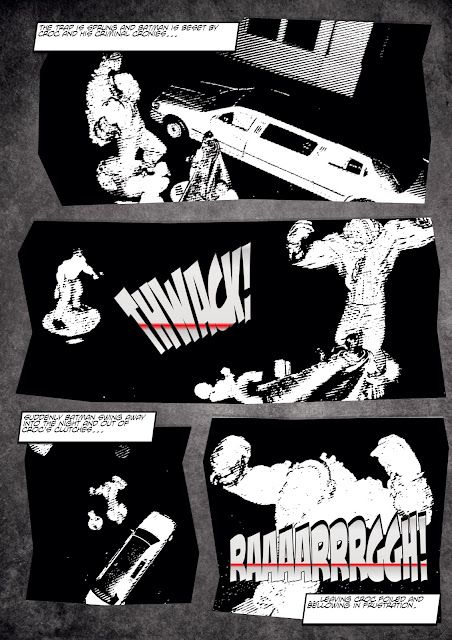