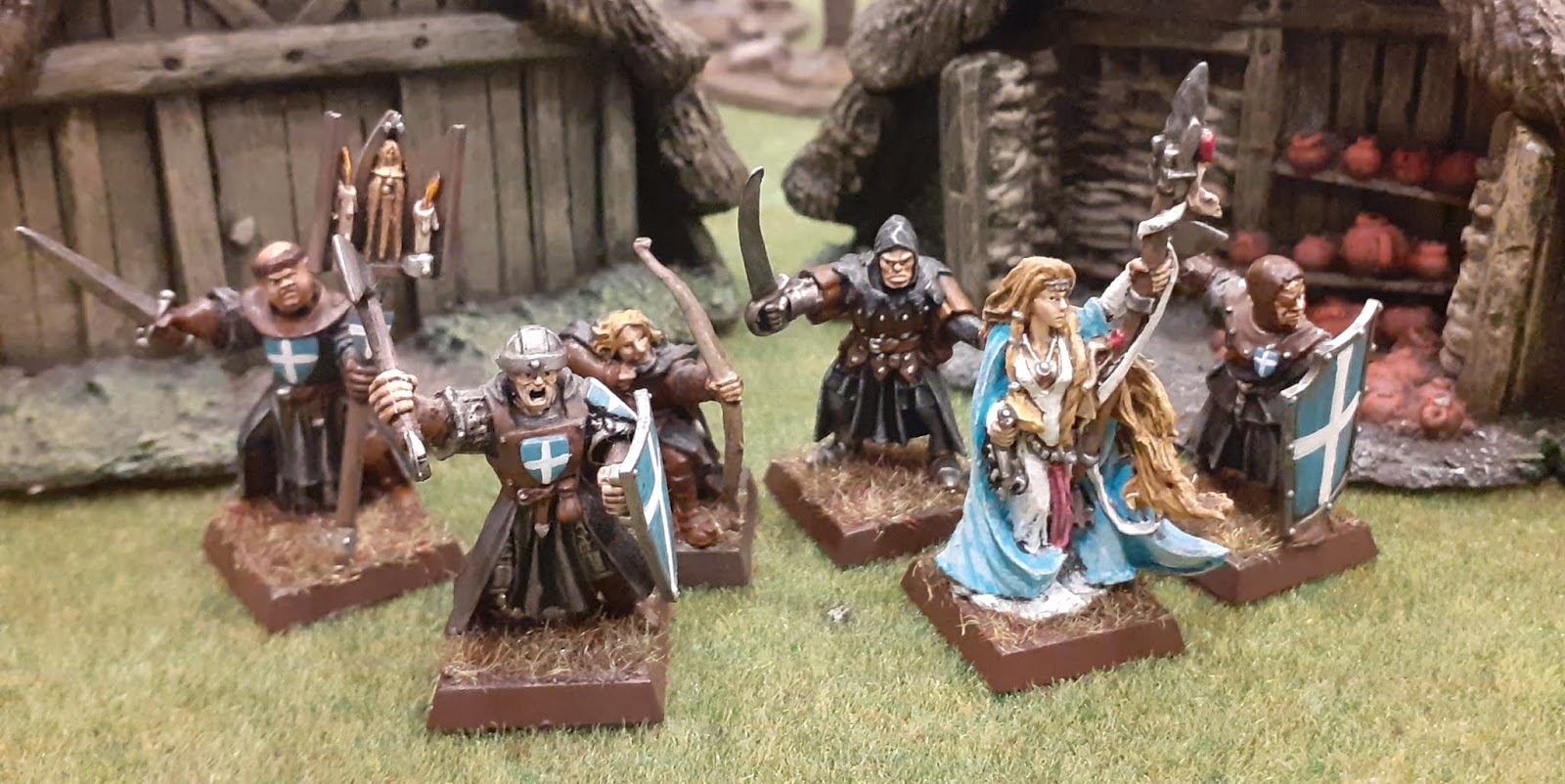 As hinted at in my last post, I fancied giving Rangers of Shadow Deep, a cooperative/solo fantasy game from Joe McCullough (the creator of Frostgrave), as I was hankering for some narrative campaign play.
Despite me not really getting on with Frostgrave, it turns out that Rangers actually benefits from my major gripe with Frostgrave. I wasn't keen on how swingy the d20 was, it meant that plans were always in the lap of the gods, which I didn't really like. However, this very randomness is beneficial in a game like Rangers, as it to some extent counteracts the players' ability to out think the AI mechanics, adding a level of caution and jeopardy to proceedings. 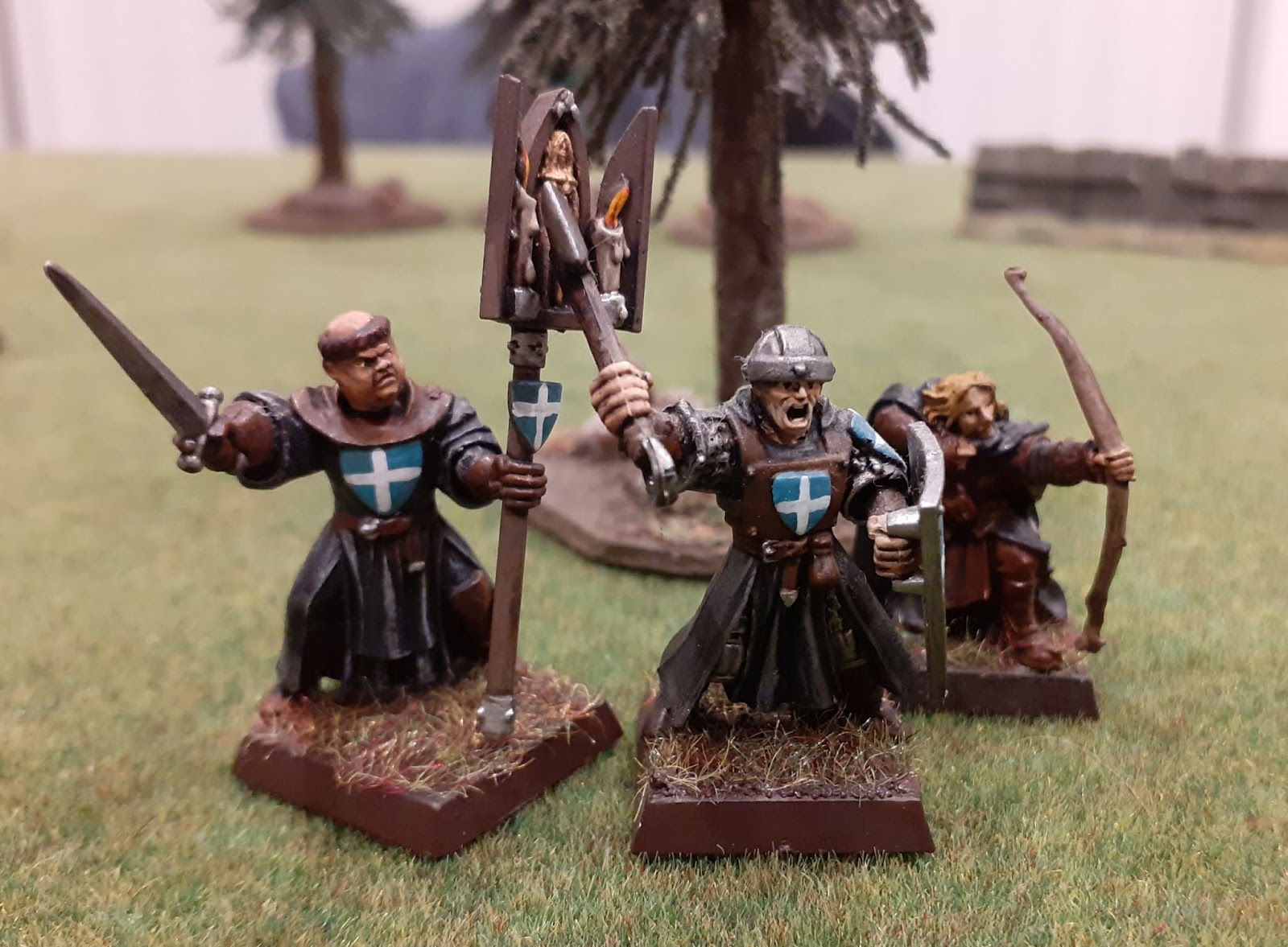 The first step was to create my ranger and his companions who would brave the dangers of the Shadow Deep in the defence of the Kingdom of Alladore.
As I would be using the kitbashed (and therefore much cheaper) Battle Pilgrims from my old Bretonnian Army (the first official Cheaphamner project), I decided that, despite the name, my 'ranger' would be more of a wandering knight than an Aragorn-alike.
Therefore questing ranger Venkh the Unyielding was born. Noble and direct of approach, Venkh would take the fight directly to Shadow, and smite it with great fury. He would be accompanied only by Garvin the bowman, and Brother Rendall, Venkh's chronicler, apothecary and spiritual support in his quest. 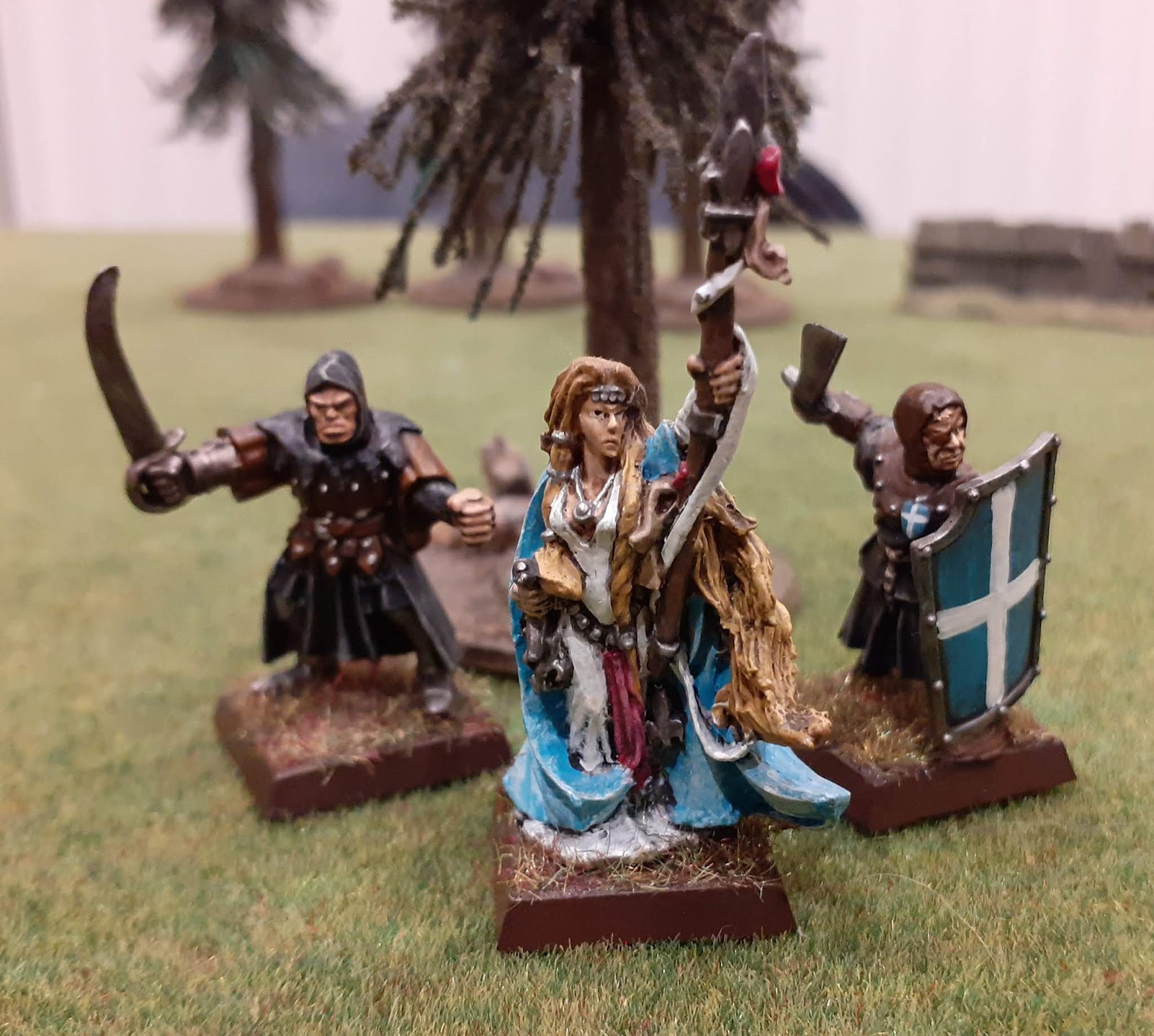 However, Venkh won't be the only ranger involved in this quest, as my daughter expressed an interest in playing and created an unconventional character based on my Grail Damsel.
Shevarith is one of the most cultured rangers in the King's service, book-learned with knowledge of some of the mystic arts, she brings subtlety and wisdom to temper Venkh's fury. Her bodyguard Troughton never leaves her side, but the same can't be said of the rogueish knave Wormtail, who regularly disappears on underhand errands to suit Shevarith's wily schemes.
Our first mission was to venture to a village beset by the Shadow and locate the missing ranger Aventine, or determine his fate. The rangers' thrilling deeds will be chronicled in an upcoming (and somewhat longer) post.
Posted by Kieron at 12:49