I've decided to refer to my Marvel project as Earth 21476; my own branch of the multiverse where I can pick an choose what characters, costumes and story elements I want. An environment where I can never be wrong and where I can revisit classic stories with my own twist.
As such, I need some nefarious threats to my ever-growing legion of superheroes. 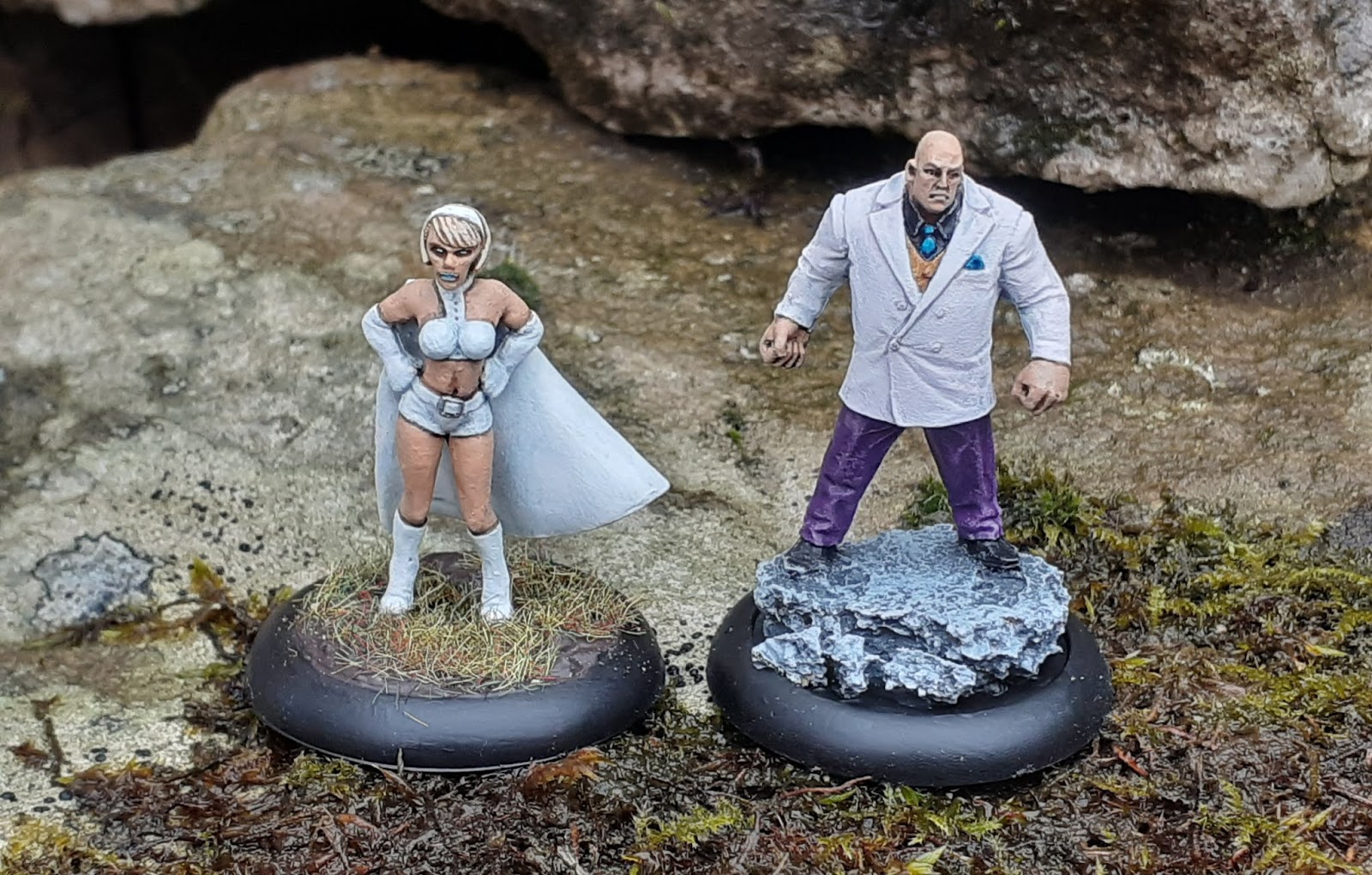 Introducing Wilson Fisk, the Kingpin, and Emma Frost, the White Queen. Both of these two have been sat in my unpainted pile for quite some time as they were each, in their own way, problematic.
They also both needed me to get a handle on painting white, which I think I have. I actually learned quite a bit about painting white with these two, including using thin outline of Nuln Oil to heighten contrast. 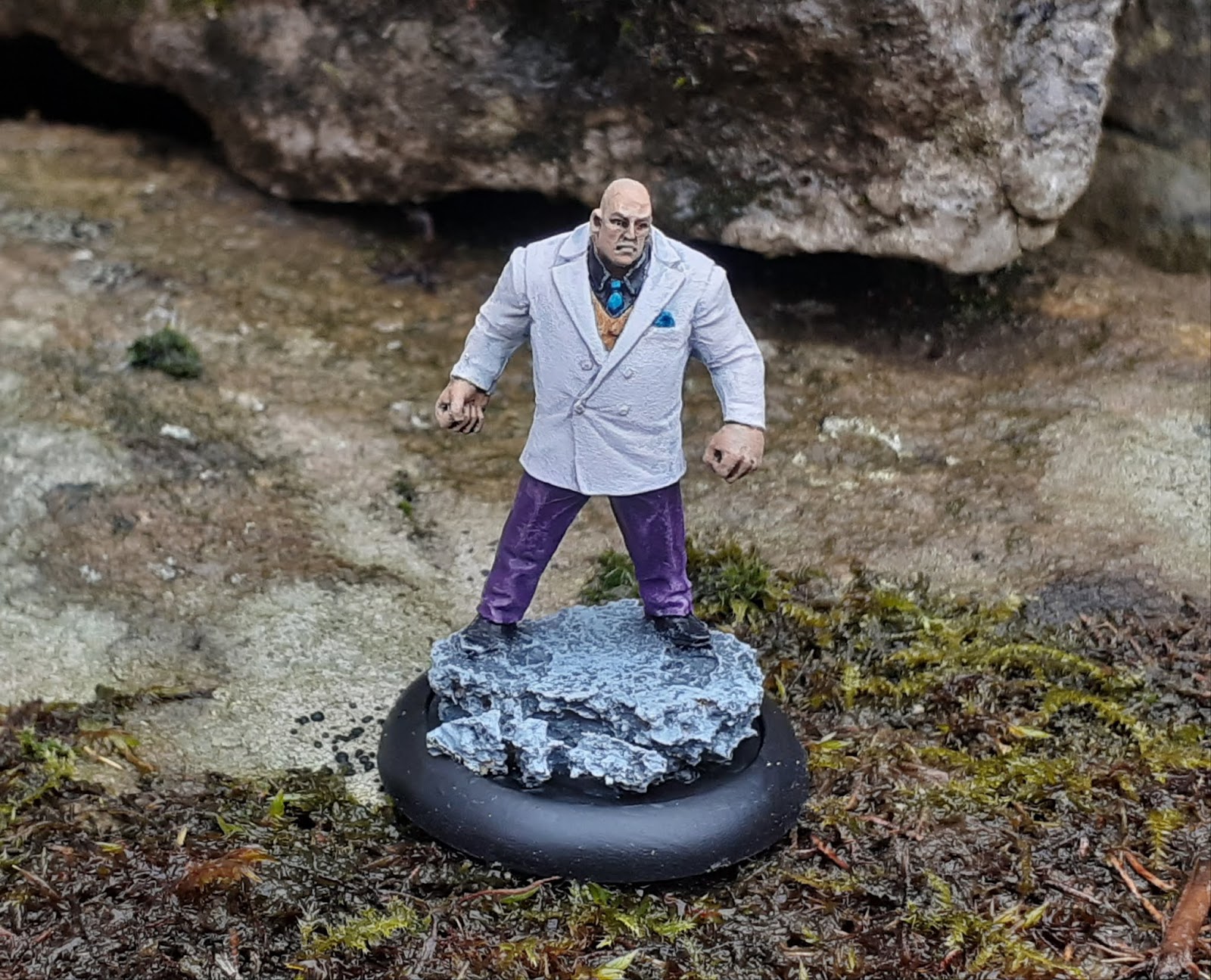 The Kingpin is from Hasslefree Miniatures. I really like the sculpts from Hasslefree but they have a tendency to be on the small side. Usually this can be explained away as 'people aren't all the same size'. However, Kingpin is supposed to be much bigger than other characters and it was this that prompted the enormous tactical rock.
Despite the fact that the sculpt is based on Vincent D'Onofrio's excellent take on the character from the Netflix Daredevil series, I've go with the more recognisable comic book colours for him to further reinforce that this is Kingpin and not just a bald bloke in a suit. 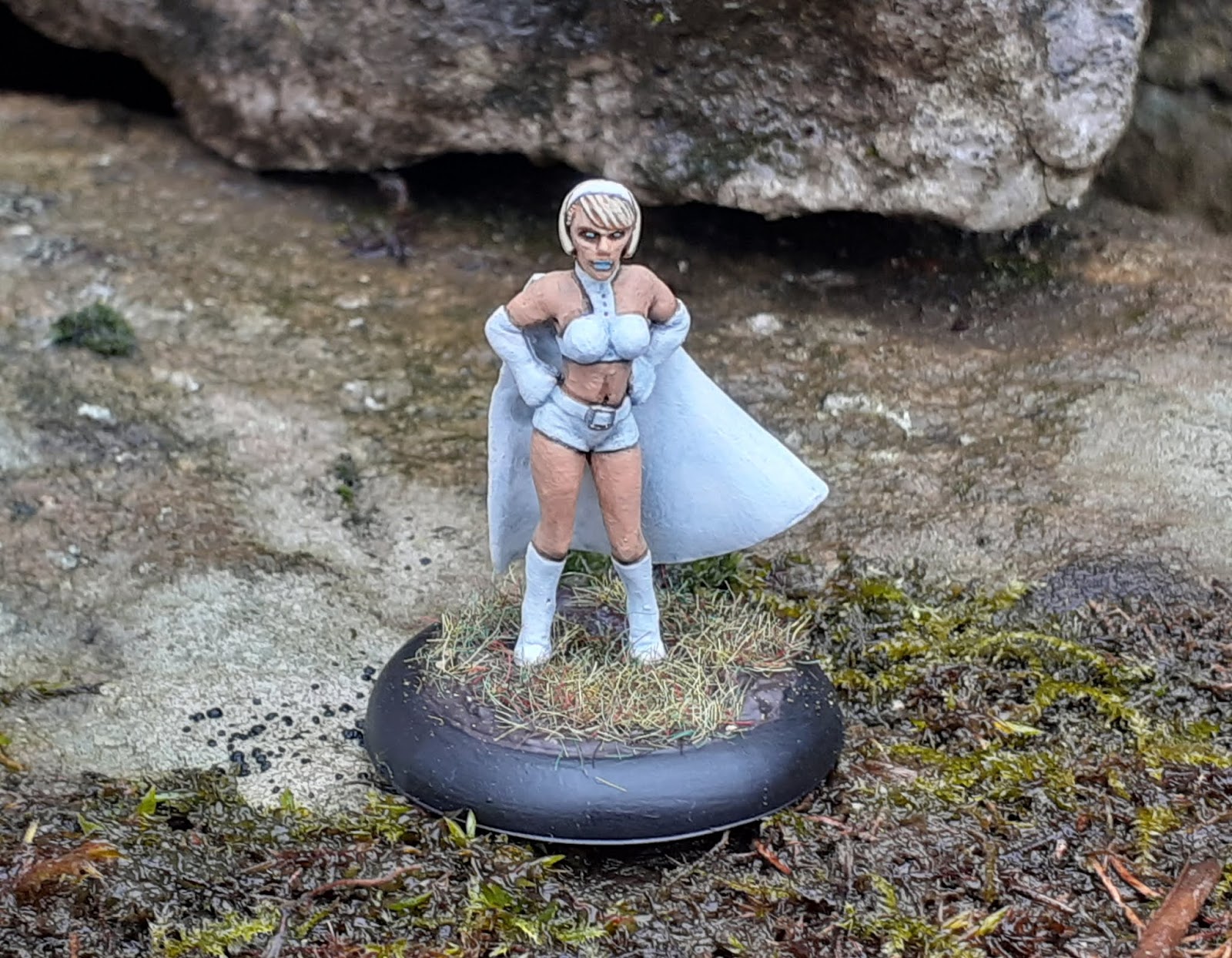 Emma Frost is an amalgamation of several different models. The body is a Crooked Dice Femdroid, the cape is from a Hydra Miniatures Valkeeri and the head (which has the side effect of making it look like she's being played by Joan Rivers) is from Crossover.
I hadn't got round to her for so long, despite buying the Femdroid for this purpose as I didn't have the right head and I didn't fancy sculpting a cape. It was only this week that I realised I had the right bits lying around. The cape looks a little stuck on at the back, but Emma Frost's wildly inappropriate costumes generally defy gravity, and so I'm not to worried about it - it's probably held on by see-through straps and boob tape. 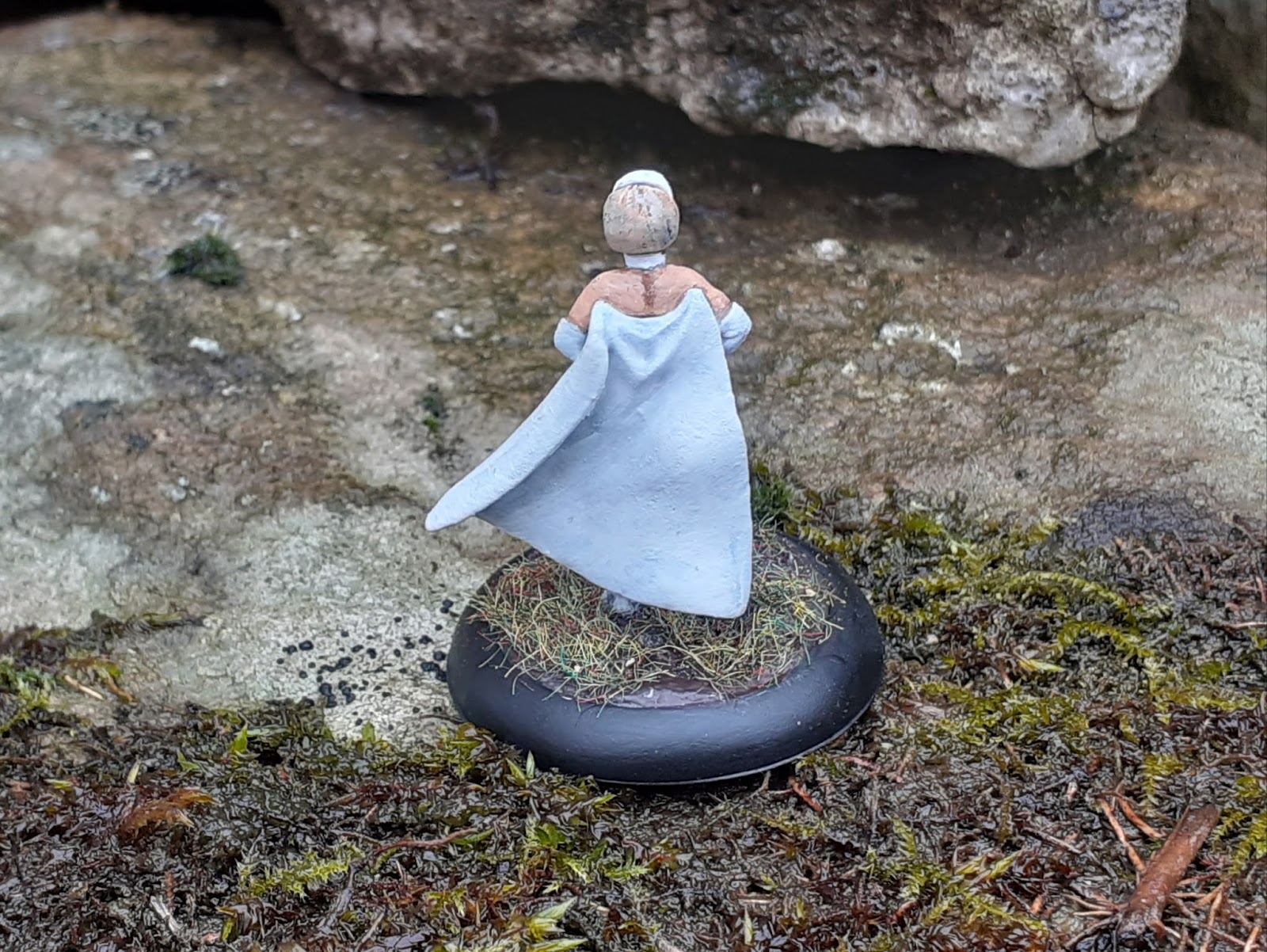 Both characters will need some help before unleashing their villainous plots. I have a few models amonst my zombie survivors which can be repurposed as henchmen for Kingpin, and he is always willing to hire help.
In recent times, Emma Frost is actually one of the X-Men, but if I want to use her as a villain, she can be joined by Jason Wyngarde (Mastermind) as a nascent inner circle of the Hellfire Club.
I've also done as Deadpool asked and repainted the yellow shoulders on my Wolverine (this doesn't count as painting a model). He now looks more like the leather-clad movie version. I'll save taking photos until I've solved the claws issue.
Acquired: 28
Painted: 31
Posted by Kieron at 03:19