Final post of the month and EVEN MORE progress!!!
VBCW
With a three-way game lined up this week, I returned to the B.U.F. infantry to try to match the horde of socialist sailors (seriously) that are heading my way. I've added a couple of riflemen, a five man assault squad armed with sub-machine guns and an officer. 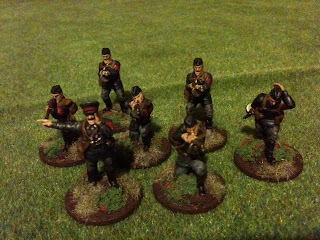 These are the last of the Plastic Soldier Company Russians that I'm painting, partly because I've run out of models in forage caps, but also because painting a drab colour scheme onto less than brilliant models is no fun. However, I am rather pleased with how the officer has turned out and I need to come up with a suitable name for him...something appropriately caddish (suggesstions welcome). 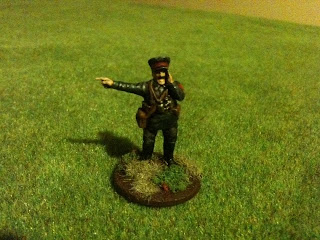 Which leaves me with a picture of the final force. The more eagle eyed amongst my readers will notice that not only have I sorted out their bases, but they've not been done with my usual boring basing technique. Admittedly, all I've done is add another type of basing material to contrast with the static grass, but I think it looks better than my usual efforts. 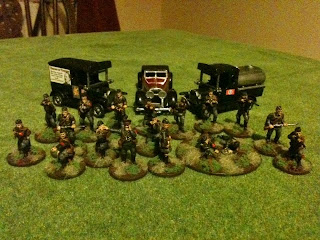 So there we are, a complete squad of the South Yorkshire Cohort of the B.U.F. This squad has been tasked with blocking one of the passes across the Pennines to their stronghold in Manchester. They struck lucky recently and intercepted a socialist convoy smuggling Russian weapons to the reds in Sheffield. Being practical fascists, they've armed themselves with the Russian armaments with the intention on turning the guns on their intended recipients as soon as possible.

My royalist faction is going to grow, however, I'll be stepping away from the B.U.F. to add some more characterful militia units. More later...

The game opened with the Slann team catching the Dwarfs on the hop (so to speak). A well aimed rock from the crowd flattened a Dwarf Blitzer and the 49ers leapt to exploit the opening, bursting down the flank towards the end zone. A spirited pursuit from the surprisingly nimble Dwarfettes briefly halted the drive as Pascal the Catcher went sprawling. However, his was able to hop up and away with the ball and bounce in to score. 1-0 to the 49ers.

The Bar Wenches received the ball from the kick off and set about defying public perceptions of Dwarfs, moving quickly, passing and even selling the Slann a dummy as they deftly crossed the pitch. However the frogs proved difficult to outdistance as a series of brave leaps knocked the ball from the Dwarfs' hands twice and the 49ers were able to steal the ball. Bugman's girls only chance was for a Blitzer to dodge past her marker and sprint to plant one on the Slann with the ball. She succeeded but was only abe to push the Slann back. However, it wasn't over. The Slann fluffed an attempt to block the Blitzer (double skull) and gave her a second chance. She flattend Antoine, scooped up the ball and trundled in to score. It was 1-1 at half-time.

The Dwarfs looked to be in control as the second half began, however, a rush from several Slann players hopping over their lines really put their Runners under pressure. However, once again defying convention, the Wenches completed a pass to safety and began to drive up field. The 49ers hopped, skipped and jumped all over the place in an attempt to slow the rumbling cage but were unable to halt the drive. 2-1 to the Dwarfs, two turns remaining.

The clock was running out and the Slann were running on empty (no rerolls), but there was still a chance to score. Two catchers leaped into the opposing half in an attempt to get within striking range of the end zone, whilst the third scooped up the ball and ran up to the half way line, the linefrogs forming a rough cage. Knowing that they had to stop the catcher, the Dwarfs caged one and then knocked the other into the crowd in a frenzied attack. With nothing to lose, the caged Catcher, hopped and dodged to the endzone to await the ball. Slann forced a passage for Pascal to close the distance for his pass. He ran, he threw, the ball was caught, touchdown, game over!

My next game is against the runaway league leaders, Stu's Skaven team, Crouching Rodent, Hidden Vermin. He's demolished everybody he's met so far and even with the return of my dodging Catcher and the development of a passing Catcher, I'm not holding out much hope that my inconsistent amphibians will be able to do what every other team has failed to do.

It's the end of the month and time to show off my progress to my fellow Tale of Gamers bloggers. Amazingly this month doesn't involve just a single picture. What follows is all the stuff that I've done some work on this month (not including the fascists above), from basing to full painting: 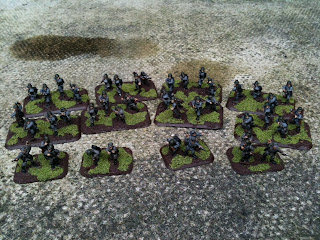 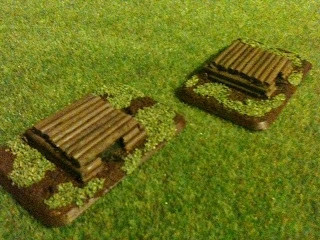 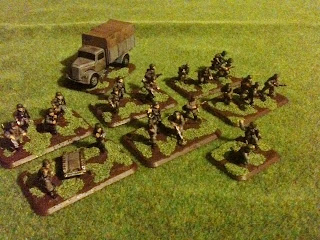 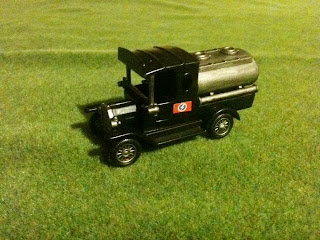 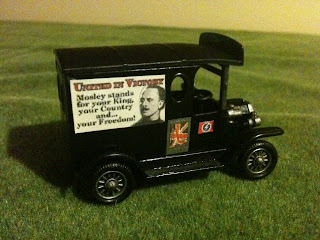 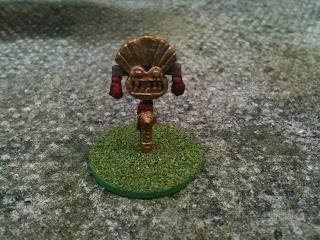 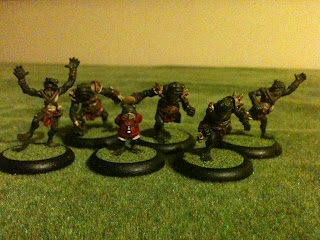 This not setting targets lark seems to have suited me...