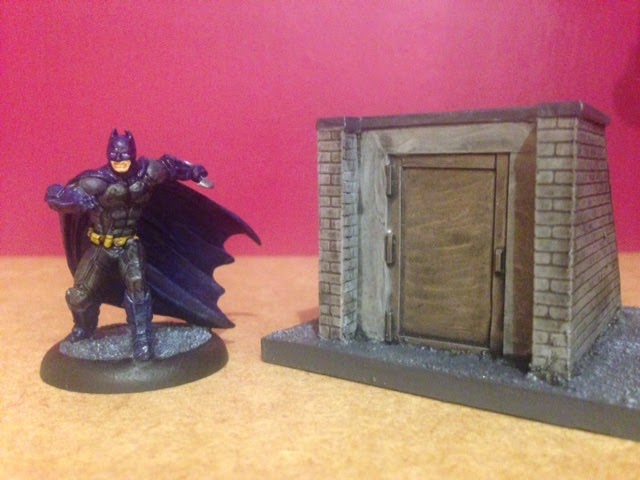 This is the Arkham Origins version of the character that I 'won' at the Titan Games tournament in Lichfield. I really like the model, but I found some of the detail on it a little shallow for my tastes, especially the bat-symbol on his chest. I initially wanted to do it yellow, but I just couldn't get the edges crisp enough and so I reverted to black, which I think is fine. 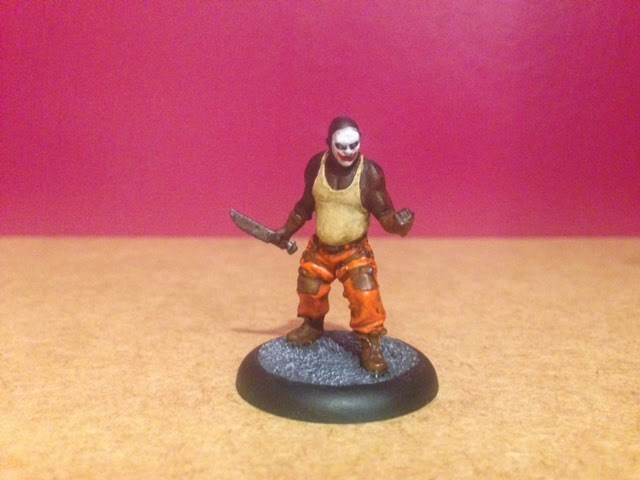 I've also done another member of the Joker gang: the creatively titled Clown (Knife). Catchy, isn't it? I've pretty much got a system for painting Joker Henchmen now which allows me to get them done quite quickly. Although I've not done anything special, I'm happy with him as he's quite characterful. I think I might be identifying with the paunch.

I wasn't intending to add any more Joker ganger for a while, but an opportunity came up to get hold of some second hand models quite cheap, and you know well enough how I respond to that kind of thing. So I've got Joker (an official one) and two more henchmen to paint. The henchmen are duplicates of models I've already got, so I'm going to have a go at converting them into something a little different. 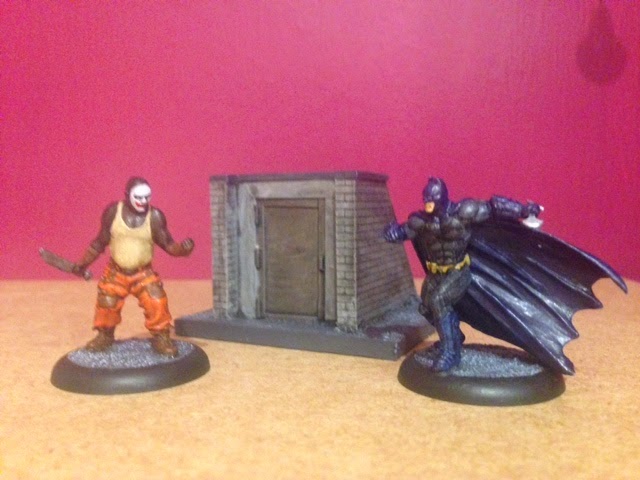 Finally, you can see in the background a roof access door to add a little variety and cover to the rooftops of my city. It's from Ainsty Castings, and I've still got quite a bit more scenery to complete.

In other Batman news, Knight Models has finally put their hard copy rulebook up for pre-order. There are two versions available. The standard version (pictured) comes with an exclusive (and free!) Alfred model which will be playable in the game. The other version is a limited edition with the Joker on the cover and it comes with a Red Hood (the Joker version, not Jason Todd) miniature as an alternate sculpt for the Joker rules. Apparently, the free models only come with pre-orders placed before February 15. If you're at all interested in the game, this might be the time to jump in with both feet.

Finally, Operation Unthinkable continues apace. I've had an extremely productive and completed all the miniatures I needed to do. All that remains are the pin markers, the bases and the damn flag that I've been meaning to do since I first began painting my Russians.
Posted by Kieron at 11:22