This year I've set myself the challenge of finishing off an ongoing project each month with the goal of completely clearing my lead pile by the end of the year. I've given myself motivation by pledging that everything in the project that remains unfinished by the end of the month must be got rid of. 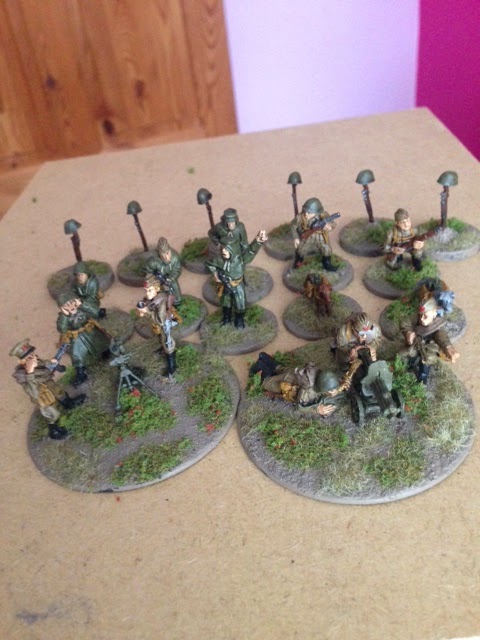 This was a fairly easy goal, as I was testing the water for the project as a whole and I knew January would be a busy month. I only had a few odds and end to finish off, but it's nice to get them done.

I'm really happy to have succeeded in my first month, although technically I've still got to print out a flag. It means that I can not concentrate on other projects, and I now have enough variation in my Soviets that I am able to provide at least a little surprise for my opponents. I may still buy a couple more vehicles for this army to allow me to play tank wars with them, but for now, they're done. 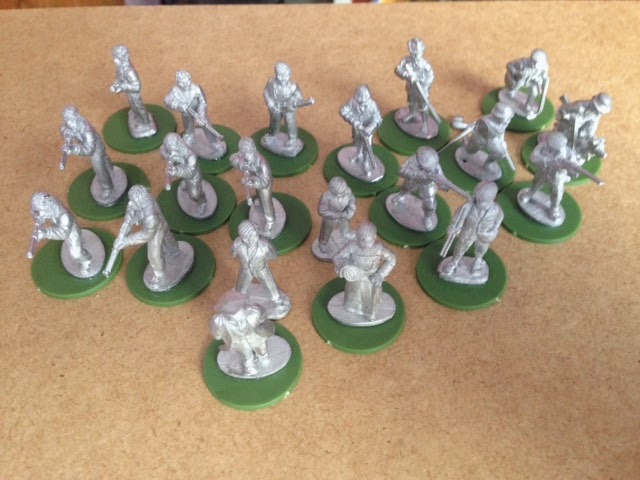 For February I'll be targeting a project that's been left untouched for quite a long time, my VBCW Royalist alliance. I have 8 Chaps on the Hunt from Woodbine Designs and a similar number of Armed Schoolboys from Gripping Beast. Along with them I've got a Schoolmaster, Matron and two younger boys who I've got interesting plan for. If I get chance I might also add a few more details to my steam tank, the Wortley Dragon, but that model is not at risk of disposal.

Next week, I'm hopefully playing a couple of small games of Bolt Action to get my new Russians into action. I hope the others bring some vehicles, otherwise the Dog Mines are going to be somewhat superfluous.