So this month, I set myself the target of clearing some of my backlog of urban terrain features I've been amassing and not painting. This isn't really very exciting stuff, it just needed doing.

First up some barrels as scatter terrain and another length of chain-link fence. 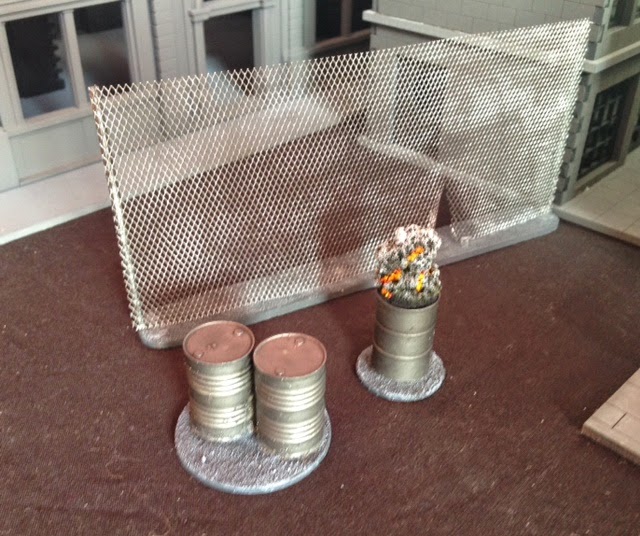 I stuffed up the barrels a bit as I added sand to the bases before the paint was fully dry, so they don't really bear close inspection. However, they're hardly the most eye-catching piece of terrain, so it doesn't really matter. The flames are made from one of my Flames of War destroyed tank markers and it allows this drum to serve as an additional lamppost in BMG games in an emergency.
I had planned to do three more sections of fence, but I got fed up doing this one and I'm also conscious that in my Batman games, the fences have essentially be creating 'dead-zones' on the table as nobody wants to go over them. Therefore, not only did I just do the one, I also made a hole in it to allow more access and cause a problem in zombie games.
Next up some pipework for buildings.﻿ 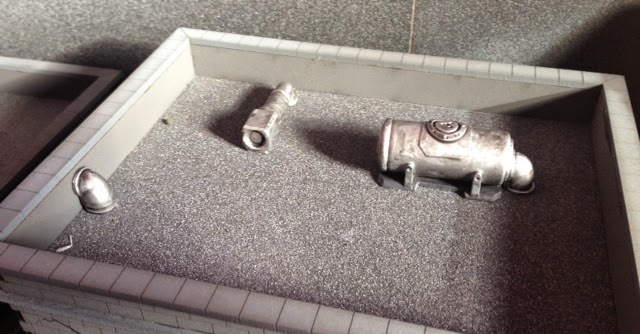 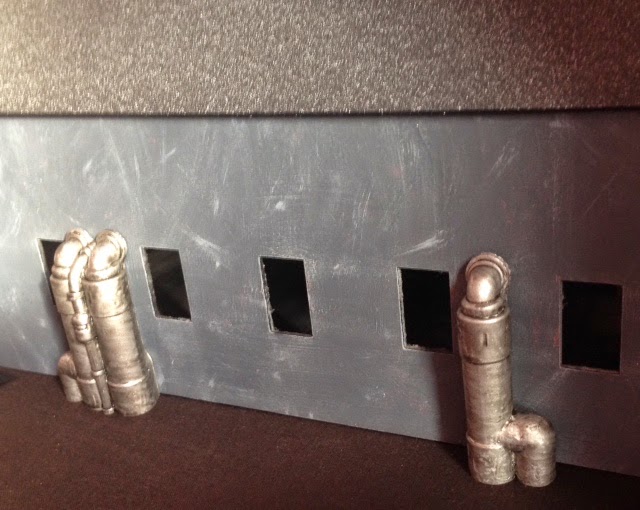 I picked these up for about a fiver in my local game store, Wargames Emporium. I can't remember the manufacturer, but they seem to primarily do bases. These pipes will add some detail and variation to my rather bland rooftops and walls, also providing some limited cover. I intend to fixe some of them to an industrial building I'm planning to get from Sarissa Precision, to further industrialise it. 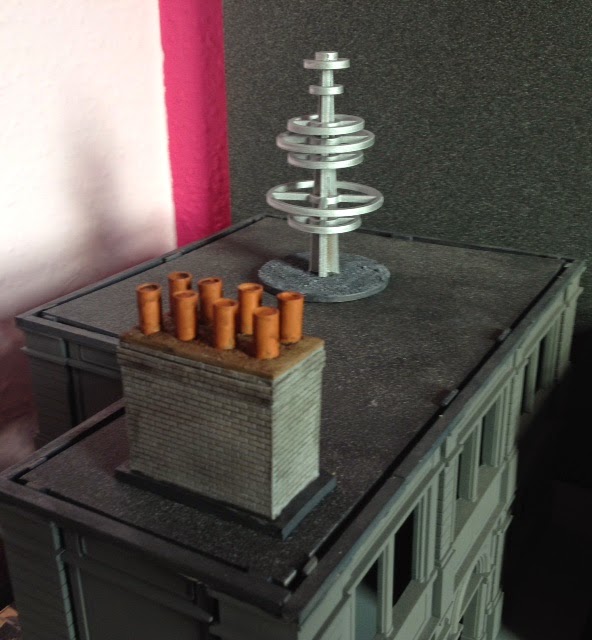 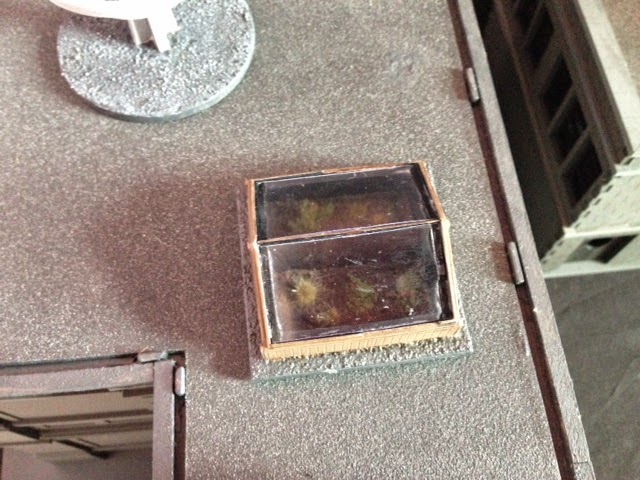 The chimney is from Ainsty Castings and I picked up the radio mast from the Vapnartak show in York for £2. It's a bit chunky, but at that price, I'm not complaining. I was pleased with how the chimney pots came out as the colour I used may tempt me to add some brickwork to my city - I've been eyeing up the Mars Attacks scenery from Mantic Games.

The planter is actually meant to be a skylight from Ainsty Castings, but I just couldn't think of a way to make it look decent, and I figured that a rooftop greenhouse might make an interesting addition. The glue is a bit messy, so I may add some 'wooden' strips to the edges of the glass. Overall, I'm quite pleased with it.

And as a final Brucie bonus... 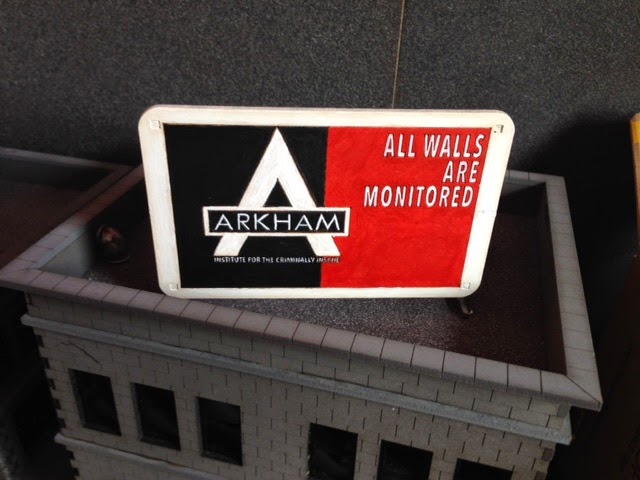 This is one of two warning signs from Knight Models. It's a really simple build and fun to paint. I suppose the same, or better effect could be achieved by printing the image out, however, I got the urge to spend money the other day, and with my birthday round the corner, I'm not buying miniatures. I picked up the warning signs and an MDF SWAT van, so there's more to come. As I bought them at the end of the month, the KM products don't fall under my rules for Operation Unthinkable.
So, another month done and another job cleared. Next month I'm going to finish off my Flames of War Germans. As I recall, there's not a lot to do for this one:
And that's it. There may be a few other bits and pieces to do, and if I get time, I might have a go at repainting some of my Panther tanks that I dropped some years ago and haven't got around to fixing up since.
Posted by Kieron at 10:57