Keeping It In The (Bat) Family

I'm making really good progress with my painting at the moment, I've not only already got part of my Flames of War target done (more on that later in the month), but I've also completed these two: Robin and Alfred. 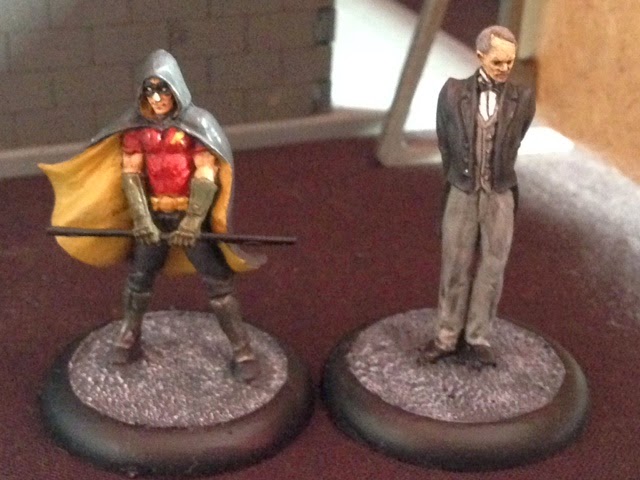 Alfred is the limited edition model that came with pre-orders of the BMG rulebook and has actually turned out to be one of the easiest and most satisfying model to paint. In the game he is possibly the least aggressive piece in the game, serving as a healer, providing additional funding and an additional pass each turn.

It seems odd that thematically Alfred works best with a small, vigilante heavy, crew, whereas his rules (and lack of mobility) seems best suited to a crew that is fielding a lot of gun toting cops that he can move up in support of. During the game, he's likely to find himself equipped with handcuffs and a whistle to allow him to contribute more to the game. 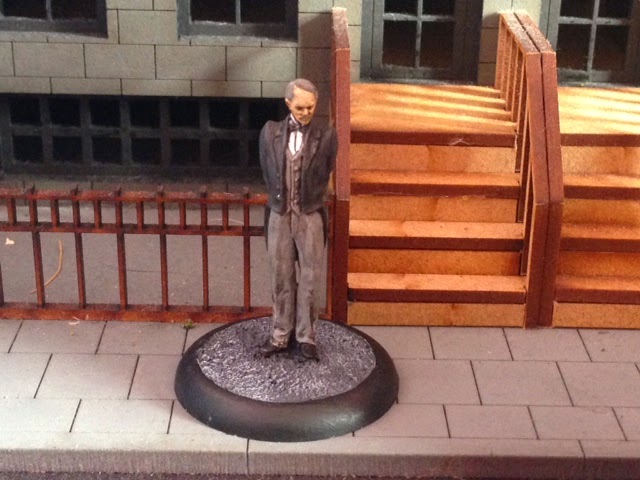 I've got Robin thanks to Leon (of Pulpcitizen, Anima Tactician and Eclectic Gentlemen Gamer fame), who kindly gave the miniature to me, as he already had one, on the grounds that I'd get it painted sooner than him. In the face of this generosity, Robin found himself moved up the paint crew to at least prove him right.

Robin is an odd model in the game, his Bo Staff does minimal damage and rather than Batarangs, he's armed with Smoke Bombs. It seems that the character is designed to run interference and grab objectives (Bat-Claw and Detective help here). However, he also has the Follow Me trait which like Alfred sees him needing to stay with the Henchmen to use it. Again, it seems odd that Robin is neither one thing nor the other. Personally, I'd like to see him gain the Defensive trait on his Bo (something that would help the League Ninja Shadow too) and swap Follow Me for Dodge. This would make him a much better dedicated objective grabber. As it is, however I use him, there are going to be skills that I can't use to their full potential. 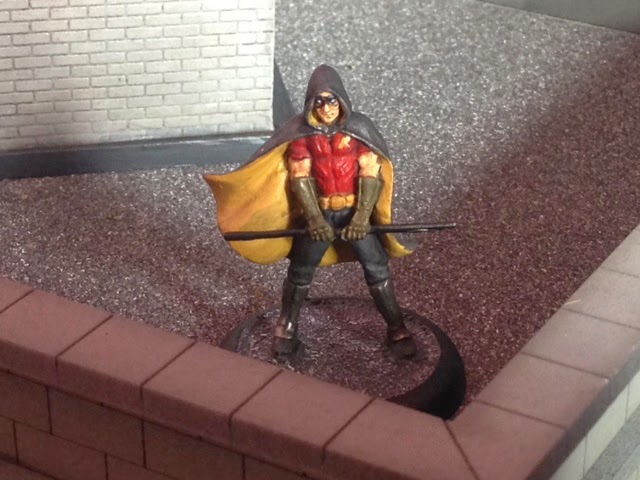 In terms of painting, Robin is bothering me. There's something not quite right about him. Initially I realised that I'd forgotten to do the 'R' on his chest, which has improved it, but I'm still bugged by something. I was wondering whether the gloves aren't a bright enough green or need metal plates like the boots. Any suggestions would be gratefully received (although the words 'blending' and 'layering' will be ignored due to my simplicity with a brush).

So, with the two of them, I am now able to do a 350 reputation, tournament legal, Batman crew that doesn't require the slightly incongruous presence of Mr Freeze. Is suspect that I'll be taking my Batman Crew to my next tournament (whenever that is). Whether anything else gets added in the meantime will depend on when the next event is, and what turns up on my birthday in the next couple of weeks.
Posted by Kieron at 03:31