Getting Back in the Fight

After a brief hiatus in my painting productivity, I'm finally getting back in the groove. This time of year always has this effect as the start of a new school year beckons, my painting output drops, and having not set myself a clear target this month didn't help with that.

What I needed was a deadline, and two have come along at once.

Firstly, after our initial forays into Dropzone Commander, the 'new game arms race' has begun in earnest as we all rush to add new threats to our forces.

First up for me is an M3 Alexander heavy command tank. 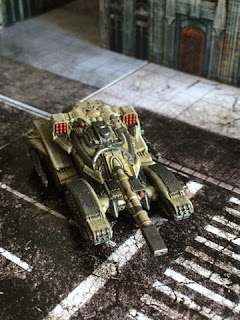 This unit packs a hefty punch and is the one unit in my army that can offer a serious threat to buildings and enemy heavy armour. Sadly, this makes it a massive target for artillery fire, and so far I've found it a bit of a race to get the Akexander to have an effect on the game before it's inevitably destroyed. 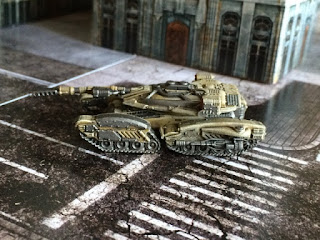 The other element that this unit brings to my army is that it houses my cousin commander which opens up the use of command cards to add another layer of strategy to the game. 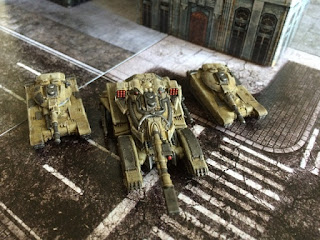 It's a big beast, as you can see from the picture above, but it's slow and I'm wondering about the validity of keeping it aboard it's Lifthawk for another turn to help get the Alexander further into the action.

I've got a few more units to paint this month: an additional Lifthawk, some Freerider bikers and a couple of Cyclone attack helicopters. As such, I've definitely burned one of my three remaining jokers on Dropzone Commander. My goal is to get these done before the end of the month and before I buy anything else.

The other project I have is this: 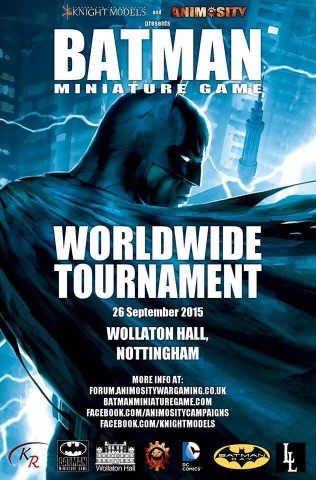 In two weeks I'll be going to Wollaton Hall  (which was used as Wayne Manor in the Nolan Batman films), to play in the first official national BMG tournament.

Not only do I have to get another model painted for this, I also need to get some official lampposts, sewers and objectives done as KM have ruled that you have to use their stuff in their event. This in itself is not a problem, but I really could have done with more notice on this requirement as with just a fortnight to go I'm still waiting for the stuff I've ordered to arrive.

However, having spent more money on what I need, that's another joker gone, leaving me on just one. I consider myself to have succeeded this month if I can get all the BMG stuff I need for the tournament done as well as the models for Dropzone Commander.