After last weekend's Zomtober post, I was determined to not let a perfectly good post title go to waste, and so with Matt coming round for a refresher game of 7TV, I set up a small 20 ratings battle using one of the basic scenarios in the 7TV Producer's Handbook.

The heroic cast would be trying to protect an important witness who had decided to turn informant and rat out the mob. The villains would be attempting to silence the snitch and an ambush on an abandoned street corner.

The casts were as follows:

Rather than doing 7TV reports bow-by-blow, I thought I'd return to something a little more narrative... 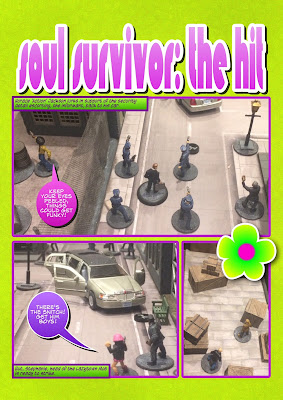 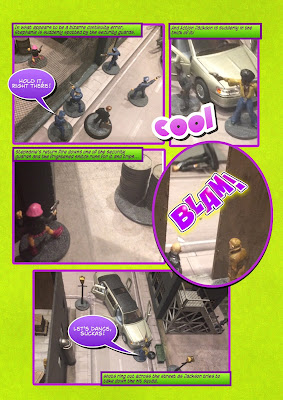 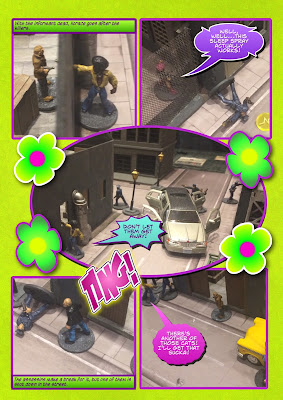 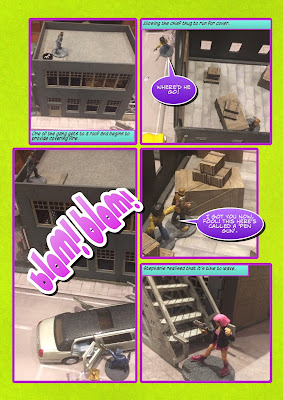 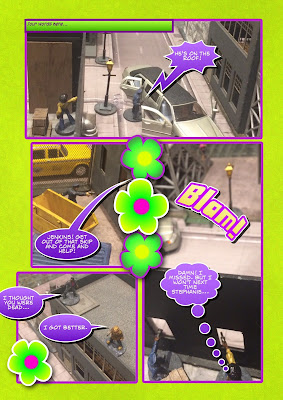 The final score was 5-3 to the villains. The first two Countdown Cards drawn really mucked up both of our plans. 'Script Editing' switched Jackson for Stephanie and meant that the villains were struggling to activate as I couldn't use her Leader ability, whereas the 'Hit Your Mark' had the Informant present himself on a plate to the hit squad. The heroes did a good job of grabbing objectives, but couldn't hit the side of a bus and when their cast was axed the only way back into the game was some really optimistic long range shooting in the final turns.

7TV remains a fun and completely versatile rules set, and seventies action is what it's designed for. This isn't the last you've seen of Horace 'Action' Jackson.