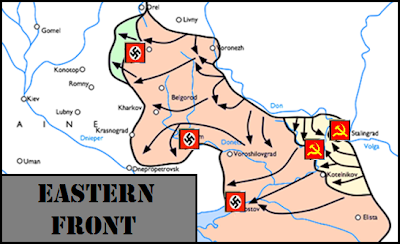 So, with the campaign extended to the end of January (due to the lack of games in December) the Americans need only a single victory to secure their objective. The British and Soviets have struggled to make gains and the Germans have done well to hold as long as they have.
Posted by Kieron at 02:02