So, We Meet Again Batman...

I managed to convince Wes to come over for another game of the Batman Miniatures Game. To keep things easier we decided to build up the gangs we had last time to 300 Reputation points. 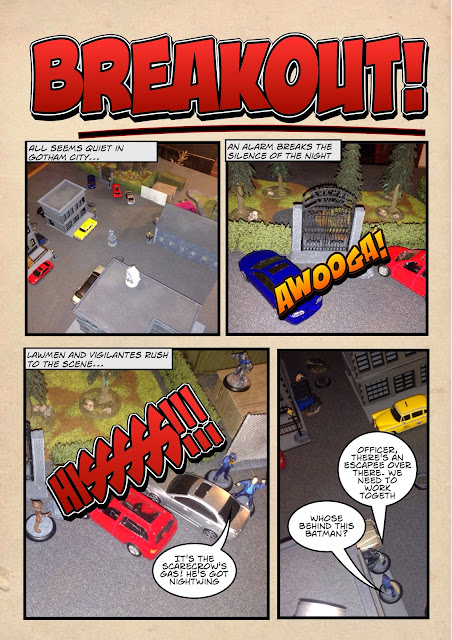 Wes sent Bane into the sewers early and had the rest of his gang spread out. Seeing a opportunity, I rushed Nightwing forward to get a shot at Scarecrow, but stuffed up the damage rolls. Nightwing got a face full of poison gas from Scarecrow, and a clip full of bullets from Deadshot.

Meanwhile, Batman and the cops edged up towards the advancing Blackgate prisoners. 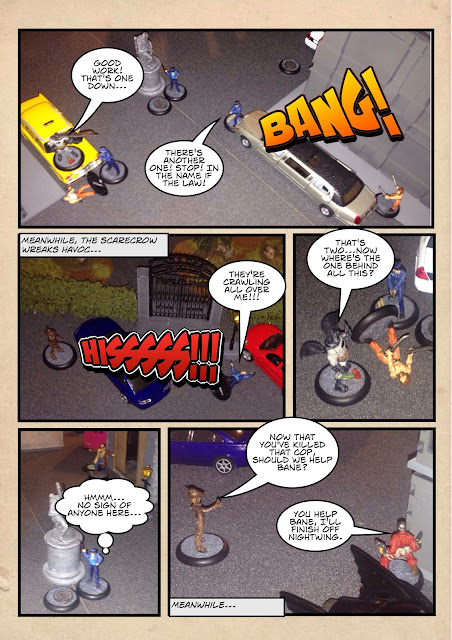 Trying to protect Nightwing, one of the cops rushed Scarecrow, but fluffed his attacks and ended up being skewered on a poisoned syringe and pumped full of bullets. In a way, he succeeded in protecting Nightwing.

Working with the Police, Batman took down the two Blackgate Prisoners in quick succession whilst the cops took position by the sewer entrances, forcing Bane to appear away from the action. 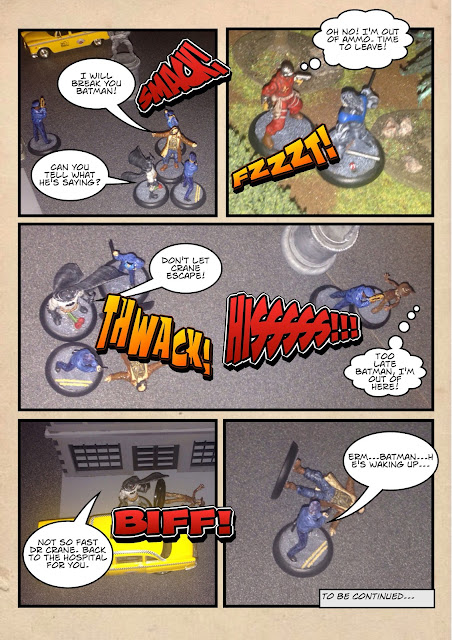 Bane elected to go for big points and charged Batman, however his blows failed to connect and he went down under a barrage of fists and nightsticks.

Deadshot went after Nightwing in the asylum ground, but the injured vigilante and out-of-ammo assassin fought each other to a stalemate.

Seeing Bane go down before he could reach him to help, Scarecrow backed off, but not fast enough to escape Batman, who swung over and knocked him out cold.

I won 14-2 on victory points, but early on I almost threw the game away by being reckless with Nightwing and his supportin cops. Wes suffered by splitting his gang up so much, and he probably shouldn't have put Bane in the sewers and out of the game.

This was another fun game and were really getting the hang of the rules. I need to pull my finger out on making objective counters so that we can add them to the game and play more varied scenarios.

As an added bonus, not only has Wes begin to make noises about building his own Green Arrow themed gang potentially using Robin's stat card forBlack  Canary), but Matt (who came round to heckle) also seemed keen to use his own SWAT team and a Batman model I gave him to enable him to get into the game too.