And so another He-Month begins.

Last time I was already aware that I had more villains than heroes and so I decided to try to address this imbalance in the first week of the challenge. 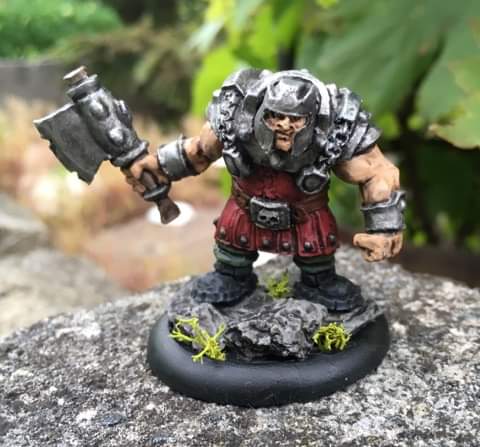 This model is a custom sculpt under the name ‘Flat Top’ which you might still be able to pick up if you head over to the MotU Gaming, or Masters of the Underhive Facebook groups.

It’s a chunky piece of resin (that’s a 40mm base he’s on) and was really simple to paint. Mainly this is because I’ve copied the Filmation colour scheme, which was also very straightforward. I’ve realised after doing the photos that I’ve neglected to paint the laces on the front of his tunic, and so I’ll need to go back and do this.

The sculpt is very blocky and thick set, which really suits the character, who is not especially bright and favours a tactic of charging (or bouncing) into battle head first.

If you have clear memories of the cartoon from the eighties, you may be wondering why he’s so big, as in those days Ram-Man was short and stocky. 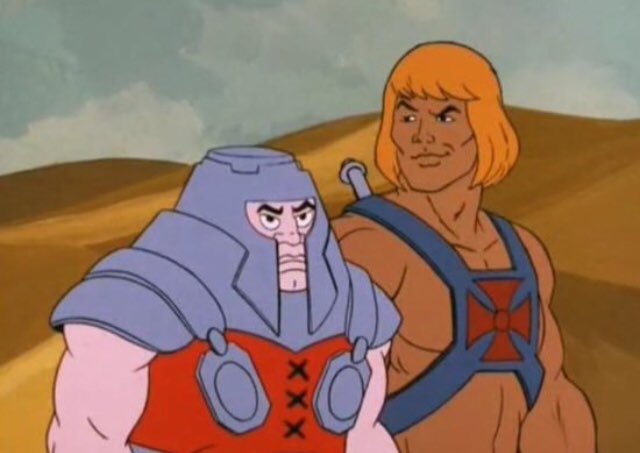 The reason for his height change is that the model is more based on the 2002 cartoon in which Ram-Man was one of the characters with the biggest redesigns. They made him much bigger, towering over the other good guys, and instead of bouncing into battle, he simply charged head first. 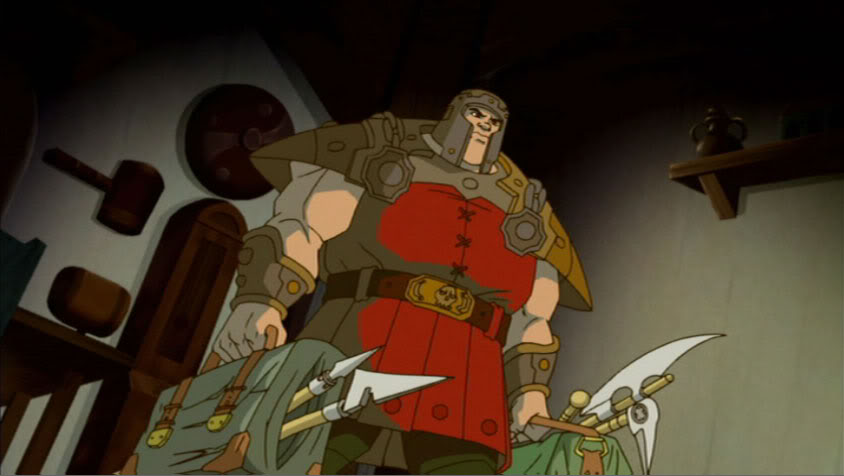 Personally, I like this concept more, as I really disliked the original Ram-Man as the seven-year old me had real issues with the toy version. Not only was the toy not in scale with the rest of the line (just like the Orko toy, who was huge), but also in order to give him a bouncing action, his legs were welded together and his arms didn’t have full movement. What was the point of that?

Therefore, given the size of the model, I’ve based my version of Ram Man for 7TV on the 2002 version, making him large and giving him the Rage special effect to simulate his devastating charge.

And so He-Month 2: Masters of the Juniverse has made a smashing start. There are a handful of people joining in, although not all of them will be posting every week (it is a niche idea, after all). Below are the blogs of some of them  for you to check out, and I’ll be doing round ups during the month to show off other people’s contributions, including those without blogs, if anybody else wishes to join in.