He-Month 2: Stay away from that Trap Jaw!

I continue to plough an almost solitary furrow for this He-Month, although there has been a little movement (and when I say ‘little’, I mean Orko) on the other blogs.

However, I shall persevere, and this week I’ve done one of my favourite MotU characters, Trap Jaw. 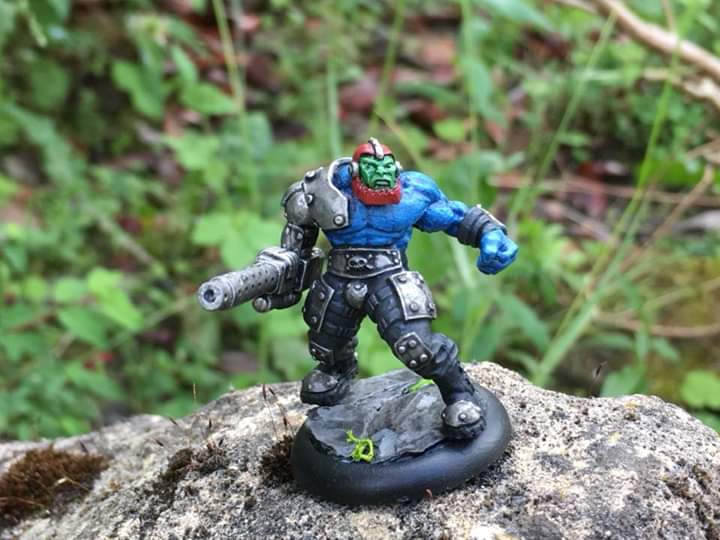 This model is another custom sculpt which has been specifically designed to work in Necromunda, probably as either a heavy (look at the size of that gun) or a pit slave (the miniature comes with an alternate claw arm. He just happens to look ‘a bit’ like Trap Jaw.

As it’s been scaled to fit with newer GW miniatures, this guy actually towers over the Quest Miniatures, however, he’s so good, I don’t give a damn.

In terms of painting, as is my way, I’ve kept things simple and let an excellent miniature speak for itself. Dry-brushing on the blue and washes elsewhere meant that this was actually a quick job.

As ever, these pictures highlight a few places I want to go back and clean up as my own eyes missed them.

In 7TV I’ve give Trap Jaw the Robot special effect to reflect his cyborg nature, and Thick to reflect the fact that he’s not the sharpest tool in the box.

Speaking of tools, I’ve chosen to reflect Trap Jaw’s many and varied arm attachments with the Gadget special effect, allowing him to do more than just blast away with his Lasertron.

One odd side effect of painting Trap Jaw has been that every time I say, type or even think of the name Trap Jaw, the theme tune of 90’s children’s animation ‘Trap Door’ runs through my head. 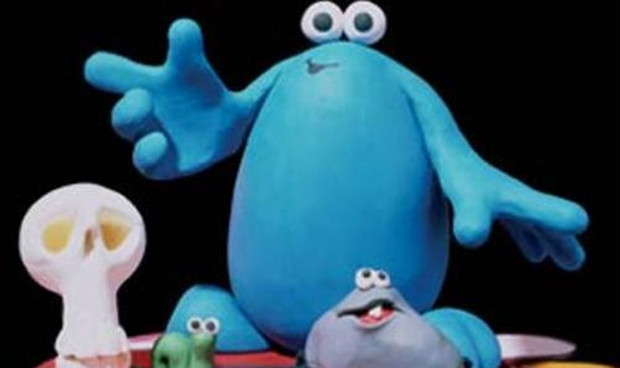 It’s getting a bit annoying.
Posted by Kieron at 08:51