Latest addition to the Gotham City landscape is Clayface. 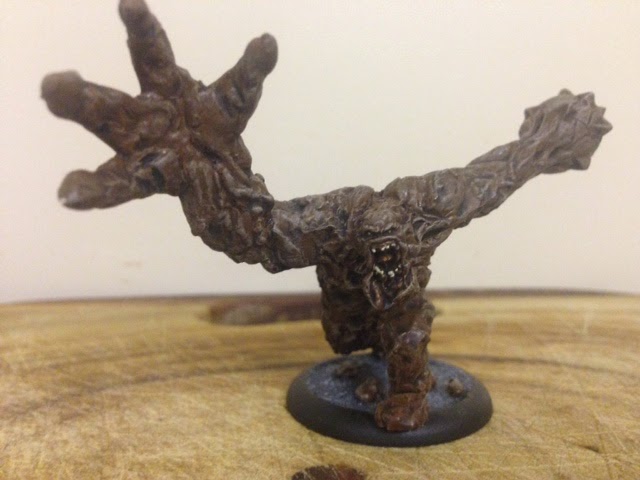 This shapeshifting villain has had numerous different backstories as the concept has been reused several times in the comics. In believe that the miniatures game version is Basil Karlo, but my Clayface will always be the animated series version, Matt Hagen, an out of work actor who is duped into testing an unsafe prototype face-lift formula following a disfiguring accident.

Painting him was really quite straightforward, brown with a wash and dry-brush, then add detail. I've tried to add some globules of clay on his base as if they've fallen off his body by using greenstuff, but i'm not sure of they're too regular or just look like the area he's passing through is used by dog walkers. 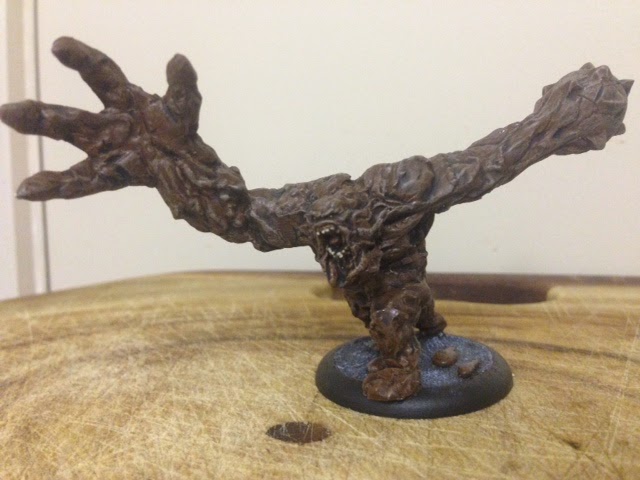 In the game, Clayface is a bit of a beast in combat and tough to take down (unlike most characters, he can actually regenerate blood damage). I'm hoping that he'll lead the line for me this weekend at a Batman Miniatures Game tournament I'm entering in Lichfield.

I'm not overly hopeful of victory because not only am I still learning the game, but the rules (naturally) forbid any of my cheaphammer shenanigans and so I've been forced to cobble together a crew from my official miniatures. Even I can spot the tactical holes in my force and so I expect others to exploit this mercilessly. Fortunately, this event is using the Swiss system, so after a couple of games I should have found my level and may stand a chance of winning a game.

I'm going to try to take some pictures and put together a tournament report next week, so watch this space.
Posted by Kieron at 10:39