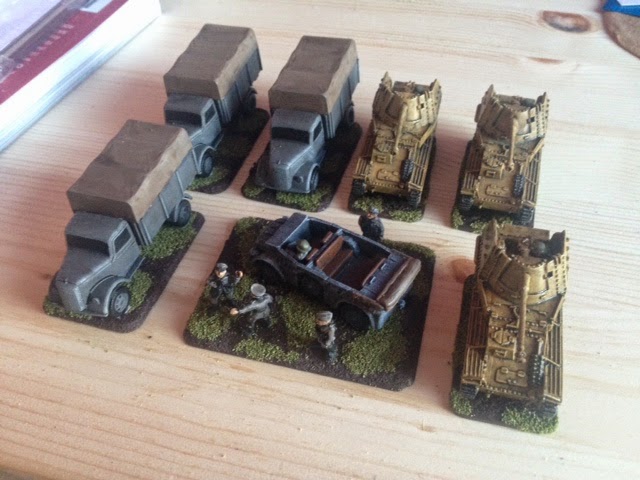 This is the final installment of my long running German Flames of War Army. I began this army about five years ago (maybe more) when I traded some stuff I didn't want, for eight painted Panthers. This led to a sharp learning curve where I learned quickly that Flames of War required a combined arms approach. As time went on I added infantry, artillery and smaller units one platoon at a time until I was able to field an infantry based force rather than one built around expensive and inflexible tanks.

The units I've finished off this month are the last gasp of completing this process. 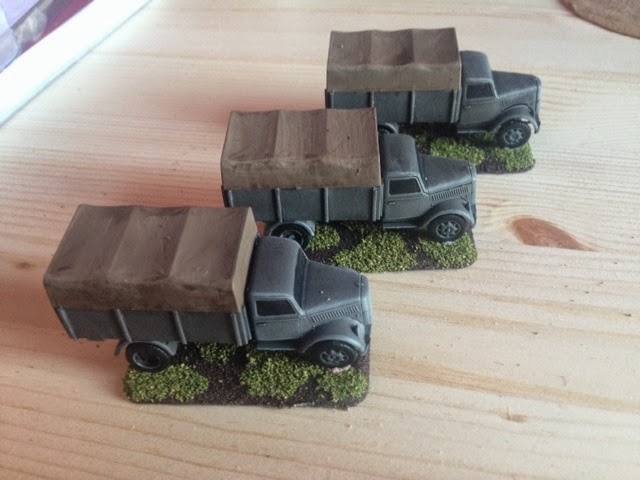 First up are three Zvezda Opel Blitz trucks. These are cheap little models which I've given a simple paint job to because I can't image that they'll ever see much table time. They're a functional necessity more than models that I desperately wanted...hence why I've left them until last. 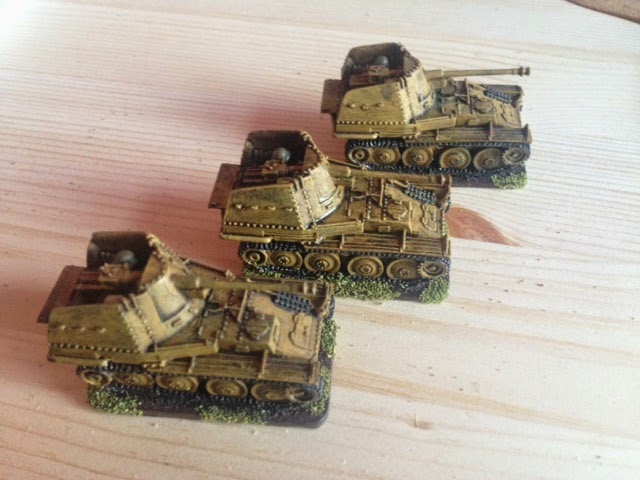 Next up, three Marder IIIM tank hunters from Forged in Battle. In truth, only the central model has been painted this month, but I've touched up and detailed the others. Marders are great for ambushing enemy armour as although being lightly armoured, they pack a hefty punch. Their low cost allows me to include more of the expensive and well-trained German infantry. 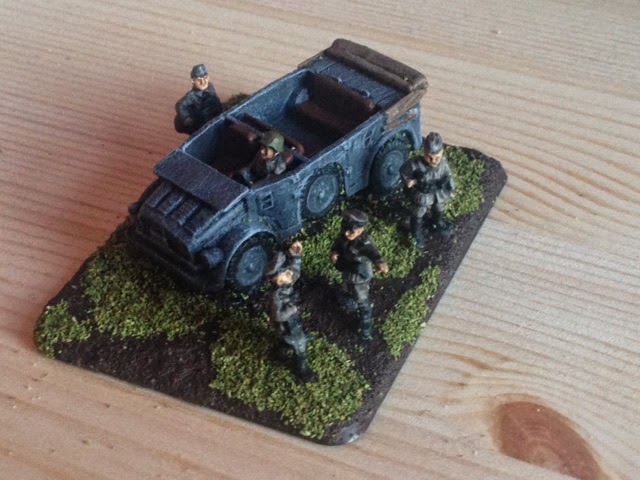 Finally is a little diorama I've made to use as an objective marker. This was made with bits and pieces I had left over and depicts officers debating tactics by a parked Field Car with it's engine running.

I like doing little dioramas like this, my other objective marker is a checkpoint, complete with red and white sentry box. They give a chance for a little bit of creativity in what is a pretty uniform (pun intended) army. 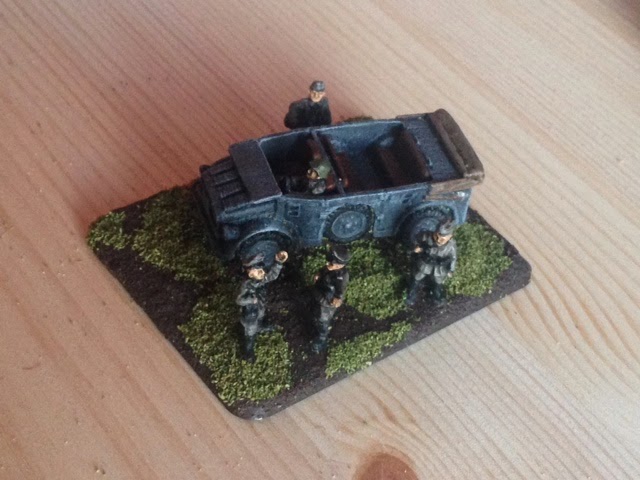 So that's another month done. I did give away a sniper team and a Goliath Demolition Carrier that I wasn't going to use to Matt and a tank commander to Pete, but I've still got a few bits and pieces, like gun barrels and ammo boxes that will go in the bits box.

Next month I won't be focusing on completing an old project, I'll be working on a new one. I've just bought a starter box for Dropzone Commander, so this month I'll be trying to get that painted in order to get playing soon.
Posted by Kieron at 13:52