With the Easter holidays coming to an end, so is my unpainted pile of Batman miniatures and terrain. Almost the last in the queue were my two Blackgate Prisoners and the MDF Police Van.

The prisoners, Big Stikka and 'Tube' Prisoner. These normally come in a pack of four, but I picked these up second hand initially in the belief that they were 'henchmen*' (which means you can include more than one of each in a band), however this classification was changed a long time ago and I'd never noticed. Therefore, if/when I pick up the Blackgate Prisoners pack, the two duplicate models will be painted up in different colours (perhaps with head swaps) to join my Two-Face gang. 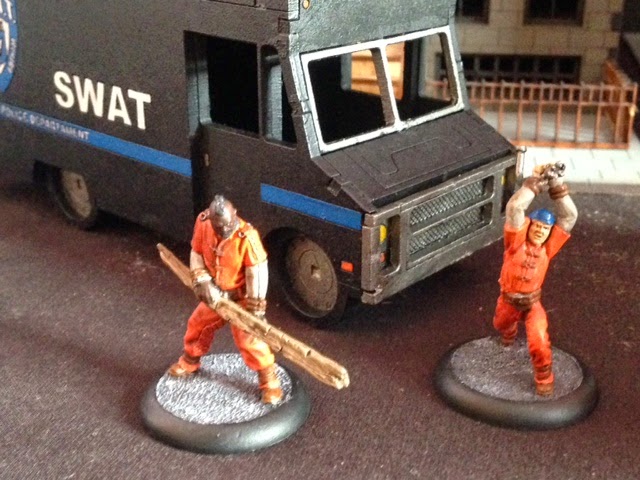 Tube Prisoner is only 10 reputation and is therefore one of the most useful models in the game as he will neatly fill up villain crews which fall short of the game limit. Armed only with a length of Pipe, don't expect too much of him, but he's great for camping on an objective, guarding a sewer entrance or any other task which you don't want to waste more valuable members of the crew on. Alternatively, with Handy and Heavy granted by his weapon, he could be a good choice for trying to grab bigger enemy to reduce their Defence against more damaging attacks. I expect this model to see a lot of table time. Big Stikka is a slightly different proposition. His big stick is Heavy and does a single blood damage, but has the potential to do an additional 3 stun damage on a critical hit. If this comes off it could have a dramatic effect on a game, but him swinging for crits is not something I'd want to pin a strategy on.

However, I would want to prioritise sending him in to fights (probably against weakened enemies) as if he manages to cause a KO or a Casualty, the Criminal trait grants him an additional WP, and therefore another Action Counter. Big Stikka also has a better chance than many henchmen of making it into combat as his Elusive trait increases his Defence against shooting. This is a model I'd use as part of a main attack, activating him later in a round to try to take advantage of weakened enemies. 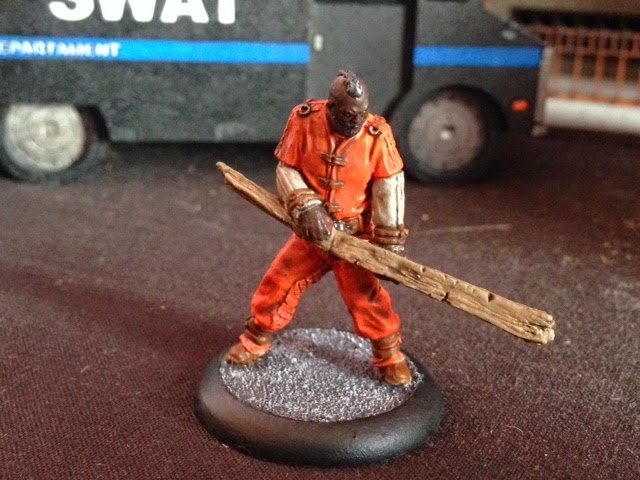 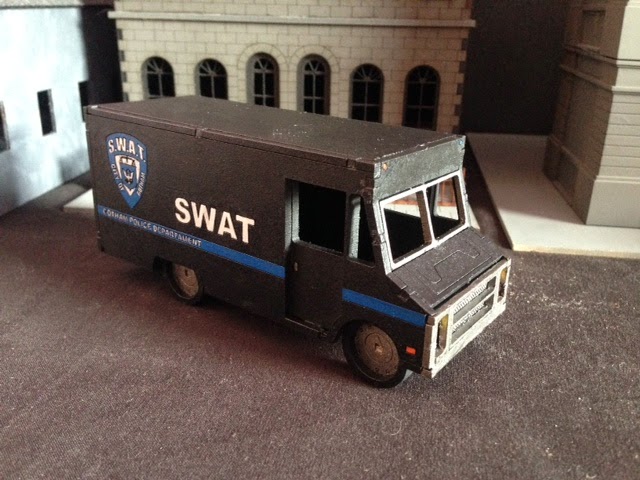 It's a clever piece of construction to make a convincing vehicle out of MDF, and I really applaud the ingenuity of the designer, apart from the fact that I needed to clip the corners off the doors to make them fit behind the wheel arches. 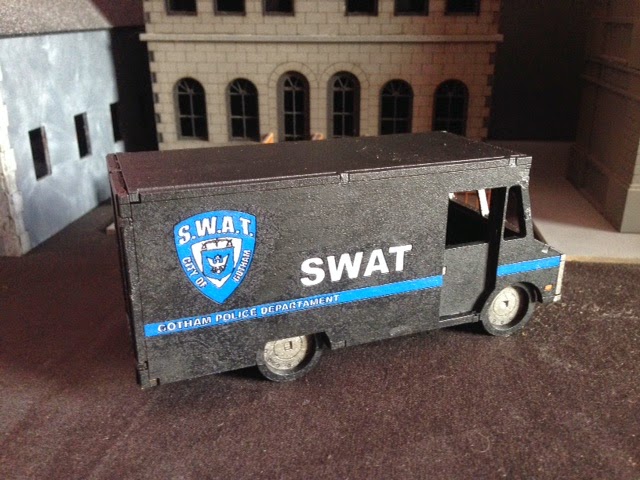 However, I can say without a hint of doubt, this was the worst MDF kit build that I have done. The problem stemmed from the fact that in places the laser cutter had not cut all of the way through the MDF, which made the usually simple act of removing the pieces from the sprue an absolute arse.

Despite my best attempt to clean up the pieces, it's also left some of the edges looking quite rough, which you can see on the front fender. What's more, it also caused me to snap the windscreen frame. I managed to mend it with a quick application of glue, but again, if you look closely you'll see where it happened.

I was going to put clear plastic in for the windows, but by that point I'd lost patience and decided to keep things simple so I didn't end up throwing the damn thing across the room. 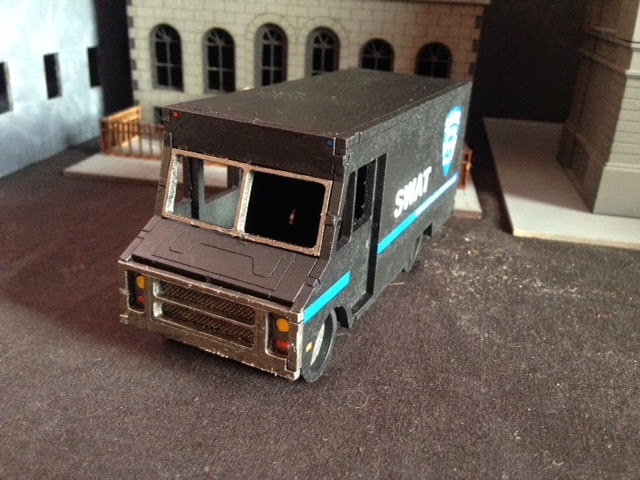 The problems with removing and cleaning up pieces also led to a couple of areas of poor fit, which it most noticeable at the back of the vehicle. Mind you, I was quite chuffed with getting some mesh into the back windows. 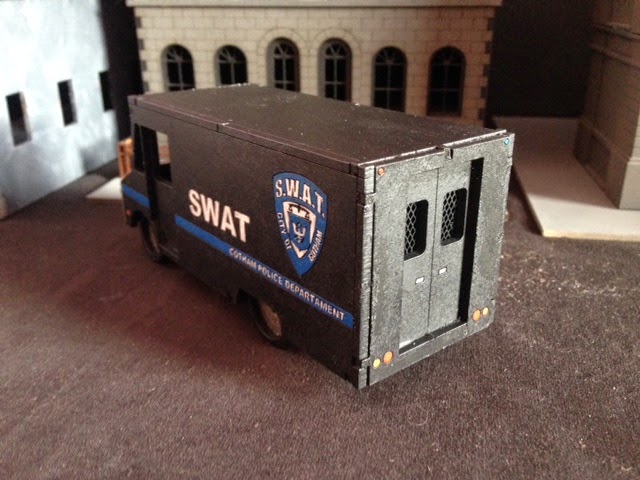 Painting this piece was a much more pleasurable experience than assembling it, and like the warning signs, it has crisp details and paints up easily.

Overall, I'm happy with how the model has come out, but the experience has made me more wary about buying more of Knight Models' MDF kits. I will still buy some of them, but not online as I'd want to check whether the MDF has been cut properly before buying.

I do have to say that it sometimes feels that Knight Models have quality control issues that need to be addressed. Others have reported similar experiences with some MDF kits, quite a few of the game cards have been released with misprints, and some people (not including me) have had issues with miniatures missing parts or being moulded poorly. Their customer service seems excellent, but they might not have to work so hard if a little bit more effort was put into quality control.

I'm still a fan, but assembling this van was very annoying.

All that remains unpainted of my Batman backlog it the Dark Knight Returns Batman I was given for Christmas. After that, there's nothing to do...until my birthday in ten days, which should rejuvenate the lead pile.
Posted by Kieron at 10:16