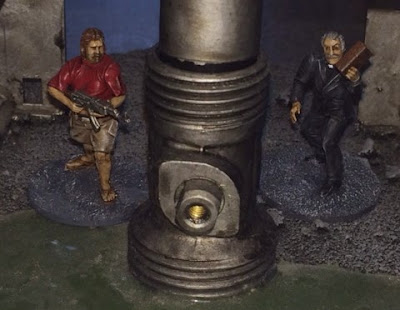 "Remind me, Padre. Why did you volunteer us to search the refinery at night?"

Week two of Zomtober, and although there are no zombies in sight, I've knocked out a couple of survivors using the Wargames Factory Male Survivors sprues. Despite my reservations about these kits, I had these models put together already, so it seemed sensible to get them done. 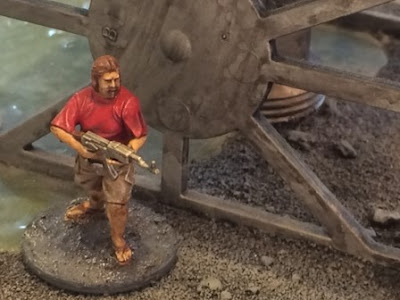 One of the things I like about this set is that there are a couple of unusual torsos, such as this rather heavy set chap. It creates a bit more character than the standard athletic build most miniatures are sculpted with. I've not done anything fancy with the painting, but I'm happy enough with him. 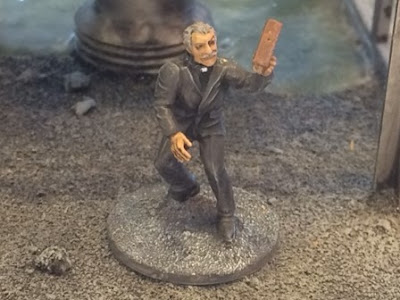 A  little bit more effort went into the priest. There are very few unarmed hands in the set and so I needed to a bot of cutting to put this guy together. The head is also from another manufacturer, Nexus Miniatures, as I really don't like most of the heads on the sprues as they lack any real definition. This head (which came with my not-Magneto) has an air of Vincent Price or Dick Van Dyke about it, which adds character.

Not sure how much he meets the definition of being a survivor though, given that his determined to face the zombie apocalypse armed only with a Bible. 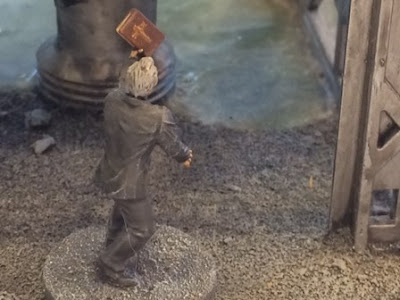 Finally, I've also managed to finish off another Batman miniature. This time it's Hush, a.k.a. Tommy Elliot, Bruce Wayne's childhood friend who is determined to ruin Bruce's life. A very simple paint scheme, which has turned out well enough, although I'm not overly keen on the head as the detail is very soft and it's not entirely clear that his head is wrapped in bandages. Every so often, Knight Models sculpts seem to have this problem with the faces and heads. Given the detail on the rest of the models, this is a bit of a disappointment. 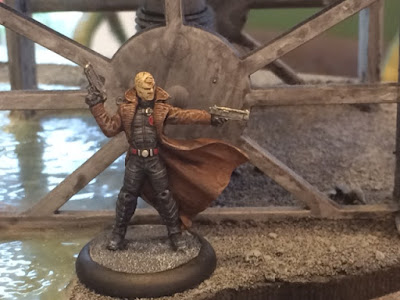 So far, it seems that Zomtober is having the required effect of getting me painting again. Hopefully the pace will pick up.