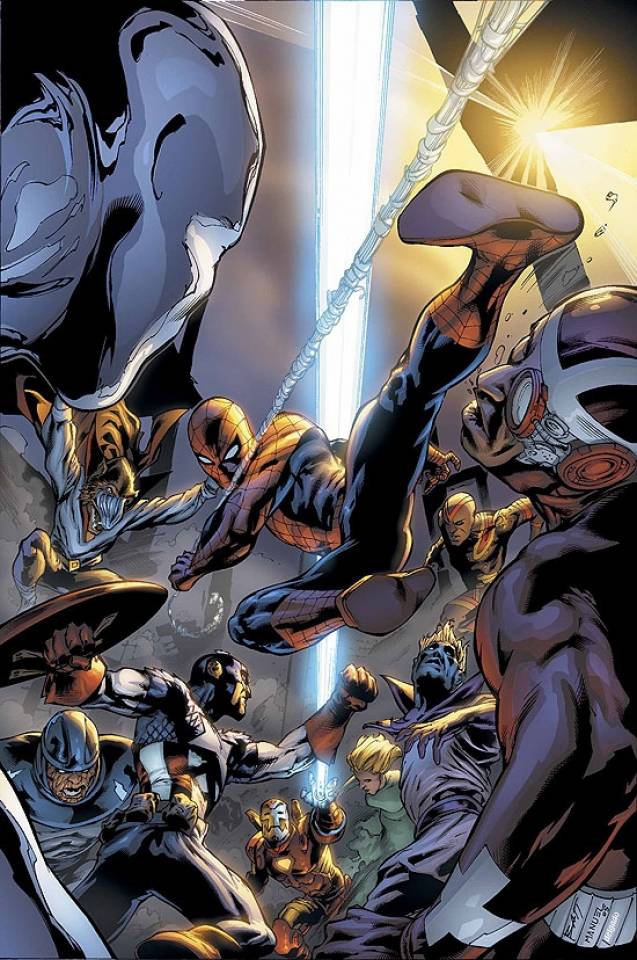 After an almost two year hiatus, I've finally returned to my solo Marvel campaign centering on the New Avengers: Breakout campaign.
The gist of the storyline is that the Avengers have disbanded until person or persons unknown have staged a mass breakout from the Raft maximum security prison. Captain America, Iron Man and Spider-Man have individually rushed to the scene to help contain the situation, which included stopping Count Nefaria. See Issue #1.
Meanwhile, Matt Murdock, Luke Cage and Jessica Drew were visiting one of Murdock's clients when the lights went out and they narrowly escaped Hydro-Man, Zzaxx and Venom. See Issue #2.
Now the heroes need to see if they can work together to prevent a horde of prisoners from escaping into the night.
For this scenario I had Iron Man, Spider-Man and Captain America trying to hold the communications centre against an increasing number of escapees seeking to call for some sort of extraction with the heroes trapped below arriving later. The game would last until one side was knocked out or a villain was alone (i.e. no heroes to distract them) on top of the comms centre at the end of a round. 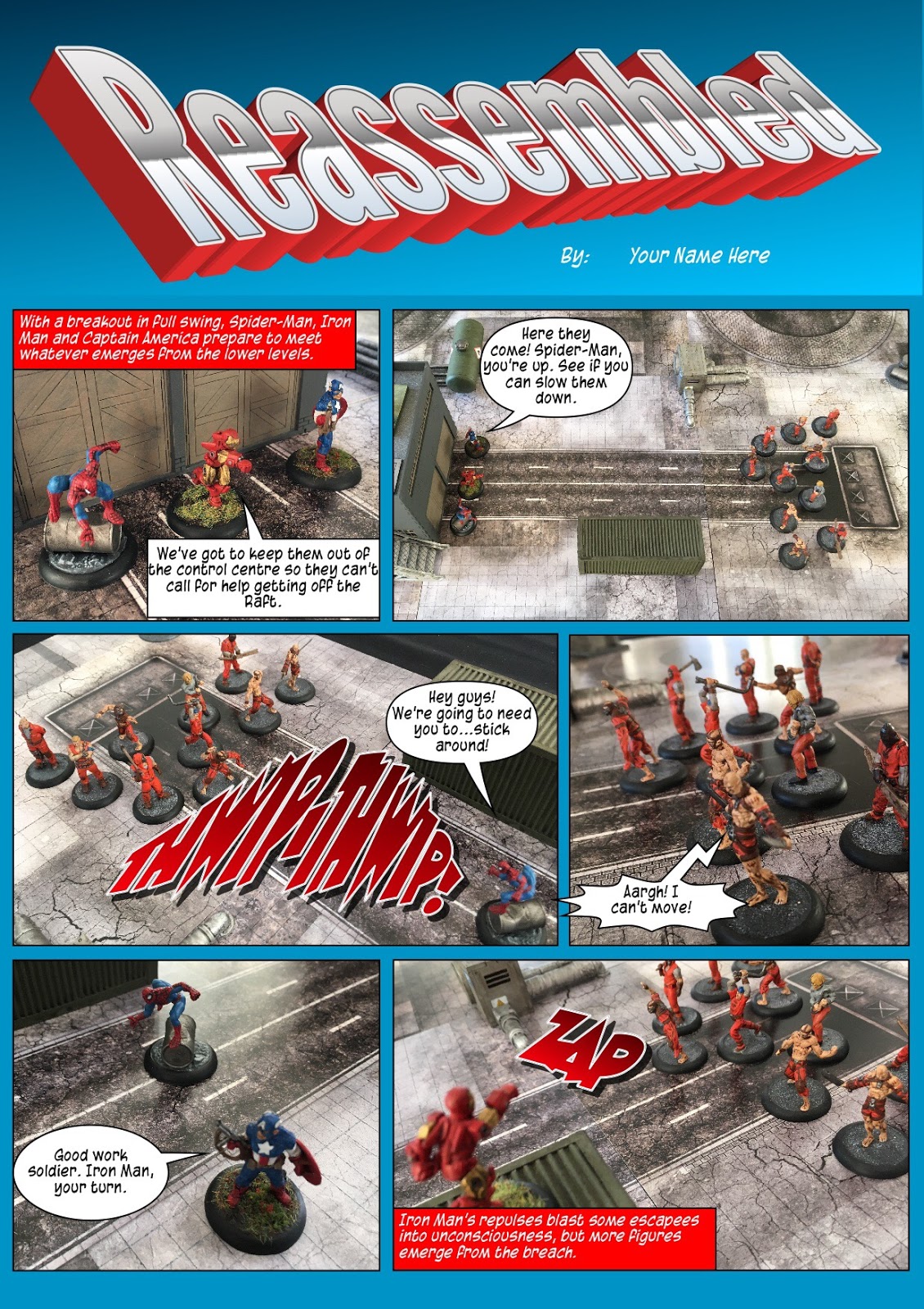 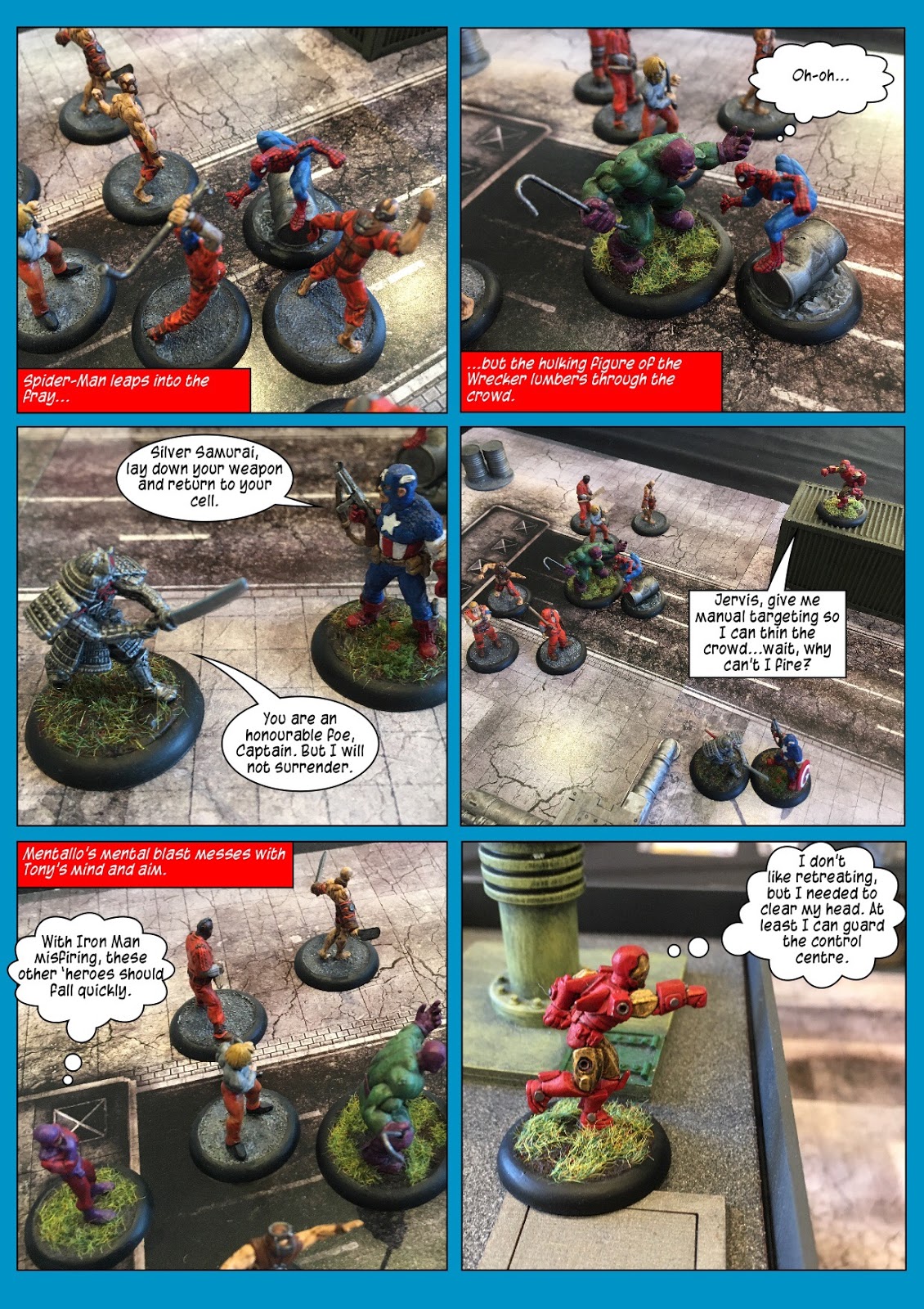 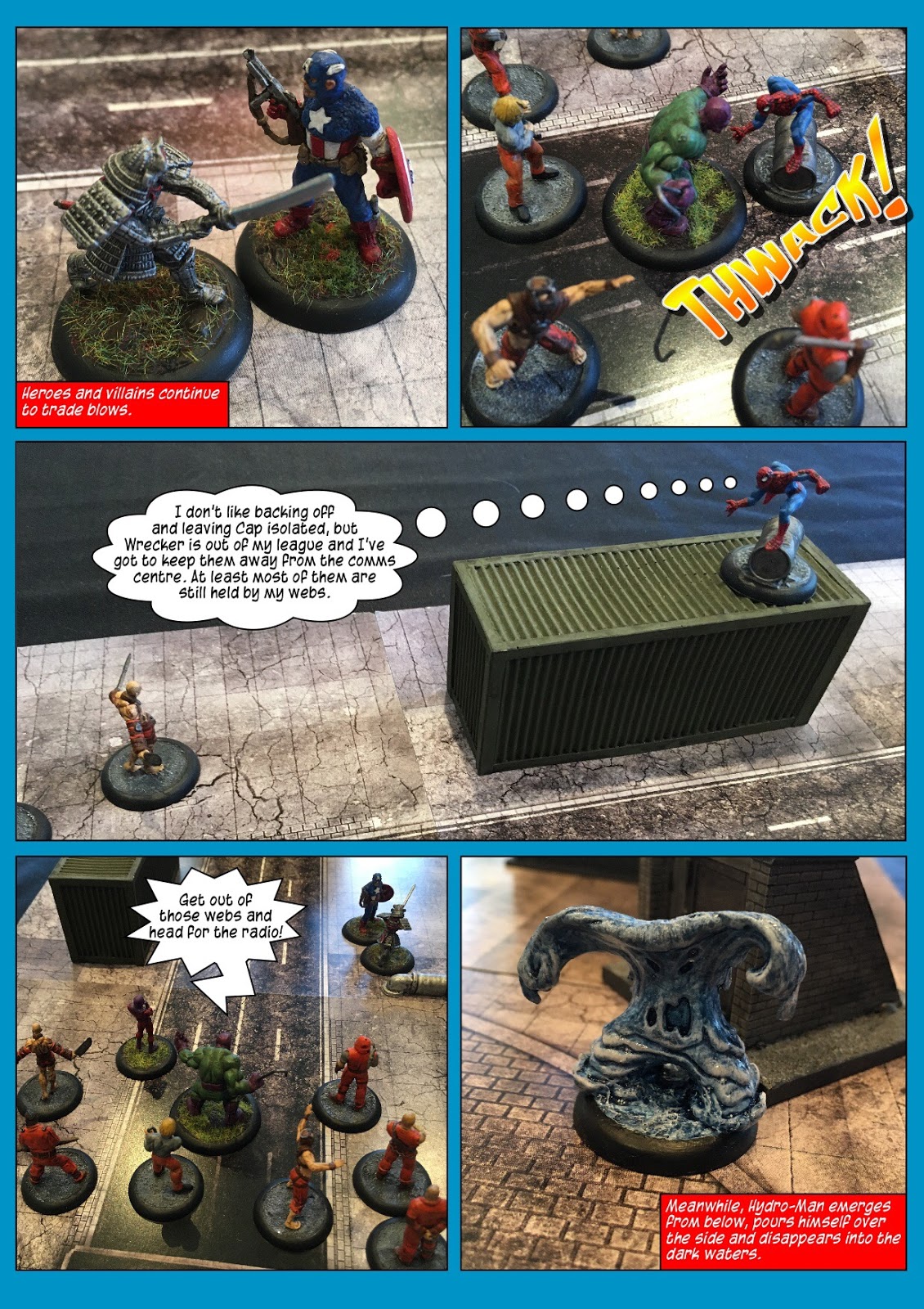 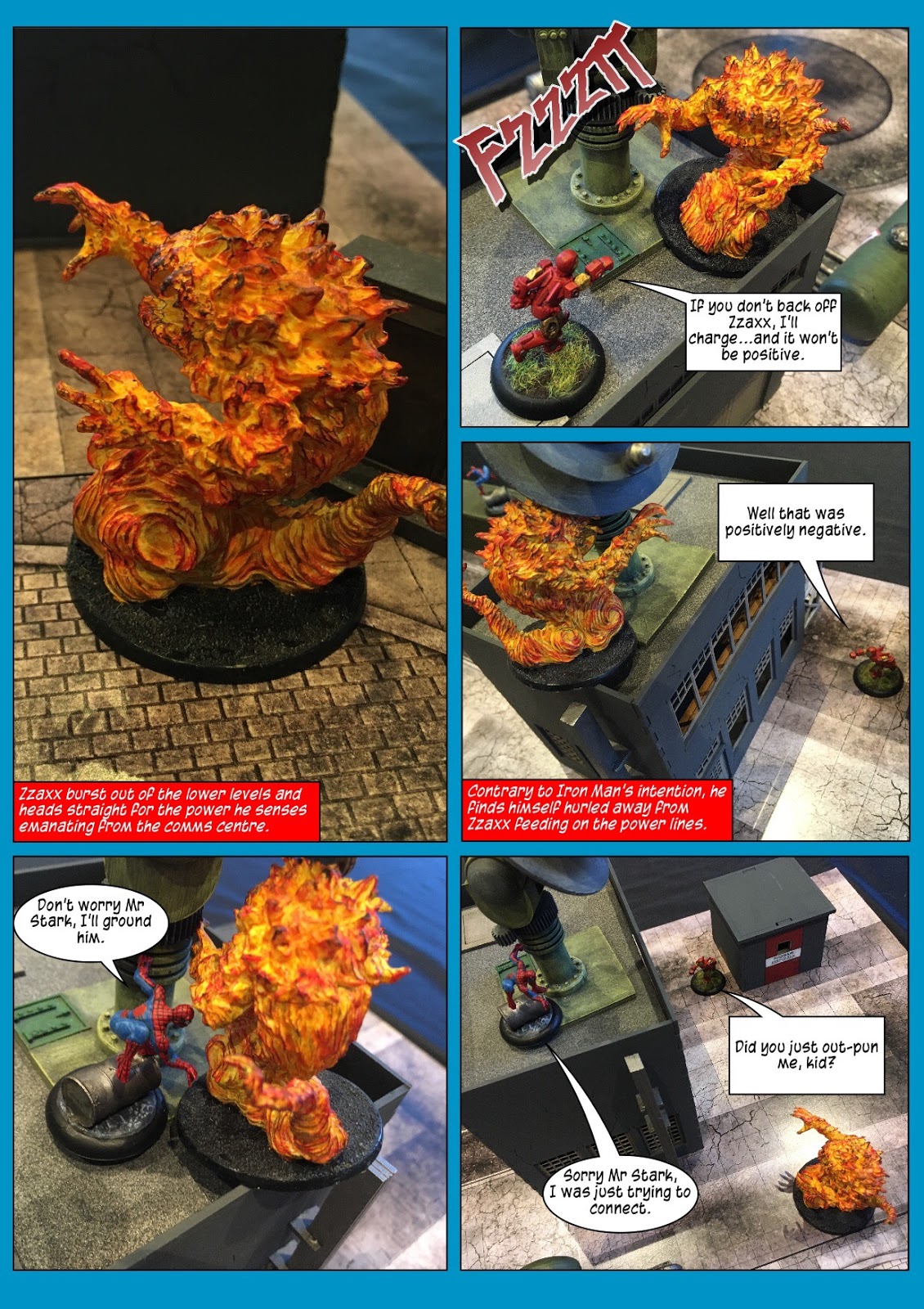 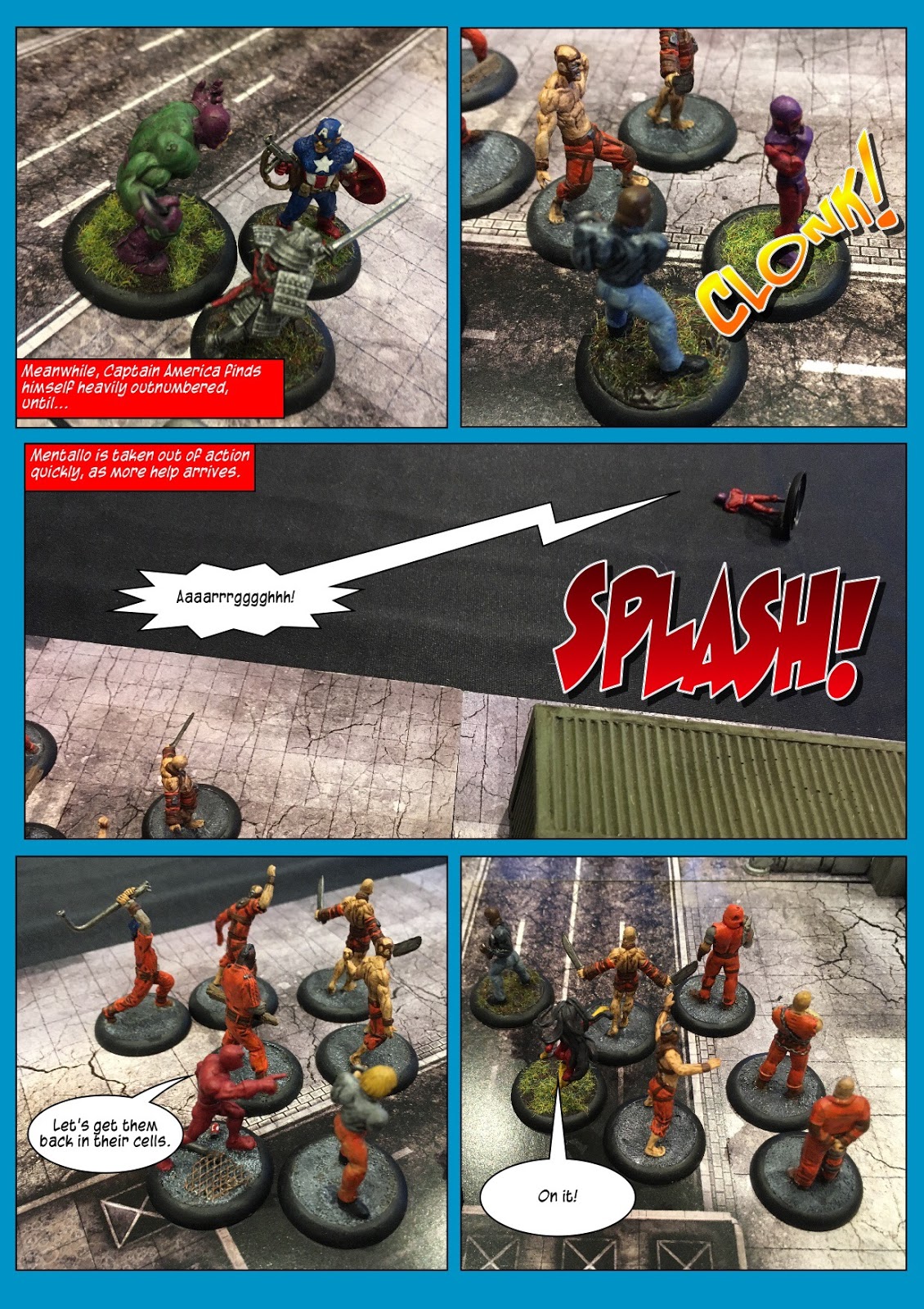 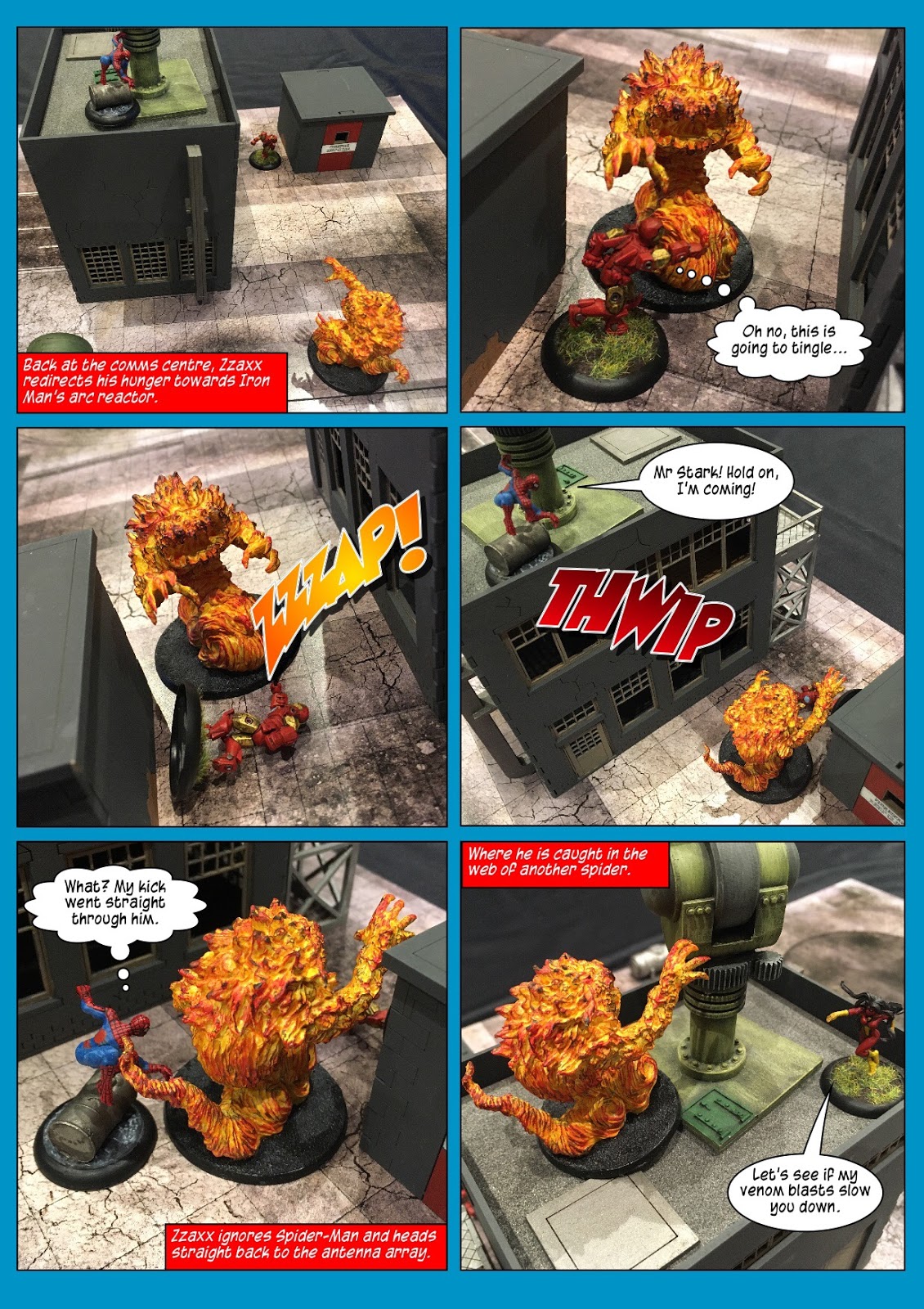 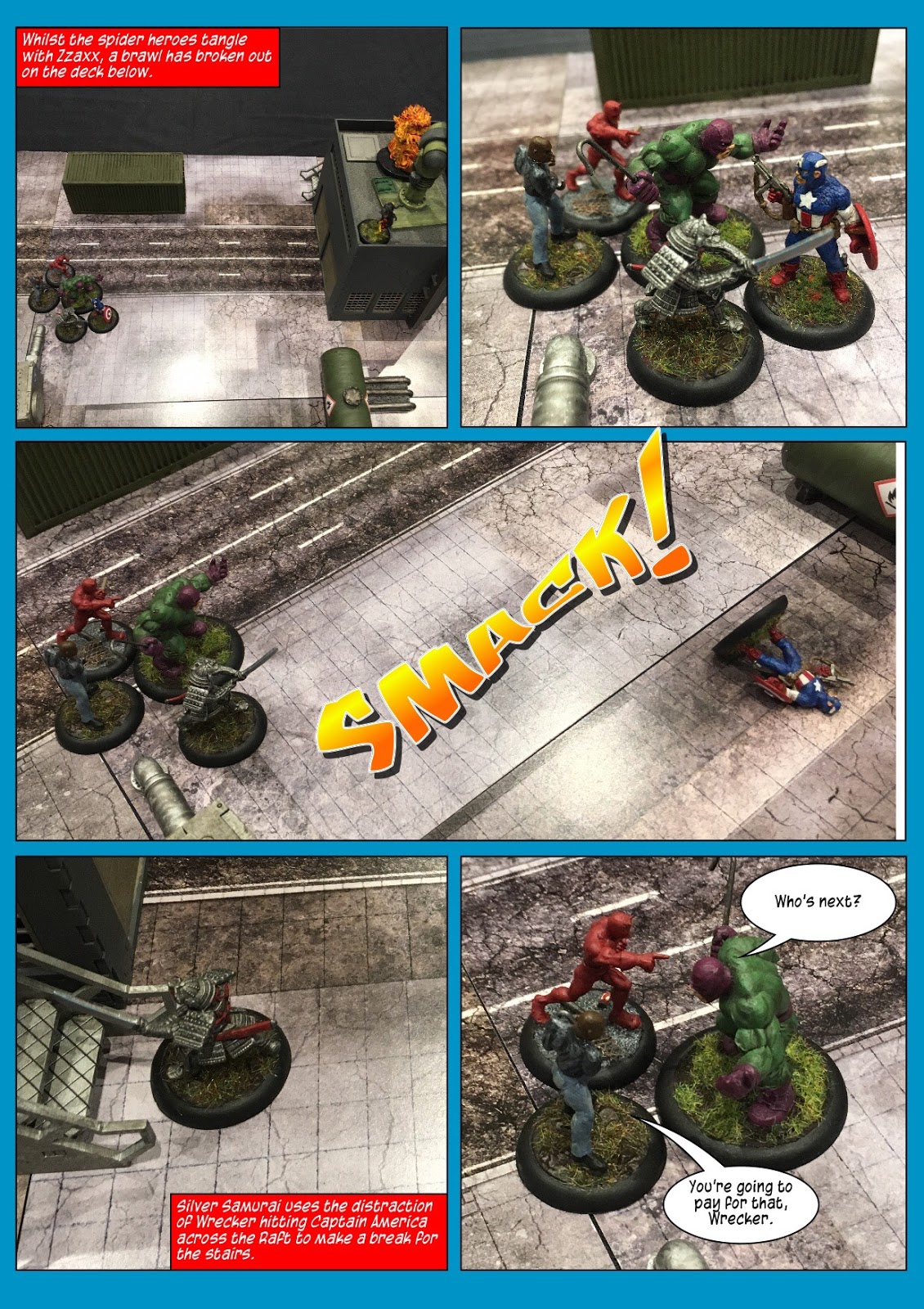 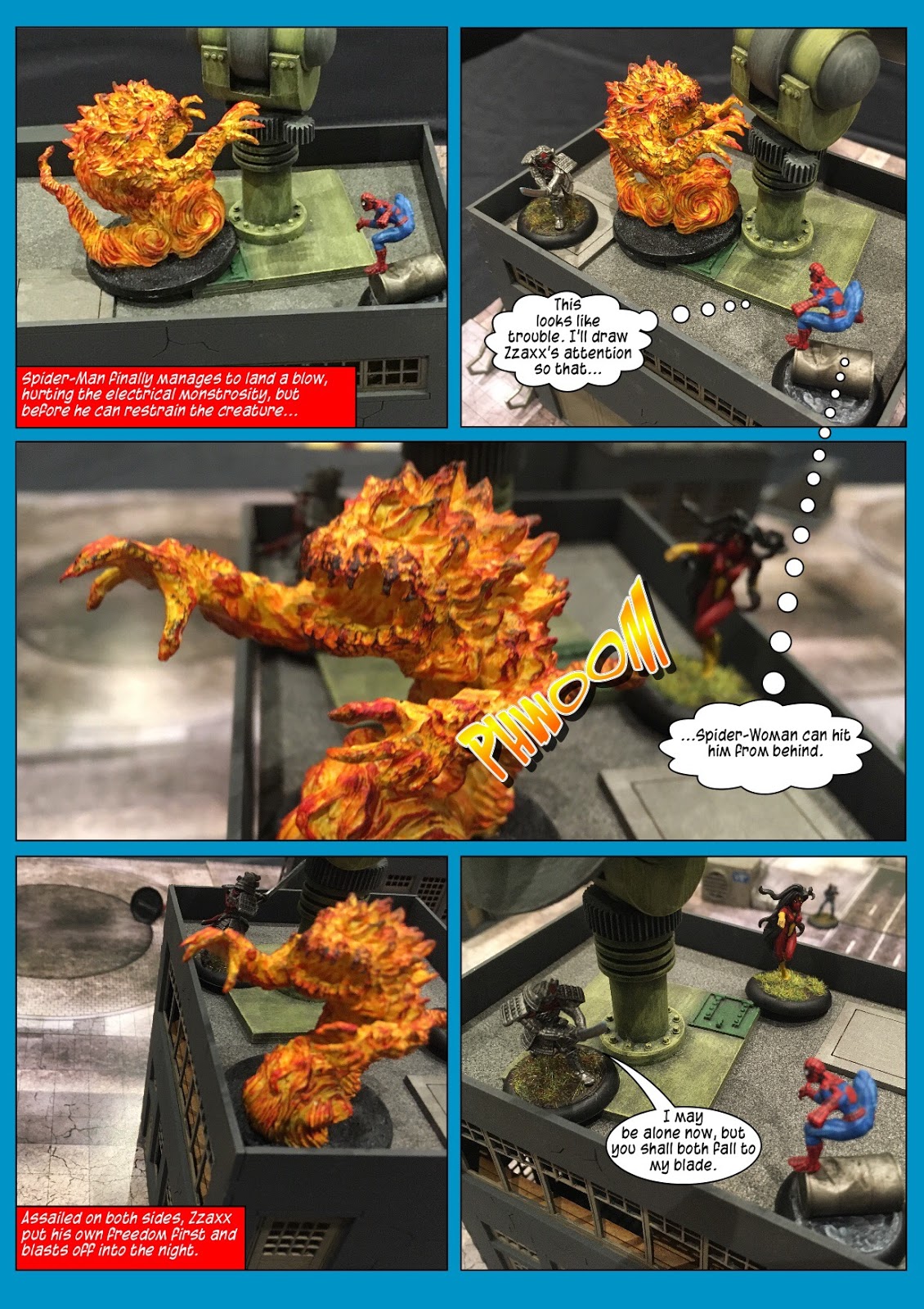 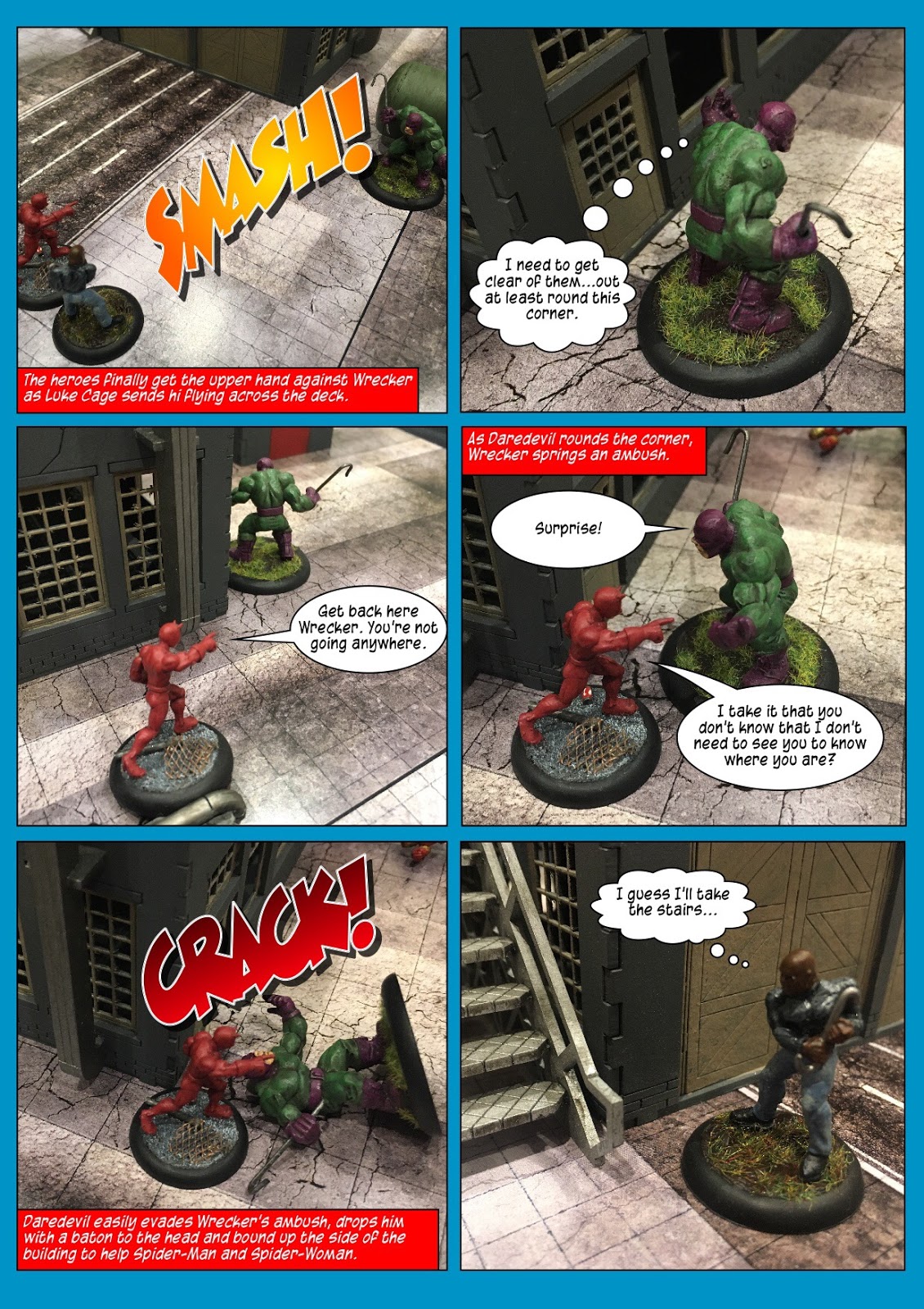 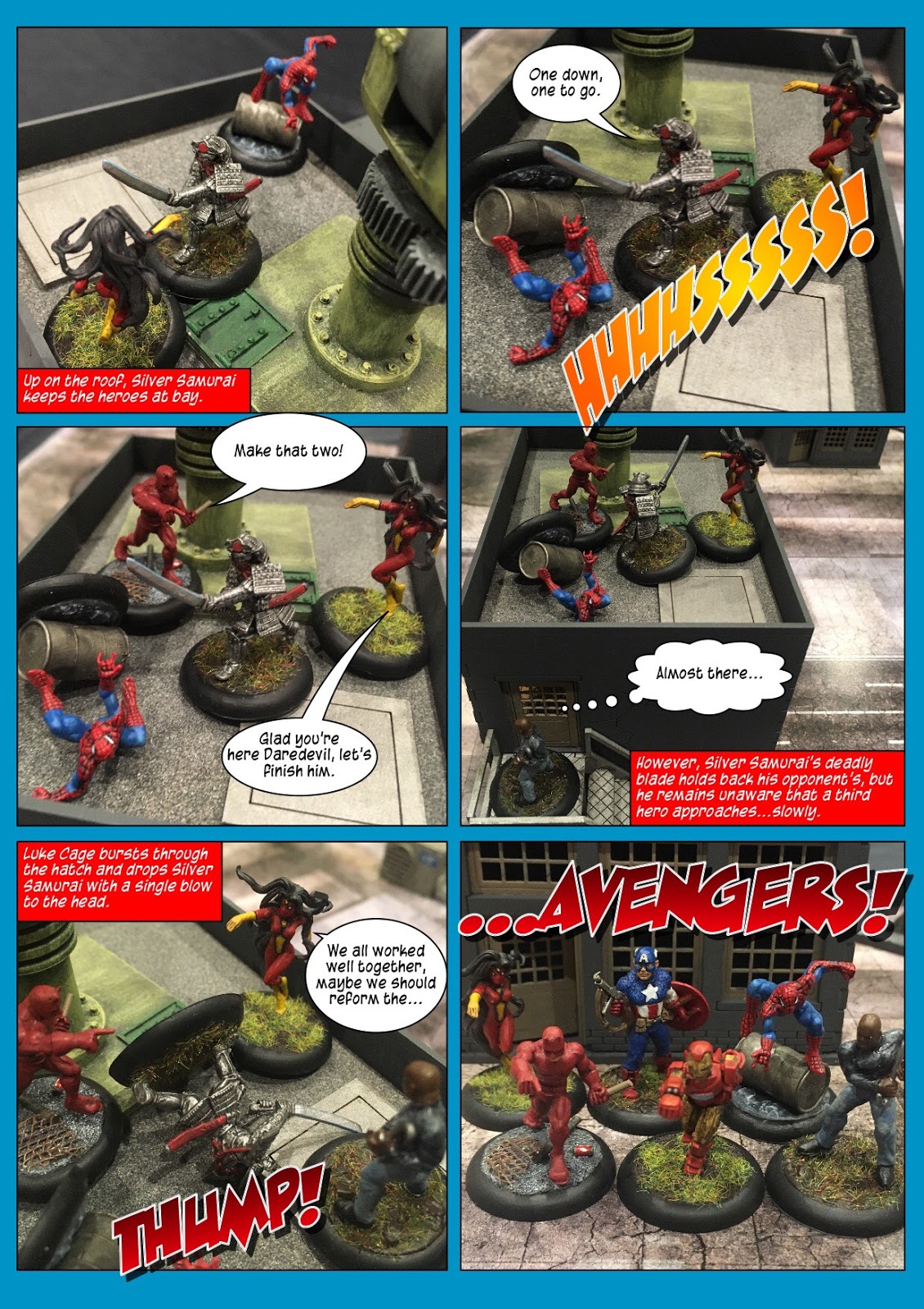 I'm not sure where I'm going to go next with this, however, I suspect I will follow the story from the comics (and the campaign in the Marvel Heroic Roleplaying rulebook) and eventually head for the Savage Land...mainly because I already have a board for it.
In other news, I've done no painting, but I have bought some 'beastmen' that are definitely not the Thundercats from Crooked Dice and Leon of Kitbash Games has been having a clear out and sent me a bunch of minis that are destined to be S.H.I.E.L.D. agents and Sentinel Prowlers in further installments.
Acquired: 232
Painted: 203
Posted by Kieron at 08:38