So it turns out I’m not at work today, due to a sudden blanket of snow last night, and that can only mean one thing... 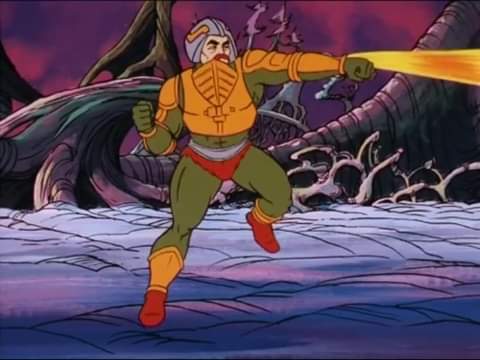 This time it’s Duncan, a.k.a. Man-at-Arms, the Master of Weapons. I think this might be my favourite sculpt from amongst the Quest Miniatures as it suggests the wrist lasers he used all the time, and has a really characterful face. 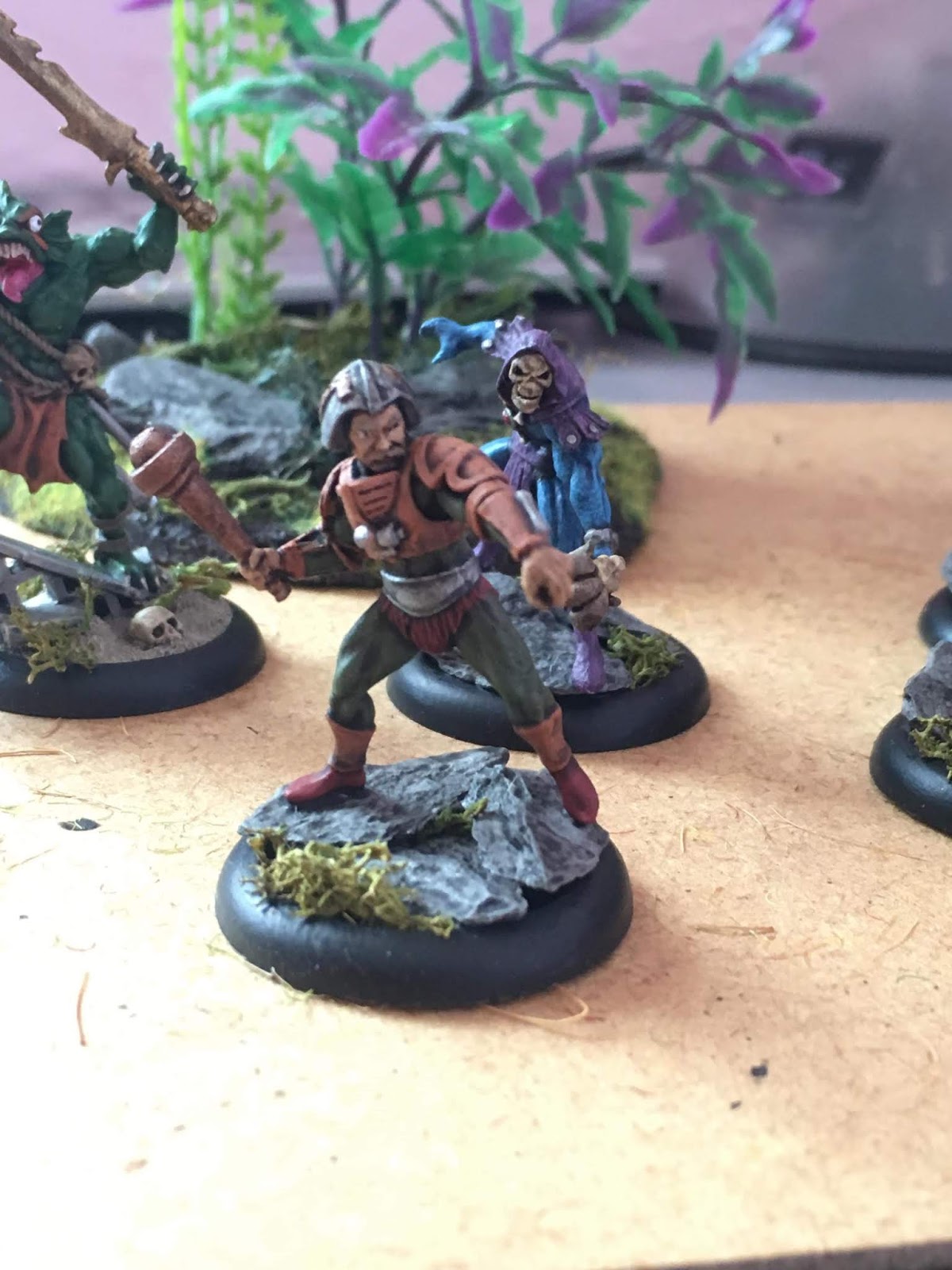 One of the reasons I didn’t do him earlier is because I’ve been pondering about his orange armour, considering whether to go with a brass  metallic colour (which I’ve used on his mace). In the end I decided that orange is how I remember him and the Ratskin Flesh paint I use for brickwork isn’t too vibrant and gaudy.

I also tried to give be him the blue helmet the toy had, but combined with orange, green and red it was all a bit too much and so I settled on silver, which combined with a couple of silver details on his armour lends him a bit more of a mechanical look. 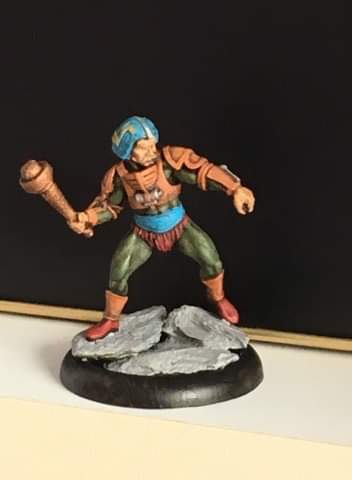 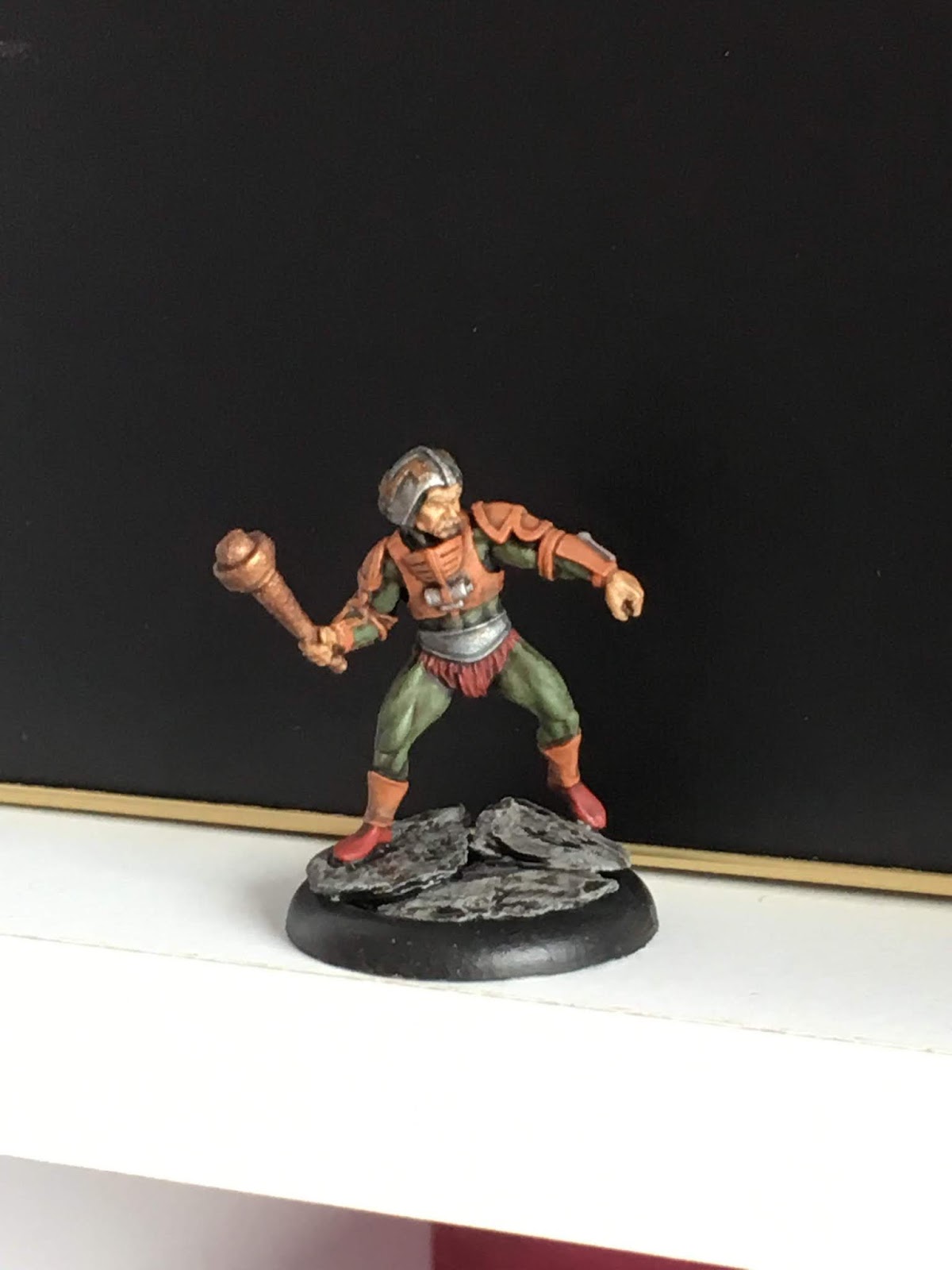 Having painted Man-at-Arms, I can’t shake the feeling that he looks like a Bloodbowl player, and so don’t be too surprised if you see a team appear in these colours.

I am on the lookout for suitable models to use as the Eternian Royal Guard, and so this paint scheme may get rolled out quite a bit if I can find some.

I’m now staring down the barrel of running out of miniatures. I either need to leave Beast Man alone for a few days, or get planning and scheming...