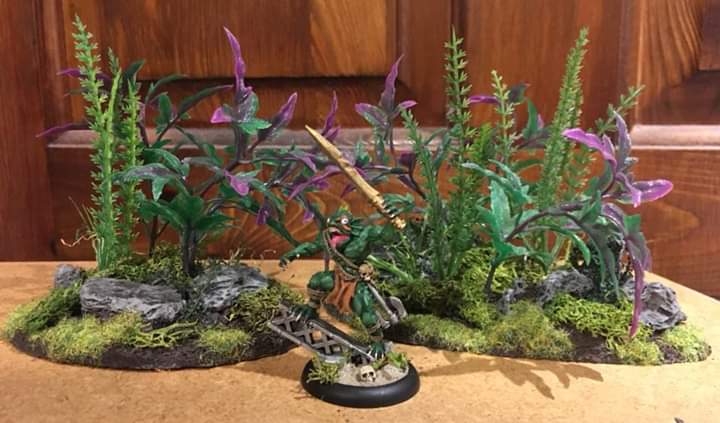 Leon, from Eclectic Gentleman Gamer, and I have decided to do another new project. This time it’s focussed on one of my favourite cartoons of the 80’s, He-Man and the Masters of the Universe, and to motivate us were publicly declaring that February is ‘He-Month.’ Each week we will be striving to complete something He-Man related, be that miniatures, rules or terrain, and perhaps even games by the end of the month.

Now it should be pointed out that the frankly excellent project name has been ‘borrowed’ from the Carrion Crow and Rantings Under the Wargames Table blogs, however, they’re cool with us using it and we’d missed ‘He-January’ and didn’t want to wait for ‘Marchsters of the Universe,’ or even ‘Masters of the Juniverse!’

And so back this week’s fishy goings on. Why ‘fishy’? Well, three reasons...

My first miniature for this project is my attempt at Skeletor’s aquatic henchman, Merman. 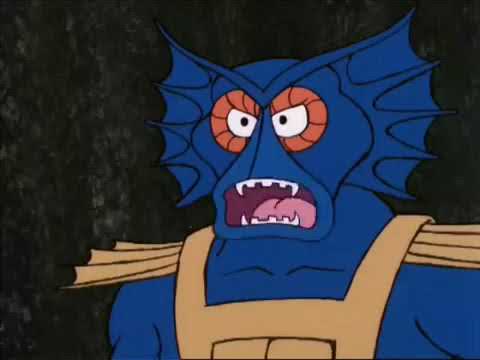 Masters of the Universe inspired miniatures are not exactly thick on the ground and so my proxy-radar has been in overdrive recently to enable me to locate suitable models. Merman seemed an easy place to start as he’s essentially in the same ball park as Lovecraftian Deep Ones.

The other advantage is that the design of the character in different mediums has varied considerably, with particularly his head showing significant difference between the Mattel toy (which was one of the first I owned, along with Skeletor), the 80’s cartoon series, and the 2002 cartoon series. This means that there’s more wiggle room for what can be an appropriate stand in. 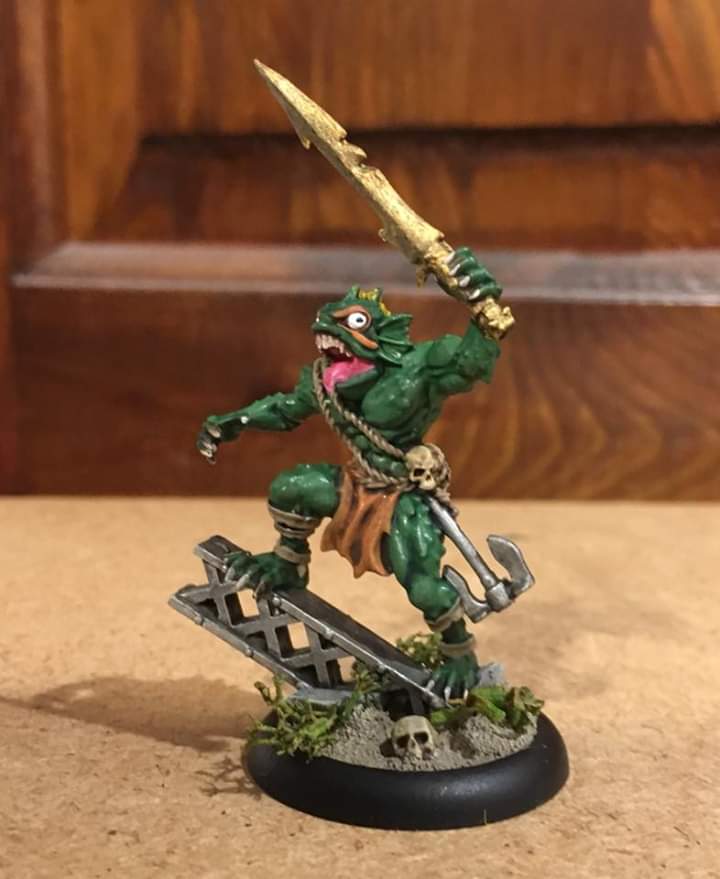 Ultimately I plumped for a Deep One Reef Breaker from Achtung Cthulhu by Mophidius Games. He has the fins on the side of his face like the 80’s cartoon, but teeth gathered at the front of his mouth, which is fairly similar to the toy. I replaced the pipe he was wielding with a serrated (and harpoon-like) sword, as the toy came with one. I was going to create a trident instead, but the pipe was to bulky to make the bit in his hand be part of the haft.

When it came to painting, I wanted to evoke the character I remembered even more, and to I tried to keep somewhat close to the colours used in the toy. A rich green skin tone, the same orange for the loincloth and around the eyes and the sword in gold as yellow was a step too far. I was conscious that the model didn’t have armour, however I have painted the dorsal fins yellow to further link to the colours of the original. 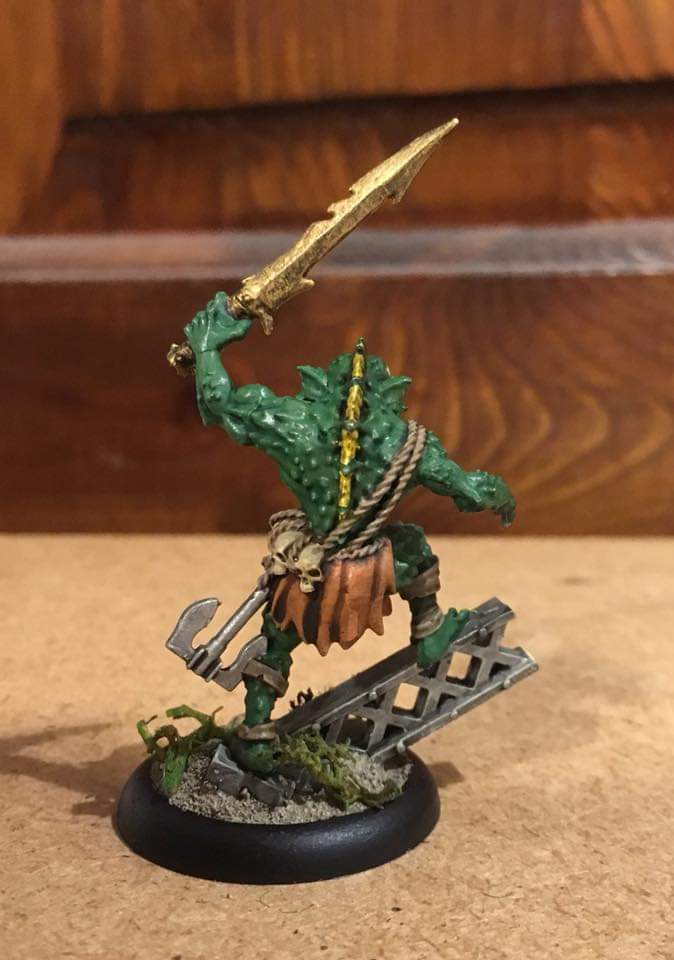 Overall, I’m really happy with how he’s turned out, and I also put more effort into the base than. I usually do, trying to capture the idea of either the sea bed or the shore line. The modern girder is also appropriate as Masters of the Universe mixes Hyborian high fantasy and pulp sci-fi with wanton abandon, and so nothing’s really off the table in terms of ‘historical accuracy’ - if you can use such a term in this context.

These two terrain pieces are the beginning of my attempt to create a useable amount of terrain for pulp adventures and lost worlds. However, they’ll do sterling service as Eternia too. I intend to use them as impassable blocking terrain and so I wanted them fairly densely packed.

I received excellent guidance on how to create them from Michael of  28mm Victorian Warfare, who also linked to some YouTube tutorials. The bases are actually resin pieces I picked up from Wargames Emporium with the rock formations and ground texture already moulded, and they saved me a lot of work. After painting I added bits and pieces I have lying around - GW ivy, lichen, static grass and some plastic fish tank foliage (hence the fishy connection).

They’ve also served as a proof of concept for me to attempt some larger pieces once I pick up a few more raw materials.

Fishy Goings On 3: A Project Without Miniatures

Currently, Merman is the only model I own for this project and I’ve run out of much of the bits I used for my terrain and so meeting next week’s target could be tricky. I am off to Vapnartak tomorrow and I’ve also got a few orders inbound, and so I should be okay.

However, my emergency fallback is to raid my bits box and try to make Trapjaw, even though a suitable model for him is one of the orders I’m waiting for, but, a target is a target.

By next week, if I’m writing a post about rules, you’ll know my plans have gone as badly as Skeletor’s.

Email ThisBlogThis!Share to TwitterShare to FacebookShare to Pinterest
Labels: 7TV, Masters of the Universe, Pulp, Terrain