With the fact that outside my house currently resembles Narnia, our weekly gaming night hasn’t happened. Therefore I took the opportunity to continue my Walking Dead solo campaign.

Reunited with his family and an old friend, Rick thinks he may have found some respite from the horrors of the new world. But the fledgling group soon realised that there’s no rest from the threat of the Walkers. 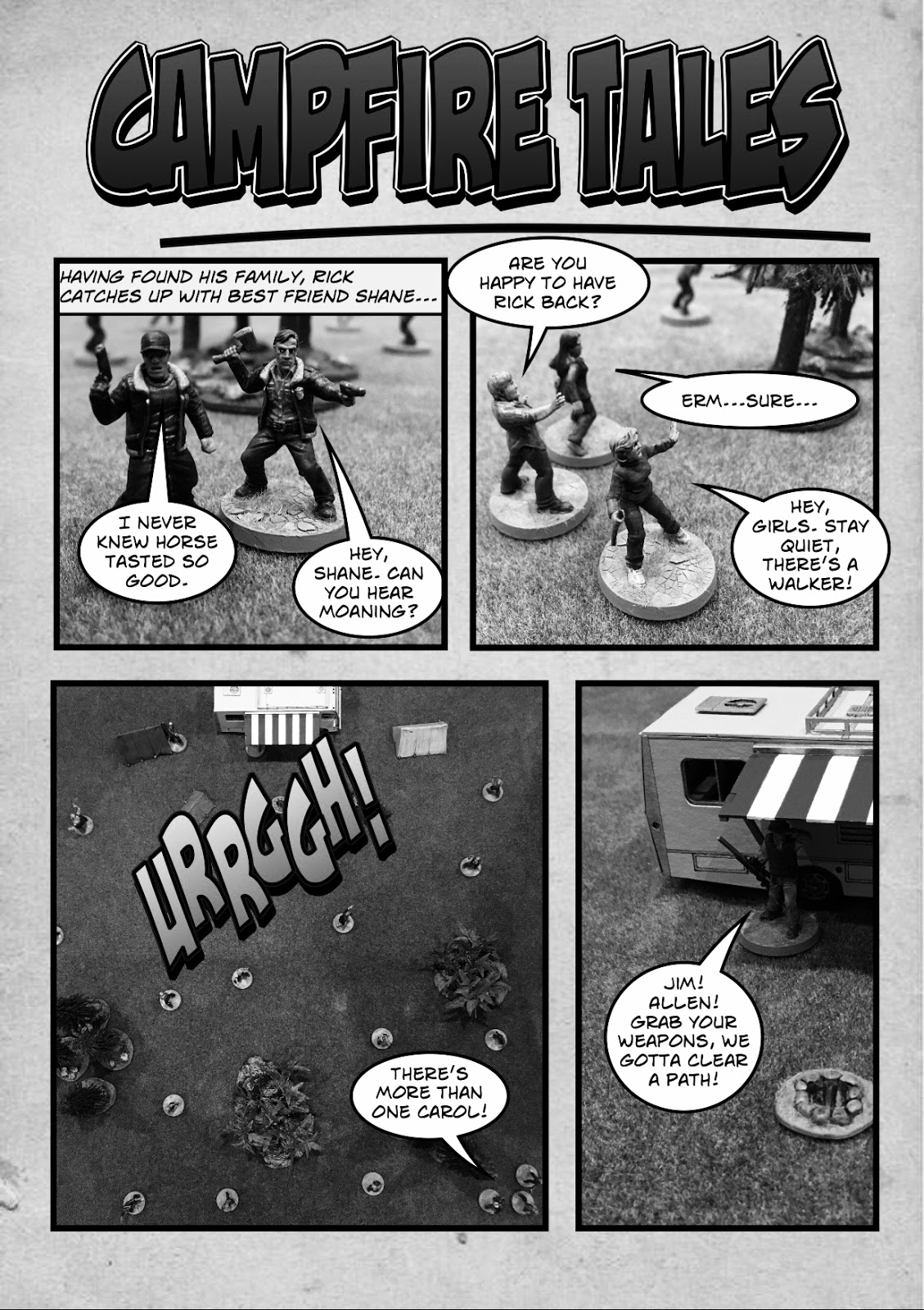 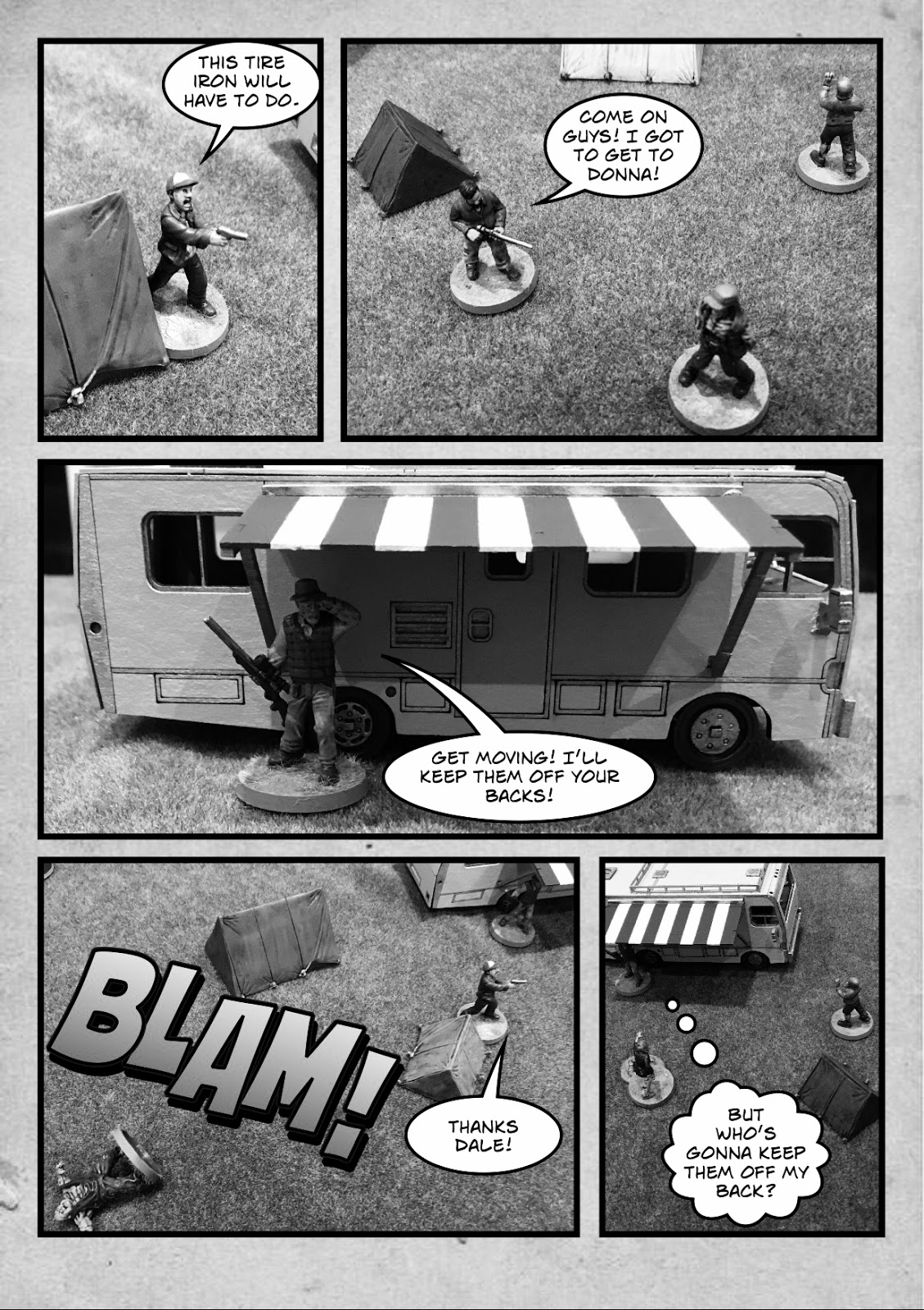 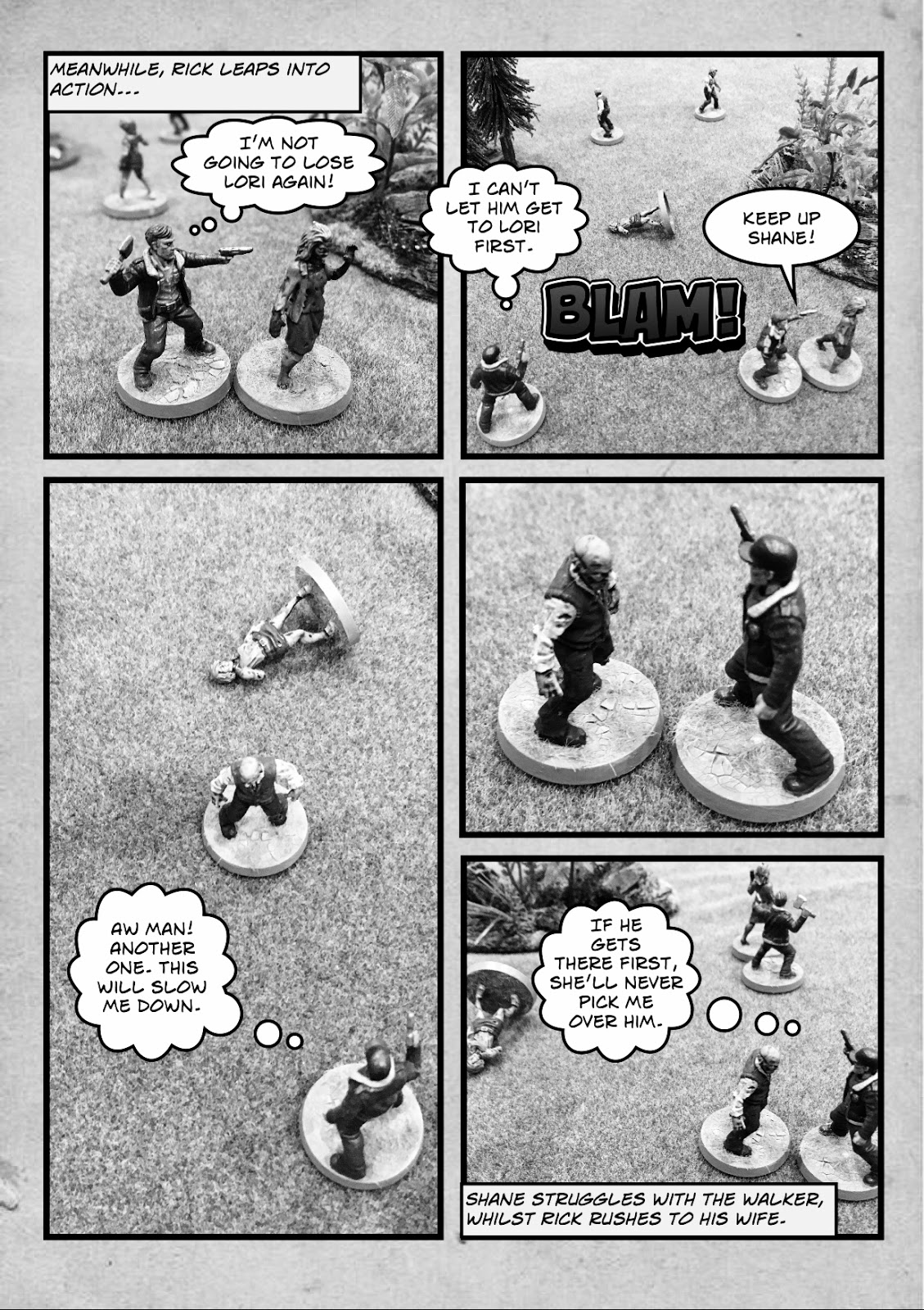 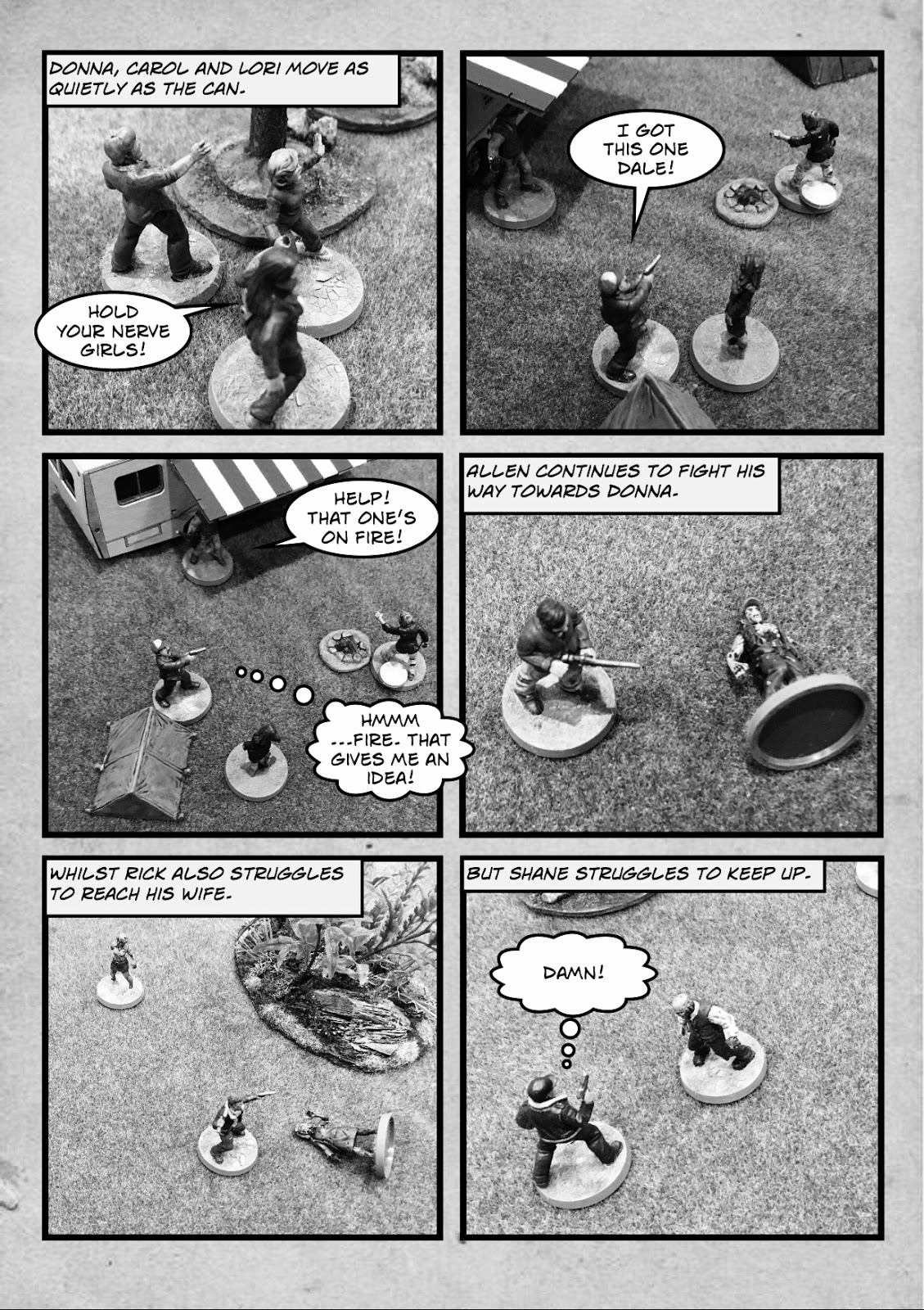 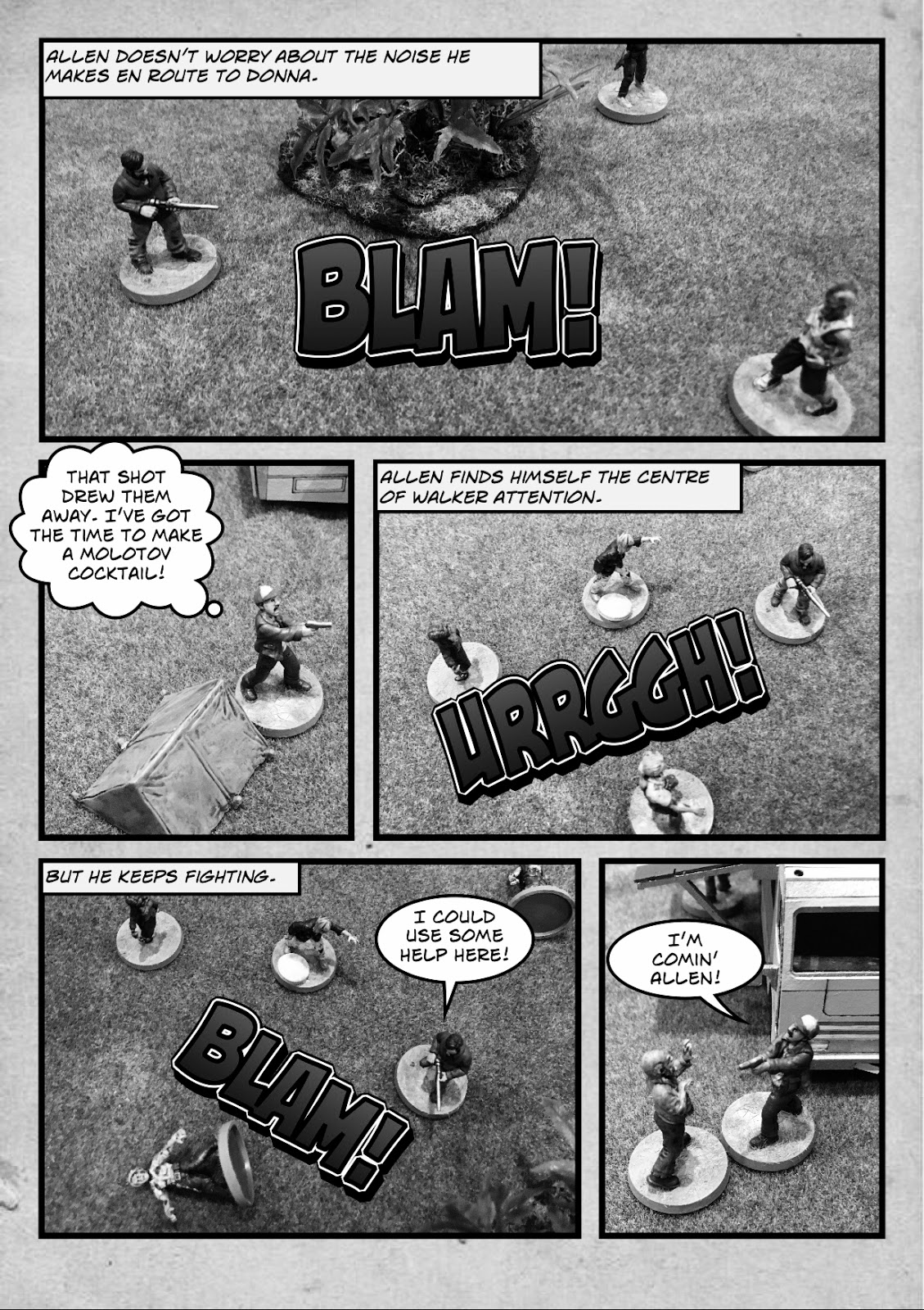 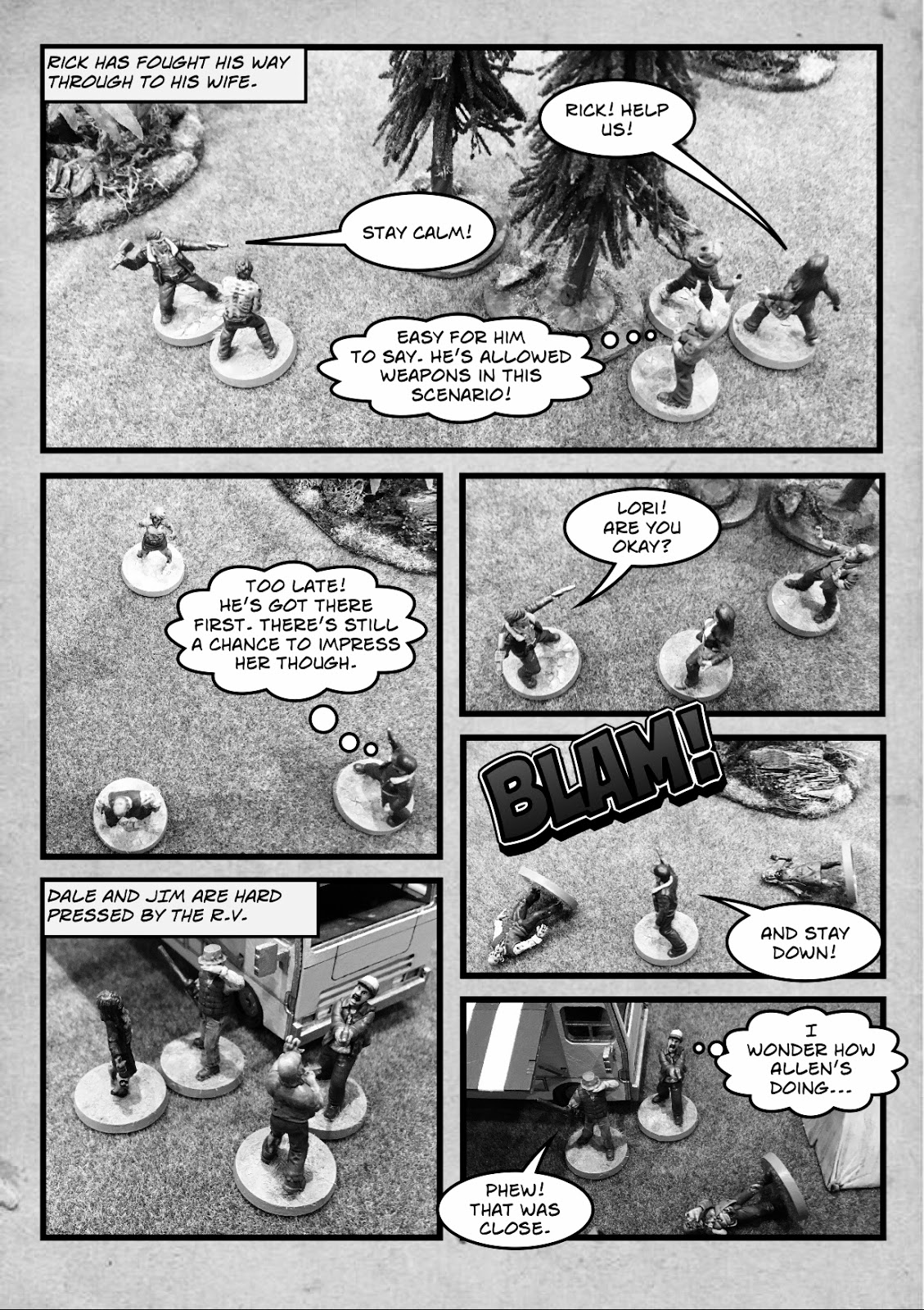 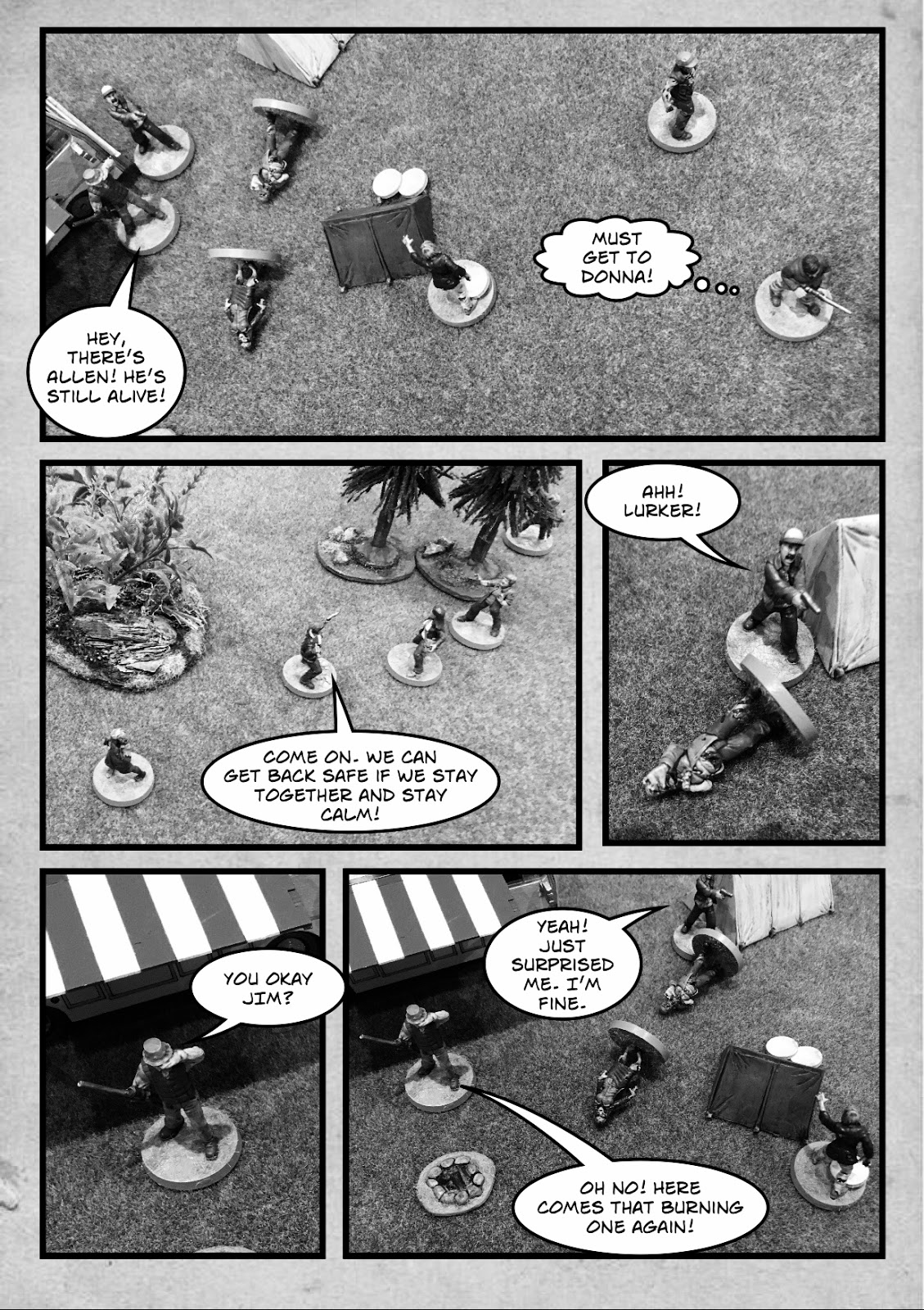 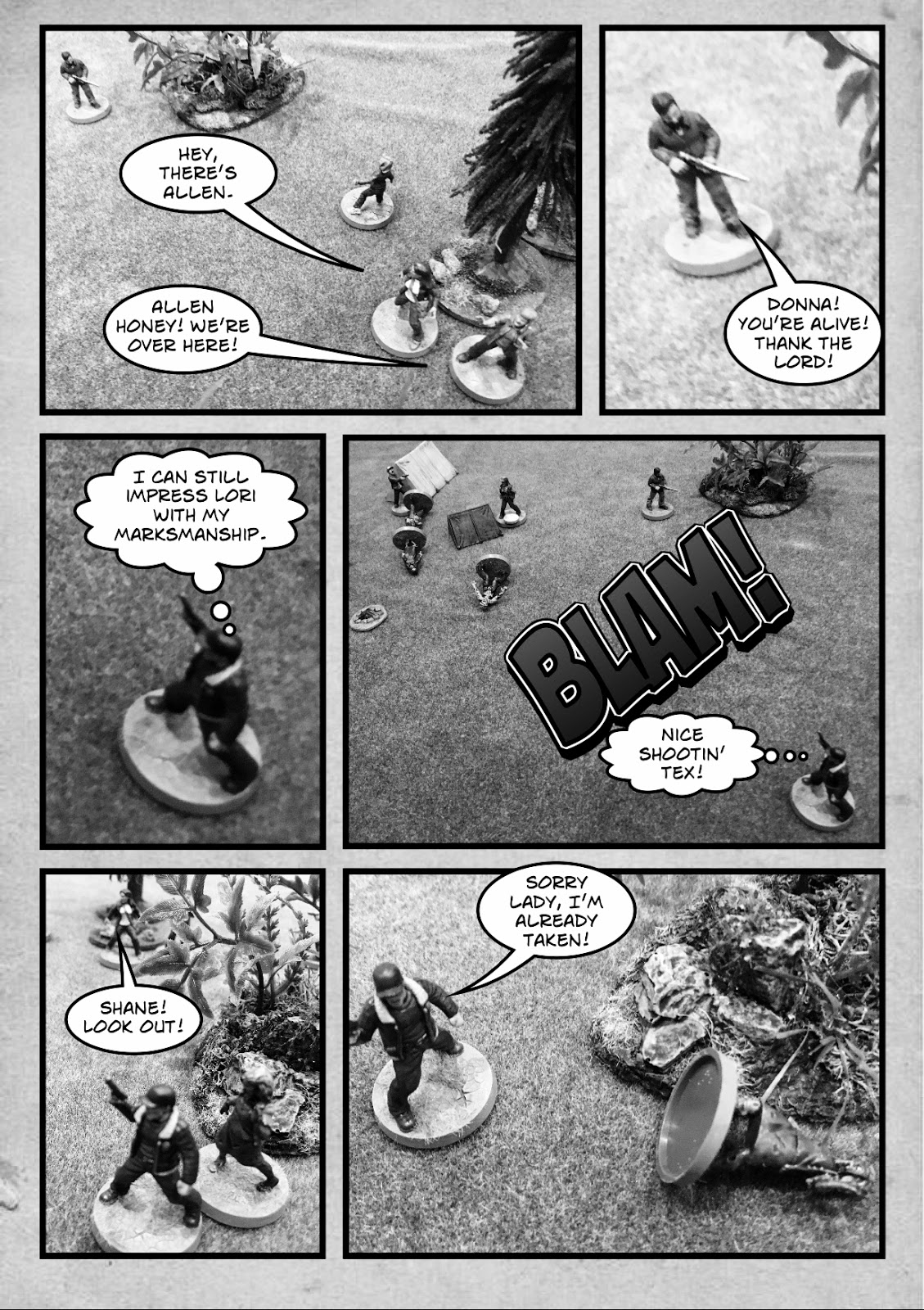 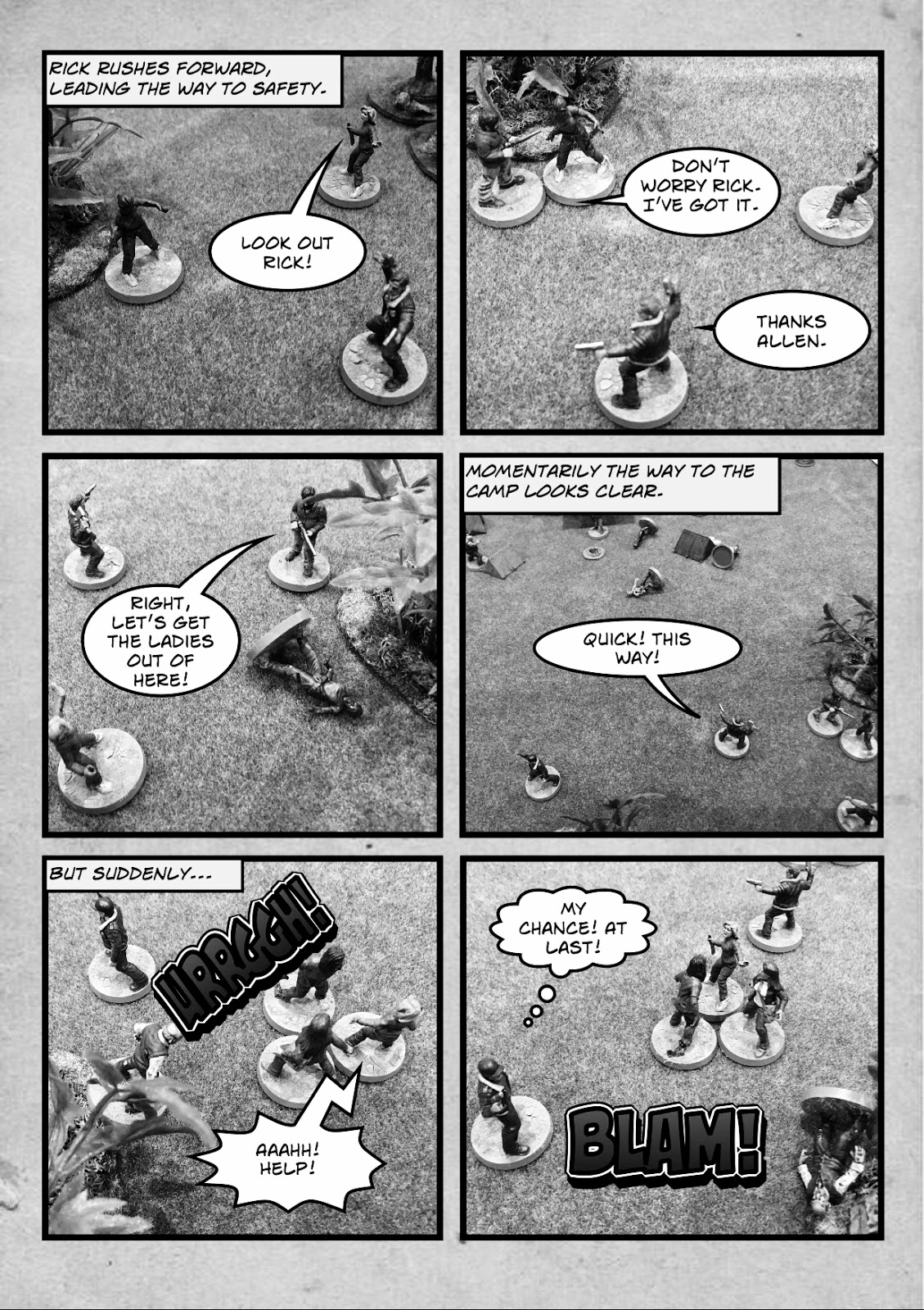 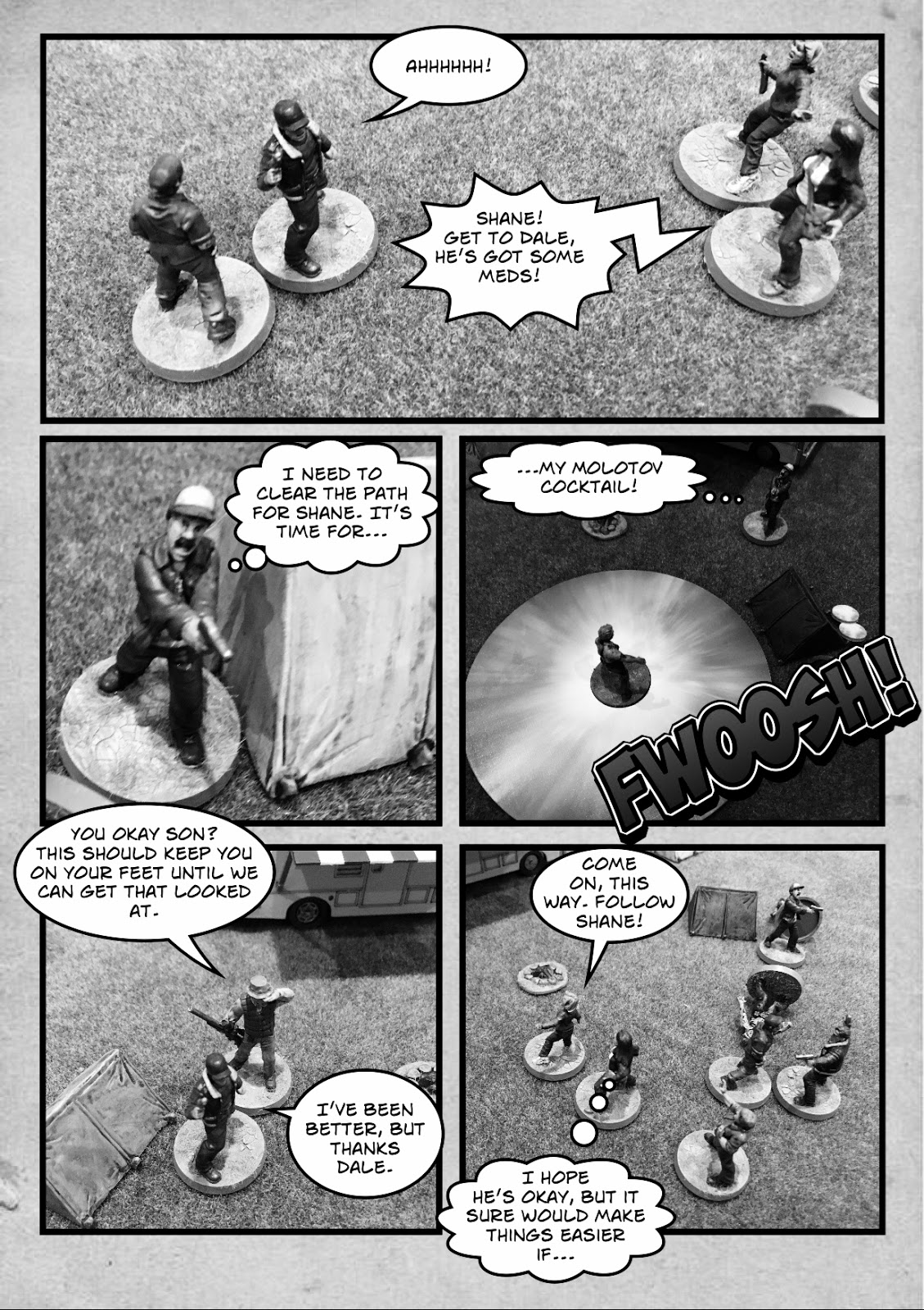 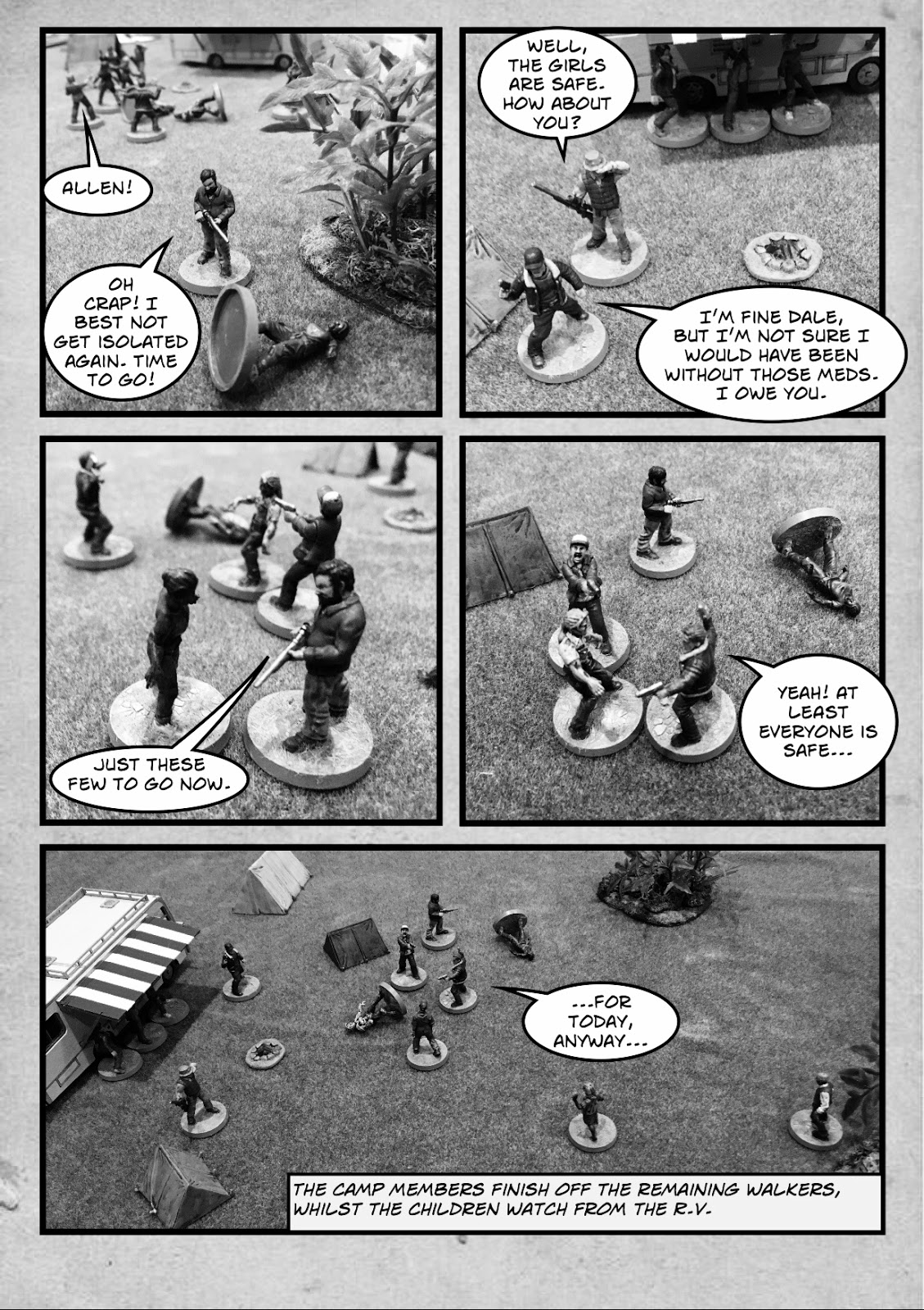 Despite almost losing Shane, without the meds he’d have been done for, this was actually fairly straightforward. One of the issues with the solo game is that with a large number of characters it becomes too easy to manage the threat level, and so barring bad rolls it’s unlikely that the threat tracker will get away from you.

Admittedly, Shane was having a bit of a nightmare with his rolls, but this was largely due to me not giving him a melee weapon.

For reference, my character death rules are that if a character dies in game, they are gone and I will need to adjust future scenarios accordingly. If a character’s death in the comics happens ‘off screen’ then it will happen no matter what, however, if a scenario is built around a situation which causes character death and they survive, then they will make it to future games.

These ideas will only come into play in the final two scenarios of Days Gone Bye, specifically for Shane, Jim and Amy. However, despite apparently being bitten, Shane will live to fight again.
Posted by Kieron at 11:40