An Army Worthy of Mordor?

The breeding of my Isengard army continues to outstrip the muster of Rohan by some way and my Army of the White Hand has now reached the vicinity of 500 points. 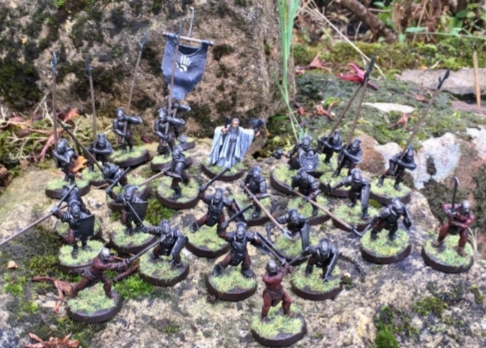 Admittedly, pretty much half those points come from Saruman and the Captain, and it’s a somewhat one-dimensional force which lacks cavalry, missile fire or a notable monster or fighter. However, it’s still a very playable force.
There have been a few new additions in the last week, including nine Uruk-Hai with swords and shields which lend a bit of defensive backbone to my lines and give the squishier pikemen something to hide behind. 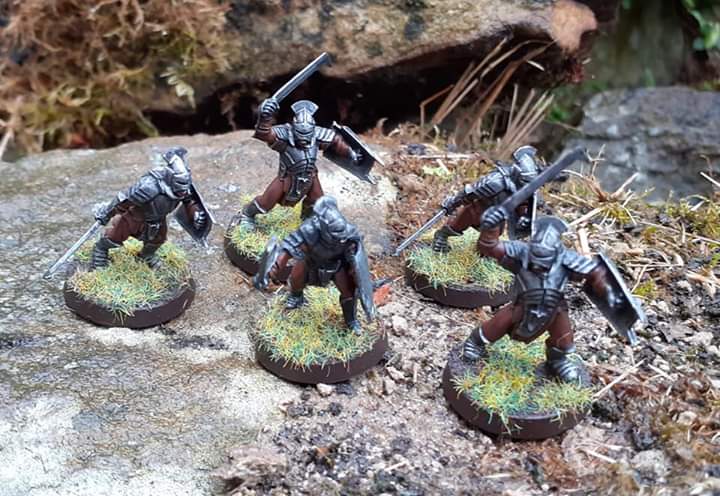 Also joining the host are three Berserkers, which have the potential to use those massive swords to hack chunks out of the opponent’s line. I have found out that they work best when paired with regular Uruk-Hai to get the most out of their berserker blades.
I’m still toying with adding some white hands to the Beserkers, but I need to work up the courage to do that.
Now being the intelligent, astute readers I know you to be, I’m sure you’ll have noticed the Outpost banner that’s popped up on the website version of this page.
This is because I’ve entered into an affiliate scheme with them, and yes, in the spirit of full disclosure, there is something in it for me.
However, I’m not a complete sell out,  Outpost are one of my local stores, and I’m very comfortable promoting them as a happy customer. In fact, their very competitive pricing policy dovetails neatly with the Cheaphammer ideology.
On that topic, if my army building has somehow inspired you to raise your own horde of Uruk-Hai, you could save yourself a lot of scrubbing second hand miniatures,  just go straight to Outpost and still feel like you’ve got yourself a bargain. The box of 24 plastic miniatures will get you pretty much everything for £20 except Saruman and the Berserkers (if you’re willing to convert banners and captains).
If you follow the link below, it will take you straight there...
https://www.the-outpost.co.uk/product/lord-of-the-rings-uruk-hai-warriors/aff/37/
Posted by Kieron at 05:27