This post is a bit of a bits box special, as both miniatures required a good rummage amongst the detritus of my hobby to get to where they are.
However, both were worth it as Saruman and the banner bearer will add a bit of much needed backbone to my fledgling, and somewhat one dimensional, force. 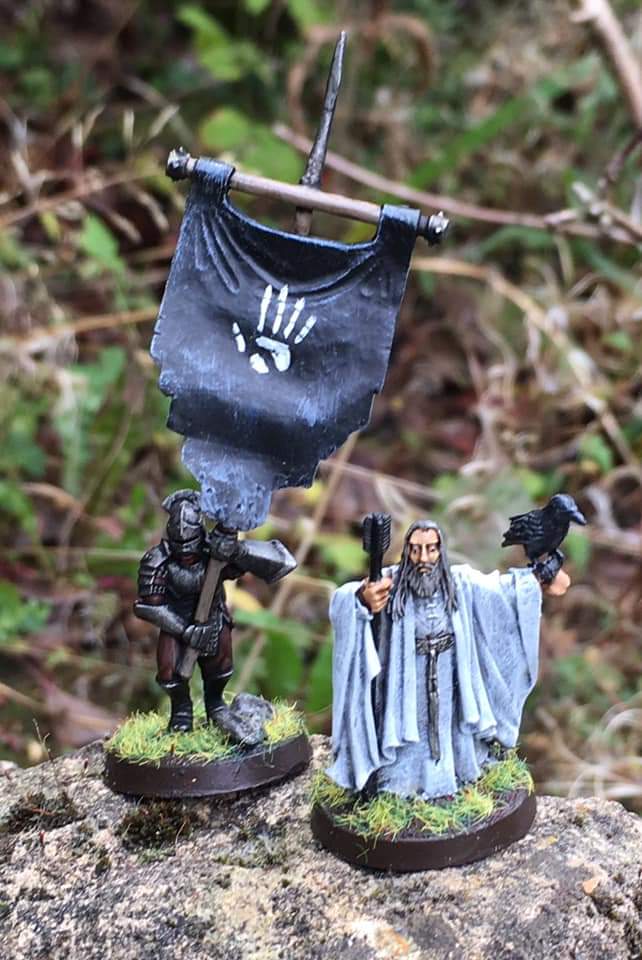 Saruman is one of the few modes that didn’t get sold along with the rest of my collection. One reason or this is that there was a painted Saruman already done, the other reason also explains why he doesn’t look quite like other versions of the model.
For some reason, in my youthful wisdom, I had chopped off the head of his staff, along with his left hand (holding the Palantir of Orthanc) and painted him blue.
No, I don’t know why either.
Therefore, he required a dip in the Dettol, a new staff head adding (it’s actually the flight of a Bretonnian arrow) and a new left hand (again taken from the everlasting Skeleton Warriors plastics). As I had no spare orb holding hand, I needed a reason why he was holding his arm out so rigidly. The crow from the Renedra gravestones set prompted me to remember the Crebain from Dunland that Saruman uses to spy on the Fellowship. Not only would this seem appropriate for the position of his arm, but also the spying capability of the Crebain could be construed as replicating the effects of the Palantir in game.
Result. 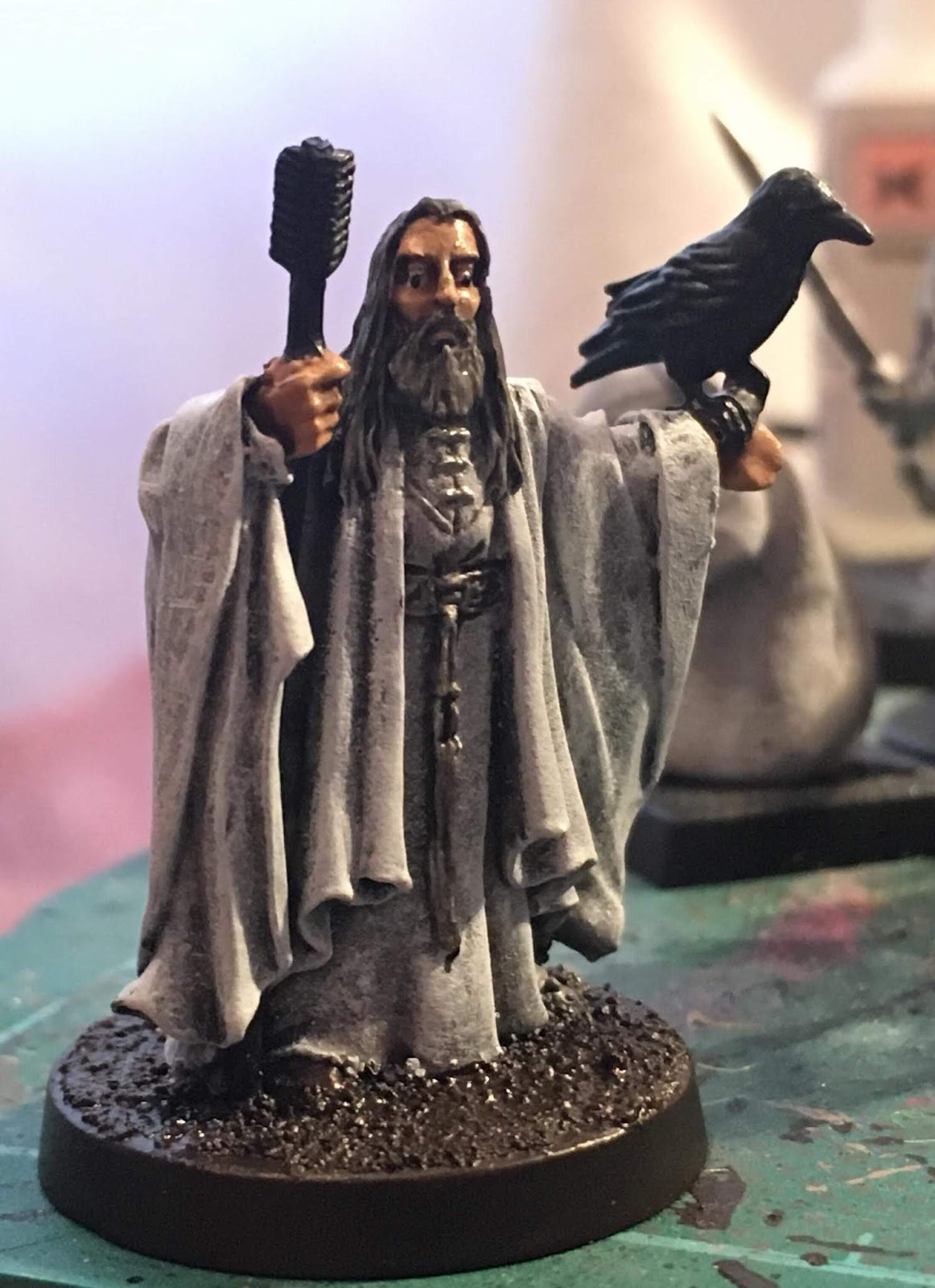 Painting Saruman was ridiculously easy. I’ve done his hair darker than it probably should be , but I wanted greater construct against the white of his robes. A ever, the photos have highlighted an issue, this time one of his eyes extends into the eyelid, so I’ll it that at some point, but otherwise I’m happy with the results.
The banner bearer is another of the broken pikemen,to which I’ve added a Skeleton Warriors lance and a plastic banner I picked up from somewhere. The construction makes the model a touch top heavy, so I’ve had to take steps to weight the base a bit, hence the rocks.
I had another go at painting the hand and I’m really happy with this one. If I’m honest, it’s probably a touch small, but I’m not going to change it when I’ve got the actual image to look like what it’s meant to be.
Overall, I'm happy with him, but it remains to be seen whether the model over balancing will change this situation at all.

So, my forces grow apace. Things should slow down a touch for Lord of the Rings as I’ve finished everything I was working on and so I’ve just undercoated some more Uruk-Hai and Rohirrim. Also, as it’s no longer September, that means Zomtober is upon us, and I shall have to shamble back to my Walking Dead Models for at least some of the month.