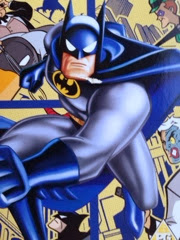 After the festivities of Zomtober and the much needed motivation it gave me I've decided to grab a new theme for a new month.

Given that my long stalled Gotham project had also benefited from last month in the shape of Comissioner Gordon and a SWAT team, continuing with this project was a fairly easy choice.

For those that don't know, I began this project last year before the arrival of the Batman Miniatures Game from Knight Models. Even though I have that game in mind, I'm not exclusively using either their models or the characters that they release. Most of the figures I've done have been Heroclix reprints which not only scale well with Knight's 35mm minis, but also are a damn sight cheaper given that I had them already. I am quite picky about the sculpts that I use though as some Heroclix stuff is truly horrible and I have been making some careful purchases.

The rosters so far...

As you can see, the villains are a bit thin on the ground and severely lacking in henchmen and transport, so much of what I'll do this month will be focused on them. I'll also be working on some terrain with the aim of having a playable board at home.

So, what are the rules?

Each week, usually a Sunday, I will complete at least one miniature or terrain piece for this project.

And as a special launch party treat I have few to begin with. 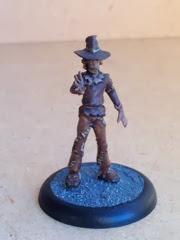 First up, Professor Jonathan Crane, aka the Scarecrow, the Master of Fear. On of Batman's more one dimensional foes, he is a psychologist who likes to scare people so he dresses up like a...you're with me...and commits crimes using fear gas.

The model is from Heroclix and frankly isn't amazing, however, it is the best I have and I don't really like the Arkham City version that Knight have done either so he'll do until a better option presents itself. 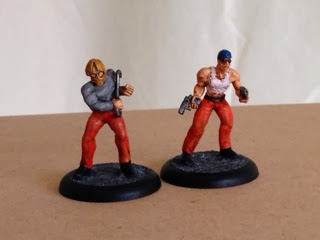 Next up, a solution to the paucity of henchmen. Two escaped Blackgate prisoners. Again these are Heroclix, one with a head swap. These will actually duplicate the two henchmen I've done already for the Batman Miniatures Game, but this isn't a problem as the Blackgate Prisoners are useable by all villain gangs and I've got plans to alter the two I've already done. 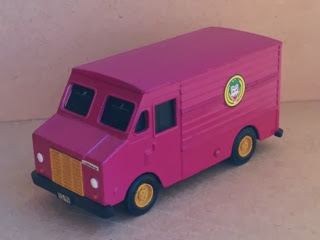 Finally, some wheels for Mr J. This is an Ertl van I got off ebay. All I've really done is touch up some chipped paintwork, toned down the hideous yellow on the hubcaps and grill, and blacked out the windows (there's actually a Joker driving it, but he has a HUGE head). This will mainly serve as scenery, but I've got some ideas for using other rules which may see the Joker Gang pile in the back to escape from a heist.