After a bit of a painting hiatus, largely down to real life business and rearranging my gaming room, I’ve finally finished another member (well, technically two members) of the Great Rebellion that I began in June.
I give you...Madame Razz, Witch of the Whispering Woods, and Broom, her broom. 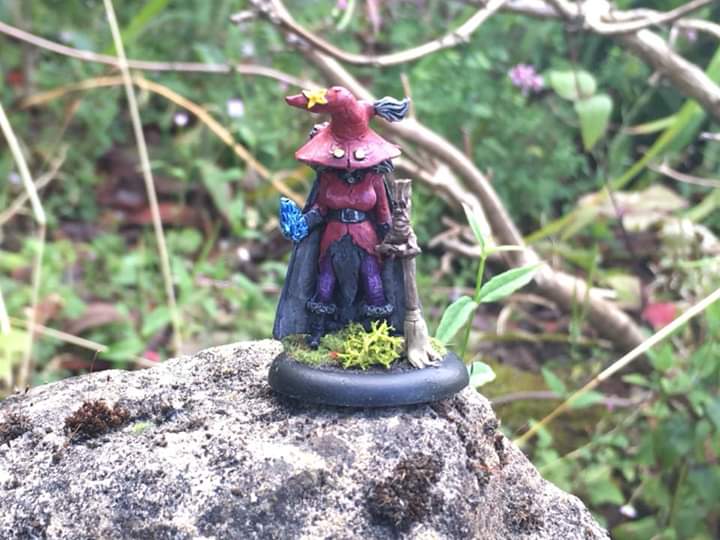 In the original She-Ra cartoons, Madame Razz was probably my least favourite character. A combination of being an Orko-clone (the costume was scarily similar, for no reason) having a broad New York accent and being the source of dubious comic relief. She also looked like this;

However, as with all these things, characters get reimagined for a cooler, more image conscious age and so and internet person called Cody Constable came up with this: 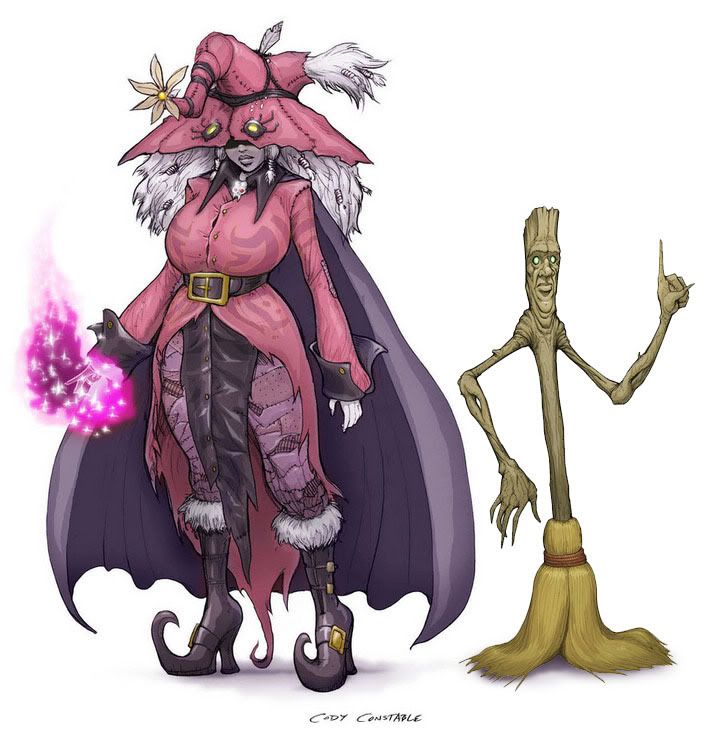 I approve.
As does the sculptor of this miniature, which is clearly based on the artwork, and means I can now use Madame Razz in my games without wanting to throw the model out the window. 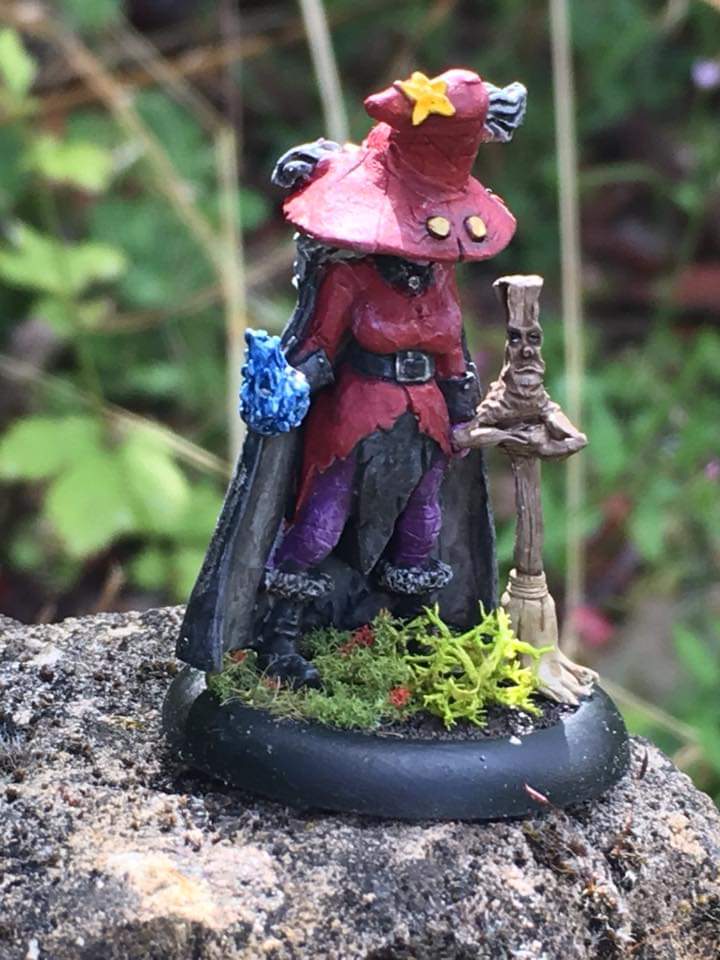 In game terms, I’m basing Madame Razz on the Crackpot Inventor, as the gadgets can easily be used to replicate Madame Razz’s many and varied spell effects.
In terms of Broom, I did think long and hard about whether to base him separately, but in the end, the 7TV rules made the decision for me.
Although I could have used him as an extra, the game has no real ways for characters to carry each other, therefore it seemed most sensible, given that usually these two are inseparable in the cartoons, to base them together and simply give Madame Razz the Fly Special Effect.
I know I promised cards when I did the post on Glimmer, but I’m having a few issues with the casting agency working on my laptop, so they will come once I’ve sorted out a work around.
That’s the last of my Masters of the Universe miniatures for now, although I do have a few order in process for custom miniatures of a variety of characters, so there will be more soon...ish...
Posted by Kieron at 08:18